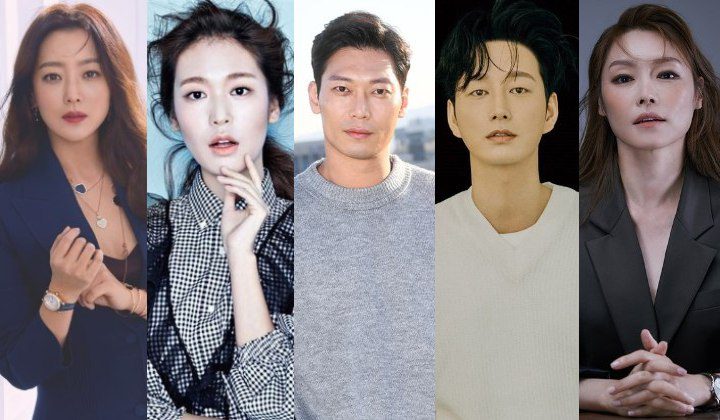 The drama explores how marriage has devolved into a battle of assets among the wealthy – disguised under the mask of “in the name of love.” Our story follows a group of people whose life ambition is to enter and remain in society’s upper class. In order to secure their social status, they register with an exclusive marriage agency and scheme to marry (or re-marry) someone in the agency’s top-ranking VIP black tier.

Kim Hee-sun takes on the role of Seo Hye-seung. She had once been a middle-class housewife, living a happy and comfortable life in a well-to-do neighborhood. But, in one moment, she lost everything. When she meets the person who caused her life to crumble, she vows to get even, and rise above them in society.

Lee Hyun-wook plays the part of self-made CEO Lee Hyung-joo, one of the top eligible bachelors in the marriage agency’s black tier. His first marriage failed, and he’s determined in his second marriage to marry someone who will be beneficial to him.

In support roles, Jung Yoo-jin is a corporate lawyer named Jin Yoo-hee who’ll stop at nothing if it means becoming a member of high society. Park Hoon is a well-known professor who is embroiled in an inheritance war with his family. And, last but not least, Cha Ji-yeon is Choi Yoo-sun, CEO of the drama’s marriage agency.

Writing for the drama is Lee Geun-young (I Am the Mother Too) and directing will be helmed by PD Kim Jung-min (Weekday Afternoon Lovers, Bad Guys). A release date has not yet been announced.

Will Lee Hyun-wook ever not be in a bad marriage or a cheater?

It's not time travel for Kim Hee-sun, so I'll take it! I like the cast and plot too.

A sort of satirical makjang? Done right this could be really good. Done wrong a total lead balloon. I will check it out when it comes out.

oh another drama about the uber-rich... already giving me similar vibes to Mine what with Lee Hyun-Wook being casted