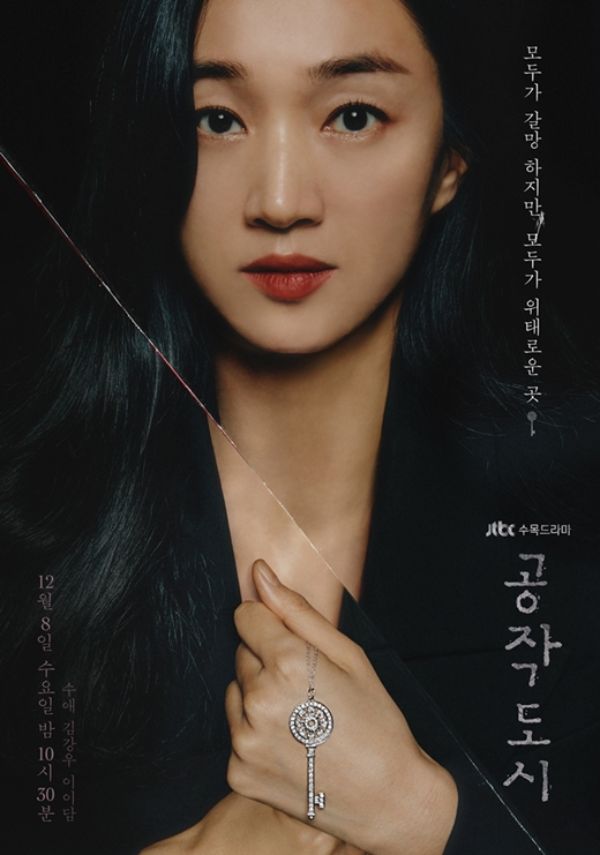 Su Ae (The Man Living in Our House) stars as a woman with ambitions to rise to the top in upcoming drama Artificial City (Korean title Gong Jak City). The drama is set against the backdrop of a museum funded by Sungjin Group, a conglomerate that has a stranglehold on the business world of Korea.

The character that Su Ae plays is Yoon Jae-hee, the second daughter-in-law of the Sungjin chaebol family. Her desire for and obsession with survival is unlike any other. In the posters featuring Su Ae, the caption reads: “The place that everyone craves, but where everyone is in danger.”

The teaser begins with an innocent scene of Su Ae in her bed asleep, but then her ominous monologue begins: “You were satisfied when you saw my failings.” She pours her wine out in the bath, and a family photo of her, her husband, and her son flashes by. Scenes of fighting and kissing are shown, and she suddenly says, “I don’t want to live like you.”

Her husband throws something and shatters glass as she flinches. The voiceover continues: “Your success shines even brighter when compared to my shabbiness.” A woman is shown drowning another, and Su Ae kneels on the ground in front of another lady.

A woman is dragged through a dark warehouse by her hair, and Su Ae continues: “My poverty only made your good deeds shine brighter.” Another woman points a shotgun directly at Su Ae, just feet away from her, and in the next cut, she’s on the floor. A tear rolls from her eyes, as the last comparison is made: “My darkness makes your world seem brighter.”

Suddenly, the scene changes to a sunny summer sky, and a reverse time lapse rewinds everything we just saw. In a determined voice, Su Ae says, “If I were going to give up at this pathetic moment, I would never have started.” 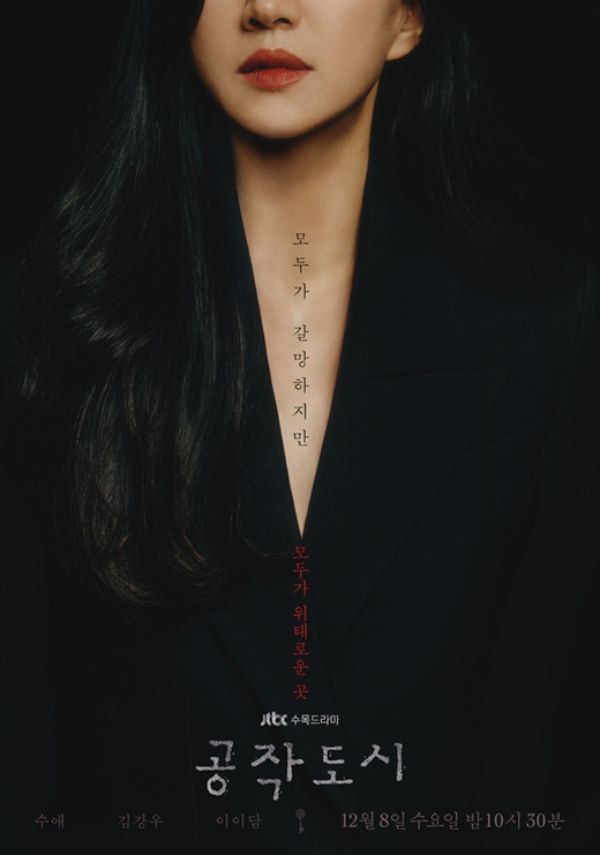 Soo Ae looks gorgeous as always. She was great in Mask as an heiress doppelganger so I might check this out.

Wow... that was another upcoming revenge Kdrama (or it's just an upcoming revenge Kdrama in the aftermath of Mine andHigh Class alongside with fellow JTBC's Reflection of You and even the sea of ongoing revenge Kdramas (which was supposed-to-be joints of the sea of sageuk Kdramas out there! I think in my opinion that if Artificial City will premiere, then the seas of sageuk and revenge will be flooded to the Kdramaland soon as it will reaching the highest levels) planned to be joining by Show Display: The Queen's House andMelancholia?) I love so I definitely checked this out!

Are there ever any happy chaebol families? 😭

The queen is back!! Seriously, she's talented, beautiful, charming, and distinct. Why was she m.i.a for several years? In the late 00's/early 2010s, she was one of the top actresses in her field on both tv/film. Tbh, JTBC has sorta lost their luster for me this year. Had this been on tvN, I would've been more jazzed. For her sake, I hope this brings her back into the spotlight again, and ups her profile again.

Agree. She was very popular from 2010_2013 then after that disappeared. Such a pity. Can actually using both hands how many drama series she appeared in. I personally feel she is a very charismatic actress and has such a nice figure. Really hope this drama is exciting and will hook the viewers’ attention. Wishing success for both JBTC and her.

The description for this show is reminding me of Queen of Ambition, where Soo Ae was also the lead. She is great in these types of roles.

And Kim Kang-woo as the husband, double nice!