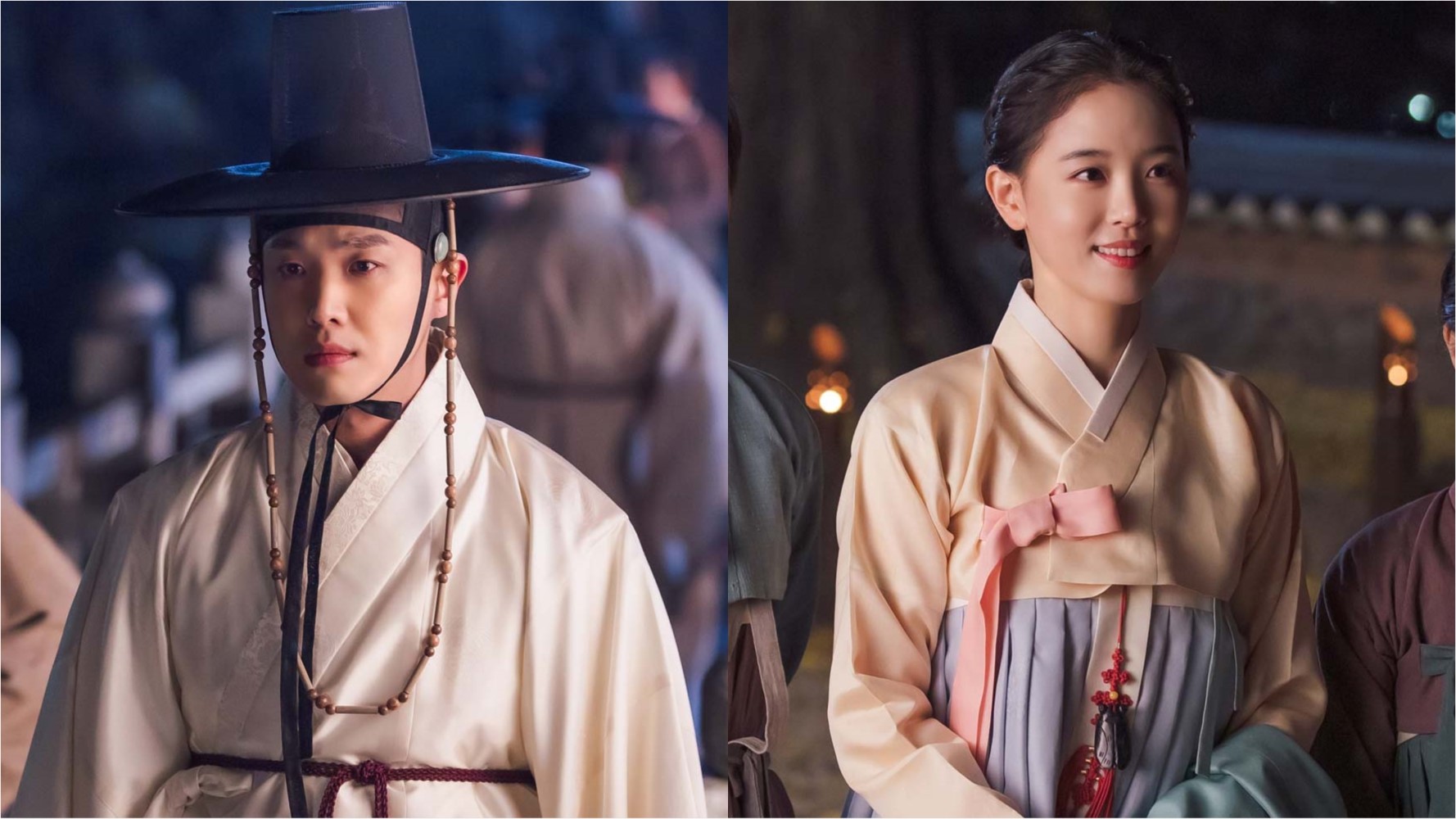 As filming continues for KBS’s upcoming sageuk Red Heart, we’ve been treated to a steady stream of character stills featuring the lead cast: Lee Joon (Bulgasal: Immortal Souls), Kang Hanna (My Roommate Is a Gumiho), and Jang Hyuk (Tell Me What You Saw).

In a story set during the Joseon period, rife with political intrigue and complicated romances, Lee Joon plays the fictional King Lee Tae. Determined not to be a weak ruler like his father before him, Lee has his eyes fixed on instituting an absolute monarchy and is willing to do whatever it takes to achieve his goal.

One of Lee’s obstacles, though, is Kang Hanna who plays the character Yoo Jung. In Lee’s younger and more innocent days, the two had been lovers. But now they stand on opposite sides of the political war for power, and in order to survive, Lee can no longer be by her side.

Free-spirited and open-minded, the shrewd Kang never dreamed of being trapped within the palace walls, nor does she abide by the Confucian doctrines that dictate the social rules of the upper class. But her circumstances place her in a forced situation, and in order to ensure her own survival, she’s determined to become Lee’s Queen.

Adding to the complications is Jang Hyuk, who takes on the role of Park Kye-won. As a high-ranking government official, he’s second to the prime minister, but Jang is the actual power holder behind the throne.

Having witnessed the cruel tyranny of a former king, Jang led a reformation against him and succeeded in deposing him. However, Jang is dedicated to being a faithful servant to the nation and maintaining a benevolent ruler — which means keeping close tabs on Lee Joon’s every step. 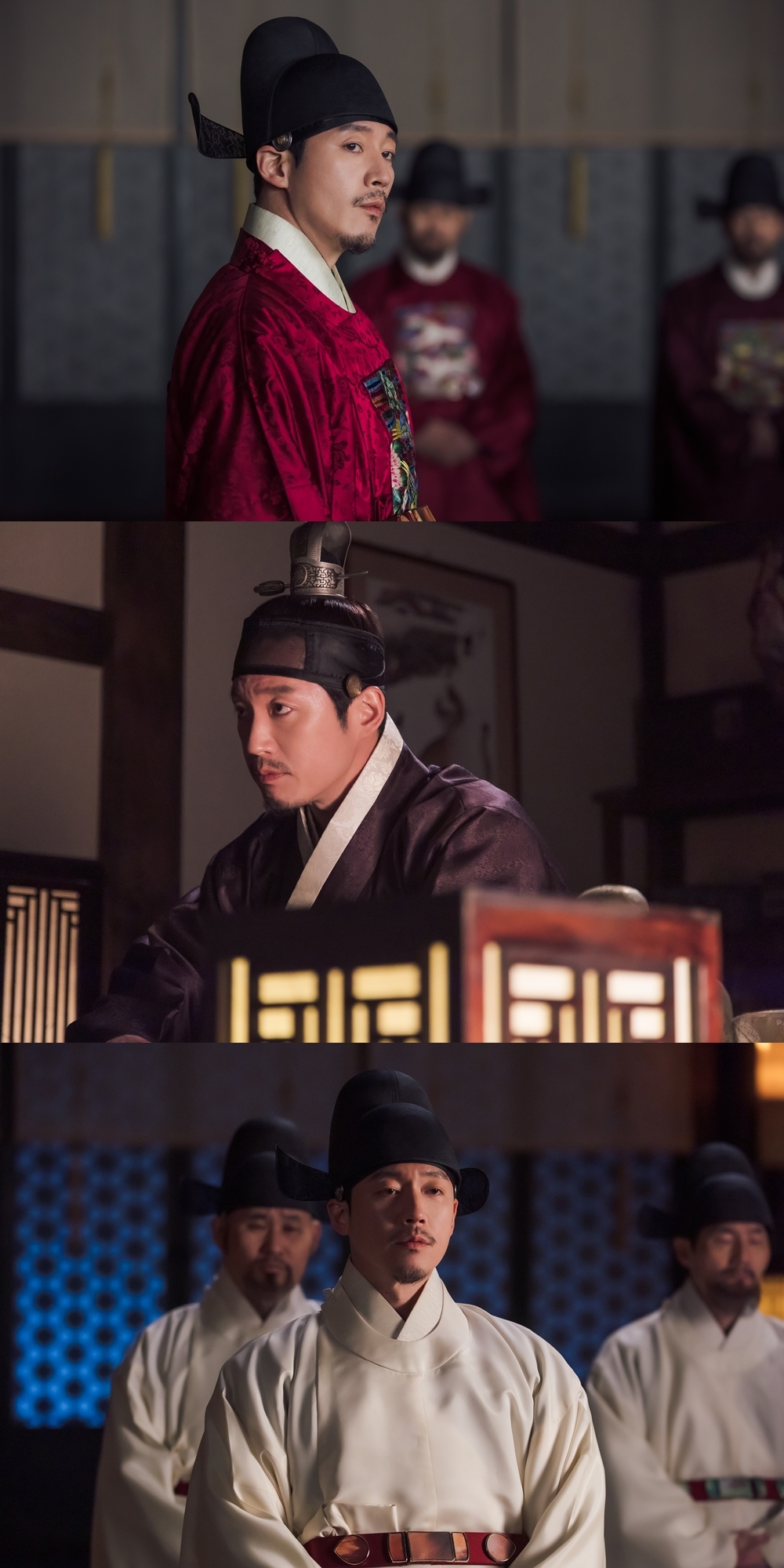 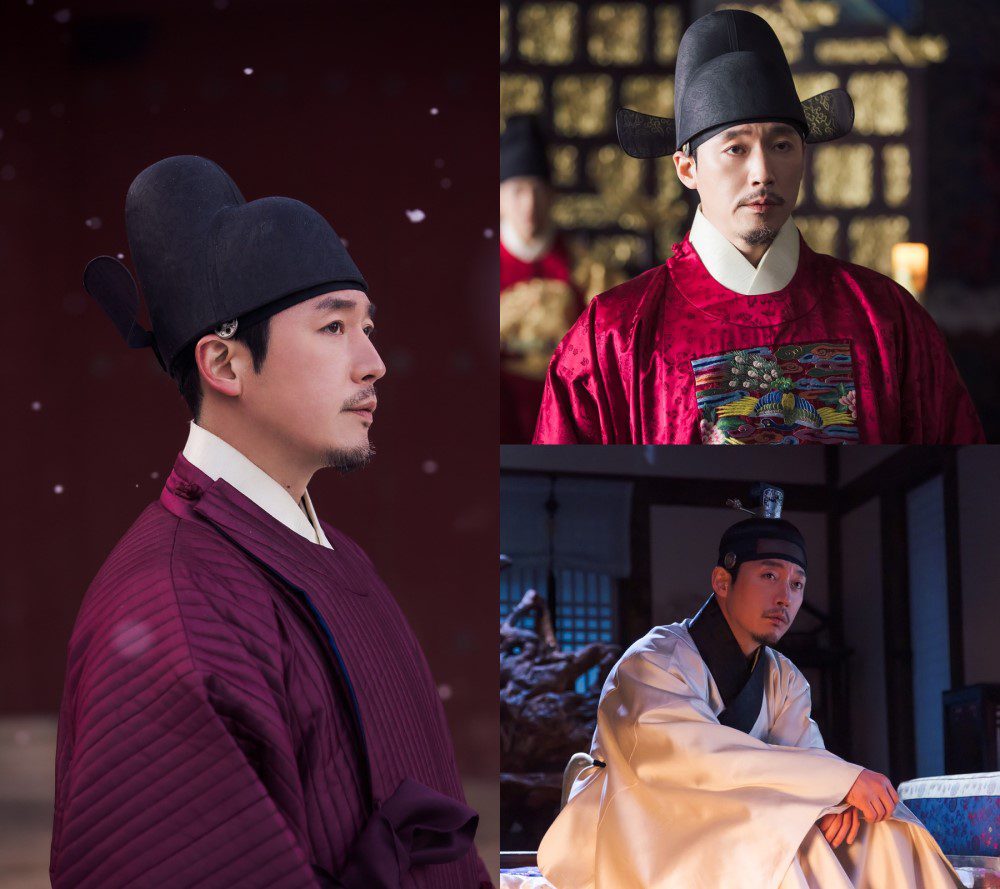 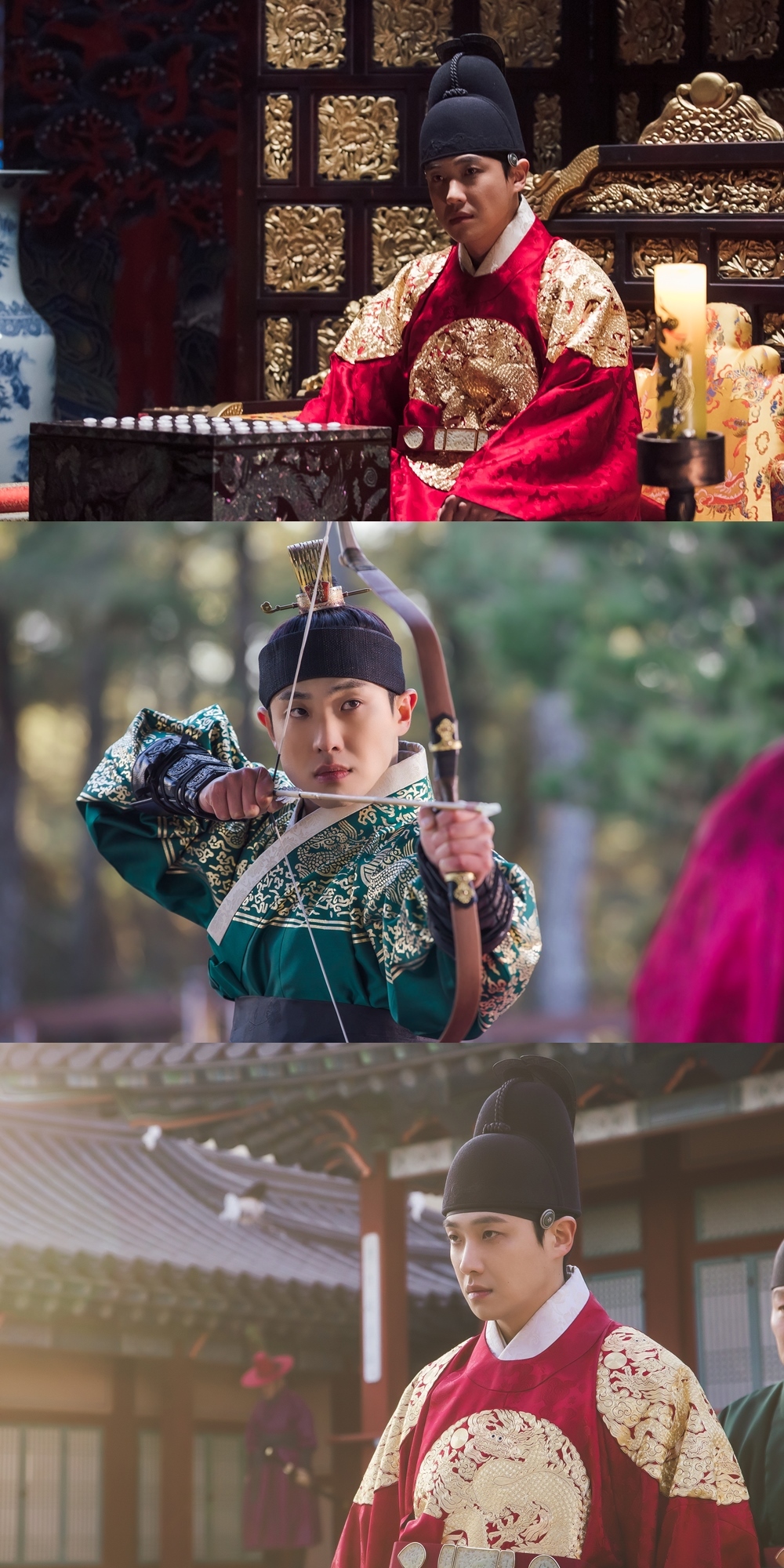 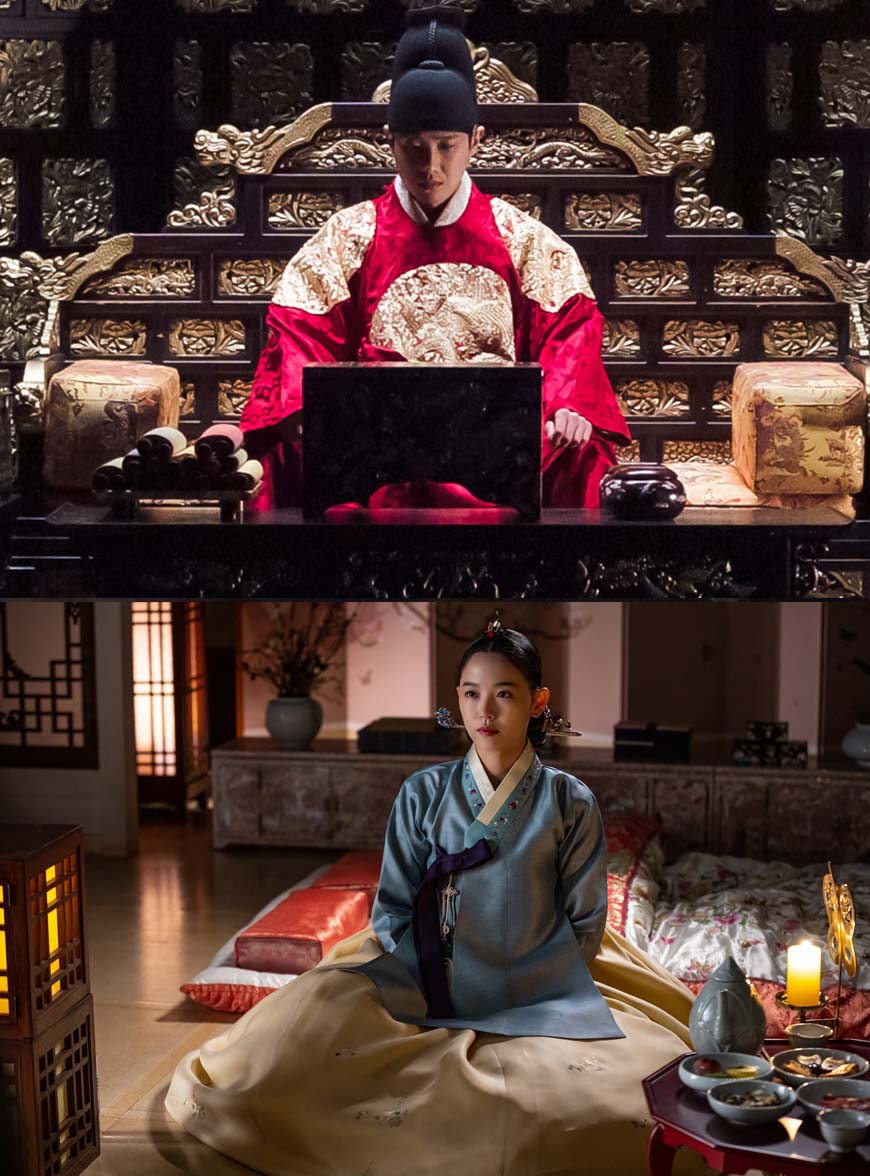 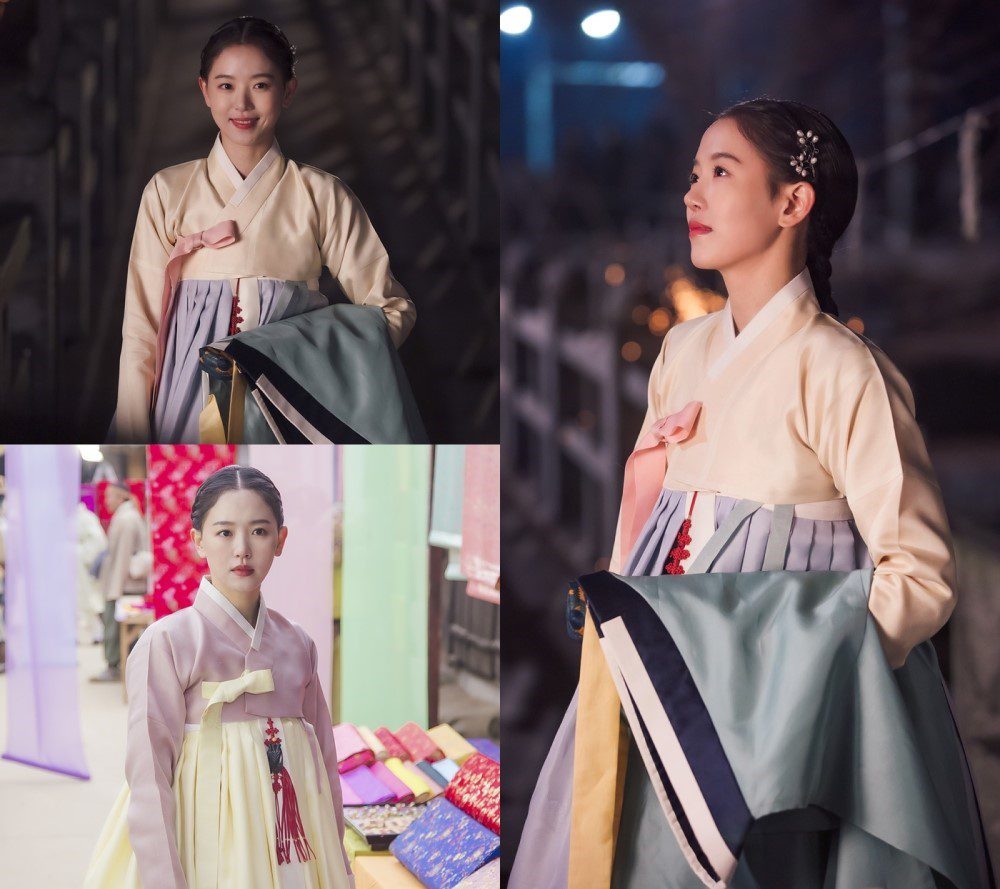 Another Moonshine loading (delightful squeeing) except I love this setting- in-palace politics of all main characters.

Plus its Kang Hanna, give her some solid characterization, Writer-PDnim.

I'm not a sageuk fan, especially ones centering around palace politics, but I am looking forward to both Lee Joon and Kang Hanna in leading roles and Jang Hyuk is always a favorite of mine.

I'm still hung up on the last Sageuk (TRS) I watched so I don't think I'm ready for another one, more so, one with "Red" in its title 😅

I had the same thought, lol, but I'm still excited about this one. It does sound like it may have the same tragic tone as Red Sleeve, though.

Lol I also caught that... there is red in the title. Ahahaha it sounds interesting, but I always struggle with the court politics haha

I've been seeing it referred to as Bloody Heart too. I like that title better.

Kang Hanna in a lead role? FINALLY!!!!!!!!!
A chance to see Lee Joon on my screen again after the seduction that was his role in BULGASAL.
I am definitely going to try this one

Jang Hyuk, Lee Joon and Kang Hanna in a saguek. Yup count me in!

I have not watched the writer's previous work, Cantabile Tomorrow, so I am hoping a solid writing for such a great cast.

The writer penning Cantabile Tomorrow with Joo-won as the male lead? I don't have any trust left in him/her. That one was a struggle watch for me.

OMG, I remember how bad that drama was, but this cast😅. I need to hear at least one piece of maniacal laughter from Jang Hyuk. That will make it worth it, even if the writing is bad.

Aww hopefully the writer does better this time around.

I will watch it just to see Jang Hyuk back on my screen.

I loved too much the Japanese version to watch the Korean one. I dropped after the first episode...

It sounds like we lucked out by missing the writer's previous work. I have to try it for Jang Hyuk and Kang Hanna.

I will watch it just for the cast alone. Finishing it depends on how good the story is.

This looks amazing, and both the main and supporting cast look amazing. I'm just frustrated that all we get are 16 ep sageuks. Give me back my 50 episode series!!

What is it about Jang Hyuk that he only has to stand there looking thoughtful to become a focal point? Somehow, he manages to be more interesting than everyone around him just by the tilt of his chin and the look in his eye.

He is always MAGNETIC!!

I wonder if Jang Hyuk will steal the spotlight in this drama as he's not become a first lead male but Lee Joon is not "the weak" actor, so you also can ignore him in this drama.
so, I hope this seaguk will delivered story that I miss the most in saeguk drama lately which is complicated political story in the palace .

I only like Jang Hyuk in sageuk. I didn't like any of his modern dramas. I think I will miss his fan!

I don't have much faith in the people behind this show, but I'm a hopeless fangirl when it comes to the Hyuk and Kang Hanna.

Fingers and toes crossed that the writing will be at least decent and not a "Nodame Cantabile" adaptation that ruined the talented Shim Eun-Kyung's career.

I’m with you.
Last years Reds (Sky and Sleeve) were too much, but I just can’t say no to Kang Hanna and Jung Hyuk 🥺

I have the same concern. The cast is only why I would watch. Hopefully Shim Eun Kyung is doing well in Chungmuro, she really was on a rise when she did that drama but never risked doing one again.

Seems like I'm wrong on the last one. She is doing Japanese dramas and was also in Money game with Go soo and Lee Sung Min. Nonetheless, I hope the writer does justice to this awesome cast they have garnered for the show.

I'm in too for the same reasons. Hoping for a replacement fan too.

I'm so tired of the Joseon costumes. I want to see some manly Goryeo blings and mane of glory dang it.

Hi @kiara. If MDL is correct KBS’s KING OF TEARS: LEE BANG WON will finish on Sunday, May 1 and KBS’s RED HEART/BLOODY HEART will commence on Monday, May 2 so there will not be 2 sageuks from KBS airing simultaneously which is a good thing.
As for availability I am keeping my fingers crossed and assuming that this will be available on Kocowa and Viki but as of now we are being held in suspense.
Folks should be prepared for a ‘political’ sageuk rather than a ‘romantic’ sageuk I would think. Lots of facial hair and look-a-like ministers perhaps.

O/T. Have you made your move across country?

We plan to move during the fall, and I'm very grateful that we don't have to pay for it; less stress.

Does this mean that Kang Hanna gets a lead role? She certainly has the ability needed for it.

As excited as I am about this cast (Jang Hyuk in a sageuk! Kang Hanna in a lead role!!), the writer’s previous work does not inspire confidence. Still no way I’m skipping this though. Let’s hope they find a way to give Jang Hyuk a fan.

This is a must watch....please be good. Don't waste this awesome cast on bad writing! Finally this drama is coming soon.

It was great to see Lee Joon in his recent stint on Bulgasal so I'm super glad to see him tackle on another lead role.

I've never watched Naeil's Cantabile but if the remake was not as good as the original, it's understandable because imo Nodame was one of the best drama in term of acting, plot wise and everything. So hard to remake as a fair version. Let's see if the writer give her best here.