Premiere Watch: Red Heart, There is No Gu Pil-soo, The Sound of Magic

We are looking at three new premieres this week and thankfully some of them pad out the drama schedule a bit more (translation: they’re not weekend shows). KBS’s sageuk will likely be successful in the dead quiet Monday-Tuesday slot, while Netflix hits us with some magic, and ENA offers their first drama to the public. 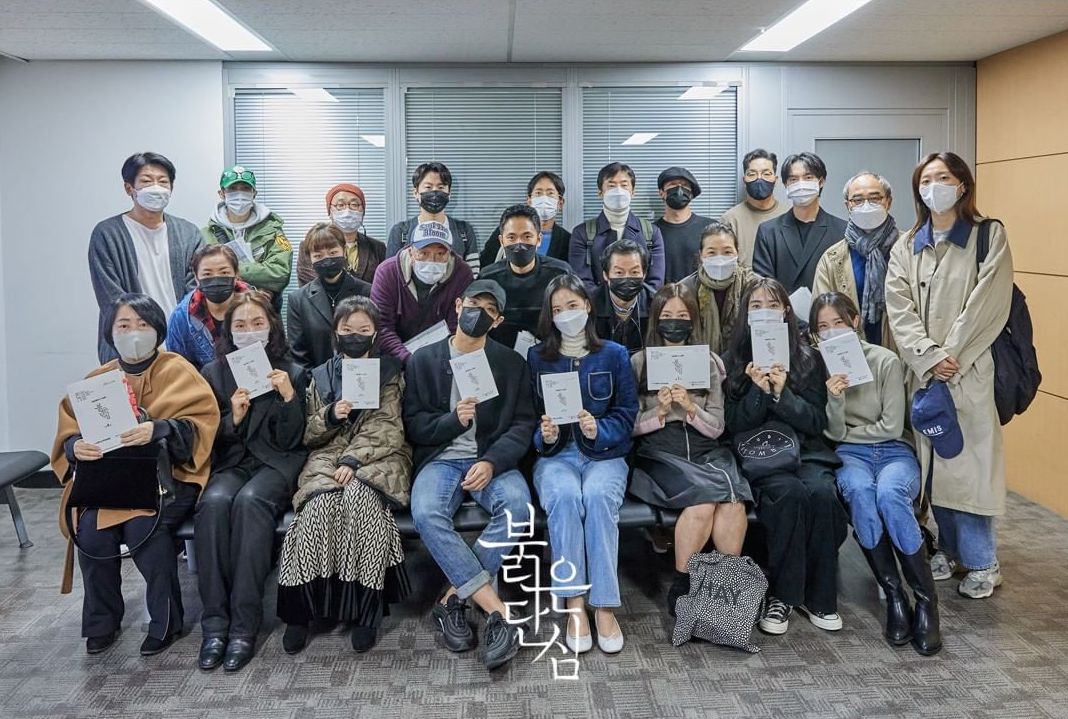 Reasons to watch: If I said Jang Hyuk + Lee Joon + Kang Hanna, would you be sold? Thought so. Add these three front-lining an epic sageuk, and it’s practically guaranteed to be great. Right, Show?! Covering the reign of a fictional king, the drama tells the story of political intrigue, separated lovers, and the puppet master behind the throne. As much as the setup sounds good, it’s the cast that I keep coming back to. I’m just dying to see Jang Hyuk and Lee Joon face off here, and all the masterful acting we’re sure to get as all three of our characters vie for survival, power, and love.

There is No Gu Pil-soo 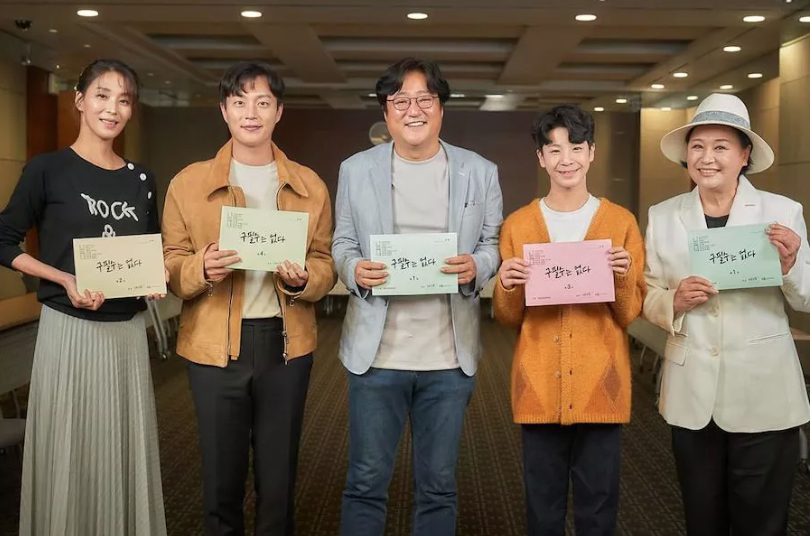 Reasons to watch: It’s just a bunch of question marks from me on what to expect from ENA here, but There is No Gu Pil-soo is the first drama under the new network after their merger and rebrand. It might not be the sort of drama to attract a lot of global attention, but there’s a lot coming down the pike from them, so it should be interesting. In the meantime, There is No Gu Pil-soo stars Yoon Doo-joon and Kwak Do-won in what’s touted as a comedic bromance story, but with relatable storylines around education, employment competition, social issues, and more. I can’t say I’m banging down the door to check this one out, but I do love me some wacky Yoon Doo-joon.

The Sound of Magic 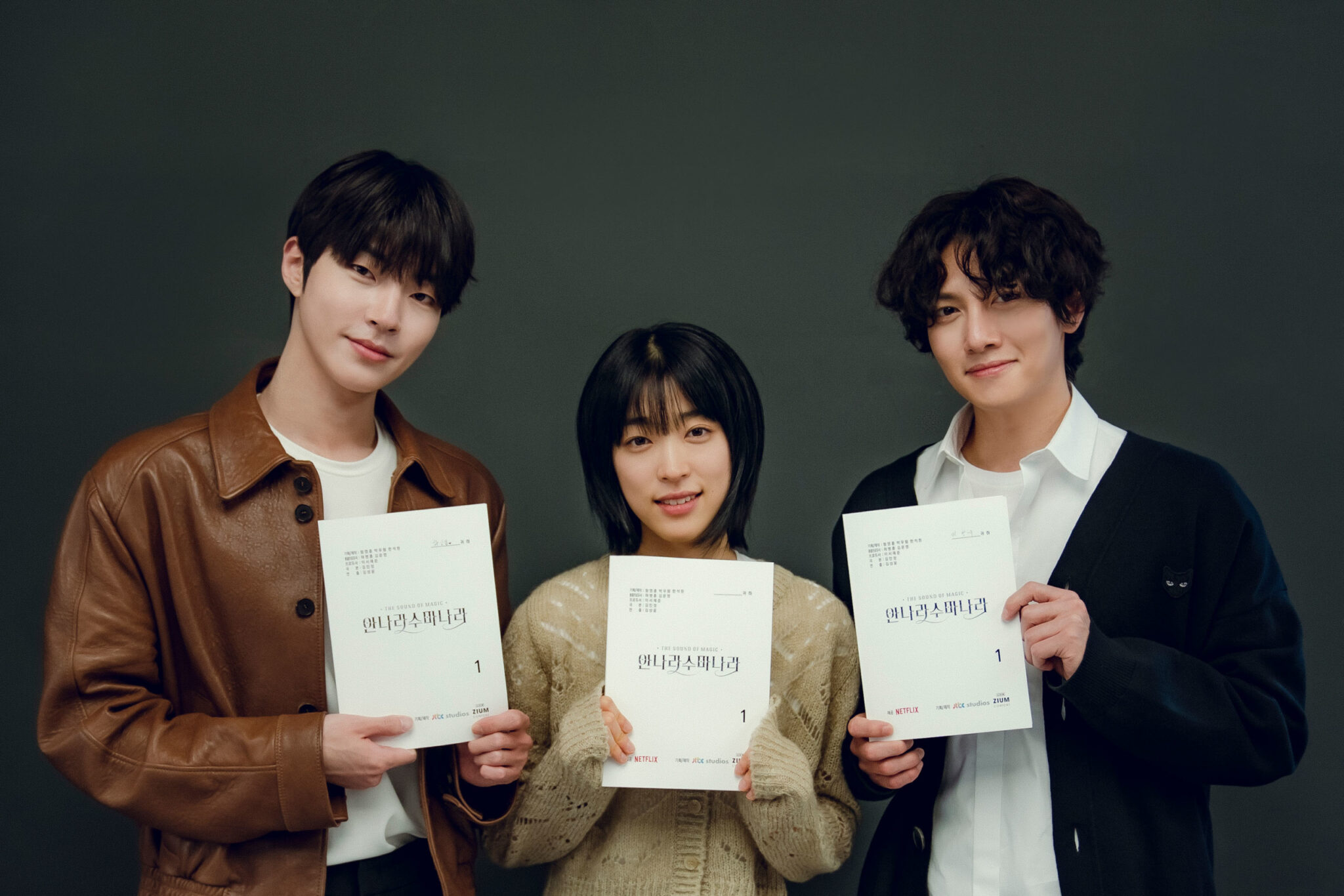 Reasons to watch: Ji Chang-wook singing. Hwang In-yub singing. If I liked musicals at all, this would excite me to the core. Since I don’t, it doesn’t, but I’m still curious for what Netflix has up their sleeve here. In the long-awaited adaptation of the webtoon Annarasumanara, Ji Chang-wook plays our resident magician, while Hwang In-yub and newbie Choi Sung-eun get pulled into his magic. Without much context on the source material, I’m hoping this is cute, but with some depth too. Then again, knowing Netfix, it’ll have a darker edge. Who’s tuning in?

Tags: Premiere Watch, Red Heart, The Sound of Magic, There is No Gu Pil-soo

Note: Gosh... availability angst for There Is No Gu Pil-soo! No legal streaming yet.

F**k me. Finding out another enticing drama is on the Rat is nearly as welcome as news of a testicular tumor.

Getting a film star like Kwak Do-won (The Wailing, Steel Rain, The Attorney, etc) to appear in their first drama - and in a comedy role too - is quite a coup for ENA.

Wonder how much they pay him? He's one of Chungmuro's best.

They must have backed up a truck to his house to get someone of his star power and talent to do it.

He is the sole reason I will check this out. You just know he is going to be the best thing about it.

OMG, here comes another Ha Do-kwon Kdrama again! Yes, I still totally loved him so much because after he was from now-concluded A Superior Day, he had another Kdrama that he took part... so HDK got two Kdramas: this (Red Heart) and even Shooting Stars.

I don't think it was Ha Do-kwon's first-ever sageuk? I think the first was not, but the second one. The first sageuk he acted was he was playing as a butler in Saimdang, Memoir of Colors.

Incredibly excited for Red Heart. There is nothing that can make me more excited for it than I already am. I’m ready to have my heart torn to pieces.

I hope The Sound of Magic is at least decent because this will be the only Hwang In-yeop project I’ll likely be watching this year (not interested in a professor/student romance, nope) and the one last chance I’ll give a Ji Chang-wook project.

There is No Gu Pil-soo sounds like one of those dramas that could be acclaimed domestically, but have no international presence due to a lack of legal streaming options + popular hallyu stars. I guess we’ll see.

I've been looking forward to Red Heart so of course Disney+ had to license it. If they would just release all of their dramas internationally right after they finish airing, like they did with Snowdrop, it wouldn't be so bad. I'll probably still try to watch because I love the cast, but it's more work.

I'll try Sound of Magic because I enjoy most of what Netflix produces, but I'm keeping my expectations low. Ji Chang-wook is quite a case study. He went from my favorite actor after Healer to someone I don't even care to see onscreen.

So, when can we in the US watch Red Heart?

Who knows? They released Snowdrop internationally just a few days after it finished airing but don't seem to be doing the same with their other k-dramas. Rookie Cops ended in March and there is still no sign of it, nor is there news about release dates for Grid, Soundtrack and Crazy Love.

I contacted Customer Service for Disney+, who did some digging… and basically, they don’t know when, or even IF, they will ever be available here in the US…

I am encouraging everyone to go on Disney+ IG, and any other social media site that scratches your itch, and message them (as I did) asking WHEN will these Korean dramas be available to US subscribers… Perhaps enough pressure will encourage them to figure it out…

Same here with Ji Chang-wook lol. Maybe it was just the magic of Healer

Or the magic of two super-talented female co-stars? In agreement on the Wooki watch - not all that interested.

I'm not a fan of musicals either, but because Ji Chang-wook is in it, I'll definitely check out SOUND OF MUSIC. Since it will only be 6 episodes, I will probably stick it out until the end, even if the drama is only mediocre.
From what I've read so far about Annarasumanara leads me to expect a darker and less cutesy drama. However, it sounds promising.

Red Heart! Red Heart! Hopefully it'll make me look forward to Mondays again. XD Most excited for it. Thank goodness it's not on the weekend.

Planning on watching all three shows actually, as long as they're Eng subs available. Really only worried about Doojoon's show. >.<

I’d like to check out all of these. I really hope I can find Doo-joon’s show somewhere—his first kdrama since his military discharge last year!

I'm dying to watch Red Heart, but with it only on Disney+ it's going to be a struggle for me to do so. Wish it was on Netflix or Viki.

Sound of Magic doesn't interest me at all. I cringe when characters break into song, and Ji-Chang wook looks like he's channeling Johnny Depp in Alice in Wonderland which is a turn-off for me.

I was reminded of Johnny Depp too, which is not a connection I want to make.

Try imagining Hugh Jackman in The Greatest Showman instead of Johnny Depp in Alice in Wonderland and maybe it'll help.

crikey! i was scrolling up and down and up and down to see what "channeling JD JCW" was being discussed and was like "where? dont see him here" CRIKEY. what is that?????

I was interested in The Sound of Magic because of the cast and the story as well but it's another weekend drama xD However, it looks like all episodes will be out on Friday so will probably binge it once it's out.

Really excited for Bloody Heart and There is No Goo Pil Soo! I saw on twitter that Dujun's drama is going to be on Netflix May 11th but am not sure if that's worldwide or not :( I think the english title is Never Give Up? https://www.koreatimes.co.kr/www/art/2022/04/688_327898.html

I’ll check out all three, but the one I’m most excited for is Red Heart. I’m not really a huge fan of musicals, but being on Netflix, and me liking most of their stuff, along with a short run means I’ll at least check it out.

There is No Gu Pil-Soo is a wild card, though with no sites picking it up I’m not sure how I’ll be able to watch it. Even if it’s tossed on some sites the translations are likely to be…not great and that’s killed a few dramas for me in the past. I’m still intrigued, so we’ll see how it turns out.

Of course RED HEART/RED SINGLE HEART/BLOODY HEART being a KBS production should have been made available on Kocowa. My subscription renewal of last November will be my last renewal.

I will be watching (and rooting for) Ji Chang-wook’s THE SOUND OF MAGIC on NETFLIX US.
I am actually more interested in his other upcoming drama TELL ME YOUR WISH which MDL reports as appearing on Netflix which I can only hope is accurate.

I think Kocowa is about done for. While Netflix has the cable pipeline due to their deals with Jtbc and CJ Entertainment, it looks like Disney+ has developed a Big 3 pipeline. They got Crazy Love, Love all Play and Bloody Heart from KBS and rumor has it they are getting Doctor Lawyer and Big Mouth from MBC.

The problem is Disney+ doesn't bother to air the great shows they got in the US *sigh*
I just canceled my D subscription because it seems like I won't get my kdrama fix from them any time soon.

I’m so disappointed about The Red Heart!! I was really looking forward to it. Just can’t bring myself to buy Disney+. 💔

If my understanding is correct, in the US this has to do with Comcast still having share (don’t understand why) in Disney which does not expire until *2024!* Soooo…if you’re in the US, don’t look too long (or longingly!) at anything coming on Disney+ for the next TWO YEARS! 😭😭😭