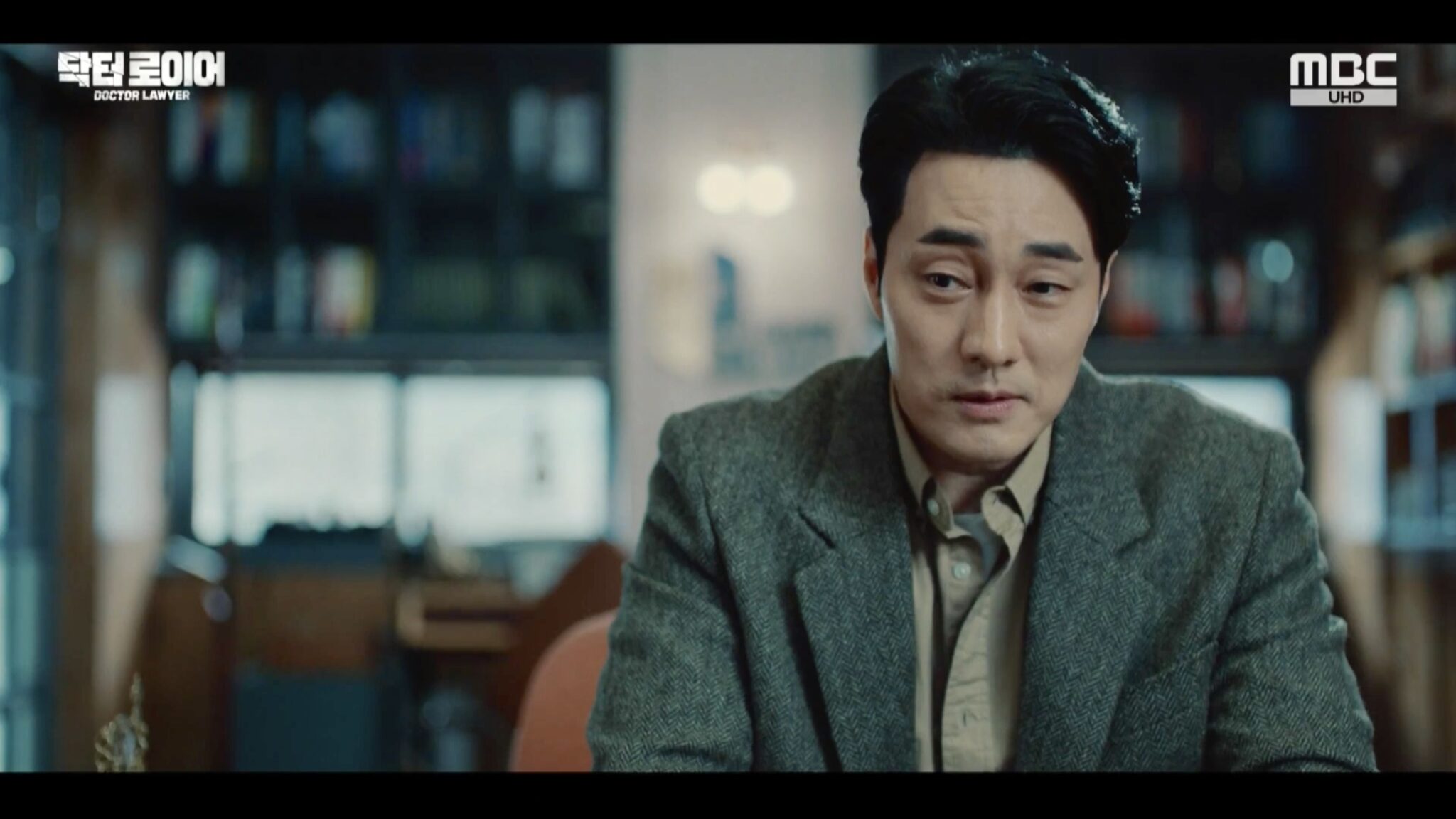 Our protagonists make some progress this week, exposing the bad guys’ machinations and rescuing a life from their selfish hands. But evil hands have a tendency to grip onto each other tighter when faced with danger, and our hero will need more than just his superhuman surgery skills to save lives. 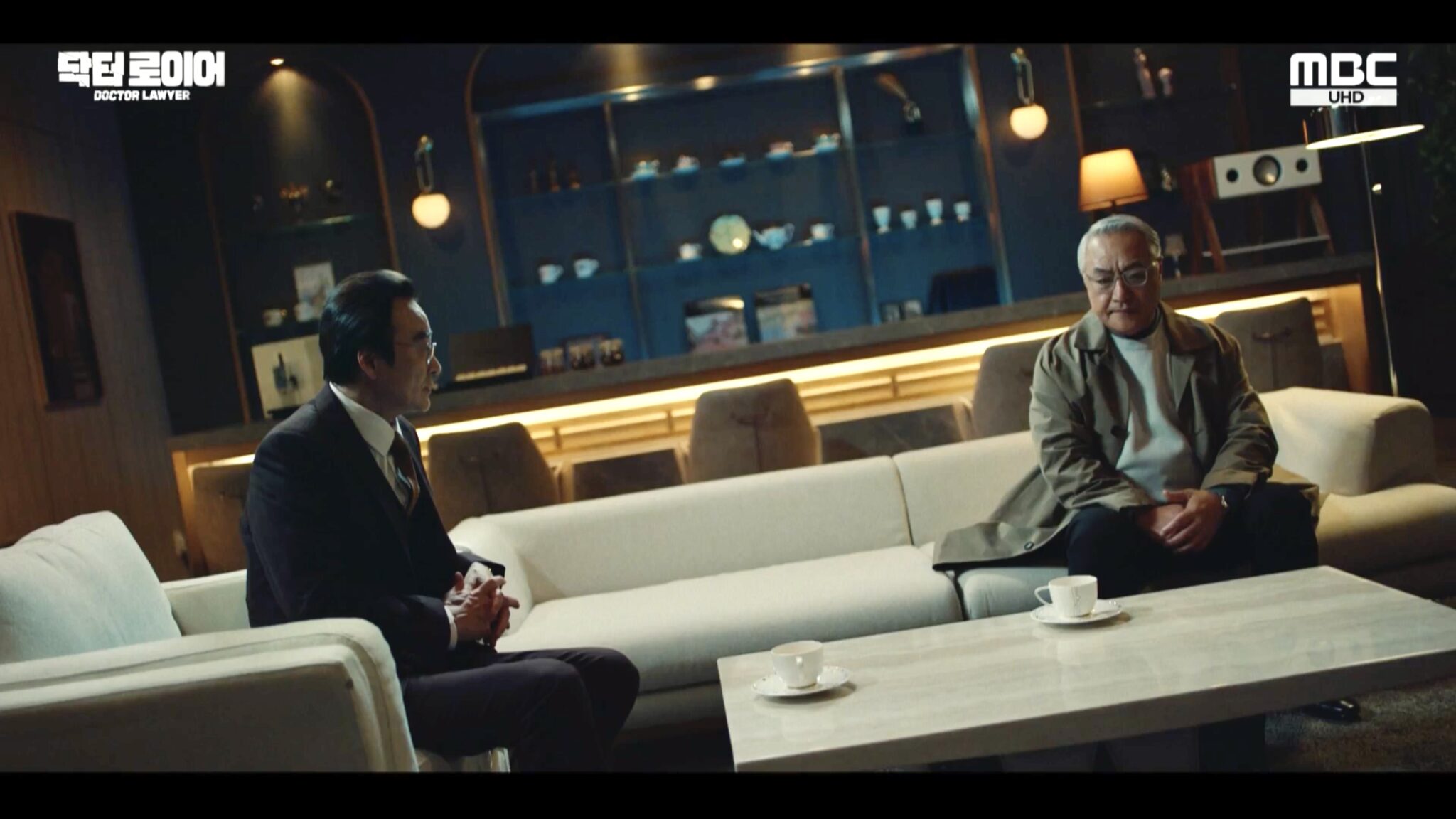 Caught out in the open, Chairman Gu has no choice but to grudgingly accede to Yi-han’s request. Before they can see Sun-ae, though, Assemblyman Im wants a word with the duplicitous Chairman Gu.

Assemblyman Im confronts him about his plan to pull a bait-and-switch with a ghost doctor during his surgery, and Chairman Gu doesn’t even bother denying it. Instead, he sneers at the assemblyman — his life is in his hands, so he ought to keep in line. 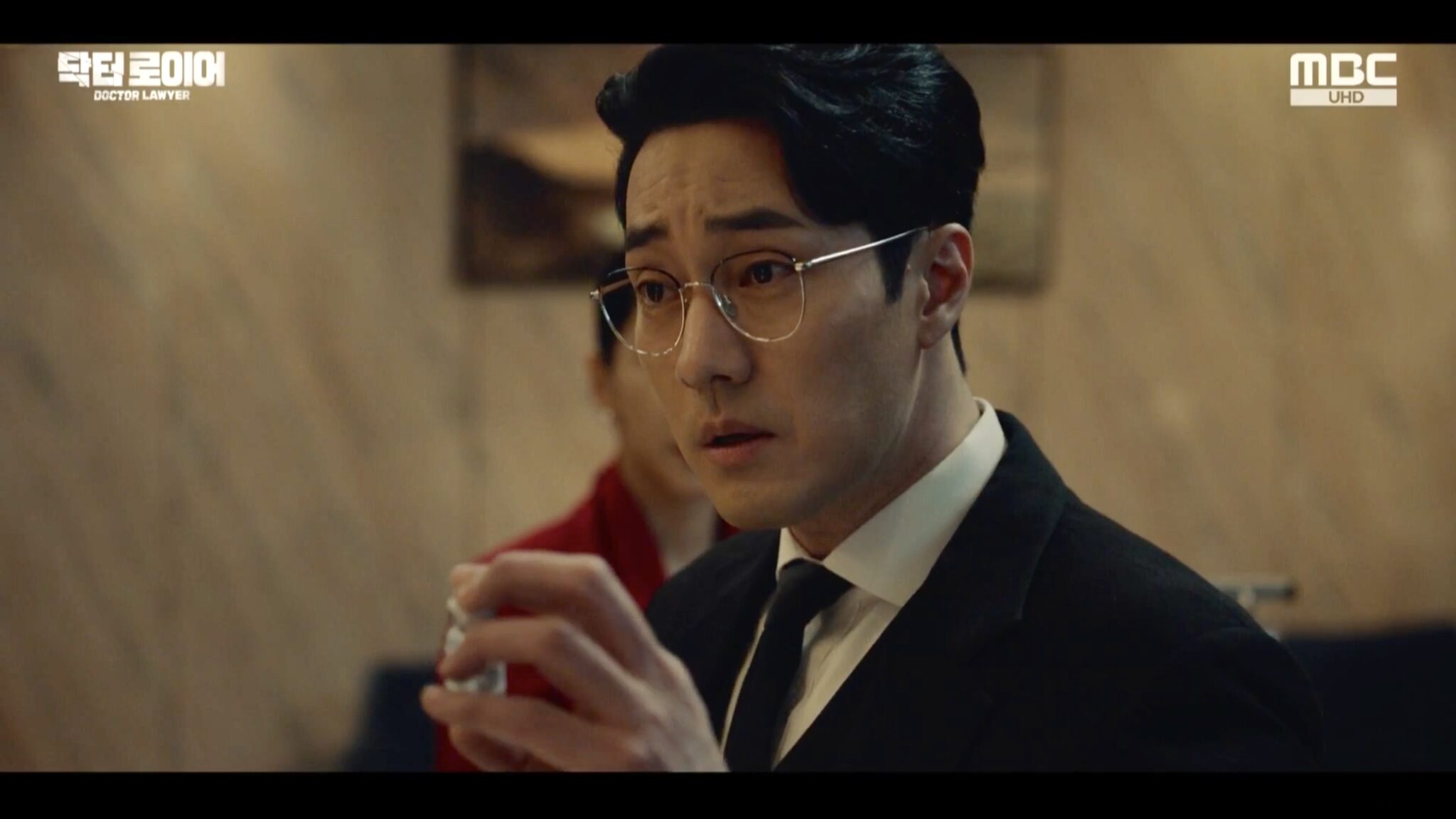 Of course, that delay means Chairman Gu has time to order Do-hyung to inject more sedatives into Sun-ae. Ugh. Yi-han quickly realizes something is off, though, and a hard press of Sun-ae’s finger reveals that she’s able to breathe on her own — in other words, she’s not comatose.

The jig is up, and Yi-han rummages through Do-hyung’s medical cart until he finds an empty sedative bottle. Such a high dosage of muscle relaxants could kill a person — which is news to Assemblywoman Yoon, who was told by Chairman Gu that the sedatives were entirely harmless. Whoops. 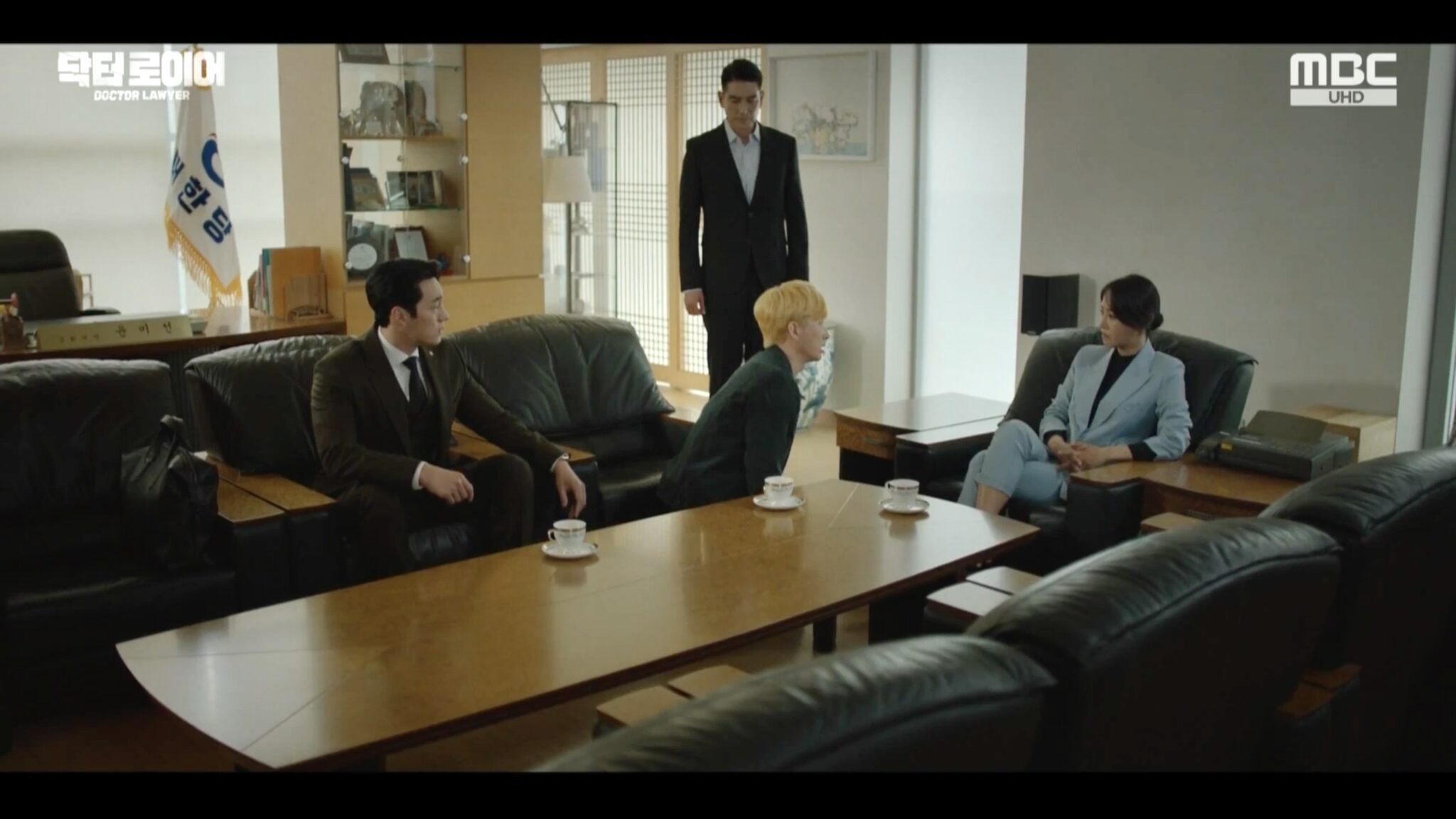 Sun-ae is transferred to Yi-han’s clinic, where she safely regains consciousness. Unfortunately, her lung disease has already damaged the majority of her lungs, which means she requires a lung transplant. Jin-woo immediately offers to be a donor, but they need one more — which will likely have to come from her family.

Jin-woo immediately begs Assemblywoman Yoon to save Sun-ae, offering to drop all charges against her. She grudgingly agrees, but she isn’t satisfied with just that; she demands for Jin-woo to disappear entirely from Sun-ae’s life after the surgery. Left with no other choice, Jin-woo concedes. 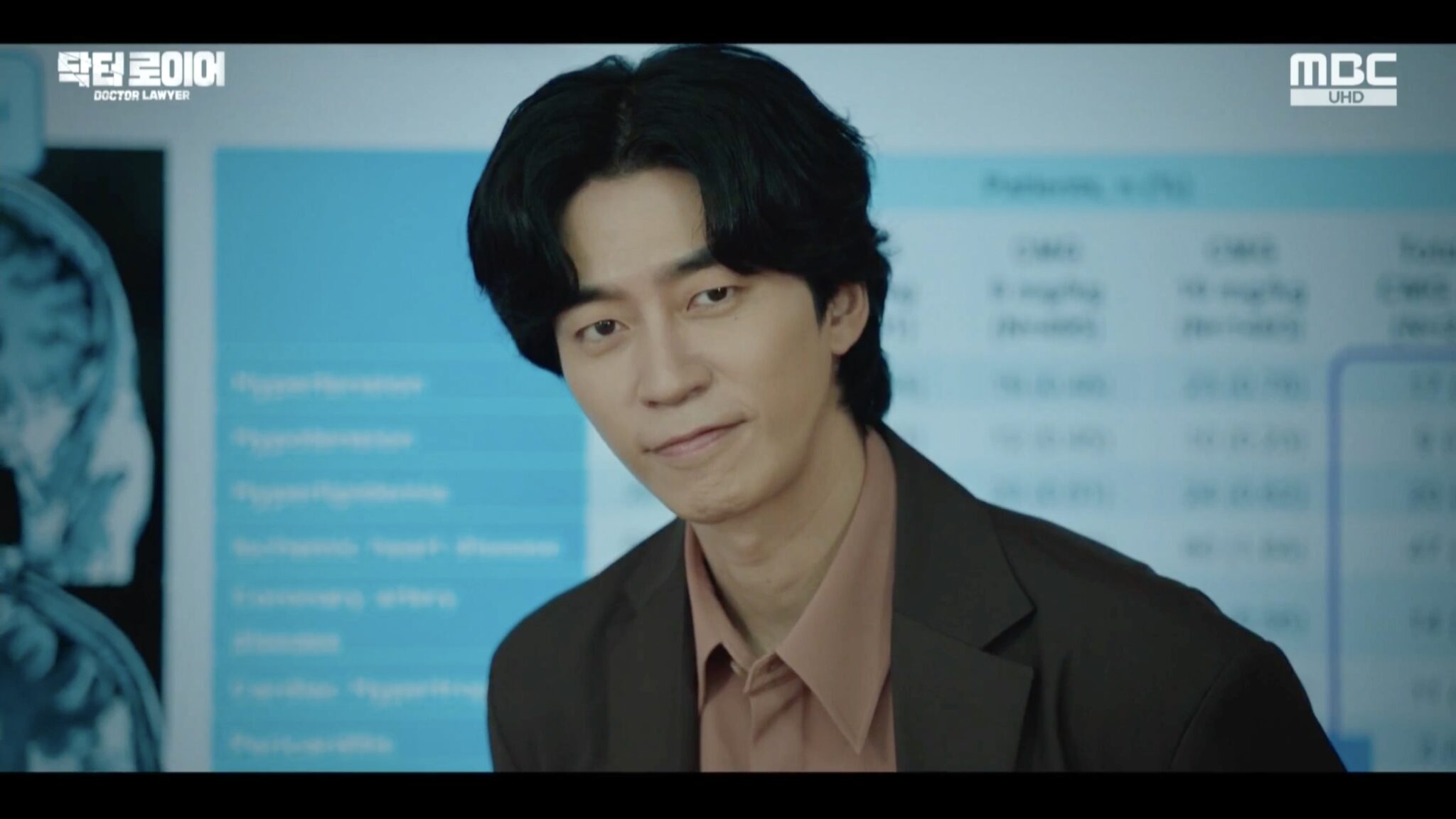 At the board meeting, Chairman Gu announces that he’s resigning from both the position of Banseok Foundation’s chairman and Banseok Hospital’s director. He nominates Hyun-sung as the next director, but before the board can place their votes, Jayden asks to say a word.

He reveals the investment contract between himself and Chairman Gu, pointing out that if the share prices fall, his company Honours Hand will become the majority shareholder and owner of Banseok. On top of that, Jayden also exposes Hyun-sung’s criminal charges for attempted murder and violating the Medical Service Act.

Right on cue, Seok-young strides in to personally hand Hyun-sung his subpoena. With Hyun-sung’s credibility utterly torn to shreds, he loses the vote. 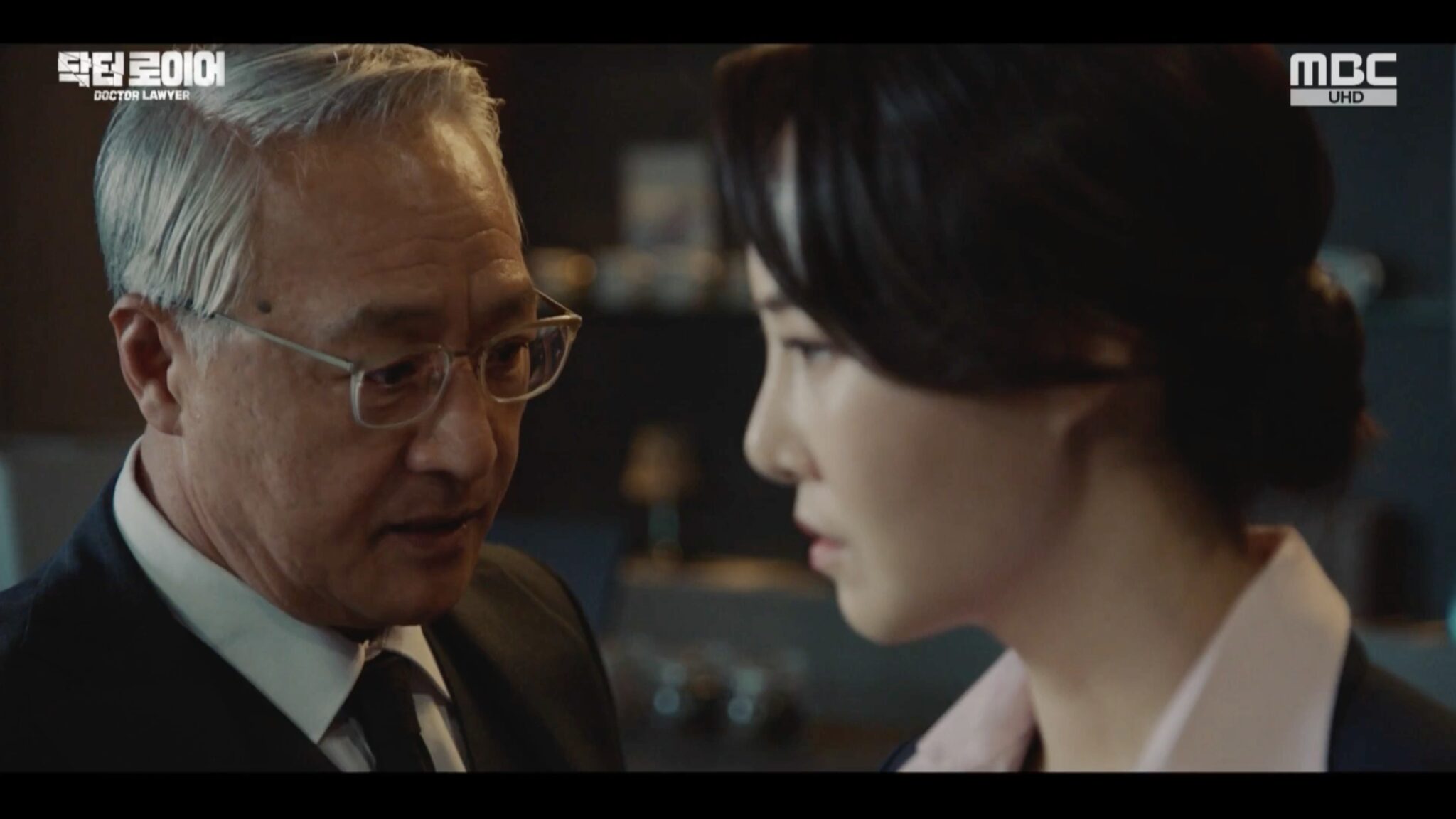 After the board meeting, Sun-ae’s lung transplant operation commences. All goes smoothly at first, and Yi-han successfully transplants part of Jin-woo’s lung. However, bad news comes — Assemblywoman Yoon changed her mind at the last minute.

She has the audacity to strut into the observation room as if she hasn’t just put her own daughter’s life in peril, earning her distasteful looks from both Jayden and Seok-young. Right then, though, Sun-ae experiences pulmonary failure, since her lungs aren’t sufficient to support the strain.

Selfish Assemblywoman Yoon refuses to donate her lung till the bitter end, so Yi-han goes ahead with the backup plan — transplanting a section of Jin-woo’s healthy right lung to Sun-ae’s left. It’s a risky surgery with no domestic precedent, but it’s their last hope. Thankfully, the surgery succeeds, and both lives are saved. 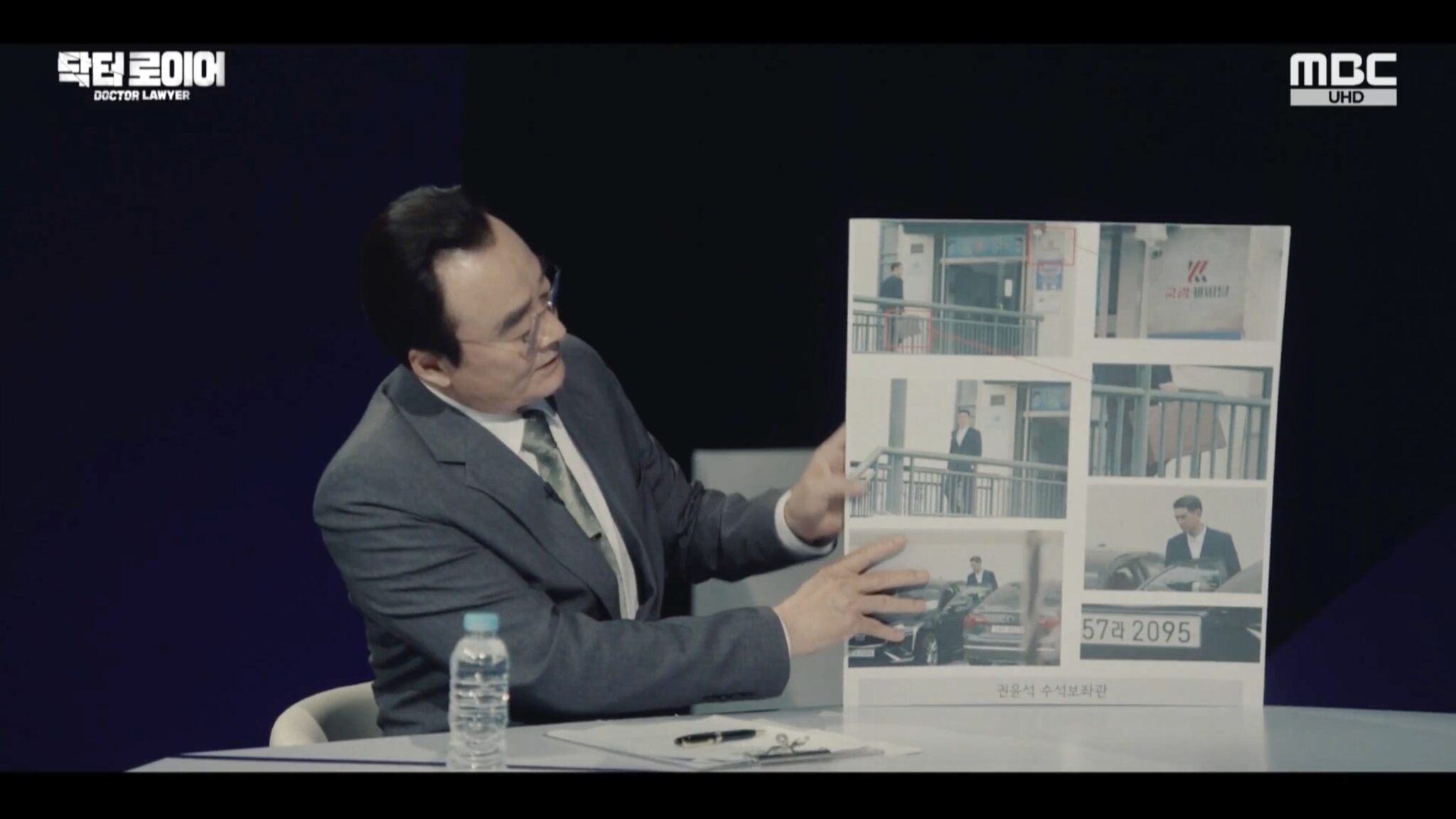 Seok-young’s detective friends stake out a gangster boss called GONG GUK-GWANG (Do Ki-seok), who turns out to be involved in money laundering for Assemblywoman Yoon. The detectives manage to photograph Assemblywoman Yoon’s aide leaving the hideout, and then they notice an additional, unexpected visitor — Kang-ho.

It turns out Kang-ho once acquitted Guk-gwang in exchange for a favor, and so he warns him to stay out of jail. In any case, Assemblyman Im uses the photos of Assemblywoman Yoon’s aide to discredit her during a public debate; while he doesn’t know about her money laundering yet, just the association with a gangster is enough to tarnish her reputation. 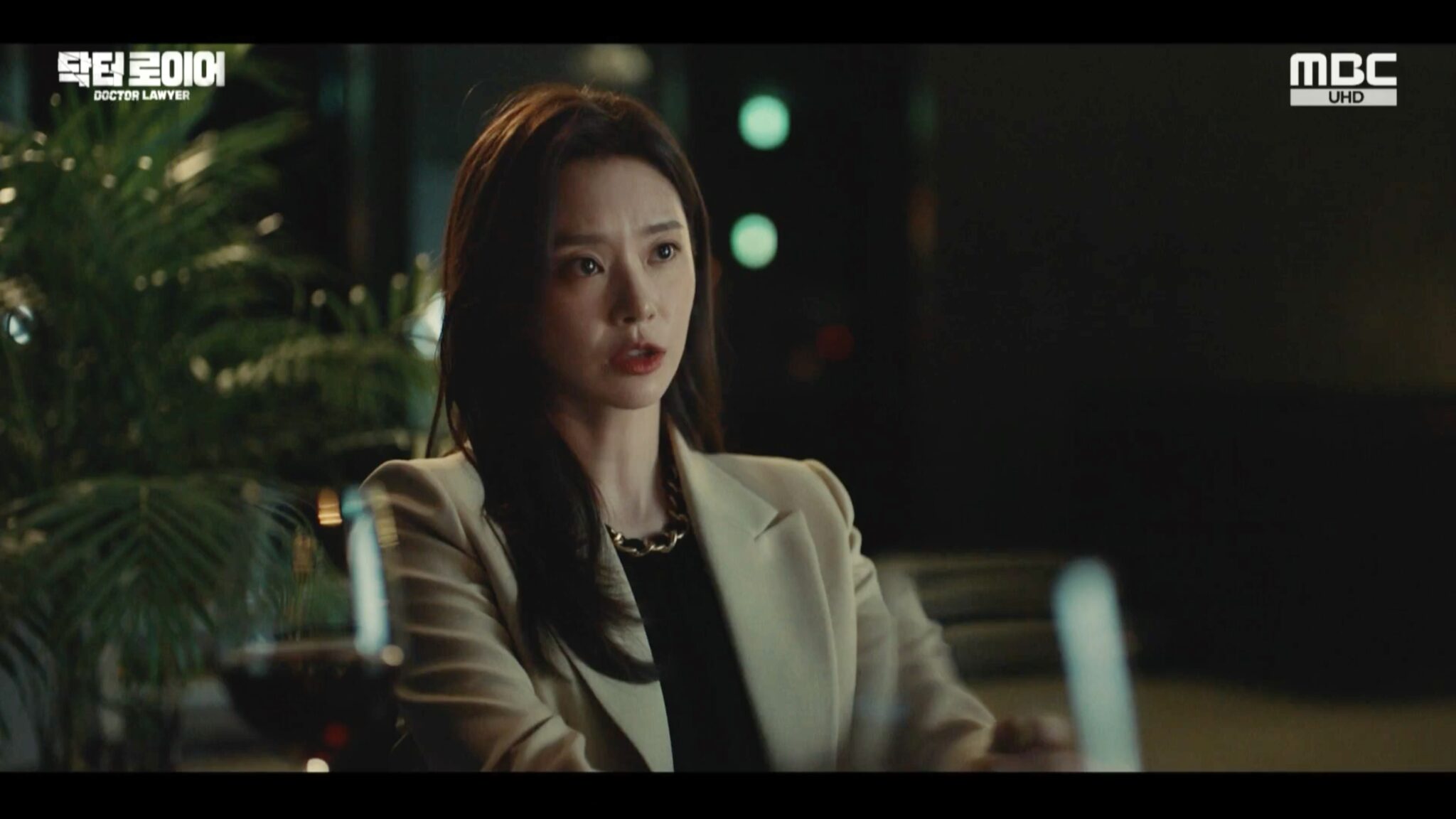 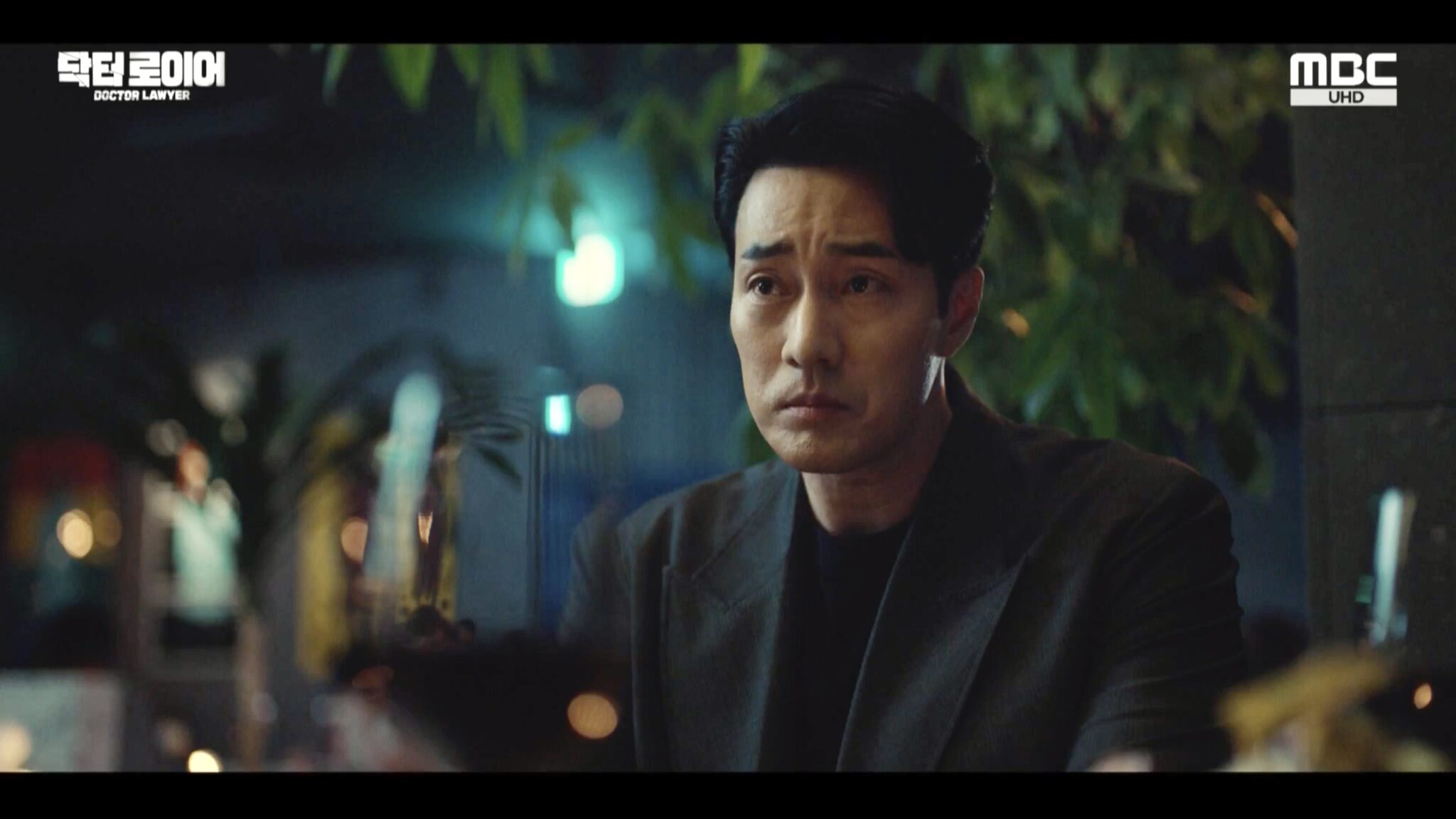 After the debate, Yi-han and Yoo-na meet for drinks. (Jayden’s aide is more worried than Jayden himself about the late-night rendezvous, ha.) Yi-han informs Yoo-na that he won’t be operating on her father, since Assemblyman Im is still bent on keeping his ties with Chairman Gu; Yi-han refuses to be a ghost doctor for Hyun-sung again.

He asks why Assemblyman Im is still under Chairman Gu’s thumb — by any chance, did he illegally receive a heart transplant five years ago? Offended, Yoo-na acknowledges that he did have a heart surgery, but it was done in California, not Banseokwon.

She reveals the true reason for Assemblyman Im’s weakness — he has Alzheimer’s, and no citizen is ever going to put such a volatile candidate in the presidential seat. For now, though, no one else knows this fact except for Yoo-na and Chairman Gu. And now Yi-han, too. 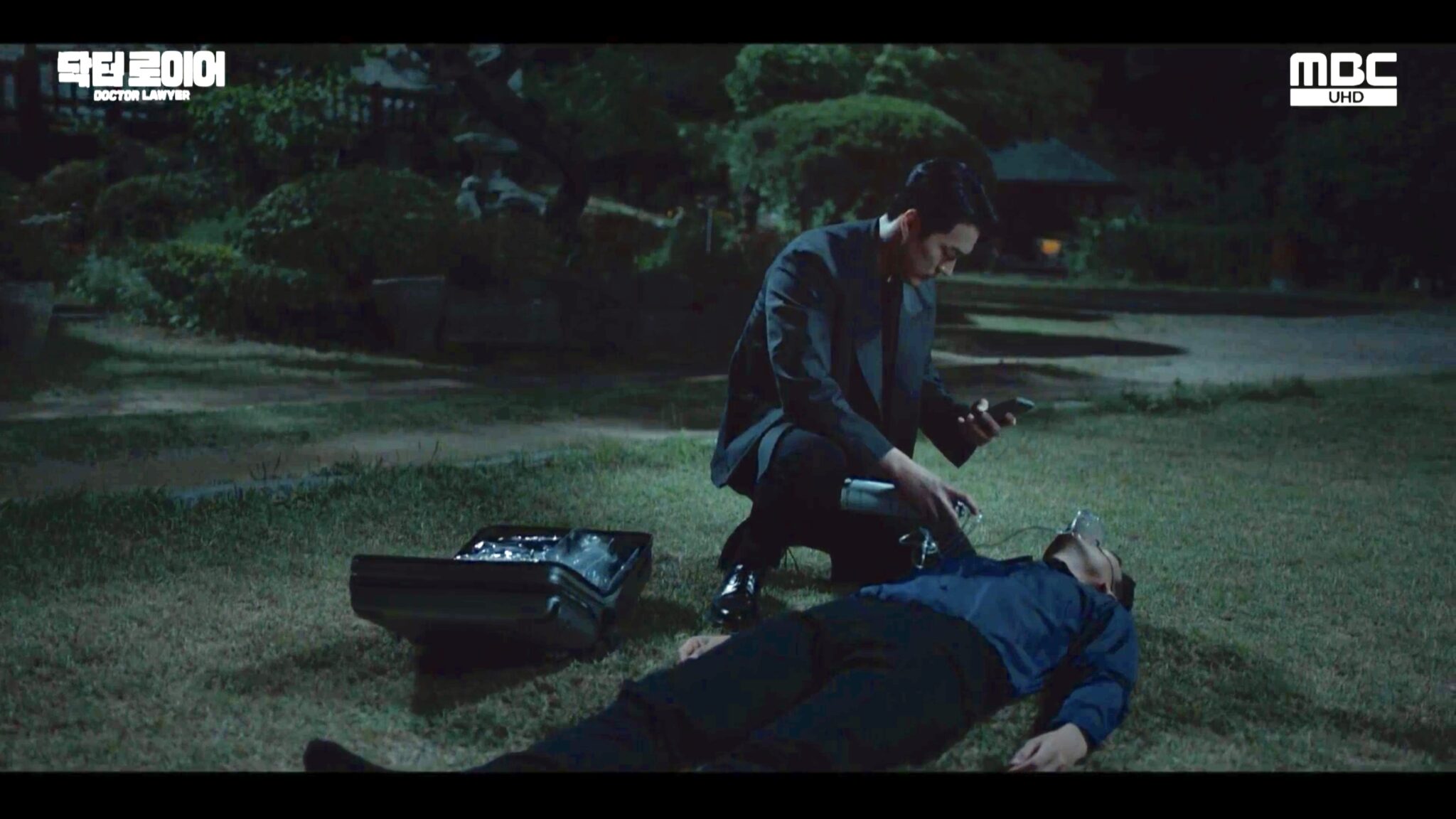 Yi-han reaches out to Assemblywoman Yoon’s overworked and mistreated aide KWON YOON-SEOK (Park Joon-hyuk), asking him to make the right choice and expose the assemblywoman’s deeds, but promising that he’ll still save his life anyway even if he doesn’t. It seemingly gets through to him, and he asks Yi-han to come to a secluded house alone.

However, when Yi-han arrives after shaking off a car that was tailing him, he discovers an unconscious Yoon-seok and a leaking gas pipe. Urgently, he hauls Yoon-seok outside and prepares for emergency first aid — but right as he calls 911, thugs show up and knock him out cold. 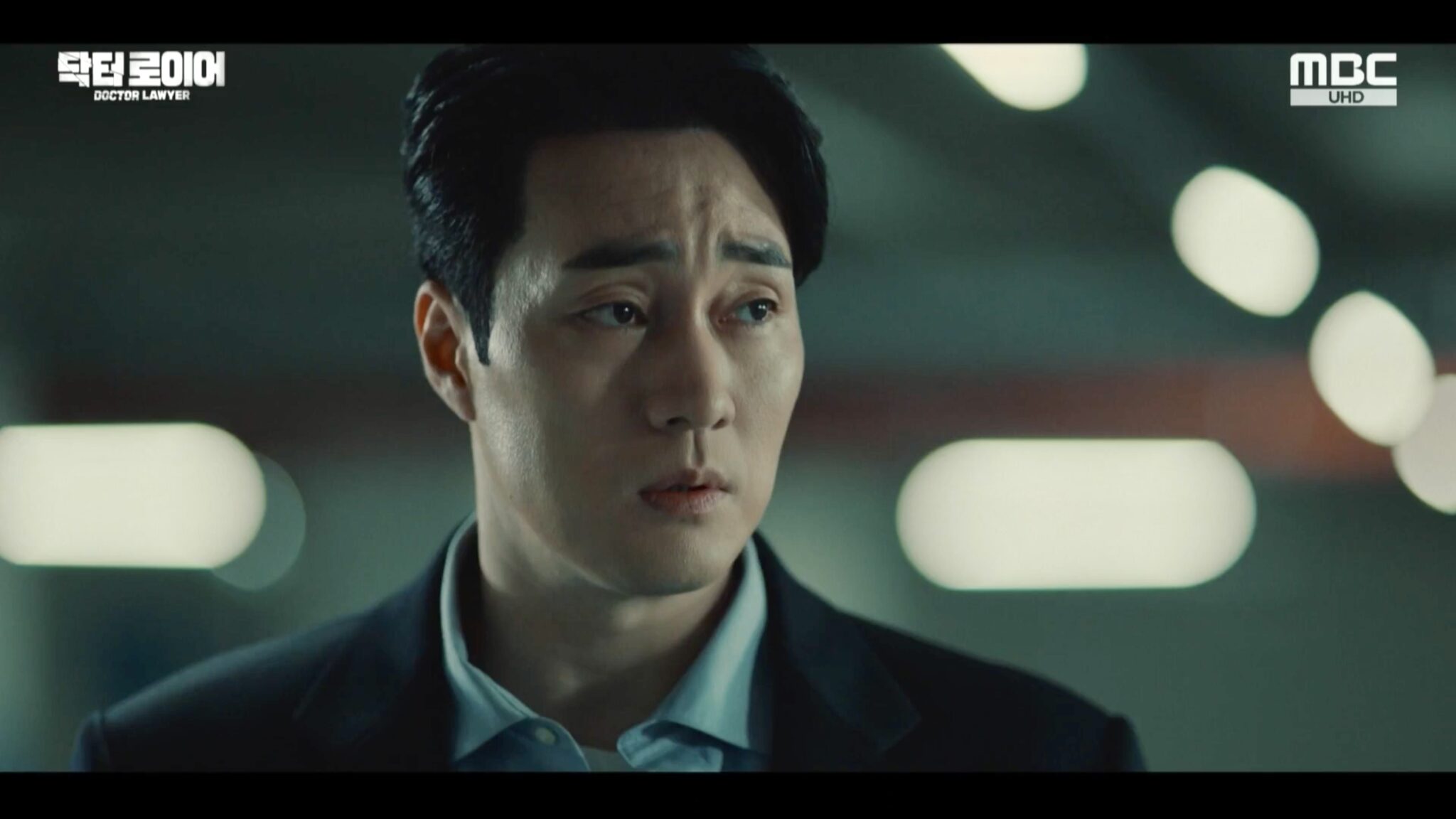 I can’t say I’m surprised by Assemblywoman Yoon’s selfish hypocrisy, but she really went too far when she took one look at her dying daughter on the operating table and immediately started cajoling Yoon-seok to donate his lung instead. Given what Yoon-seok’s had to do under her command, such as stabbing himself to avoid having to give testimony, I’m not surprised he may finally want to go rogue.

I’m not usually one for boardroom politicking, but it was so satisfying to watch Jayden (and Yoo-na!) confidently put the Gu family in their place, right in front of all the stakeholders. As much as I dislike Hyun-sung, though, I did feel for him a bit when he finally broke down in front of his father — all his life, he’s been trying to be good enough, only for his father to constantly belittle him in the face of Yi-han’s skills. 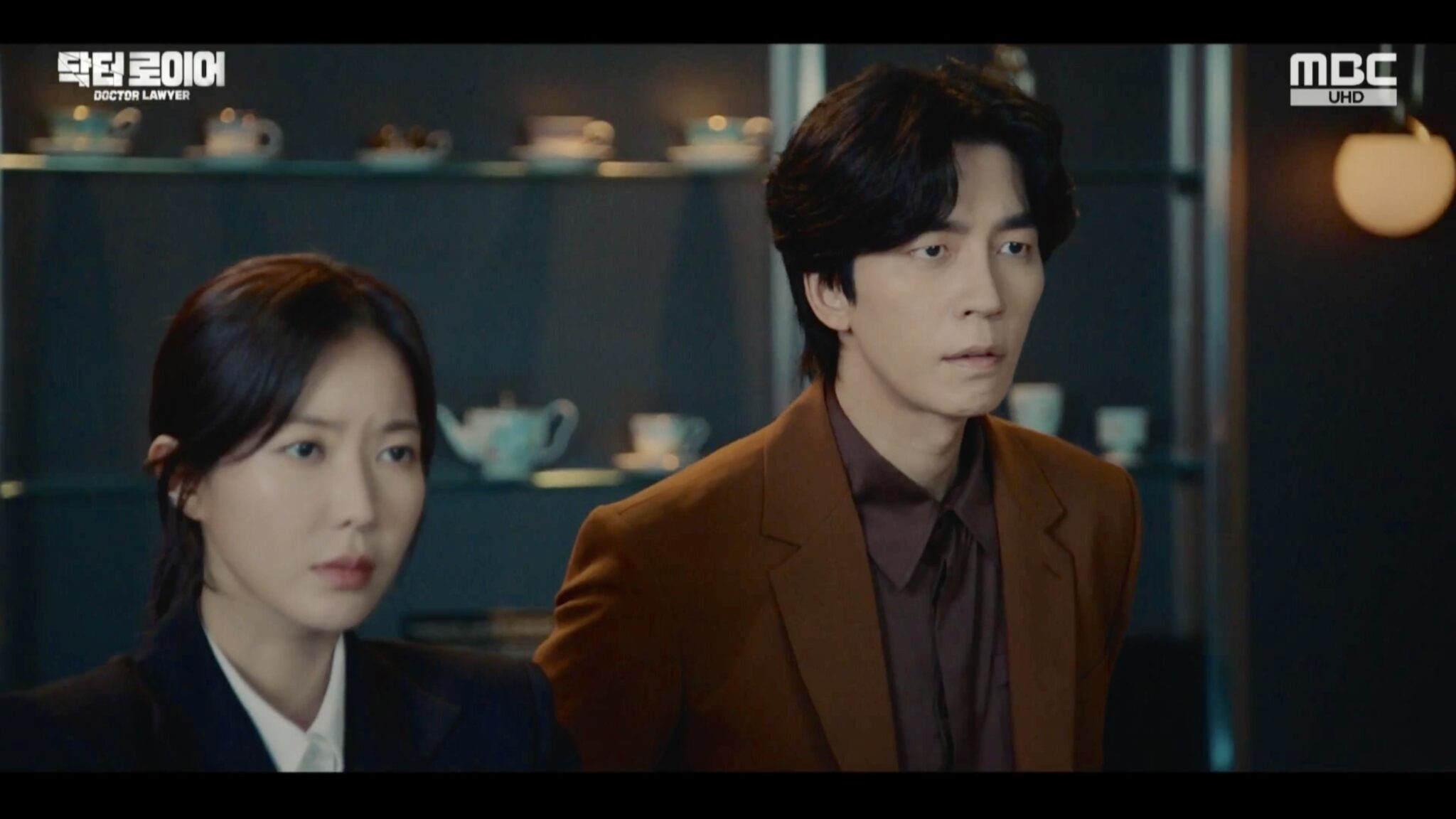 It doesn’t excuse any of Hyun-sung’s actions, no doubt, but it does make him somewhat sympathetic. Most times, he feels like a child acting out because he doesn’t know how else to receive attention and love, since he’s always had to live in Yi-han’s shadow.

The best part of the board meeting was undoubtedly Seok-young’s surprise appearance, though — how much fun is it to see our protagonists working together! I know Jayden has a lot of faith in his allies, enough to simply sit back and watch from afar while they conquer his chessboard for him, but it’s so exciting when they finally come together. 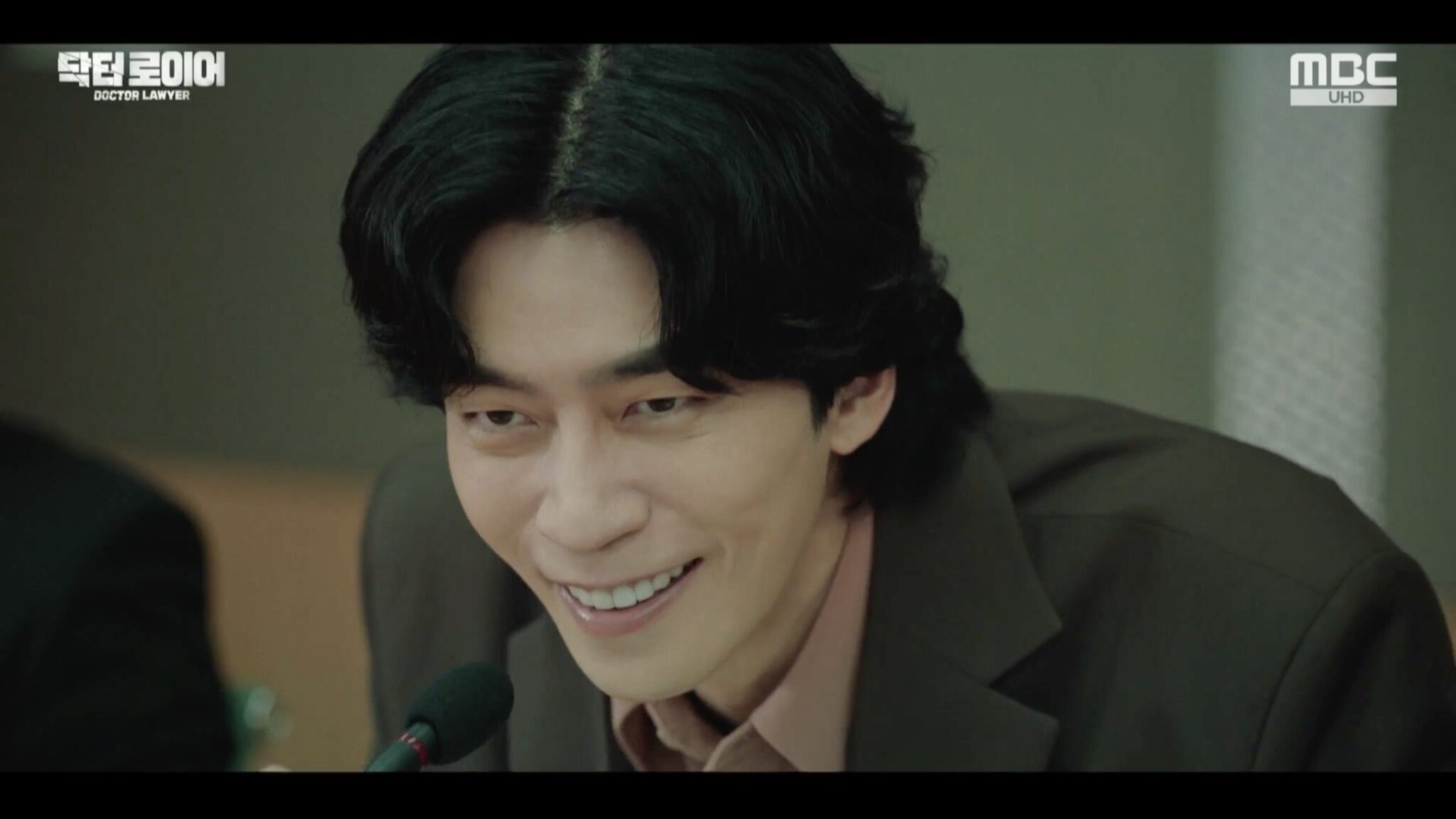 Jayden’s already begun to make his moves, if his suave show of approaching Do-hyung at a casino and winning big right in front of him is anything to go by. A businessman’s best weapon is what he has to offer, and Jayden has that in spades — though how successful that will be in buying Do-hyung’s loyalty is anyone’s guess.

Given the wide array of personalities and areas of expertise among our main alliance, I wish the drama would come up with more innovative ways for them to combat the bad guys, instead of mostly treading the same well-worn path of its predecessors. I’m anticipating more smart strategizing and deft maneuvers in the final stretch — don’t let me down, Show! 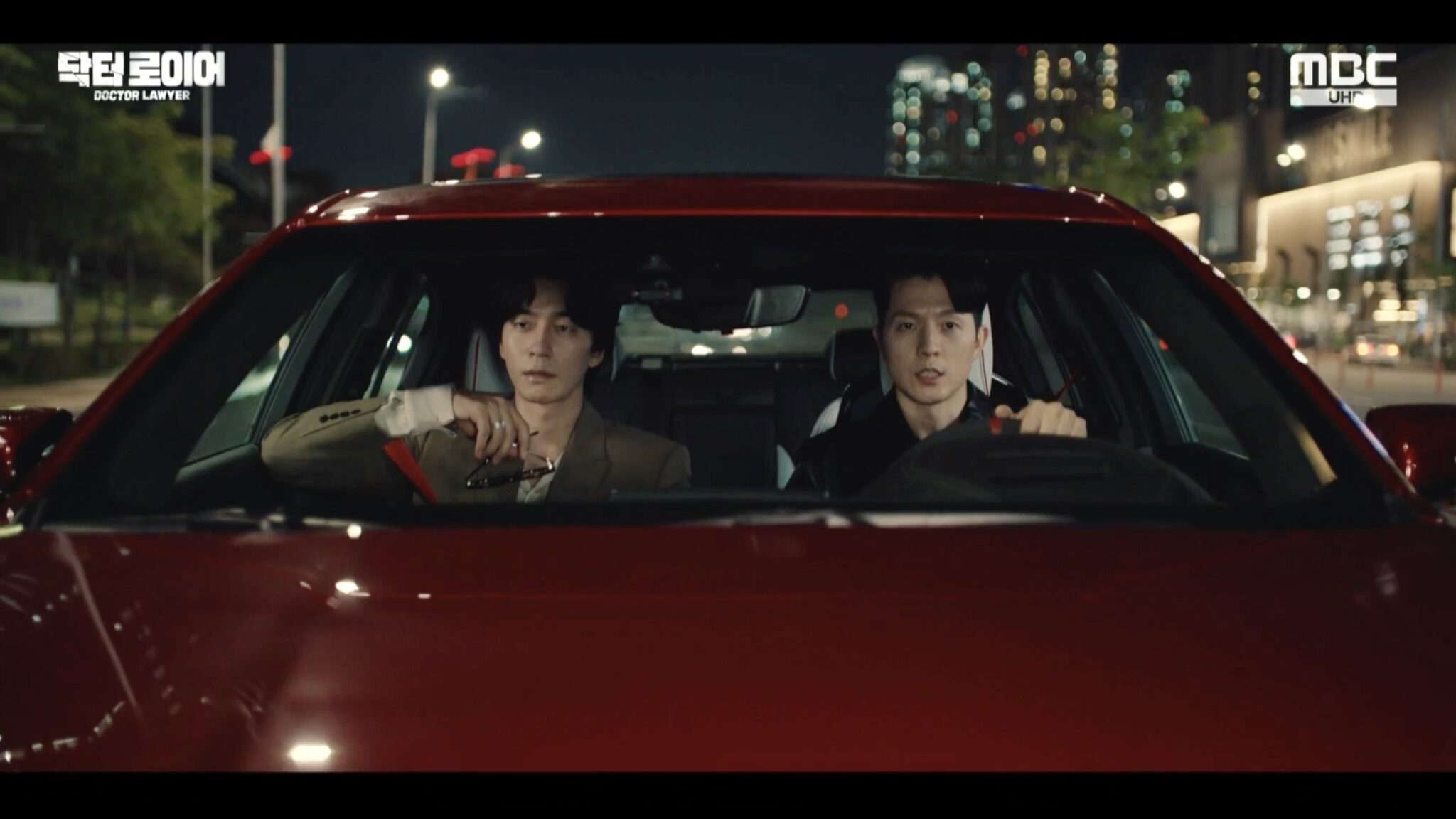 So the Congresswoman is a GARBAGE person, I can't even imagine. The villainy in this drama is BIZARRRO. It is looking more and more like Jayden is the one who got the heart, but he didn't do anything when they told him about the heart. Whoever it is, it should be interesting.

This week's episodes were not bad. The boardroom scene was fun especially when Yu-na casually revealed the issues with the drug. The surgery scenes on the other hand made me laugh. The fact that there have been zero consequences for a hospital that treats its patients this way is even more ridiculous.