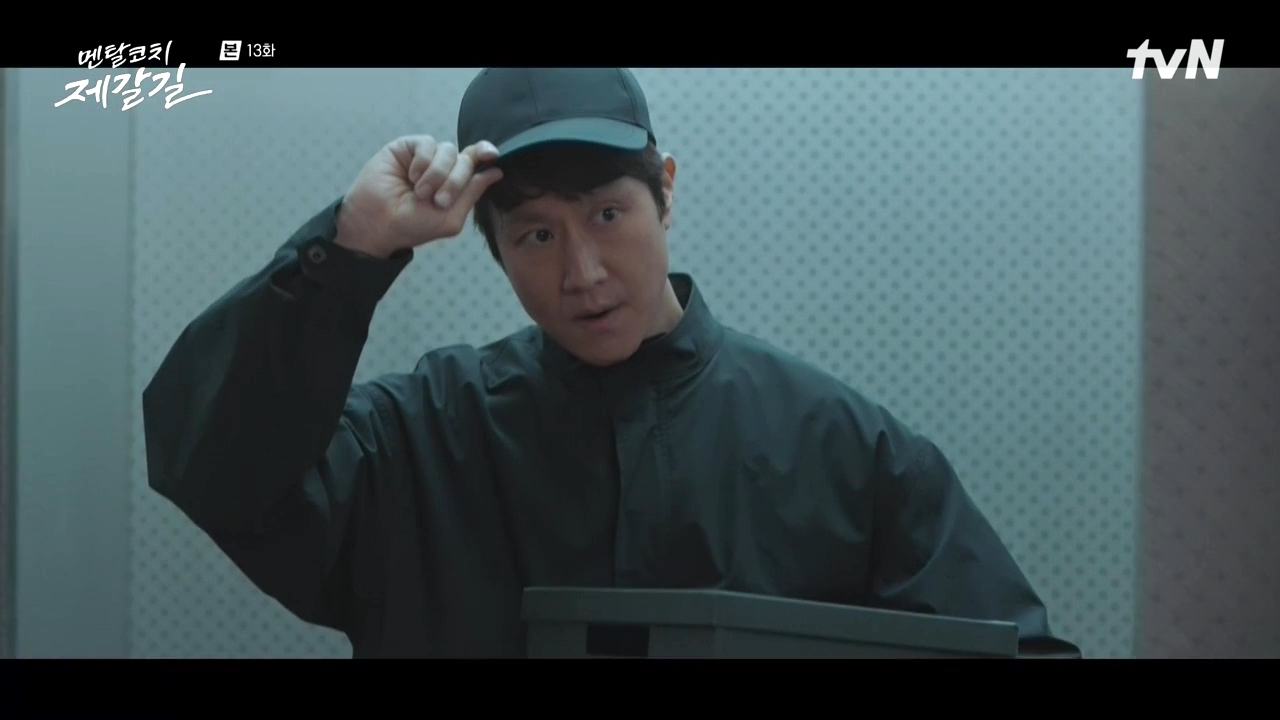 Action! Double-crossing! Triple-crossing! Things (finally) get interesting again this week as our drama picks up the pace and starts seriously dealing with the central pillar of corruption that’s been plaguing us all from the start. 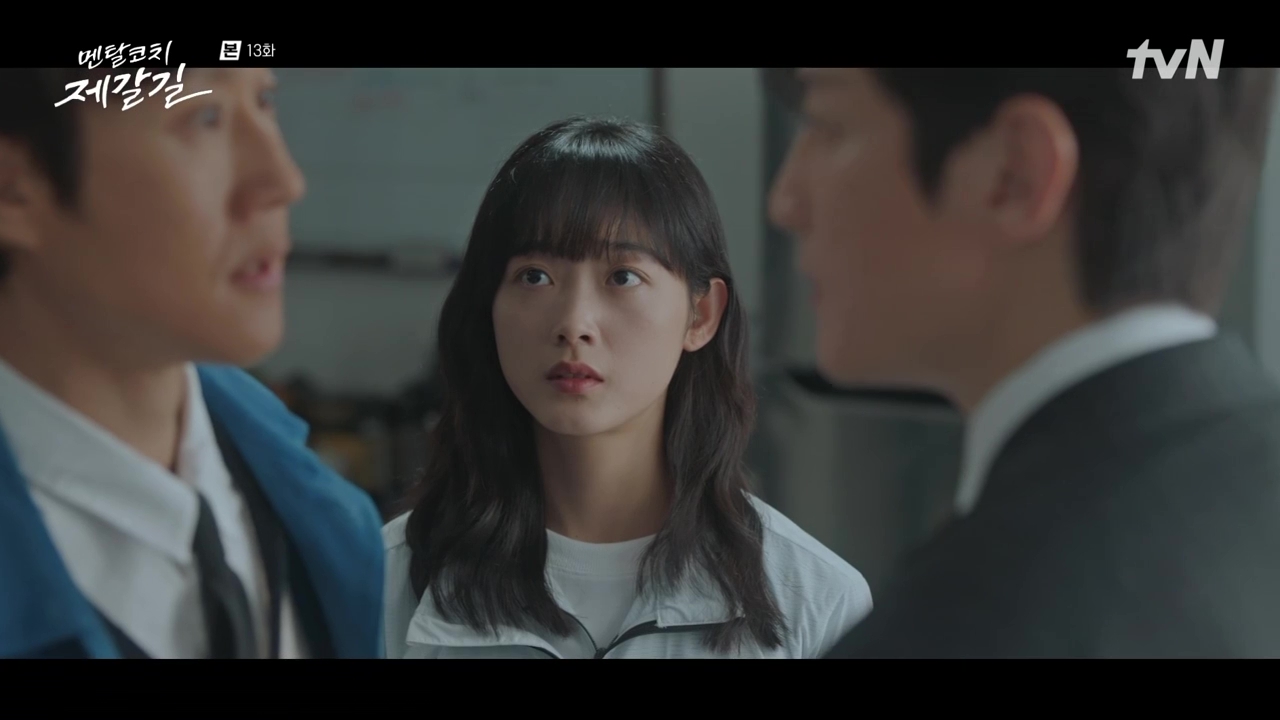 Before we get to the action, we first return to the scene where Gil has quit as mental coach, and storms out of Tae-man’s office with Ga-eul. It definitely looked like a romantic confession (to me and to everyone in-drama), but Gil insists — and most especially Ga-eul herself — that he doesn’t think of her like that. And basically the rest of this week’s episodes hammer in that point, so I think I believe them. (Interestingly, Mu-gyeol and Yeo-woon are entirely absent from the plot this week, which, even though I like them, makes me think the story could have been tighter without them.)

Even if her feelings aren’t reciprocated, Ga-eul is positively blossoming with the confidence that her newfound support system offers her. When Coach Oh acts like his assy self, instead of letting the team submit to a beating, Ga-eul whips out her phone and starts recording. It’s a good insurance policy, and I love seeing her courage, but watching Coach Oh rage like a baby bull having a tantrum is really old at this point. He can just go away. 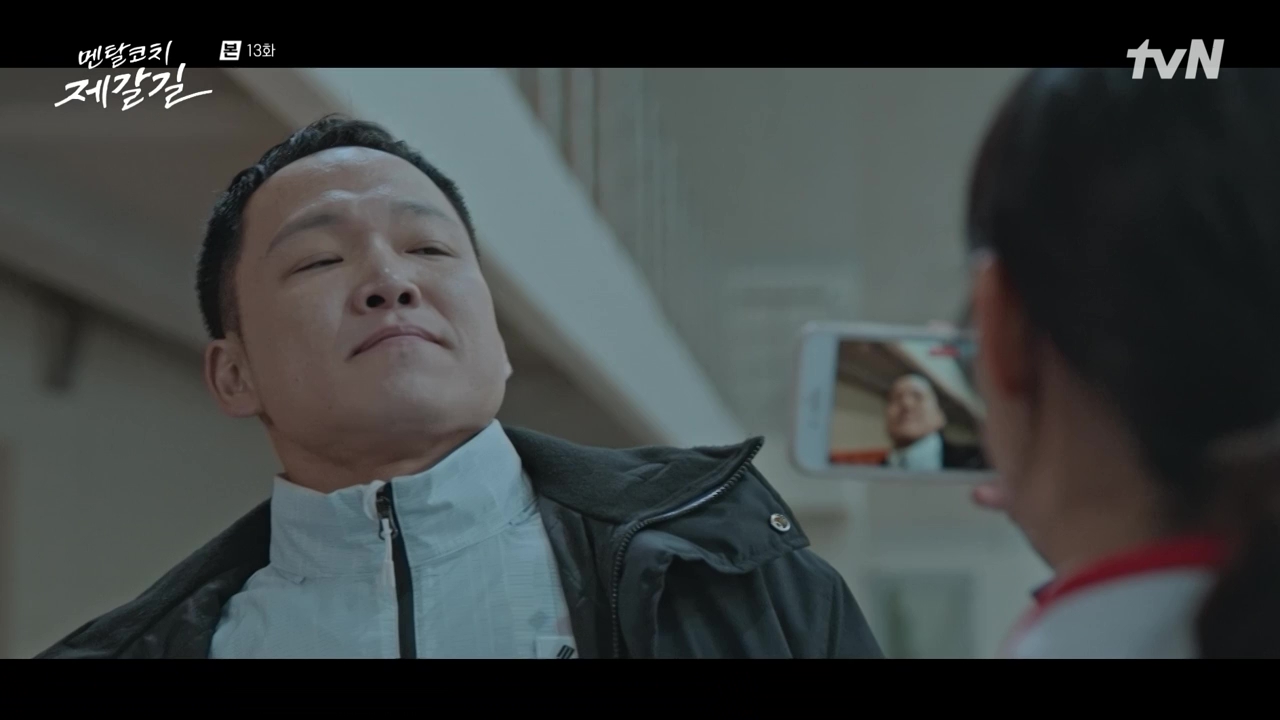 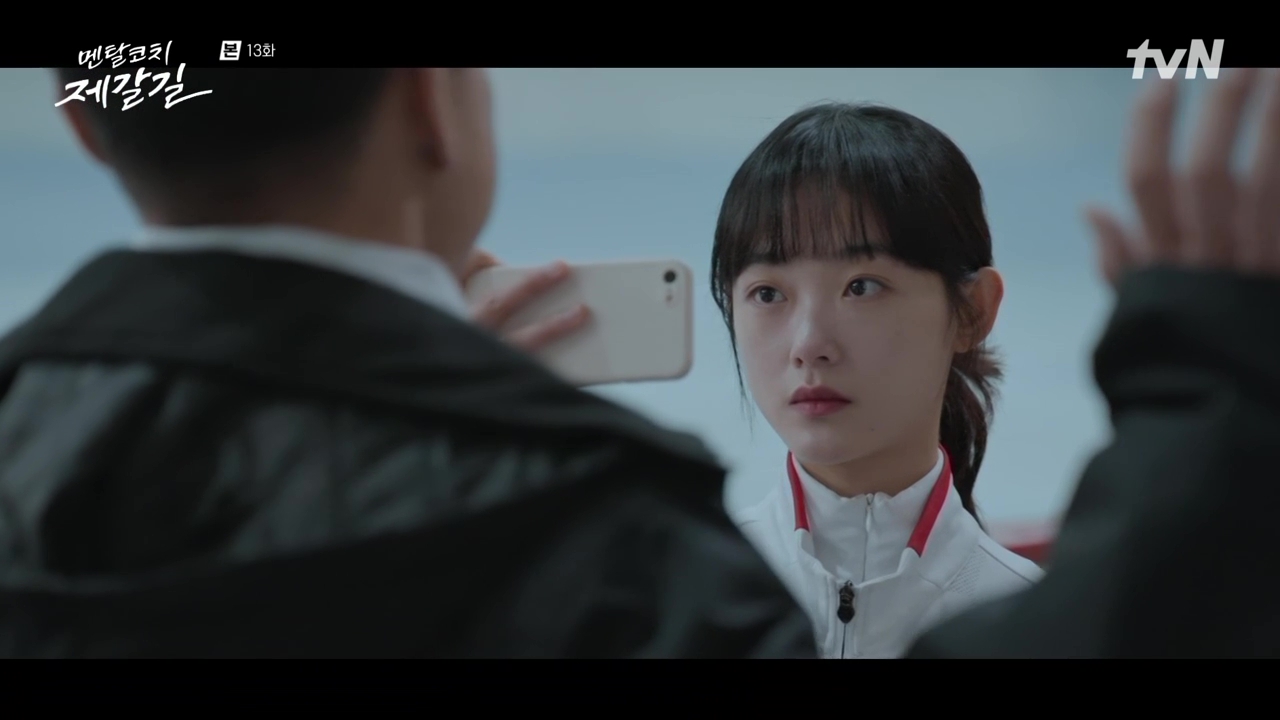 Ga-eul’s courage and confidence also leads her to save poor Sun-ah from a similar fate that she herself suffered four years back after her win. Indeed, the gravity of that disgusting near-rape encounter with Coach Oh is given the weight it deserves this week — first when we see the enormous effect it has on Moo-tae when she finally tells him, and second when we see the story repeat itself with Sun-ah.

At this point, in our web of flashbacks and reveals, both Gil and Moo-tae have learned that Coach Oh gets even more vile after a gold medal has been won by one of “his girls,” and both are storming the castle looking for Coach Oh’s room. But it’s neither Gil nor Moo-tae that comes to Sun-ah’s rescue: it’s Ga-eul. With a fire extinguisher aimed right in his face. Glorious! (Though the gas doesn’t keep him down long enough for my liking.)

Even more glorious, though, is the way the girls protect each other — they run, they bond, they heal over the past, with Sun-ah crying for forgiveness, and Ga-eul comforting her back. I love it. 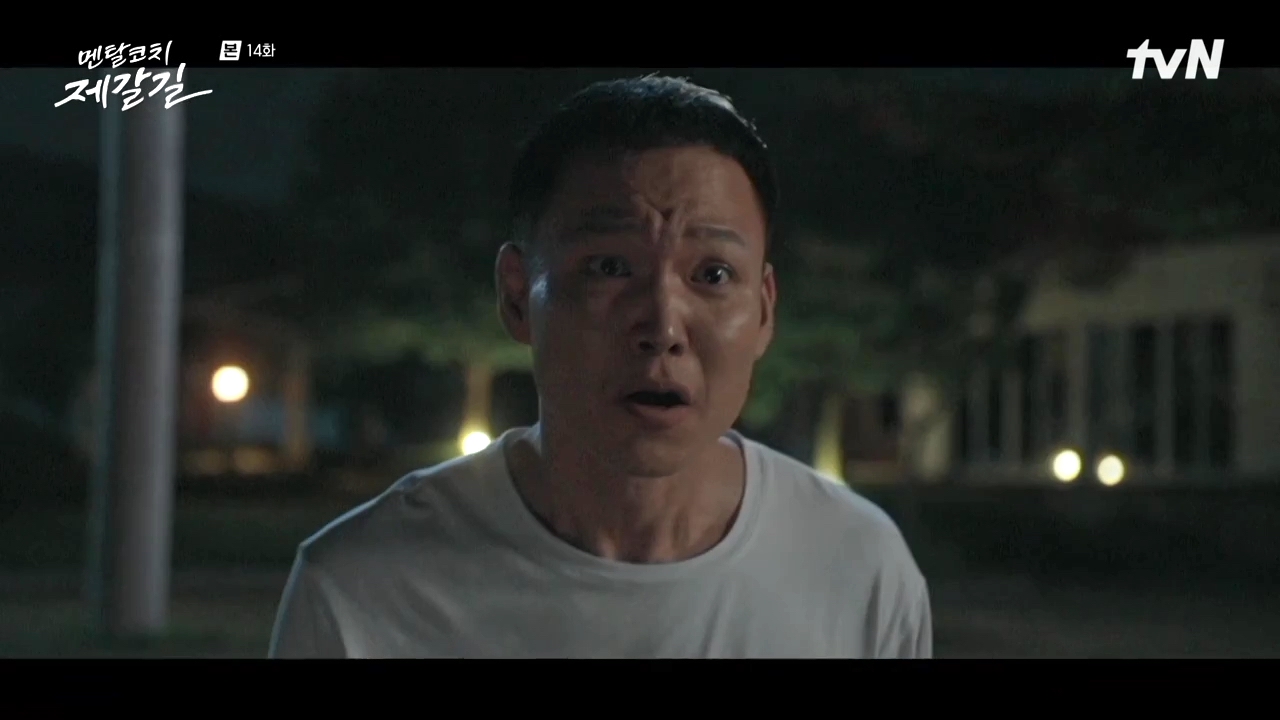 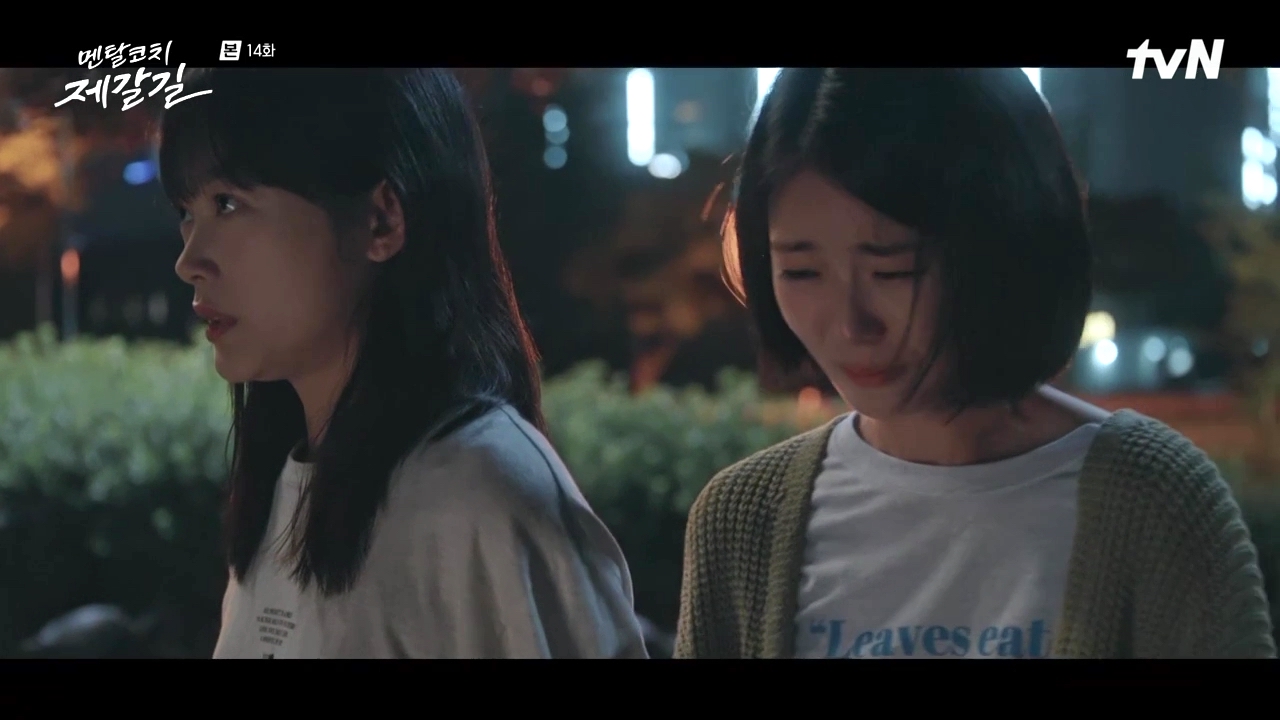 Coach Oh is a total cockroach though, and he chases after the girls like the villain he is only to be nearly beaten to a pulp by Moo-tae (who finally makes up with his sister). He’s sent packing by Gil, who basically tells him, “You’re gonna get yours.”

Running concurrent to the girls’ storyline, is Gil and the No Medal Club’s operation to steal the Important and Incriminating Foundation Documents straight from Tae-man’s office. This whole arc would have been far more enjoyable if the drama didn’t insist on so much asynchronous editing (some is good for effect; too much is just confusing and counter-productive). However, the first little twist is that while Tae-man and Moo-tae appear to be setting an elaborate trap to catch Gil in the act, they catch someone else entirely: Dr. Park. 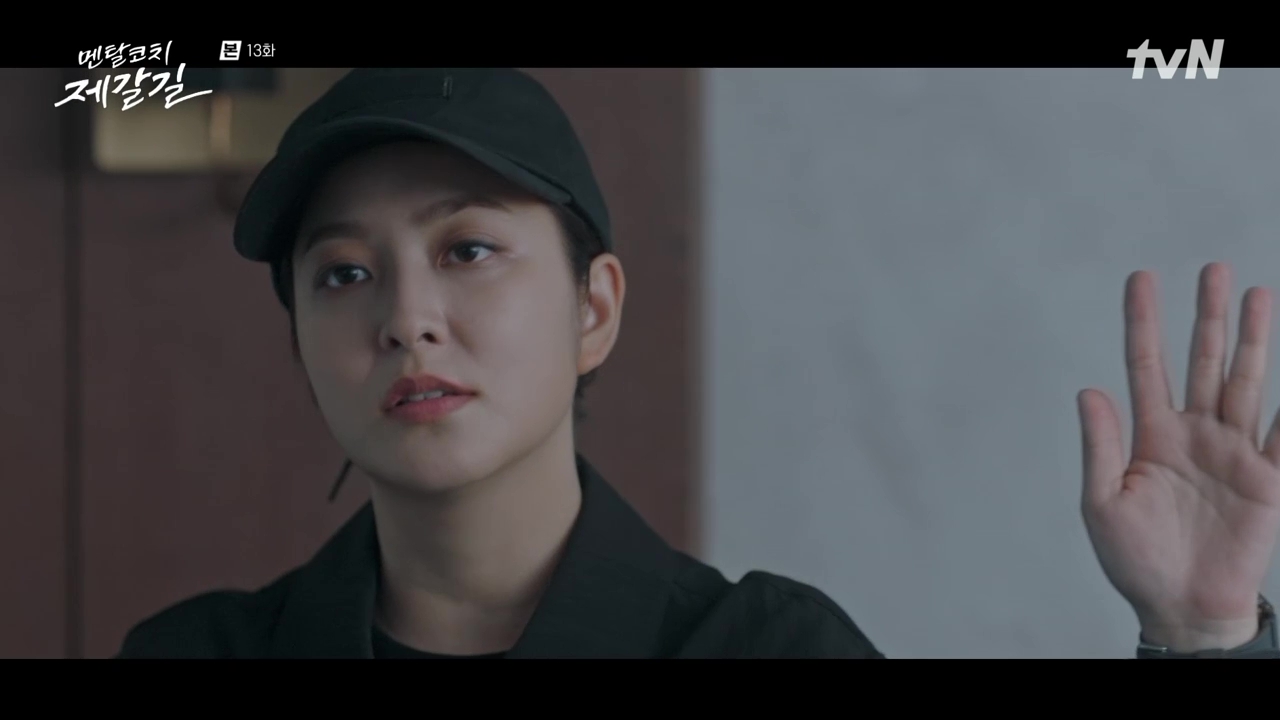 We see in flashback that Dr. Park has inserted herself into Gil’s operation and for the first time in the drama I’m really feeling for her — she has a corrupt snake for a father, and she finally has to confront the murderous lengths he is willing to go to for power.

If Dr. Park is the first twist (and it’s not like Tae-man would react to her the way he would Gil), the next twist is that Moo-tae has done not a double-cross but a triple-cross! At first glance we saw him go to Gil, look penitent, give him the code to the safe, and help him plan his op. Then, we see that he planned that whole thing as a setup with Tae-man. But then we see that it was a setup of a setup, and Moo-tae did help Gil in the end.

So, in the end, Gil not only has all the Important and Incriminating Foundation Documents, but he’s gained his bestie back (thanks to the wakeup call that Ga-eul’s assault gave her brother). 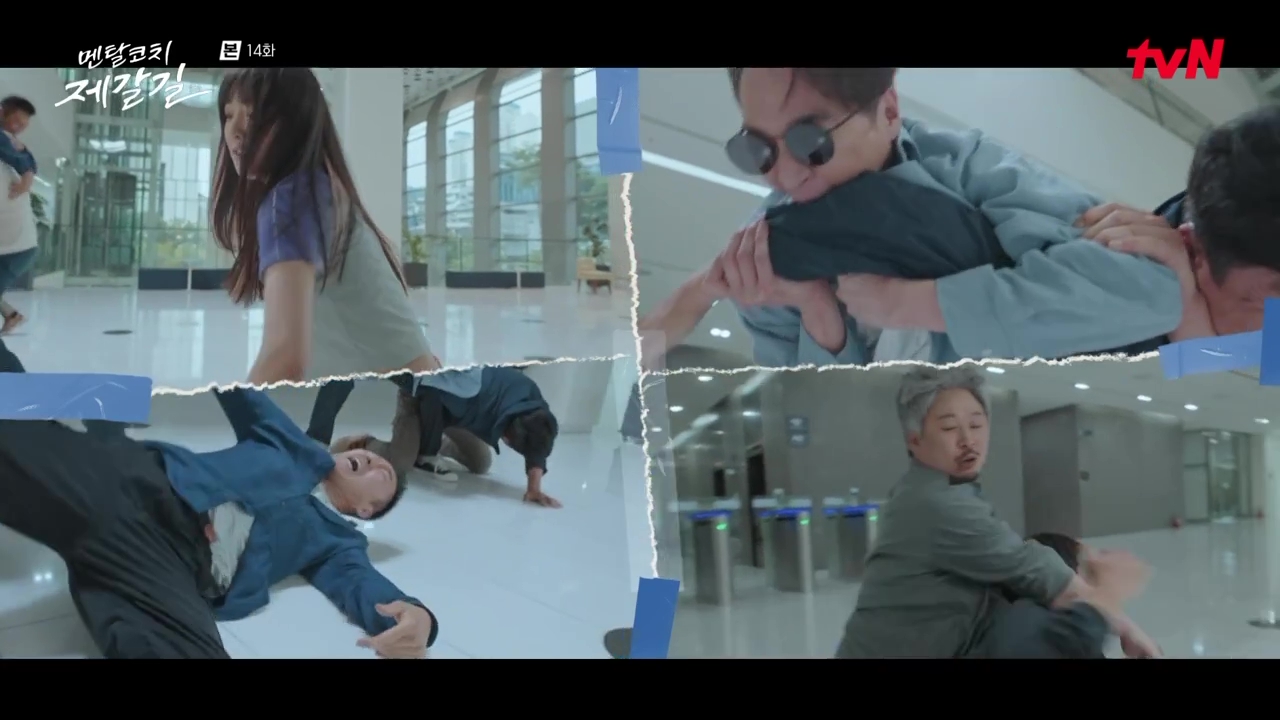 Our No Medal Club (and especially Young-to!) deserve so much more story than they’re getting — this will be a gripe of mine till the end — but, as ever, they turn up just when needed to help and support. Sometimes it’s to eat PPL snacks and plan epic takedowns; sometimes it’s to be the muscle in a fight. Thanks to them, Gil and the Important and Incriminating Foundation Documents escape Tae-man’s tantrums and flock of baddies.

But things quickly escalate, and the theme of back-stabbing and double-crossing continues with way higher stakes. At first, Tae-man loses his sh!t when he realizes Moo-tae double-crossed him, but it’s not until he chases down Moo-tae and learns that they’re both on thin ice with the Evil Assemblyman that we see Tae-man’s true colors. 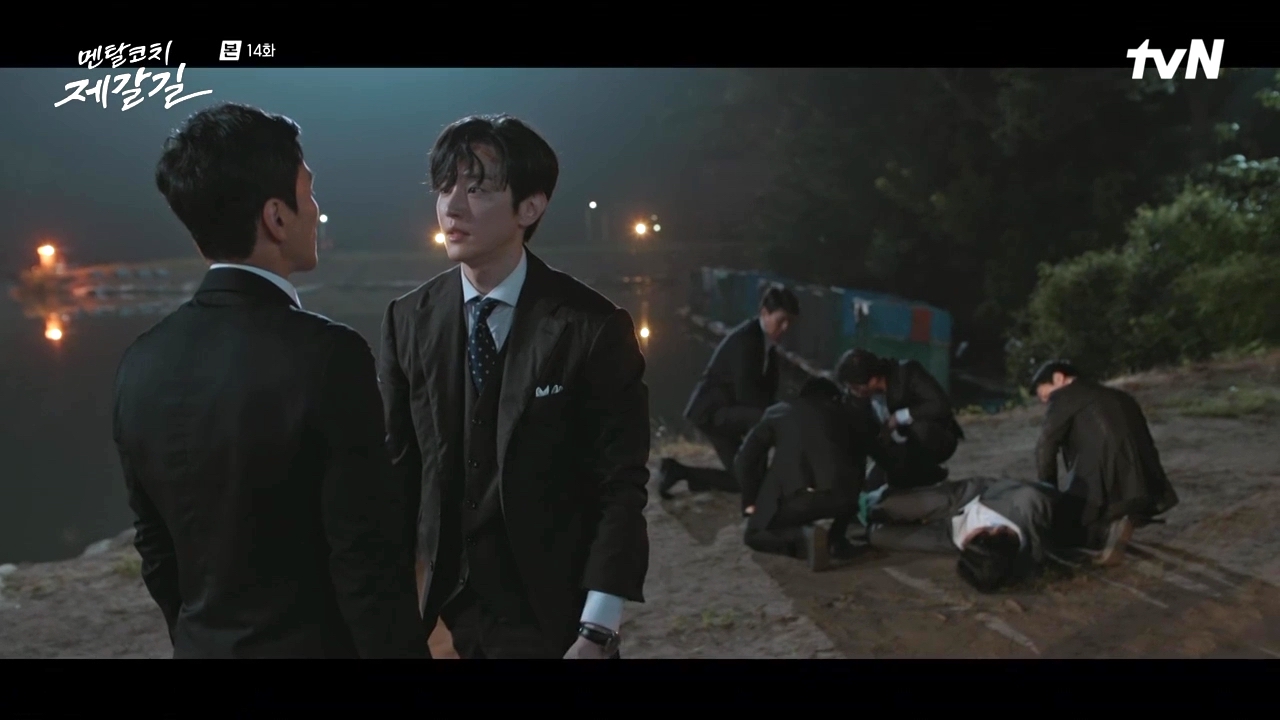 The Evil Assemblyman’s goons arrive with carte blanche, and things get hairy when they beat Moo-tae to a pulp and tie him up, about to throw him into the reservoir. Will Tae-man turn a blind eye and save himself? It really looks like he will, but all the while I’m hoping not…

And sure enough, there’s a real human bean inside him somewhere! He chooses to fight the goons and save Moo-tae rather than himself, and I’m loving this. Then, it only gets better when Gil flies onto the scene, and the three old teammates take on the goons. In Gil’s words: three national taekwondo athletes have been trained enough to beat five opponents. (I don’t fully forgive Tae-man yet, but this is a great moment, and one the drama was primed for, so I’m happy.)

As the episode comes to a quick end, our theme from earlier in the episode is hammered in. Gil narrates that, “Life is not a relay, but a long-distance race you run with others.” The importance of the people around you — friends, family, team, and even foes — has been a long-standing theme of this drama, and I’m glad they’re returning to it. Even if it means that Gil had to give up the Important and Incriminating Foundation Documents to save his friends. I’m sure they’ll find a way to win next week. 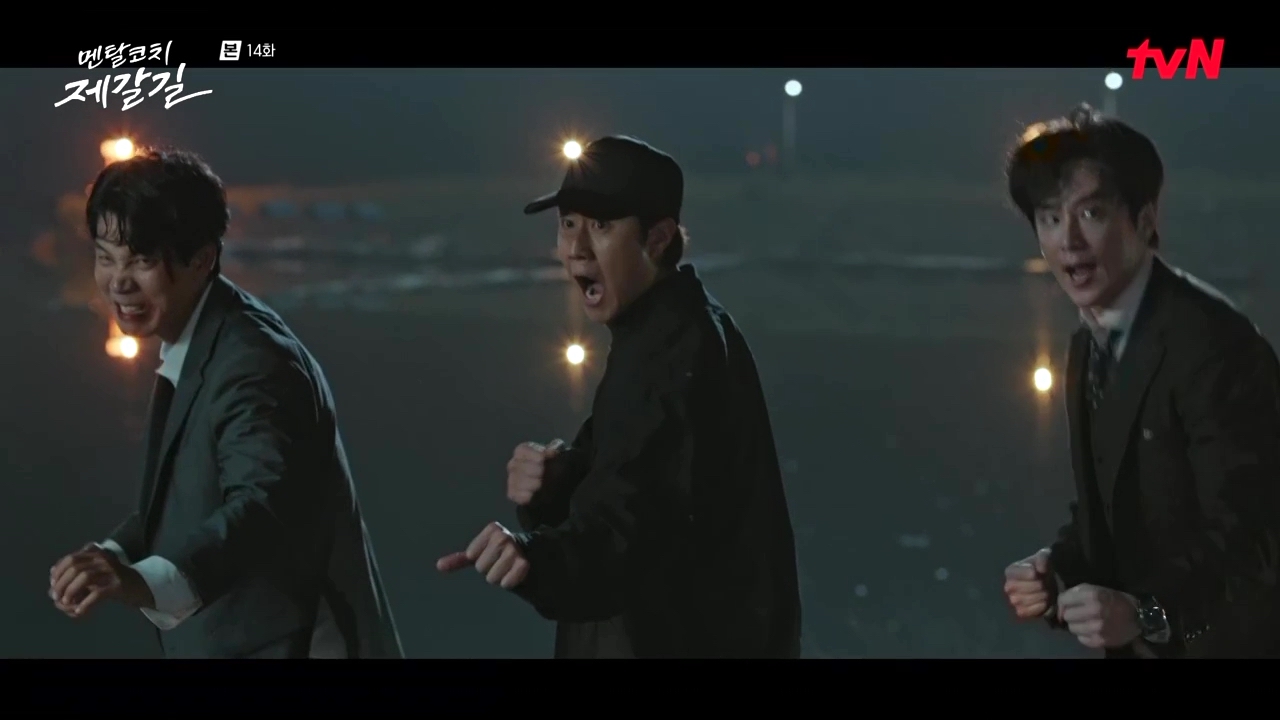 I was kinda disapointing by these episodes. I want to see mental coaching, so even if Ga-Eul can coach herself with Gil's words now, the whole assembly man's plot is boring. Gil with athletes and Gil working on his own issue were the best parts (even if I was happy to see the 3 finally forming a team at the end).

I missed Mu-Gyeol, the poor guy saved Ga-Eul but since we don't know if he can swim again, it was one time thing? He resumed his training? He doesn't swim anymore and he's full time nurse?

It was good to see Gil’s dad back briefly I have been wondering how we rarely see him when he lives and works in the no medal club headquarters.
How bad is it that Suna had such a traumatic incident & wanted to go home but was not confident that she would get what she needed from her mum. I was confused how the girls were looking for other girls to help them out rather than calling in safe men who would be able to deal with Coach Oh.
Poor Dr Park has to find a way for her and her brother to survive all that their dad is putting in place especially to prevent her brother becoming like their dad.
I am looking forward to this finishing next week the relentless futility of the pursuit of justice has been hard to deal with.

The "relentless futility of the pursuit of justice has been hard to deal with." This perfectly describes how I feel about this drama. I guess the comedic tone from the earlier episodes made me think it was going to be like "Squad 38" with Jegal and his No Medal Team righting the wrongs in the sporting field. Instead, it feels unbalanced - whipping back and forth from the athletes' feelings of trauma stemming from too real injustices to the unrealistically successful escapades pulled off by Jegal and his crew. It's disappointing.