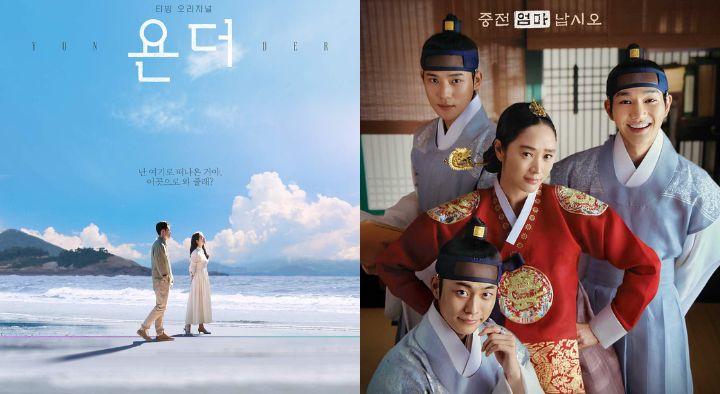 We have two interesting dramas premiering this week — one the brainchild of a famed film director that’s getting a lot of critical interest, and the other a wonderful mix of sageuk and black comedy, starring the ever-wonderful Kim Hye-soo. 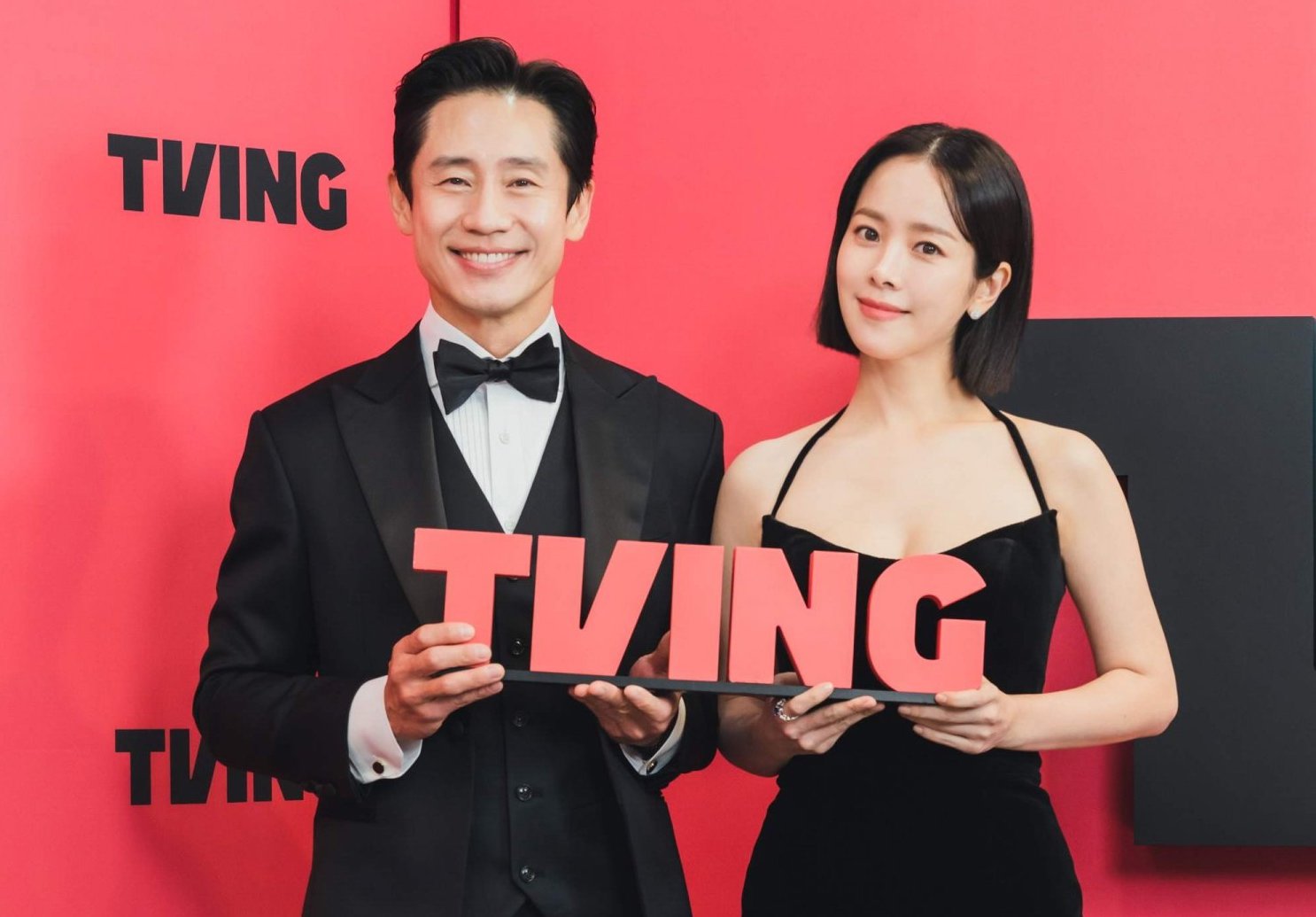 Reasons to watch: With an amazing cast and an amazing director behind it, Yonder definitely gives off the feeling of being something entirely new in the dramaverse. Yonder follows the story of a man (Shin Ha-kyun) who is broken over the loss of his wife (Han Ji-min) and given a chance to meet her again via a strange place/dimension called Yonder. If it sounds like an art film, that’s because it probably would have been exactly that a few years ago, but now, OTT services have opened up so many doors, and we are seeing a lot more “K-drama” productions that are mimicking the film space in terms of what they want to do and want to explore. Yonder is definitely one of those.

Under the Queen’s Umbrella 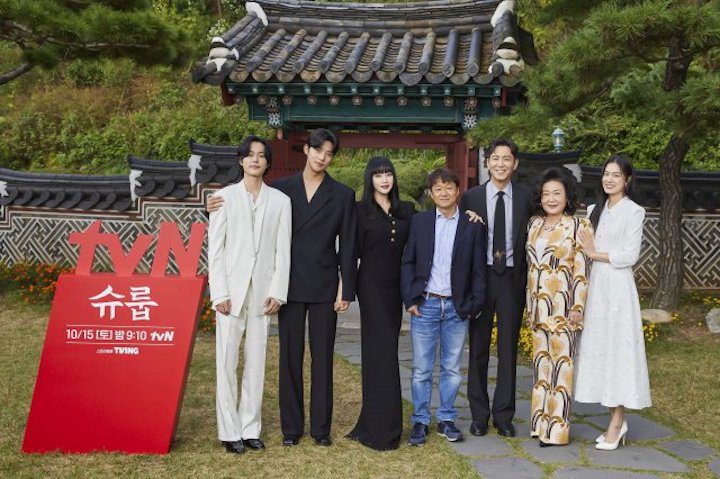 Reasons to watch: Kim Hye-soo might be all you needed to hear, but this sageuk — which looks artful and gorgeous but promises to be a black comedy too — also stars Kim Hae-sook and Choi Won-young. The usual battle for succession and heirship is on in Joseon, but Under the Queen’s Umbrella takes a decidedly motherly approach, as the queen (Kim Hye-soo) must whip her own sons into shape so the illegitimate sons (via concubines) don’t usurp their place. Quite rightly, the drama has a lot of cute puppy-like boys as all the palace princes, and there’s just something about the thought of Kim Hye-soo running around in hanbok trying to wrangle them that makes this premise irresistible.

I think Kim Hye-soo is a great actress, but I have to admit that despite all the promotional materials that have come out about this drama, I still feel like I don't really know what it's about. Yes, I get that it's a story concerning a Queen who is fighting for her sons to have a place in their royal world, but that's typically an undercurrent of many sageuks and not the main plot. So I'm curious to see if there's more to the story than has been previewed.

I thought the same thing when I read the premise. Oh a woman in Joseon who's forced to manoeuvre her sons into succession because producing heirs is her literal job and in Joseon retirement meant death.

UNDER THE QUEEN'S UMBRELLA will be on Netflix.

Yonder will be on Paramount+, which is its first Korean drama series.

Not yet another streaming service added to the mix. Luckily, I do currently have Paramount+.

You need a chaebol to afford them all.

Omona, it's getting more ridiculous...I thought Kdramas in 2022 can't get any worse in terms of streaming services....

AND...even if you have Disney+, they won't stream the kdramas in the US! And Kocowa isn't even showing most of the dramas made by the Big 3. Very frustrating to a long term user!

This year I have cancelled paid subscriptions I had to both Kocowa and OnDemandKorea for lack of english subbed kdramas.
If given the opportunity (currently not an option for those of us in the US) I would seriously give consideration to subscribing to Viu which seems to have excellent access to kdrama licensing.

I drew the line after subscribing to iQIYI- and dropped OnDemand Korea. We have Amazon Prime anyway, so we get those shows. I am in the US- so oddly enough Disney+ is useless to me while Viu is unavailable. So I have limited myself to Viki, Netflix and iQIYI- and the latter one mostly for its Chinese shows. Together with Amazon Prime these are enough and I am not spending too much.

But there are some dramas which i simply do not get to see and that is a shame.

You can add WeTV, Youku etc if you want more cdramas :)

But when is HBO getting on b9ard, I got a subscription when they had great deal starting here. But no kdramas (yet!)

Yonder wasn't on my radar, but I do like Han Ji-min, and it sounds like there is a great team behind it.

Sometimes I have trouble finding black comedies... comedic. They can be such downers if the moments aren't hitting for you, and whether they hit for me has a lot to do with what else is going on in my life. Hoping this one lands correctly!

I really want to watch Yonder, but no way of getting it in my region. I guess I will have to get creative…

Well in UTQU I already know which one of the princes I will be rooting for: Prince Bo-gum (and not because of who you think lol), son of a concubine. Our Prince Bo-gum will be played by Kim Min-ki who was terrific in RACKET BOYS (2021) (Netflix US) as brainy In-sol and he followed that up with a meaty role as the future King Sejong in THE KING OF TEARS: LEE BANG WON (Viki US) in which he was once again terrific. I haven’t seen his first drama: TRUE BEAUTY (2020) (Viki US).

They're here already. I'll be seeing both dramas in the weekend.
Running Kim Hye-soo in a hanbok and a comedy brings out my curiosity for Under the Queen's Umbrella's premiere.

Honestly even after all the promos I just can’t see Kim Hye Soo working a hanbok, I hope I’ll be pleasantly surprised by the show!

Gonna check out Under the Queen’s Umbrella!! Don't have any sageuks in my current lineup and I'm interested in the black comedy aspect.

I was about to say I haven't watched a funny sageuk in a while then I remember I watched Poong. That was suppose to be a comedy, but it only had few funny moments/lines. So yeah, hoping this new drama will be much more fun.

Finding a way to watch Yonder is going to be a challenge but man that sounds like exactly my kind of show!

I've just watched the first 3 half-hour eps on a Site That Can't Be Named. So far it feels very much like SF8, and I have some doubts about it, but I do think you'll find it interesting.

Oh thanks! Yes I saw it show up Darkside, I'll definitely dive in at some point.

Although I am not a hard core fan of the cast of "Under the queen's umbrella" I am planning to watch it for the theme. Its quite unlikeable, I mean you never get to see the Lady fighting for the sons in most of the saeguks. I will try it out. As for yonder, the availability will be an issue, I have my hopes for HiTV.

"Kim Hye-soo might be all you needed to hear..."

How do you know me so much?

Yonder how can I watch you. That is my problem now lol. Amazing director and cast!