A single dad will do anything for his terminally ill daughter and replies to her fan letter, pretending to be her favorite actress. When the media gets wind of it, the press is in a frenzy, and the actress and father soon find themselves in a predicament.

A single dad will do anything for his terminally ill daughter and replies to her fan letter, pretending to be her favorite actress. When the media gets wind of it, the press is in a frenzy, and the actress and father soon find themselves in a predicament. 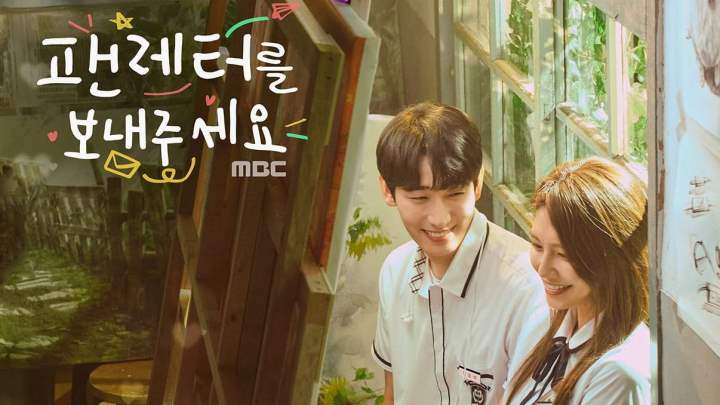 This bite sized gem is the perfect binge watch if you like slice of life and romance. It does have some sad elements but the good news is there are no sad outcomes for children or pets. It is a simple tale of renewed acquaintances in unexpected circumstances.
Everyone does a great job and the child actors are really cute. Due to the time constraints I feel they could have easily eliminated a few of the tropes but overall I enjoyed it and would recommend.

This drama suit the season it was released, it gives the feeling i get every end of the year....Hope, It is simple, sweet and is highly recommended.

If you just pay attention to the dynamics between the main trio -- father, daughter, and star-- and don't think too hard, then this can be a cute, healing drama for all three of them. Beyond that tight focus, there are so many tropes and cliches and improbable situations, like of 4 high school classmates, 2 became movie stars and 2 had kids with cancer in the same ward at the same time. Right.... Yu-na's mother dies without ever appearing on screen, and Yu-na doesn't have to grieve much because she never knew her. So convenient! Jung-seok is not only a dedicated father, he also graduated top of his class from a prestigious law school. Heck, he couldn't have been an ordinary working dad if we wanted him to win Kang-hee's heart. Like I said, don't think too hard, and keep your eyes on the main trio. With only 4 episodes, the drama will ge over before you have much time to be annoyed with its shortcomings.

Please Send Me A Fan Letter is a story I know I needed. At the end of it all it left this feeling of satisfaction. And give this piece a big credit for not letting the Male Lead meet the FL at the airport.

This 4 episode gem has made a Soo-young fan out of me.

Some really nice things can come in small packages, like a personal letter. This show was simple but a nice gift of sentimentality. It was well cast and well performed. The direction and flashbacks were integrated well. The child actors were once again very good. It shows you can tell a good story in 4 episodes. There was one big plot hole in the main story which should have been addressed. Overall, I found this a well done show and highly recommend.