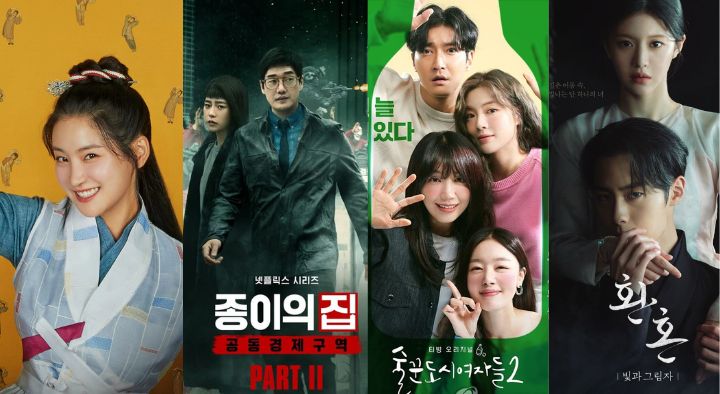 We have a lot of new dramas hitting the airwaves in our weekend slots, but by the looks of all the 2s in those titles, most of them are more than a little familiar. 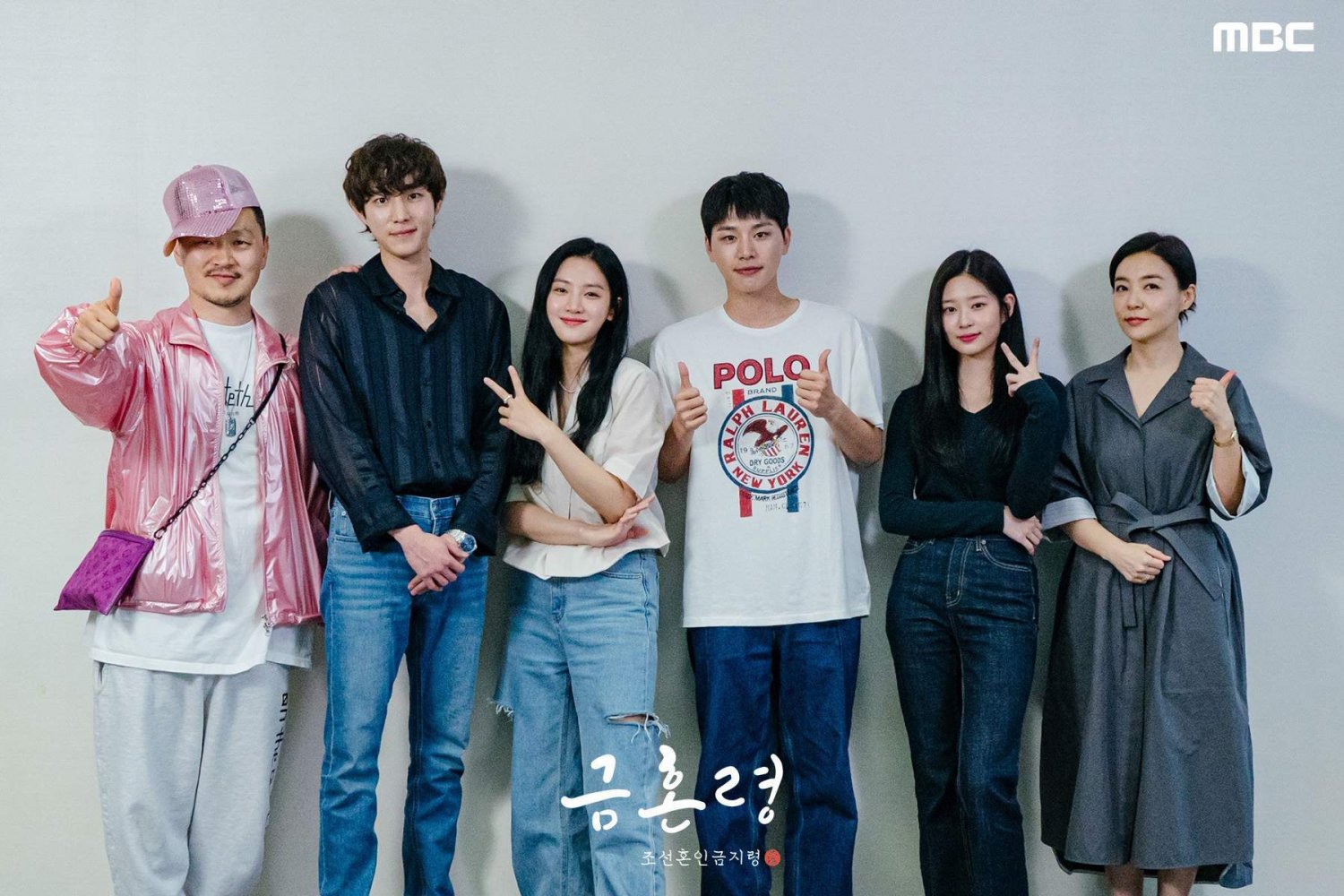 Reasons to watch: Kim Young-dae is at his best being extra, so I want to shake the hand of whoever cast him here as our marriage banning Joseon king. His foil (and love interest, natch) is Park Joo-hyun, who has proven over the last year or two that she can basically kill any role, regardless of genre or tone. Additionally, the writer of the web novel from which this drama was adapted is also responsible for our script – and that just makes me happy. 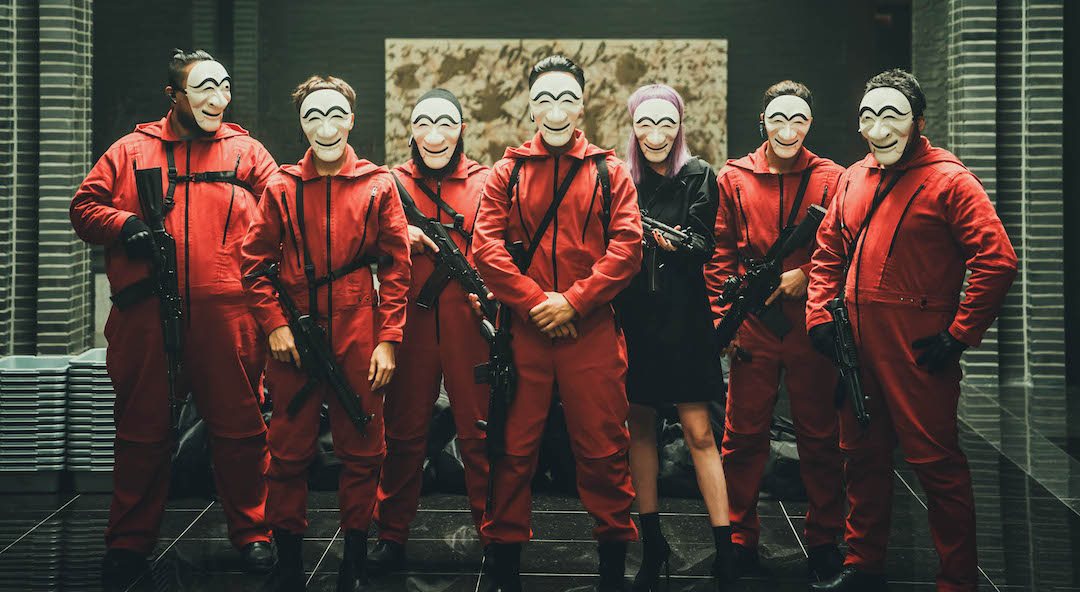 Reasons to watch: I’d be lying if I said I remembered that Netflix only dropped the first half of Money Heist: Korea a few months ago. Well, the second half of their remake series is here, promising to dive in right where they left off — but interestingly adding a new Korea-only character to this franchise (if you will), so that should brighten things up considerably. The excellent cast of Yoo Ji-tae, Park Hae-soo, Jeon Jong-seo, Kim Ji-hoon, Lee Hyun-woo, Lee Joo-bin, Kim Sung-ho, and more, return. 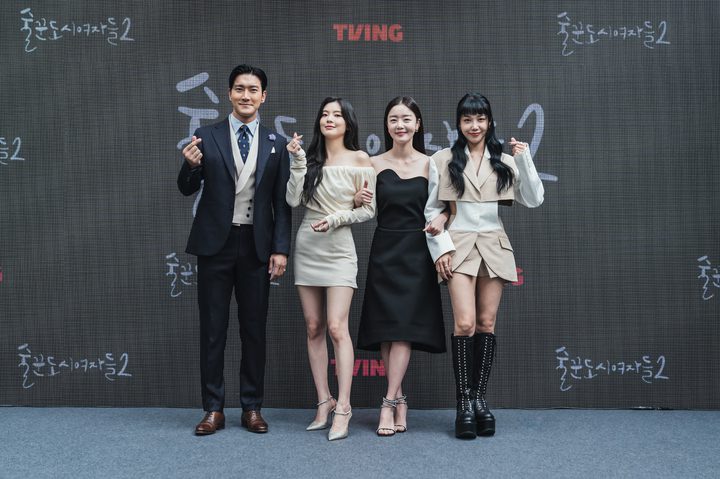 Reasons to watch: Back by popular demand, Lee Sun-bin, Jung Eun-ji, and Han Sun-hwa return as our friends who navigate love, work, and life in general — all with the help of a lot of alcohol. Choi Siwon is also back reprising his role, as is Yoon Shi-yoon. In fact, the fan excitement is so high for this one that the first season is creeping to the top of my watch list.

TL;DR: Our girls reach the bottom of many soju bottles: part 2

Alchemy of Souls 2: Light and Shadow

Reasons to watch: The final 10 episodes of Alchemy of Souls need no introduction. The success of the first half of the drama has us all anticipating the conclusion of the saga, with complicated reactions that range from swoons over the couple poster to ever-so-slight terror over the actress switch and soul-swapping that awaits us. Whatever happens, it’s going to be a lot of fun, that’s for sure.

More than a little nervous over ALCHEMY OF SOULS. But we will definitely be watching.

There is no way we are not going to be watching FORBIDDEN MARRIAGE.

Really excited for 1,2,and 4. You know what happens when you watch a LOT of shows regularly and then you hit a quiet place with not much to watch? You go crazy trying to find more to watch! (and ignoring all the things you COULD be doing instead! Its funner to try to fit all the things needing doing into a packed schedule rather than sitting on your hands going Now what do I do? heh heh

I am so happy to know the Forbidden marriage webtoon writer did the script too. This is one I am looking forward to and hope it maintains consistent storytelling so by the end it feels like a satisfying watch.

The Forbidden Marriage will be on Viki today.

The Forbidden Marriage is also on Amazon Prime. Guess we have another competitor for OTT streaming.

Thanks! I wonder if I can just jump into WLDN season 2 without having watched season 1 (I couldn't find it streaming anywhere). Unless Prime picked it up now, too?

I actually don’t see WLDN anywhere on Prime. Season 2 is on OnDemandKorea just like season 1 was. Maybe it’s just my region.

I think I googled it a few weeks ago and it was only available in one region and that region was like India or something similar. I want to see the complex background rights agreements that led to that.

Waow 3 of them are second seasons!

So I will try The Forbidden Marriage because I don't really have light drama on my list for now. There could have been Cheer Up but they added a crazy guy who tried to kill people...

I will watch Alchelmy of Souls, just to complain :D More seriously, I have many doubts about the fact they could really find an end that makes sense because the first part didn't... But I'm curious.

I will watch Alchelmy of Souls, just to complain :D

And I love your honesty here!😅 I might enjoy watching the db responses to these 10 episodes just as much (if not more) than the show itself.🤣

I didn't specially like the first part for different reasons. But I'm curious how they will end this show. There are 10 episodes only, so it won't be too much of my time.

Will definitely be watching "Forbidden Marriage". Korean Money heist is a pass since I didnot go past ep 2 of the spanish money heist.
I am currently watching the season 2 of Aos after keeping it on hold for so long. So might check out S2 after that. Also yes for Work later, drink now 2 if I have time.

My excitement for Alchemy goes without saying and knows no bounds.

I really want to watch Forbidden Marriage too, but why does it have to be over the weekend? I might wait until one of my other dramas finishes and then catch up halfway through.

With the heaviest alcohol consumption per capita in the world and it's ensuing physical and societal problems, it amazes me how much heavy drinking is still promoted in Korea. I'm no teetotaler, but when you leave Russia in the dust on drinking, when you lead the world in liver problems, when you have 10x vehicle accidents involving alcohol, when your alcohol consumption continues to grow by leaps and bounds, it seems the society would try to do something to make moderation appear the norm rather than excess.

it amazes me how they promote it everywhere, not only in dramas, but also in tv show and youtube shows, and at the same time knetizen are fast in cancelling actors/artists for DUI... make it make sense!

Woo hoo Alchemy of Souls is starting this week!
Forbidden Marriage also seems like a lot of fun.

UNDER THE QUEEN’S UMBRELLA wrapped up last weekend which opens up a sageuk slot for me. I will be watching THE FORBIDDEN MARRIAGE (Viki US. Thank you). I hope it truly is a sageuk comedy. I am already dealing with one ‘bait and switch’ at the end of 2022: SUMMER STRIKE and I hope to avoid another.

OT. Based on Nuve’s comment above I went to Prime Video US to see if TFM is available there and currently it is not.
However @kiara and @wishfultoki I discovered that the 2022 Korean historical film HANSAN: RISING DRAGON is available there for free. This is the second of Director Kim Han-min’s projected Yi Sun-sin trilogy.

Thank you bong-soo @marcusnyc20. I watched 20 minutes of THE FORBIDDEN MARRIAGE Ep. 1 and I regret to say that it is not for me. But I will definitely check out HANSAN. Park Hae-il! Byun Yo-han! Turtle ships!

Sorry to hear that. I haven’t watched episode one yet. I think it may be awhile before we have a traditional sageuk option.
Btw, I have queued up on Prime Video US: THE ADMIRAL: ROARING CURRENTS (2014), THE SINGER (2021)- thanks for the suggestion, and THE MAGICIAN (2015)- Yoo Seung-ho’s first post military project. Have you see THE MAGICIAN?

I have not seen THE MAGICIAN. I came across clips of Ji Chang-wook's musical though and was intrigued. I always knew he had a nice voice because he sang some of the OST in EMPRESS KI. I've added it to my list.

Yay for THE ROARING CURRENTS! I hope you like it.

Fwiw I enjoyed JCW's THE SOUND OF MAGIC (Netflix US). It is only six episodes. I thought it was a bit gutsy of him and the rest of the cast to take a chance on a musical. He does have a nice voice. Tip. At the end of episode six stay with the credits all the way through. Little surprise there.

Obviously here a very uninformed question, but...
What happened to the Jung So min's character in Alchemy of souls 1?
Because now I see they will be featuring a new lady.... :/

We don't know yet.

But at the end of the season 1, her body was turning in stone and she jumped in the lake, then was saved by 2 women.

Her old body was burnt.

So they will have to answer how her old body is still good and why the new one has disapeared.

Will be watching 1 and 4. Hoping Forbidden Marriage will be nice and light with zero intrigue.

Alchemy of Souls is the one thing I have been dying to see. So nervous about it, too! It's been my favorite drama of the year. But you know...the three month gap and the female lead switch. (Which is logical, given the plotline. But still, it's a risk.) I watched it as soon as it went live on Netflix. Ahhhh I'm going to be okay, lol. Even though it's a different face, I could still see Naksu in there. Whew! There were a lot of feels in this episode--the past three years have been hard for all our favorite characters in Daeho--as well as a lot of questions that should make the next 9 episodes interesting. Some funny moments, too. I'm so glad. Hoping for a satisfying ending!

Just watched the first episode of Alchemy of Souls. Not sure how it will end up but right now I'm just going with it, that is, not worried about dropped plotlines and enjoying what's happening on the screen. And right now I'm glued to it. Not sure if I'm happy it'll end in 4 weeks or sad that I might be begging for more.