Lee Yuri up for family weekend drama Father Is Strange 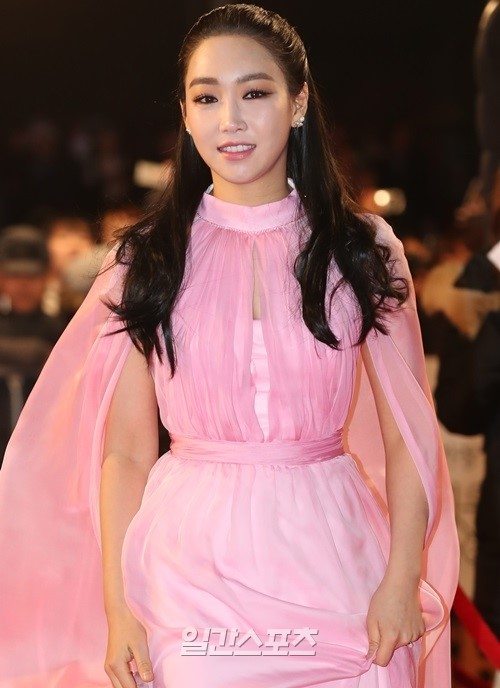 Hmmm… I think I may like this casting fit more. Lee Yuri (Heaven’s Promise) has been offered the role of eldest sister in the Father Is Strange family after Kim So-yeon (All’s Well in a Happy Home) backed out of the project due to personal reasons. The upcoming KBS weekend drama is a feel-good comedy about what happens to a boisterous family of six when a Hallyu star suddenly comes to live in their humble home.

The character that has been offered to Lee Yuri is a cool, chic lawyer, who is not lacking in anything, be it intelligence or beauty. As the eldest daughter (but second child) of the Byun family, she is headstrong and self-centered. However, she stays loyal to her family and comes through for them at the most decisive moments. Ryu Soo-young (Neighborhood Lawyer Jo Deul-ho) is in talks to play her love interest who is a broadcast PD.

Lee Yuri is no stranger to weekend family dramas. In fact, she was catapulted to fame because of her role as a deranged greedy adopted sister in addictive makjang Jang Bo-ri Is Here. She even won the Daesang at the 2014 MBC Awards for her stellar performance. I’ve seen Lee Yuri in a couple dramas, including her recent daily drama Heaven’s Promise and tvN miniseries Superdaddy Yeol, and I must admit she does shine when she plays the evil one. But if she is cast, I’ll be infinitely more likely to watch Father Is Strange, just to see Lee Yuri flexing her acting muscles. And it doesn’t hurt that her character looks like she’ll have a bit of a bad girl streak.

Rounding out the Father is Strange cast are Kim Young-chul (All’s Well in a Happy Home) and Kim Hae-sook (Yeah, That’s How It Is), who play the titular patriarch and his devoted wife. Their two younger daughters will be played by Jung So-min (D-Day) and Ryu Hwa-young (Age of Youth). And finally, Lee Joon (Vampire Detective) will be the narcissistic top celebrity to enter into a cohabitation arrangement with them.

Father is Strange begins airing in February 2017 on KBS, after Laurel Tree Tailors finishes its run.

OMG!!!! YES YES YES YES. I absolutely love LYR. And making her a a woman who seemingly has it together will be awesome to watch. I think her and Jung So Mi are more believable as sisters as well. I hope she accepts!

Omg it's this picture again!

lmao. i know this is her recwnt picture but it is a nightmare! she is pretty, but she REALLY need to choose her dress and make up well.

Well, i am more excited to see LYR come back so I am all in. After Jang Bori, i am willing to see her in anything and her last drama Heaven Promise was
quite good for daily drama, except the ending may not as what we wanted.

Lee Joon is not from Vampire Prosecutor but Vampire Detective!!

Lee yuri is a bit lacking in acting out oth r roles other than evil ones but i still love her..even more than Kim So Yeon.

Kbs is surely the best in their Weekend dramas.i love Five children too

She won't play any candy roles / damsel in disfress heroine very well, but she is at her best as cold hearted / villain roles. She suit revenge drama more than many other actresses. In this type of drama she is capable to carry the drama by her own. That's why i love her.

Lee Yoo Ri - Jung So Min - Ryu Hwayoung as sisters - Kinda remind me IU and her sisters in My Name is Lee Soon Shin.

Better than Kim So Yeon. But this picture so scary.

Days after the fact, and I still don't know what to make of that pink contraption she's wearing.

I thought Lee Yuri started getting notice with Twinkle Twinkle and Ice Adonis (Yellow Boots). In Ice Adonis, she didn't play her usual evil character, even though it was a revenge drama. I liked her in it.

I'll watch everything with Lee Yuri . She was so versatile in Jang Bori that I became a fan !

Oh yes!! This final casting is infinitely better-- else I wouldn't have watched it! Love Yu Ri!