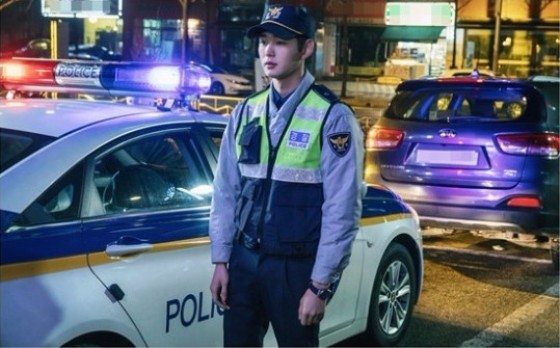 Finally, we get our first look at Lee Won-geun (Sassy Go Go) as a youthful police officer in the latest stills for his upcoming drama Mystery Queen, which is a ajumma sleuth-comedy starring Choi Kang-hee (Dazzling Temptation) and Kwon Sang-woo (Temptation).

The drama is about an ajumma dreamer, played by Choi Kang-hee, who loves pondering whodunnit puzzles and reading Agatha Christie-type novels. Unfortunately, her desires to pursue her own law enforcement/investigation degree were put on halt when she got married to a demanding man, whose career as a prosecutor came first as a priority in their family life. But due to her insatiable curiosity, she hangs around a crime scene one day, and is singled out by Lee Won-geun to be a civilian consultant on the case.

Because he’s such a rookie, most of his investigative knowledge comes from book-learning which we all know doesn’t necessarily translate to practical application. So when Choi Kang-hee shows up, she seems like a godsend for him, which should make for cute teamwork. That seems like the complete opposite of how Kwon Sang-woo seems to view her in the still cuts below, where he’s glowering at her like she’s a criminal. He plays the older, experienced gritty cop who uses mostly gut feeling to follow leads instead of logical deduction like Choi Kang-hee, and it looks like those differences will have them butting heads with each other as they work together to solve the case.

One of the pictures is actually a candid shot that Lee Won-geun recently posted of him and Choi Kang-hee on his personal Instagram, with an adorable caption that essentially said “Mong 1 plus Mong 2 equals mong-mong” (mong on its own means dazed; mong-mong means puppy). Ever since I watched Lee in the Good Wife, I’ve wanted to see his half-moon eyes twinkle and smile on my screen again. Fangirling aside, I definitely think that this drama could be a good transitioning step as he goes from playing mostly student characters into more grown-up roles.

Mystery Queen will begin airing on KBS in April after Chief Kim finishes its run. 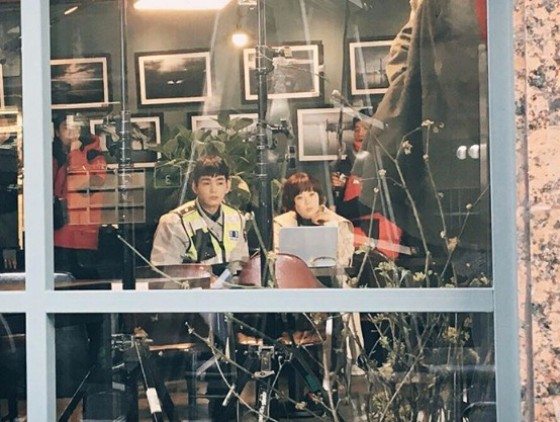 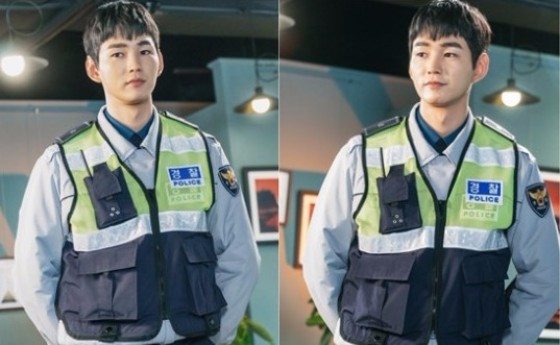 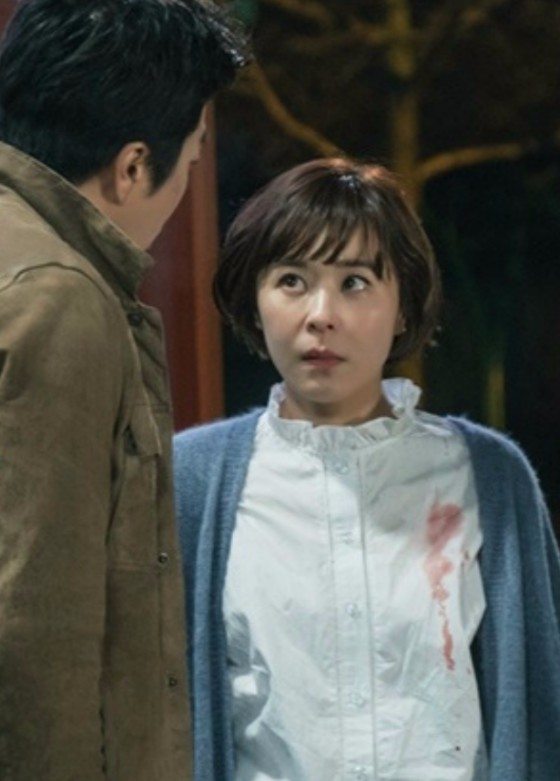 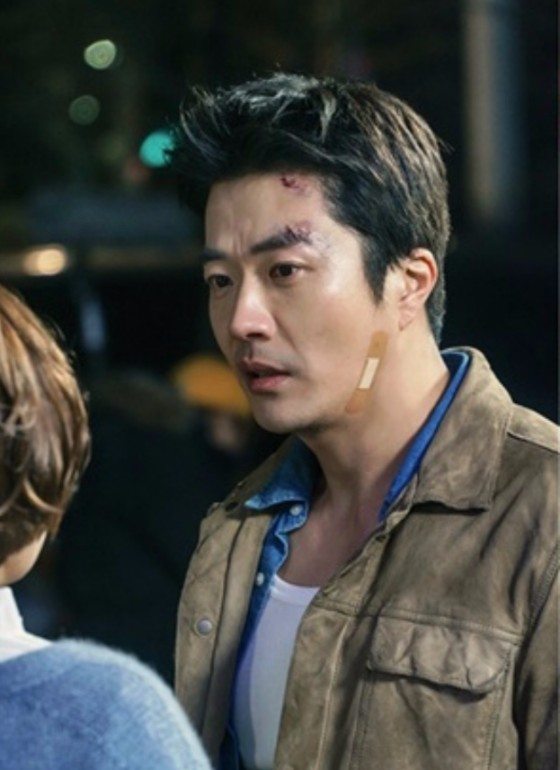 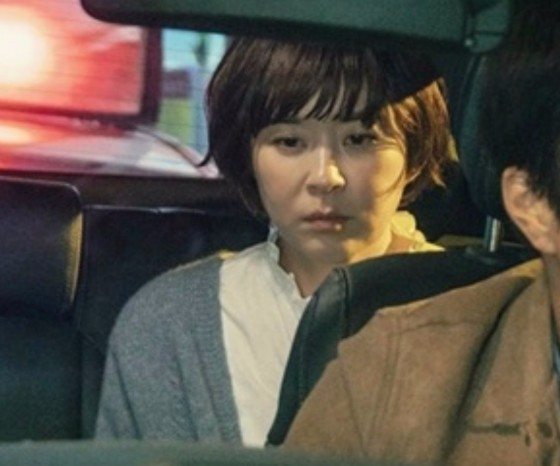 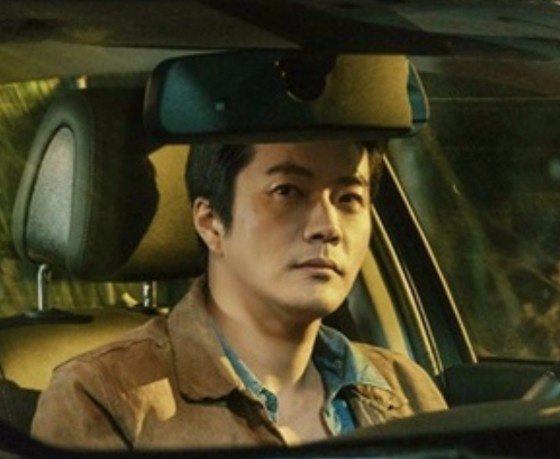 So Choi Kang Her's character is married. I'm thinking the husband is very much alive so no hope for a possible romance here, right?! Well, I'd still watch, of course.

This is worth the checking because of those two actors, hope it's good.

i can't stand Choi Kang Hee face and voice.
i pass this drama

thought i was the only one

Omg I was about to say the same thing lol.

I was gonna say that Lee Won Geun has already played a cop in Wanted...but then I realized that was Shin Jae Ha ?

Has he played a lawyer yet? He needs to complete the prophecy!

I was talking about SJH. I don't think he's played one yet.

Hah, I just realized he was in Sassy Go Go too, so many similarities.

LOL we need to see these two reunites at least in a photoshoot. I hope the bromance is still there. They are both puppies in SGG.

Exactly what I was thinking and I really like these two friends. Heehee~

wow jus realised when u point that out.

LOL, I already can see Kwon Sang-woo's face of utter frustation when dealing with the Ahjumma-Christie and the new puppy cop.

Mr. Crinkles as a baby cop is too cute.

Two of my favourite things: Lee Won-geun and Agatha Christie. Fangirling with tinebeanie. :)

I was fangirling over Kwon Sang Woo when he was starring in the drama 'Cinderella Man'. I might check this drama for him. Haven't seen Lee Won Geun in anything before, but he looks cute

Mr Crinkles is back! CKH looks cute but I wish her hair style will be different. It is a comeback of KSW after his last drama Temptation in 2014, so hopefully this will be good drama.

On the aside note, I think Kim Min Jae that will be in this drama is not the same actor who played young King in Goblin. (check Asianwiki). Too bad, I was so ready to see LWG and KMJ as puppies in this show.

Yep it's the actor Kim Min-jae (born in 1979) who is going to play Lee Won-geun's partner.

will there be a romantic plot between officer kwon and ajumma choi? but ajumma choi is married.. hmm.. though the recent korean dramas seemed to like delving into adulteries and affairs.

I think Korea should start to produce more drama with realistic approach and show that romance is not the only thing existed between man and woman, a beautiful friendship can be formed too.

Since when is 39 an ajumma? I get that ageism exist just like sexism and racism ets., but girls, we will all be 39 soon enough; so let's wait until 50 before calling a woman ajumma.... ahhh please!

I think in this case, once you're married, especially with kids, you're referred to as Ahjumma, think Lee Bo Young in God's Gift, Ga In's photographer friend in Personal Taste etc.

Yep not only middle age woman above called ahjumma, but the married woman too.