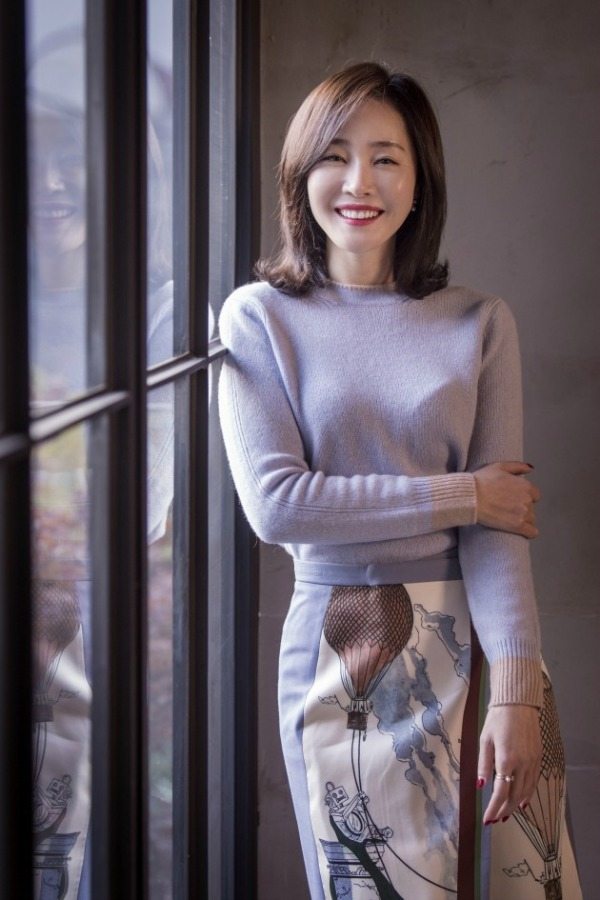 Finally! And not a moment too soon: Eom Ji-won (Master, Thrice Married Woman) has officially confirmed that she will be joining Namgoong Min (Chief Kim), Yoo Joon-sang (Pied Piper), and Jeon Hye-bin (Woman With a Suitcase) in SBS’s upcoming legal thriller Falsify. The first script reading with the entire cast is scheduled for this week, and they plan to start shooting for the show straightaway.

Eom Ji-won will play Kwon So-ra, a prosecutor who graduated at the top of her class and became well-known for becoming the youngest-ever female rookie. She doesn’t sound very popular, though: Her ambition and direct way of speaking makes her the subject of jealousy and suspicion in the prosecutor’s office. Kwon So-ra will work together with Namgoong Min and Yoo Joon-sang’s reporter characters to uncover corruption.

Han Moo-young, played by Namgoong Min, will be very different from Yoo Joon-sang’s elite Lee Seok-min character, however. Han Moo-young works for a third-rate tabloid and only became a reporter to get revenge for his older brother, who died while trying to report on a certain incident. On the opposite end of the spectrum, Lee Seok-min is a cynical stickler for the rules, who is considered a legend in the investigative journalism field. So, a troublemaker and a no-nonsense leader. They should get along just fine.

I’m pretty excited that Eom Ji-won is returning to dramaland after a four-year absence in favor of Chungmuro. I loved her in The Woman Who Still Wants to Marry, and she was gut-wrenching in Hope, where she played the mother of a girl who is brutally assaulted. She joins a cast that has acting talent in spades, so I look forward to watching them together on my screen fighting for justice.

Falsify will follow My Sassy Girl in SBS’s Monday-Tuesday slot, and will premiere on July 24.

Will this be the first legal thriller I'll watch?
(I don't suppose I Hear Your Voice counts lol).

Image-wise, she's different from Kim Ok Bin, so I wonder if SBS had to change her character to fit the actress?

They may have. I am glad they went in this direction though. I like that they cast a more mature woman.

I think the character is supposed to be in 30s, so it works fine for me with Eum Ji Won. In real life she is 40 y. o.

The cast for this drama is pretty interesting. I've never watched a legal drama but may check it out just for the cast!

Random and a bit off-topic but I love her skirt or is it a dress?

Me too! Cute and a little dystopic-looking (the robot-like creatures holding onto the hot air balloons)

I so want to know the designer.

I love her total look. That sweater, that skirt and that red lipstick.. they together scream perfect.

Any other legal drama recs?

2014's "Pride and Prejudice" starring Baek Jin Hee & Choi Jin Hyuk, is the only one that really stuck to me within the last couple of years

Punch and The Good Wife are more serious and heavy legal drama whereas Neighbourhood Lawyer Jo Deul Ho is a bit lighter, heartfelt, and a fun drama. :)

Woman With a Suitcase, ditto Pride and Prejudice, and The Good Wife

Woman of a dignity, Pride and Prejudice, Defendant

Love her in the movie "Hope" so no complains here. She has acting chops. Hope the writer will take advantage of her talents.

Glad that they've secured the female lead! I've not watched Eom Ji-won in anything before, though a quick search shows that she's actually been on Running Man... hmm... But this is great, because I'll get to discover an actress that is new to me, since I'll definitely be watching at least for Namgoong Min and Yoon Joon-sang! ^_^

I've watched some of her movies, but I haven't watched her dramas, so this one might be the first.

I love Eom Ji-won in "The Woman Who Still Wants to Marry" and just about anything. Will have to check out this drama then. :)

It seems that was all in the past. "She became well known for becoming the youngest-ever female rookie..." sounds like it to me.

Agree. It sounds the same for me. She's still holding the record for the youngest female rookie until today.

Her pic looks nice. I might watch this due to the promising cast alone. Dunno about the chemistry between the leads yet but somehow the show looks much more interesting when a mature female lead is cast.

I like her a lot since a woman who wants to marry.