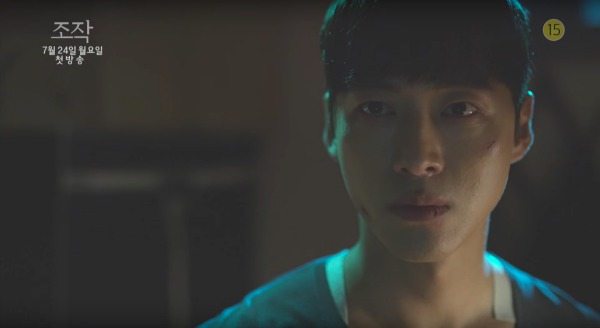 The first teaser is out for SBS’s Falsify, and it gives us a brief look at all of our main players and what they’re up against as they fight against corruption. The teaser is pretty chock full of blink-and-you’ll-miss-it scenes and there’s a lot going on, but what it does convey is pretty gripping.

The first person we hear is Moon Sung-geun’s (The Tooth and the Nail) character, a powerful figure in charge of Daehan Ilbo, the newspaper at the center of Falsify: “Moses parting the Red Sea isn’t the only miracle. When our newspaper comes down, the promised land reveals itself.” Wow, your ego literally could not be bigger if you’re making comparisons with God. And how appropriate that as he says it, men in suits walk across Daehan Ilbo’s floor plaque, and one of them steps on the word “truth.”

A reporter announces that a chaebol CEO has disappeared following a corruption scandal, leaving behind a suicide note, while not-so-coincidentally, a story breaks that four unknown corpses have been found. A bloodied Namgoong Min (Chief Kim) looks bewildered as he asks what is going on. Faked or not, the chaebol CEO does appear to have committed suicide, and Jung Man-shik (Entertainer), who plays a detective, phones a reporter to ask if they want a tip-off from the crime scene. The following chyron reads, “A falsified case. Hidden power.” So is he a lackey for the bad guys?

Now that we’ve established the main case our protagonists will work to solve, we get a closer look at our group of reporters and sole prosecutor. Namgoong Min chases someone out in the rain and gets beat up for his trouble, narrating offscreen, “I believe that this world will give me at least one chance to right its wrongs.” Yoo Joon-sang’s (Pied Piper) character seems more cautious: “You don’t know what’s waiting at the end of this case.”

I’m really looking forward to Eom Ji-won’s (Master) prosecutor, because judging by the teaser, she’s got some balls as she yells, possibly to a superior, “Do you know what I can’t stand? That we’re all complicit in this. Just who gave this sh*# order?!” It looks like she gets kicked out of the prosecutor’s office for her insubordination, but I don’t expect her to take that lying down. The next chyron says, “A world where truth is upside down. The people who will flip that world right side up.”

A man narrates offscreen, “Keep your friends close, and keep your enemies in an embrace.” And yay for badass female characters, as Eom Ji-won delivers a good kick to a suspect in jail, saying, “I’m going to be the one to lock you up for good. Consider this is your last day to laugh.” Yoo Joon-sang asks someone whether they’re really up for this, as Namgoong Min looks at the Daehan Ilbo building from afar and thinks, “I’ll become Korea’s top trash reporter, just for you.”

That was a solid teaser, and the premise is reminiscent of Forest of Secrets with a tone that hews more toward Lookout’s. Which aren’t bad connections to make at all. I’m pretty excited to see Namgoong Min back in another role that seems to have a bit of the crazy, and Eom Ji-won in an ass-kicking female lead character, which is always welcome in my book. Now, if only we got to see more of Jeon Hye-bin (Woman With a Suitcase)…

SBS’s upcoming Falsify will follow My Sassy Girl in the Monday-Tuesday slot on July 24. 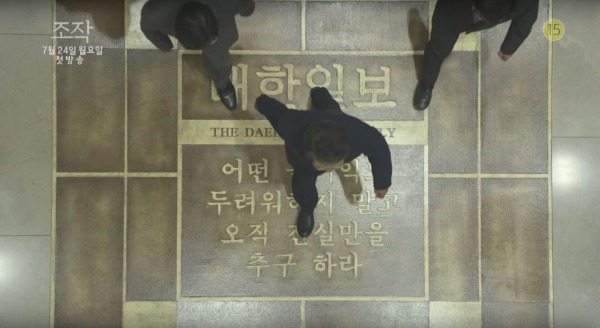 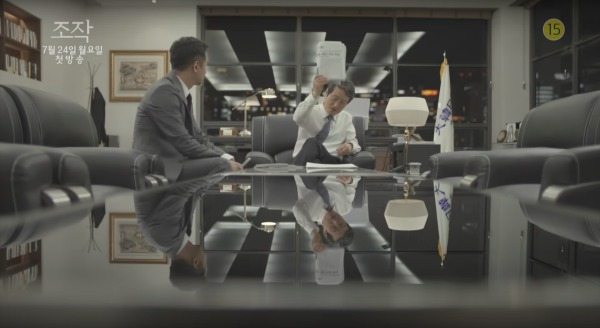 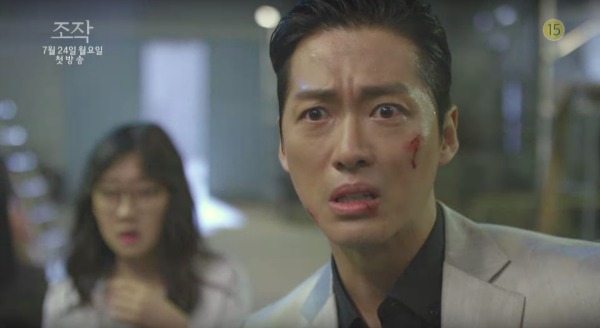 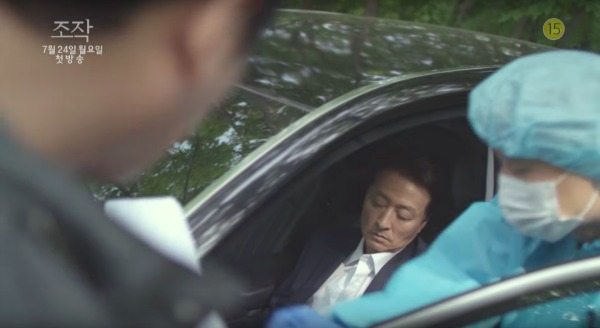 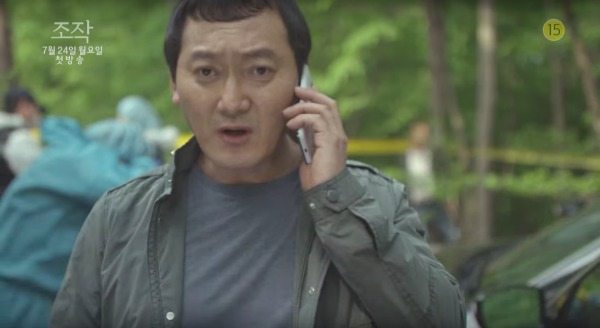 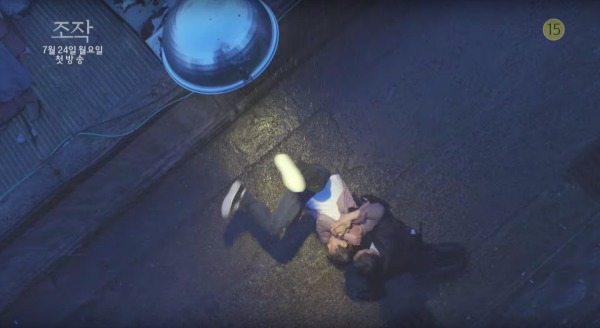 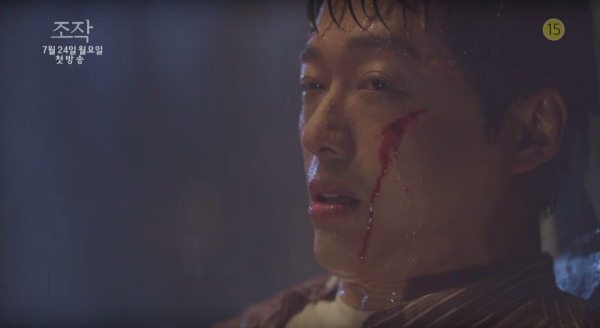 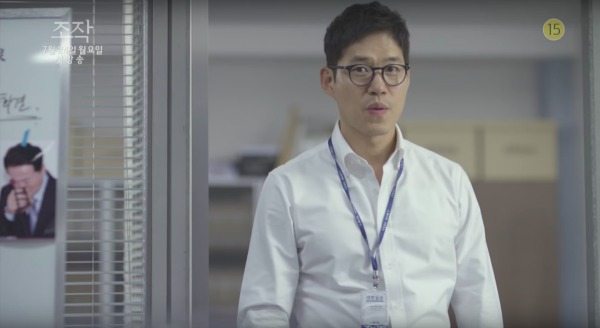 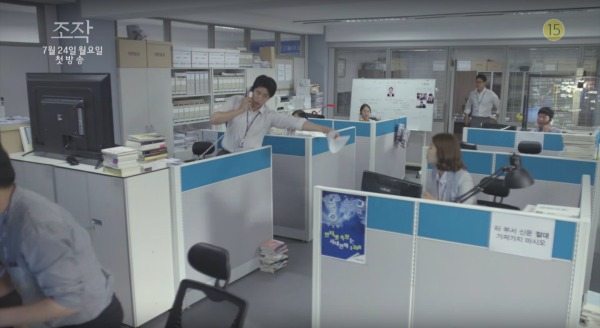 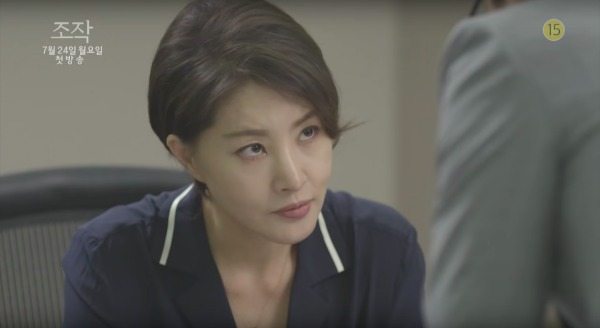 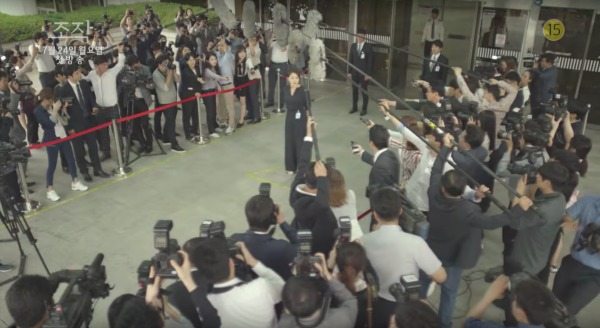 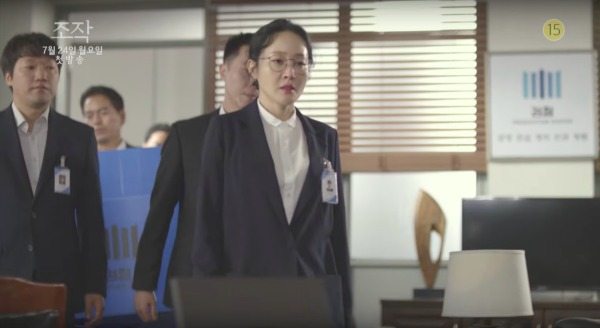 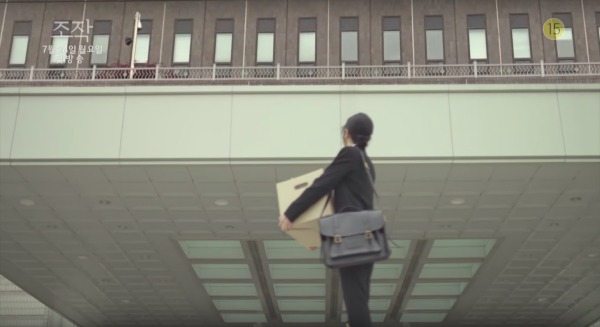 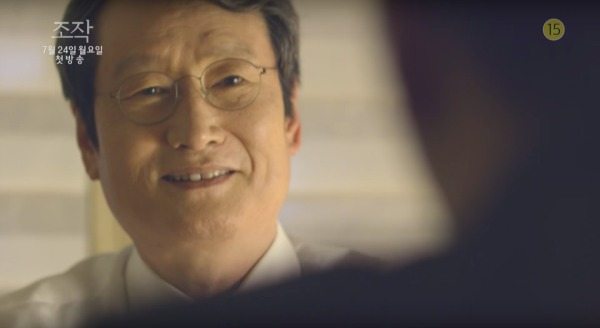 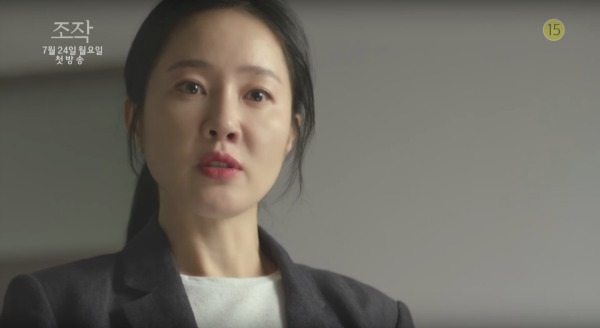 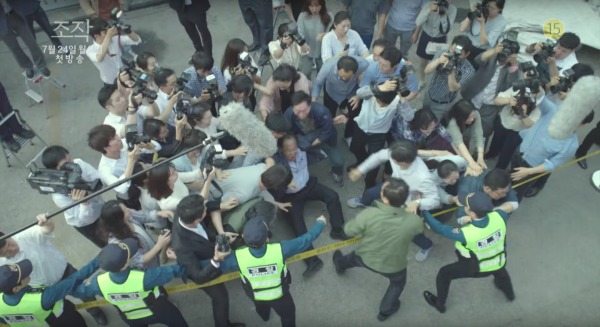 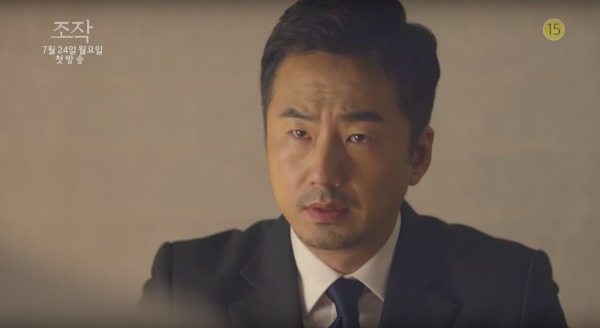 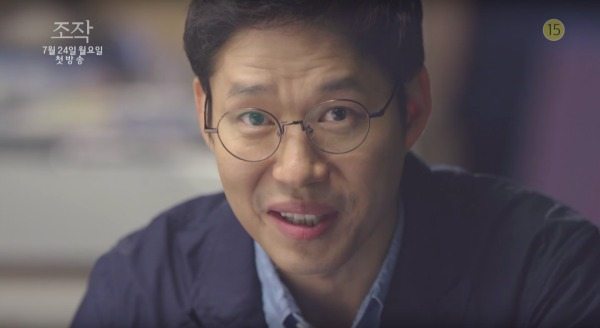 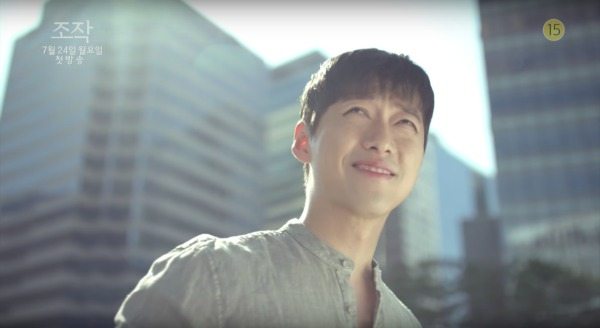 I tried not to blink. This looks good! Solid cast. Glad to see Prosecutor from Man to Man up and running again. :)

I see Namgong Min and such an amazing cast and i must watch!!!

So I was FIRED up for this show before. But now that Forest of Secrets is going on, my hype has cooled down a bit. The similarities in theme are too similar, and the execution in FoS is So good that anything that reminds me of it can only pale in comparison.

Of course, I could be wrong. I sure hope I'm wrong because if we get another show (or 2) at FoS's calibre I will die happy.

Same for me! I'm not usually into shows about corruption and so one but I was going to make an exception for Namgong Min (I LOVEEED Chief Kim). Now that I've fallen for FOS and that it is this good, I don't know what to do with this upcoming drama. I don't want to compare because nothing can compare to FOS but I can't help. *Sigh*

Agreed. Idk if I can watch dramas about corruption 4 days a week

THIS IS GONNA BE GOOD!!

So many brilliant actors! Looking forward to this one!

The trailer makes me feel like Chief Kim, Man to Man, and Pied Piper got together for a night out at a pojangmacha and decided to join forces to solve all the problems in their respective worlds. ??

Yay, I've been waiting for the Falsify teaser! I'm so excited to watch this.

Great cast + underdog righting the world premise, will be checking this for sure. Watching the last scene of Namgoong Min's tho, am hoping will get a more upbeat/less grim vibe from the show.

And who was saying the female role doesn't seem that interesting and that's why ppl were declining??? they only offered it to busy actresses.
I'm already loving the strong badass Kwan Sora in this teaser ..
Also I felt like I saw all NGM's old characters in the teaser ! So excited to see how it turns out. Yoo Jun Sang's character looks interesting too.
So far the teaser looks promising , the cast is strong and hope the story follows too !

I'm excited for this drama ❤ For all fairness, I won't compare this drama with FOS by any way. FOS is at different level already and if we want to compare Falsify with FOS, it will be fairer to include Defendant & Whisper as well.

I just hope the storyline is good, because the team is solid, just like FOS and also upcoming Criminal Minds. In short, I have no worry on the acting dept, so my only worry is the writing. Pls be good drama!

This looks pretty good. Kind of mysterious with a dash of intensity thrown in.

Yay! Namgoong Min is back! I'm so hyped for this show and going by that teaser the acting is going to be solid the only thing left to worry about is the writing. *pleasebegoodpleasebegood*