Hwayugi brings on the mystical mystery in new stills 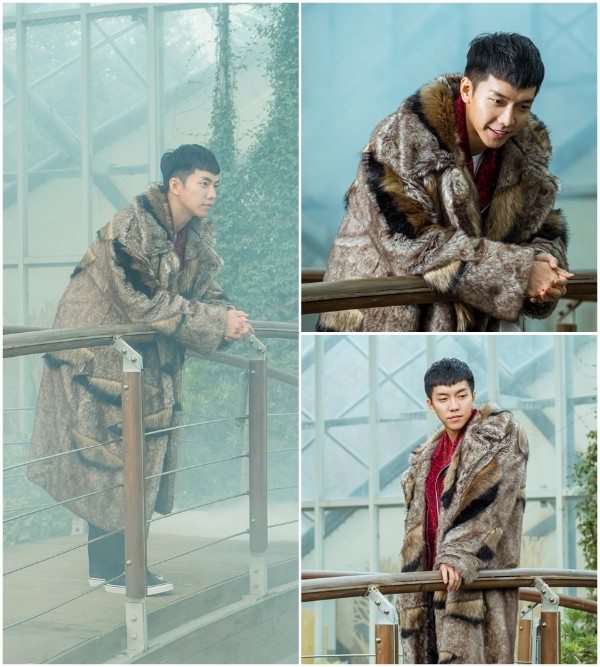 I’m ready for this modern mythical fantasy drama to be my early Christmas present! Hwayugi has released shots where we can get our first glimpse of some of the cast of the new Hong sisters’ drama, starring Lee Seung-gi (You’re All Surrounded). He plays the monkey god, Sun Wukong, originally based on the character in the Chinese classic novel Journey to the West.

His counterpart, the Bull Demon King, will be played by Cha Seung-won (Hwajeong), who will be a gentle but vain entertainment company CEO in this retelling. And the monk from the source material has been reinvented as a female real-estate mogul who can see spirits and resells houses known for their negative energy, and she’ll be played by Oh Yeon-seo (My Sassy Girl). 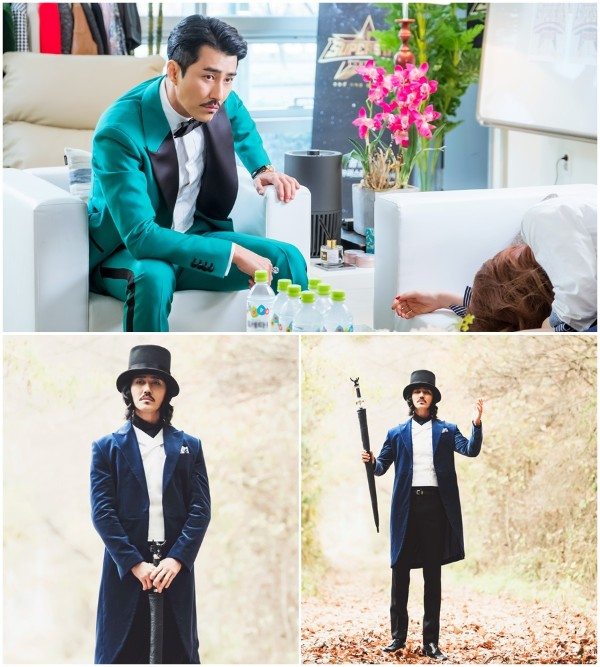 His in-drama talent agency Lucifer manages top stars like PK, the nation’s top celeb, played by Lee Hong-ki (Modern Farmer), who is based on the Pig God from the novel. Then there’s Yoon Bo-ra (Doctor Stranger) who plays sexy star Alice, originally the son of the Dragon King who foolishly handed over a treasure of the Dragon Palace to a female thief. When he was caught, he was expelled from the Dragon Palace and on the edge of despair, but the Bull Demon King found him and gave him a second chance to live in a woman’s body.

Cha Seung-won is aided by Lee El (Black), who plays his faithful personal secretary and right-hand woman. *fervently prays* Dramagods, please make this loveline happen. But to be honest, the best stills are of Lee Se-young (The Best Hit) who looks downright creepy but beautiful at the same time. She plays a zombie girl who was murdered secretly and buried in a godforsaken hill somewhere, but somehow through the power of Oh Yeon-seo’s blood, she arises from the dead and begins to search for her savior-creator.

I’m not quite sure how zombies will fit into this modern retelling, but I like the sound of her character. Because her brain is rotted, she doesn’t know who she is or how she died, but like the typical schoolgirl, she’s very concerned with maintaining her appearance especially as things start to decay off her body. Lols, she’s described as a quirky and cute type of zombie. 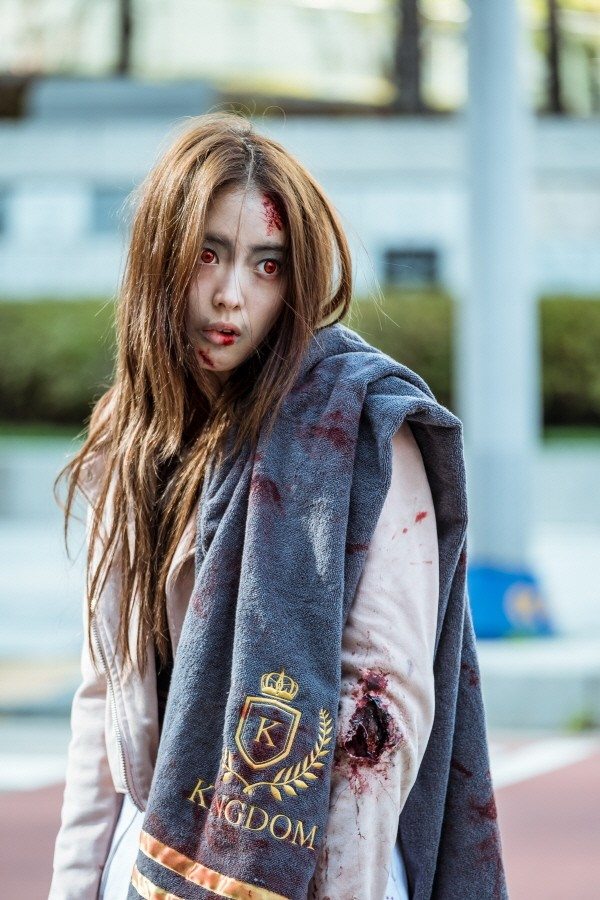 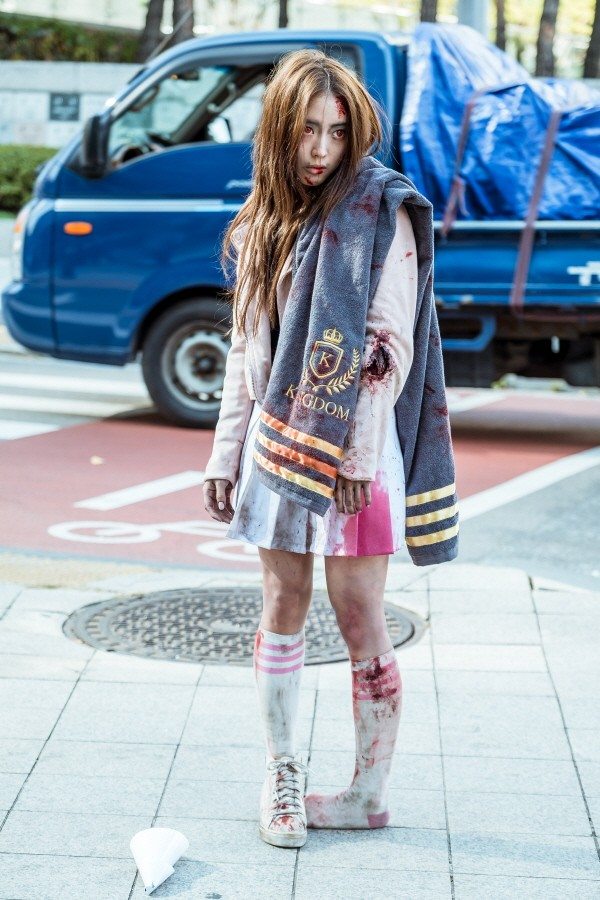 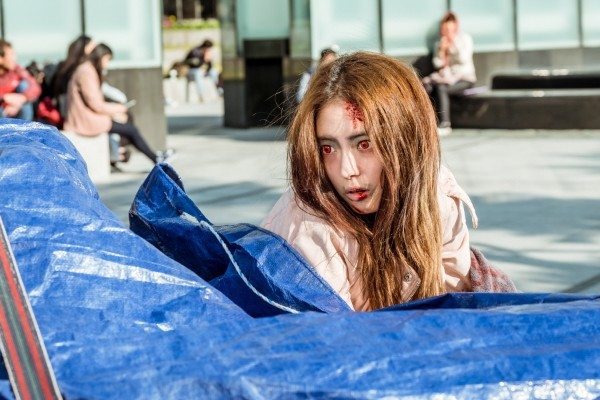 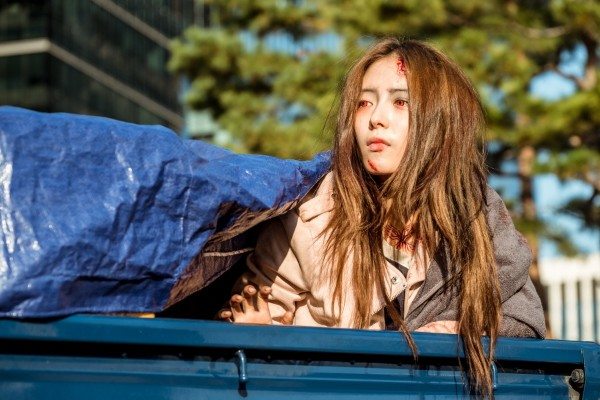 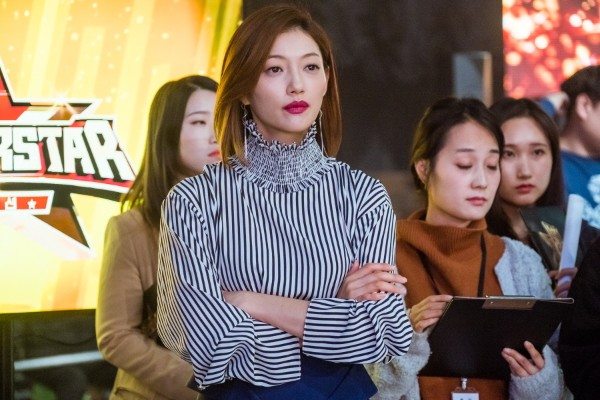 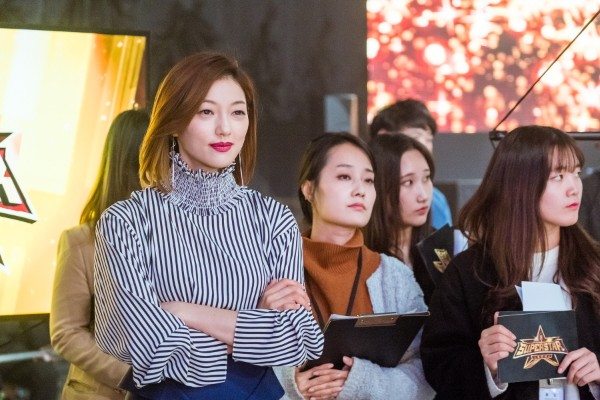 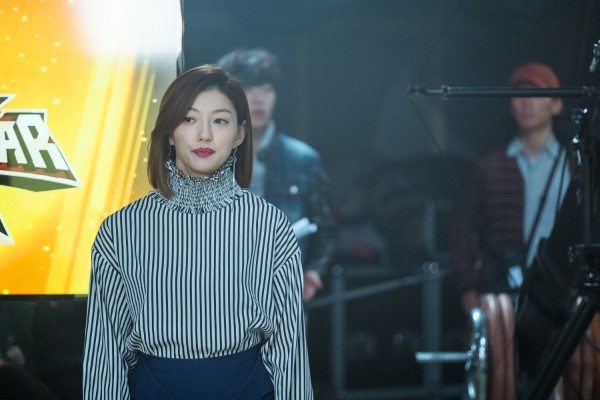 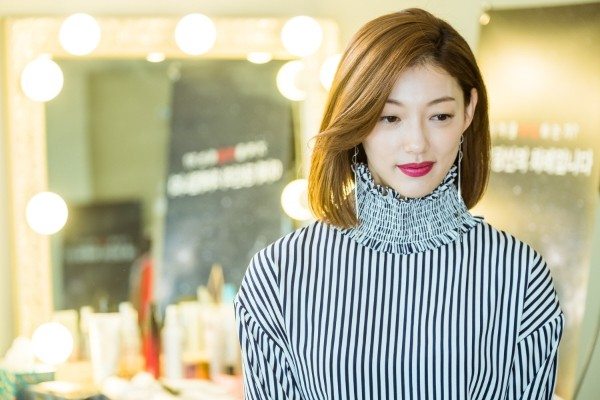 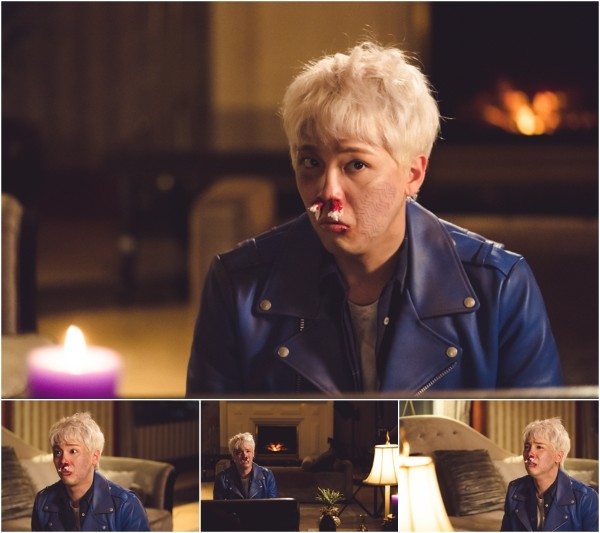 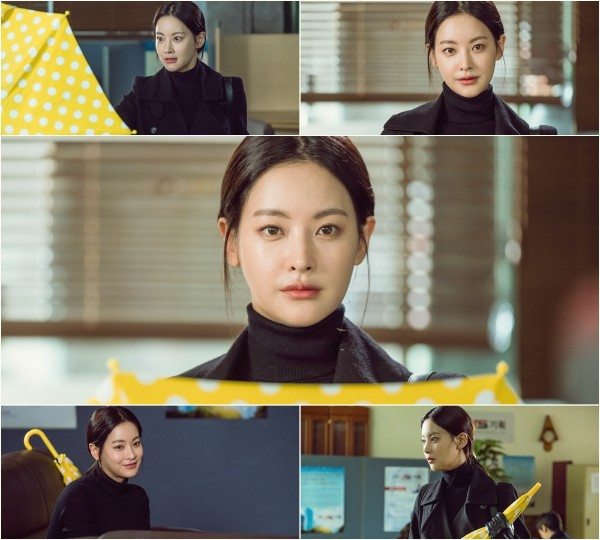 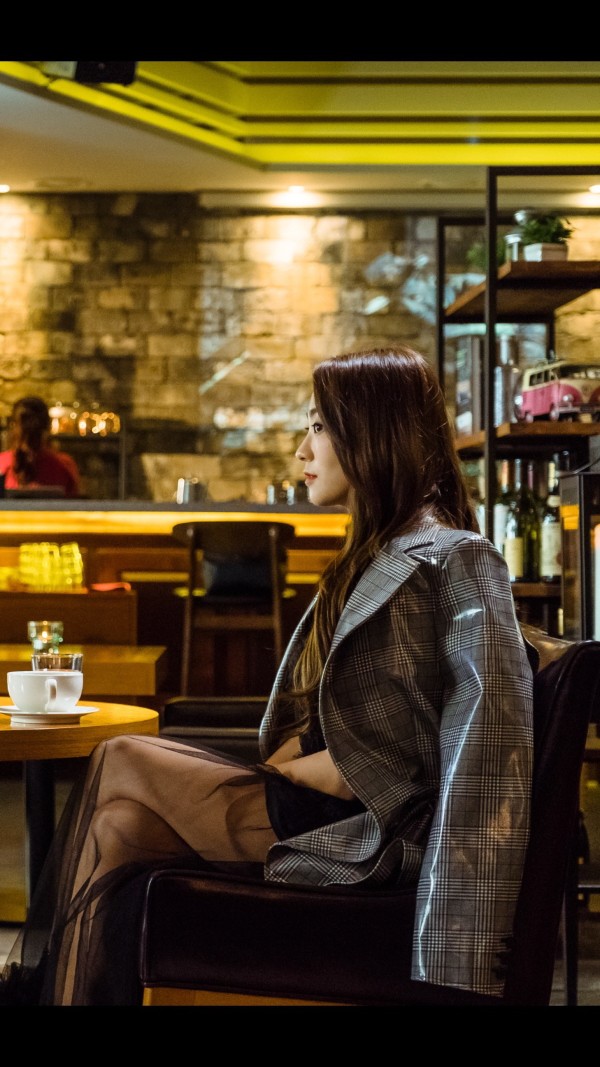 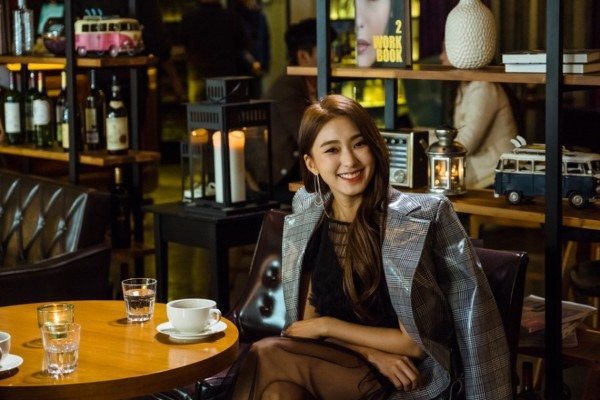 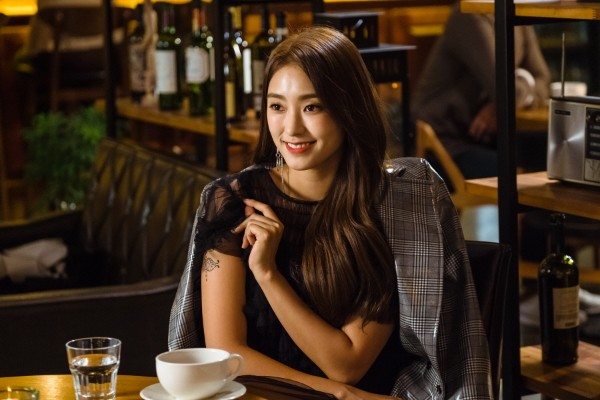 This drama looks interesting from the wacky stills of the leads.

I think it's now an understatement to say my hopes are really high! This looks so good. Cha Seung-won looks good in anything! Hat and tails included. The 23rd can't come fast enough!! The sad part is I know I won't be able to watch it right away because of Christmas festivities. The wait will kill me!! 😂

They all look fabulous

Struggle between good and evil with the anthropomorphic animal characters, a dead girl brought back to life by someone else’s blood, with rich colors in costume and set design all remind me of HBO’s modern gothic vampire drama True Blood.

I cannot wait to see what kind of filter a vain zombie high school girl would use when taking selfies!

kittens. she would use kittens.

I love your username!

No matter how much I try to contain my excitement ... I fail miserably. Only 2 weeks left. I hope this delivers. Please br a good drama, please live up to our expectations!!

Zombie Girl is killing that look!!!

The drama was sold exclusively to Netflix. Congratz guys.
I am not sold enough to watch it when it airs, so we'll see when it's over and all the subs are released 😂😂😂

I'm so glad viki also licensed this drama, i can watch this during christmas!

I am just hoping it's not real fur.... Lee Seung Gi's jacket i mean... 😰😰😰 #praytoGoditsfauxfur

No' It's not. It's faux fur, (pun intended), made specially for his role.

ditto I was like if it is real then so gross. hope they state that clearly at the press conf tho since otherwise it will create a misunderstanding

These stills are really upping my expectations. So much for staying cool and tempering them. I love Cha Seung-Won's outfits! And Lee Seung-Gi in that coat! And Lee El! And zombies! Zombies usually improve things.

Bwahahahhah 😂 allow me to follow your example. Subway sandwich tray, meet the alter of the dramagods. Playing this be good! 🙏

This show's wardrobe budget is giving me liiiiiife. I just want all of their clothes 😂😂

I like Lee Se-young in The Best Hit! and, guess what? I think fall in love at the first sight with her this-zombie-thingy lol

I love Lee Se Young l, she was so good as Woo Seung 😃

But I have to say that I scrolled down past her pictures as zombie quickly, it's too scary to see it for a long time. When she's wandering like that on the street, can people see her? She won't be dressed like that in the entire series, will she?

The synopsis in this article really makes this drama sound interesting. I am really looking forward to how they bring this story to screen.

But since it sounds absolutely nothing like Journey to the West, the best I can think is that it is a tale inspired by rather than having any relationship to the characters in JttW.

It will most likely be bad. The Hong sisters have a bad track record and Lee Seung gi is also not a great actor to be a main lead. He should continue singing only as he is semi decent in it

How about the director and the other cast members? We are learning so much from your comments!

Just b'cos you have a fan you are interested in does not make your view right...LSG has maintained his name in all genres and am pretty sure you are good at nothing , that's why all the enmity... Hence,your view changes nothing

you seem to excell yourself. In being Anonymous. TBH tho, you should find something that makes you YOU among the other 10 million Anonymous. If this was Produce 101 you wouldnt exactly make it to group A rn

What an idiot. Lee seung gi bad actor!!?? Wtf.. 12 years of being a k-drama fan and a dramabeans follower.. Seung gi is on my top 3 lists of singers turned actors who can act.. the F ur smoking, I may not be his biggest fan, but u can't deny his acting skills on THE KING 2 HEARTS AND you're all surrounded.

I actually do agree with your comment. Hahaha. Not because LsG is bad actor though... but more because im quite bored with the remakes abt the same old story of ‘Journey to the West’, with the Monkey God, Bull king, etc. I simply cant bring myself to watch another remake.. hong sisters seems to have depleted their creative juices to be doing remakes now... hmm...

The hype is so high now, I hope I won't get disappointed.

Is it weird that I am loving the Zombie girl? LOL.

Lee Se-young as a zombie! YES! I was sad because she is just a supporting role here, but her role sounds awesome and she is acting with a great team of casts, so not so much complaints here.

So will Zombie Girl have a loveline with the nation's top celeb (Lee Hong-ki)? That'll be funny 😁

And yes, Lee El and Cha Seung-won should be the OTP. I think some news outlets are reporting that Lee Seung-gi and Cha Seung-won would be vying for the affections of Oh Yeon-seo's character. I only want bromance between LSG and CSW!

...wow I was won over by the first shots of Lee Seung-gi in that coat. I heard they were doing the retelling but reading all the new details I'm so excited. I'm already interesting in all the characters and ready to see how the actors play off each other. C'mon Hong Sisters end this year and start the next with a hit. I'm rooting for everyone.

I wonder if they'll include Monkey King's magical headband or something more fashionable for her to control him. Somehow I'm getting Inuyasha's flashbacks. I think that would be pretty cute.

Lee El, oh Lee El. Ever since I first saw her in Liar's Game, I've been praying for her to get loved up in a drama(pls pls pls). Her getting paired with Cha Seung Won would be....*sigh* too good to be true!