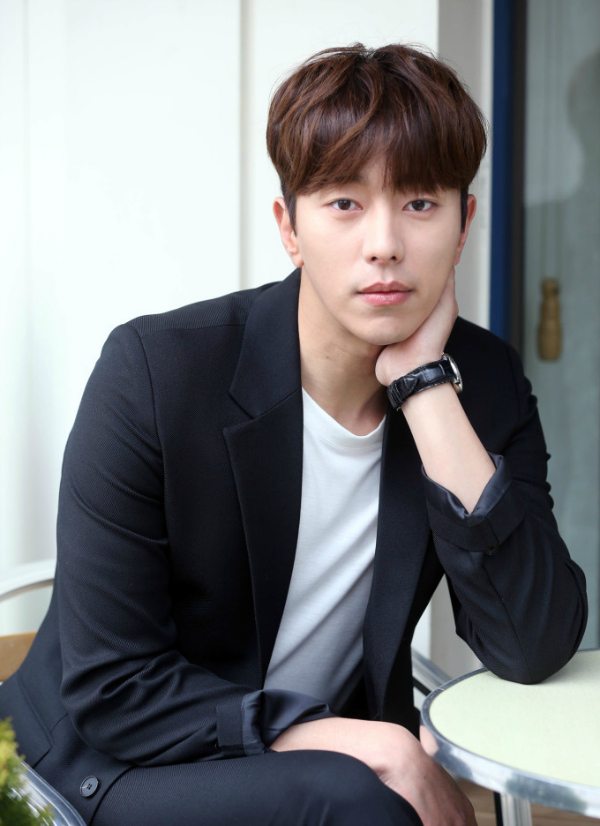 I’m such a fan of reincarnation love stories, so I’m really happy that they’re becoming more popular in dramaland in these days. Gyeryong Fairy Tale is a new drama in the works that puts a spin on the classic folktale of the fairy and the woodcutter, about a 699-year-old fairy who’s lived through a couple of dynasties while waiting for her reincarnated husband. Kang So-ra (Revolutionary Love) is currently being courted to headline as the fairy, and Yoon Hyun-min (Witch’s Court) has been offered the role of her husband.

The drama is an adaptation of a webtoon by the same name, about a fairy from Gyeryong mountain who has lived from Goryeo to the present day while waiting to reunite with her husband. She’s 699 years old and appears like a grandmother to most, but special people can see her true form, as a beautiful young woman. She runs a strange little coffee shop tucked away in the mountains that serves hand-ground coffee (think Three Meals a Day mortar-and-pestle-style) named funny things like “Tears of the Deer,” “No You Can’t, Princess,” and “Black Water.” She talks to animals and plants, and some of the animals around her seem to be people reincarnated in different form.

I’m not sure how much Yoon Hyun-min’s role in the drama will differ from the source material, but in the original webtoon, his character is a biology professor at a university. He suffers from very severe insomnia and is undergoing clinical trials and therapy just to find a cure, and is your general prickly, smartass, handsome young man, though probably a notch crabbier than most because he gets no sleep. He’s forbidden from drinking coffee but can’t live without it, and the hijinks begin when he breaks down and has to have coffee in the middle of nowhere, and lo and behold, there’s a coffee shop right there in the middle of nowhere.

In the first few episodes of the webtoon, he already gets a peek at the fairy’s true form and thinks she’s putting LSD in the coffee to make him see things, so I’m expecting a comedic bent to the overall story. Yoon Hyun-min fits the profile well, and I think he’d make an adorable couple with Kang So-ra, especially if they both get to play up their comedic sides.

Gyeryong Fairy Tale is currently being considered for a tvN slot later this year.

The story sounds good, I'll be glad to watch Yoon Hyun Min and Kang So Ra in it .... I dropped both Revolutionary love and Witch's court ^^' . Also missing Bread is the best in I live alone hahaha .
Thanks for the news Girlfriday :)

Where are all the news article writers of DB??

It will be interesting to see how they treat the young/old role of the lead. I hope these two take the offer, because I think they will work well together. Witch's Court was a pretty good series, but I don't think that Yoon Hyun min had a chance to shine in that one.

Hi Athena. I agree with you about Witch's Court. I was annoyed at the way YHM's character was treated by his sunbae. A romantic fantasy would not be a genre I would normally gravitate to but I will be there if it becomes available subbed.
I would love to see him with his pal Jung Kyung-ho in Life on Mars. I guess that is not meant to be. I thought he and Choi Jin-hyuk in Tunnel made a great team.

Thanks for more info on GYERYONG FAIRY TALE, GirlFriday!

I enjoyed Yoon Hyun-min's turn in DISCOVERY OF LOVE (which was re-released with subtitles on Feb. 4 on KBS World TV in the US). He'll do just fine as a coffee-addicted insomniac. LOL!

Ooh this sounds super interesting. I've always been weirded out by the fairy tale itself when my read it to me as a kid so I'm curious to see the way it'll be adapted as a drama.

This sounds interesting and funny. And such a dream pairing! Will it be the fantasy drama that finally make me fall head over heels??

Yoon Hyunmin has been asked to play a male lead in reports but it has not specified yet if his character is the reincarnation of the fairy's husband.

The most important question for me is who will play Kim Geum, who is a good friend of the biology professor and has a complicated history with the two main characters in the previous lifetime.

I like him in "Heartless City." He had good chemistry with Baek Jin-hee on and off screen :p.

Good luck to him and Kang Sora. This needs to be good for their sake.

I’ve only ever seen him as Park Seo-joon’s friend in Witch’s Romance but he was HILARIOUS there and I can totally see him owning this role.

This show sounds like it could be fun if executed well. 🤞

this is a good story, the afterlife of a deity in the human world

Yes please! I wanted to see these two last year, but I couldn't stomach the concept of Witch's Court (and had had enough of legal shows), and Revolutionary Love just lost me with its ridiculousness...

I wouldn't mind watching these two together, because I think they'd make a cute pair and the premise of the drama sounds interesting, and after I get out of this melodrama/thriller mood I'm into with the current batch of dramas, I think I'll need a good rom-com(ish) drama... bonus points for the supernatural element!

I've been a big fan of Yoon Hyun-min ever since Heartless City (His bromance with doc's son was on another level). Sadly I wasn't able to finish Witch's Court, I think the main character's backstory was too interconnected and messy to be realistic (maybe it's just me!). Anyway I hope he accepts this role

I feel like he's been working non-stop lately. Doesn't he already have a drama with tvN that still needs to air? I love him though, so I'm cool with it. I hope his character isn't the douchey husband from the folktale cause I don't know how I could root for that.

I adore them both and will hope for all the best things from this drama from them plus the PD of MNIKSS 🙏🏼🤞🏽🎯🥇🌈 Yippee!

This sounds hilarious. I hope it'll be a fun drama.

I thought so too but I searched and found out hey both rejected that drama.

She rejected??????? I've been waiting for her to come back like since FOREVER😭😭😭
Is she up for any other drama?

Looks like it's about time I came back to dramaland.

The plot sounds pretty interesting and maybe quirky. I like fantasy dramas, but the world-building/writing would need to be well-developed.

Not sure about the pairing either. I haven't seen Kang So Ra in anything yet. Would love to see Yoon Hyun Min on my screen again though. His character was likable in Witch's Court, but his acting didn't stand out compared to his role in Tunnel.

A couple I never thought of but now that I'm thinking it, I think it's gonna be good.

I think he is at best at thriller and bromance👬 instead of romance 👫 except with Baek Jin-hee LOL. For some reasons I think he will also decline this. He actually deserves to headline any thriller drama. But if he accepts this, I might at least check this drama.

Yoon Hyun Min! I fell in love with him after Witch's Court. And the story is turning out to be cuter than I thought. I can't wait!

I think Yoon Hyun Min and Kang Sora will make a cute pair!
I am up for this!
My coffee maniac professor and lovely fairy, bring it on!

I'm grinning so much, that character fits him to a tee.

Though come to think of it, he also fits the cool guy role too. He just played a lot of different roles and he somehow made all of them work. :)

That amazing post by javabeans about the Woodcutter was what made me a fan of Dramabeans and of FTIsland.

Yeay! Wasn't satisfied with the too little romantic aspect in the witch's court although the general storyline was really good. Hyun min has real potential to do rom-com and I am excited for this upcoming project. Hopefully he accepts the role.

aww sounds very cute. wow we have a string of interesting/good dramas coming up our way in 2018!