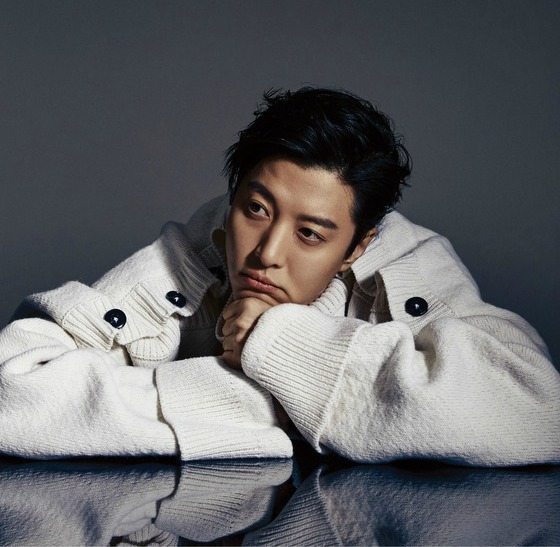 Looks like Lee Dong-gun will be returning to television soon, which is great news for me because I thought he was nothing short of amazing in his last drama, 2017’s romantic historical melo Seven Day Queen, where he gave the performance of his career as a paranoid, jealous, and deeply insecure tyrant king.

The new project is JTBC’s investigative action-thriller drama Sketch, which centers around the lives of those who fight to change futures that have been preordained. (Sounds vaguely Minority Report-ish, no?) The series previously cast Rain (Come Back, Ajusshi) in the lead role of a detective, while the role Lee Dong-gun is set to play is a sergeant in the special forces. Sounds like a secondary lead, but I hope it’ll be a prominent role since I’m eager to see Lee in another meaty role.

Sketch is being produced by a team familiar with police and action dramas: Writing is Kang Hyun-sung of Hidden Identity and Chosun Police Season 3, and directing is PD Im Tae-woo of Tomorrow With You, The Duo, Air City, and Yoo-na’s Street.

The drama has not yet been scheduled, but is in consideration for a run on JTBC sometime midyear.

Ding! the PD has nothing to do with Tomorrow With You
Anyway, feels like it will be good one
JTBC on roll!

He was so good as the baddie in Seven Day Queen that I want him to be the bad guy again. Haha

This guy - as long as you don't give him a plain and nice role, then it's good. My problem with him for so many years was I never found him any interesting in romantic, comedic roles that I found him dull, plain and just boring. I never finished SDQ but that was the first time I found him interesting. Not enough to make me as a fan, but I might at least check his other projects in the future. Probably better do some baddie role for a while.

I think he was decent but forgettable. Maybe because I already formed my opinion on him, so it's hard to not be biased.

Ditto but thumbs up to PD Im Tae-woo who made "The Duo" and "Yoo-na’s Street" memorable and writer Kang Hyun-sung who had written 2 solid dramas.
I hope they'd cast a talented actress for the lead.
Hwang Jung-eum seems to have declined it.

HJE was first offered this role? Yess, the combo of this PD + writer are the main draw. Like you, I hope they will cast good actress too.

Granted the show is very old, but I thought he was the weakest link in Ruler of Your Own World. Much like how you described him. I haven't seen much of his other shows to form an opinion though.

I remember finding him really attractive in Lovers in Paris (don't watch it!) as the rebellious young nephew. He should play a role where he gets to wear a leather jacket and swear. Anything but a suit!

Not in the leading role? Wae?!? (love Rain the performer, never warm up to him as an actor)...LDG was all kind of awesome in SDQ as the tyrannical king and it was my first time watching him in anything (yeah it was love at first sight👍) Will probably check it out when released.

5 Eries be the Light

I love hidden identity (miss Kim Bum already) and I like the vibe in Yoo-na Street. Yoo-na Street is the first long drama that not like any makjang. will keep this drama on my list

"Yoo-na's Street" was excellent and Kim Ok-bin's role was memorable. Leave it to JTBC to take an overdone genre to another level.

They were both in Sang Doo, Let's Go to School together so it's a reunion. They had a good rapport in that show. It would be interesting to see how much they've grown as actors since.

Oh! This is actually a pretty exciting reunion for me. The other role I loved of Lee Dong-gun's was his second lead character in Sang Do, Let's Go To School! For some reason, I remember I really enjoyed his relationship with Rain in that drama. Lol, I can't even remember why though, it's been so long.

Anyway, I like the writer and director so I'm looking forward to hearing more about this.

i am excited for lee dong gun to be in a drama again. i have a big soft spot for him since sang du lets go to school and he and rain together should be so good!