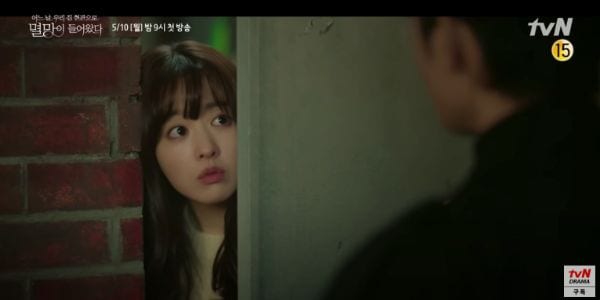 A new teaser for upcoming fantasy rom-com, Doom at Your Service (formerly known as One Day, Destruction Entered the Front Door of My House), has been released. Park Bo-young (Abyss) stars as an ordinary human who enters into a contract with a mysterious entity, Doom, played by Seo In-gook (Hundred Million Stars From the Sky).

In detail, Park Bo-young plays the role of Tak Dong-kyung, a human who decides to stake her love life in order to live. Seo In-gook’s character, Doom, is the entity responsible for everything’s destruction. They strike up a deal where love, life and existence are on the line.

At the beginning of the teaser, Park Bo-young yells into a stormy night, “Let the world destruct. I wish for doom!” And one day, something rings her doorbell. She peers out of the spyhole, but instead of seeing a person outside, she gets a landscape view of a train and then a city suddenly erupting into an atomic mushroom cloud.

She jerks her head back and rubs her eye, thinking she might be hallucinating and finally opens the door. Seo In-gook is standing there in a black trench coat. He tells her, “I played a trick on you so you would open the door faster.” Confused, she asks, “Who are you?” He flashes his trademark cheeky Seo In-gook grin and tells her, “I’m Doom,” and the teaser ends.

Directed by Kwon Young-il (My Unfamiliar Family) and written by Im Meari (Beauty Inside), tvN’s Monday-Tuesday drama Doom at Your Service will begin airing on May 10. 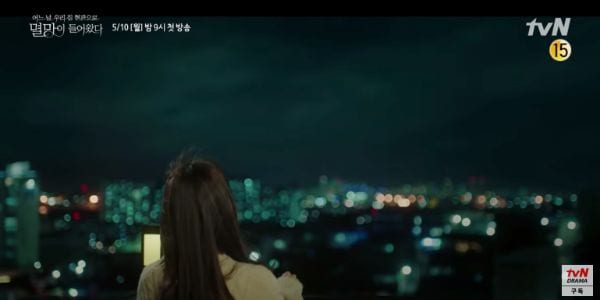 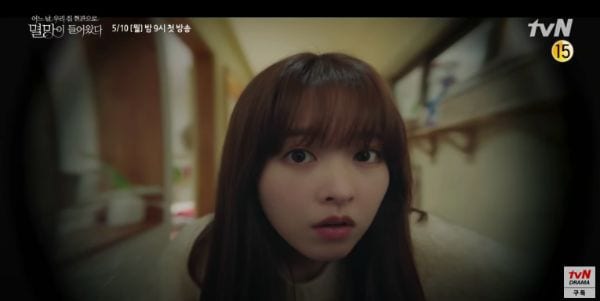 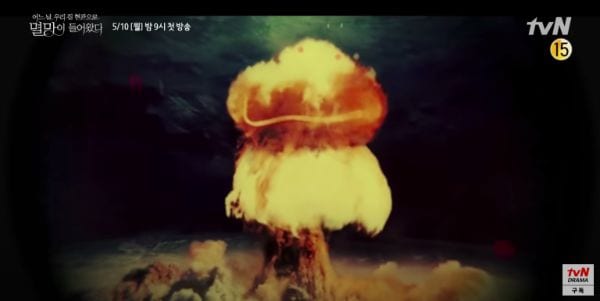 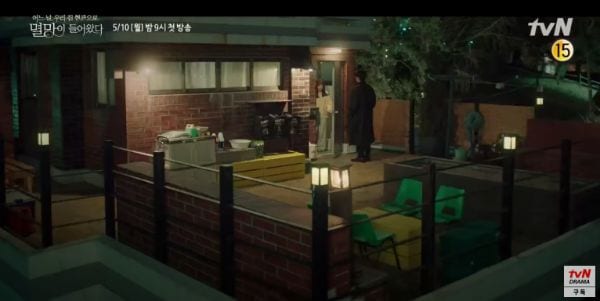 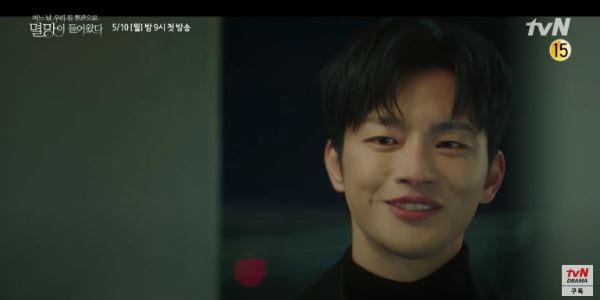 This is the cutest teaser EVER!! They are like fluff on sugar. Can't wait for 10th May!

That's why I love Dramabeans! Yes! It's so HIM!

Seo In gu is sooooo beautiful! Drop gorgeous boy!
And what can I say about Park Bo young?? She is so cute!! ,

Park Bo-young yells into a stormy night, “Let the world destruct. I wish for doom!”

Sigma? Is that you?

❤
This was such a good one.

I have a lot of hopes for this one! I had my share of disappointments since the beginning of the year.

My God, they’re so cute together! Please, please, please be good. I have faith in Seo In-guk’s drama choices and that winning streak needs to continue.

I'm super excited for this!

It was just a couple days that I was saying to myself we haven't had a spunky heroine living in a rooftop villa for awhile.

NICE!!!!! I like it! I needed something to distract myself after VINCENZO finishes and this will be PERFECT!

Omo Seo In-gook? Count me in.