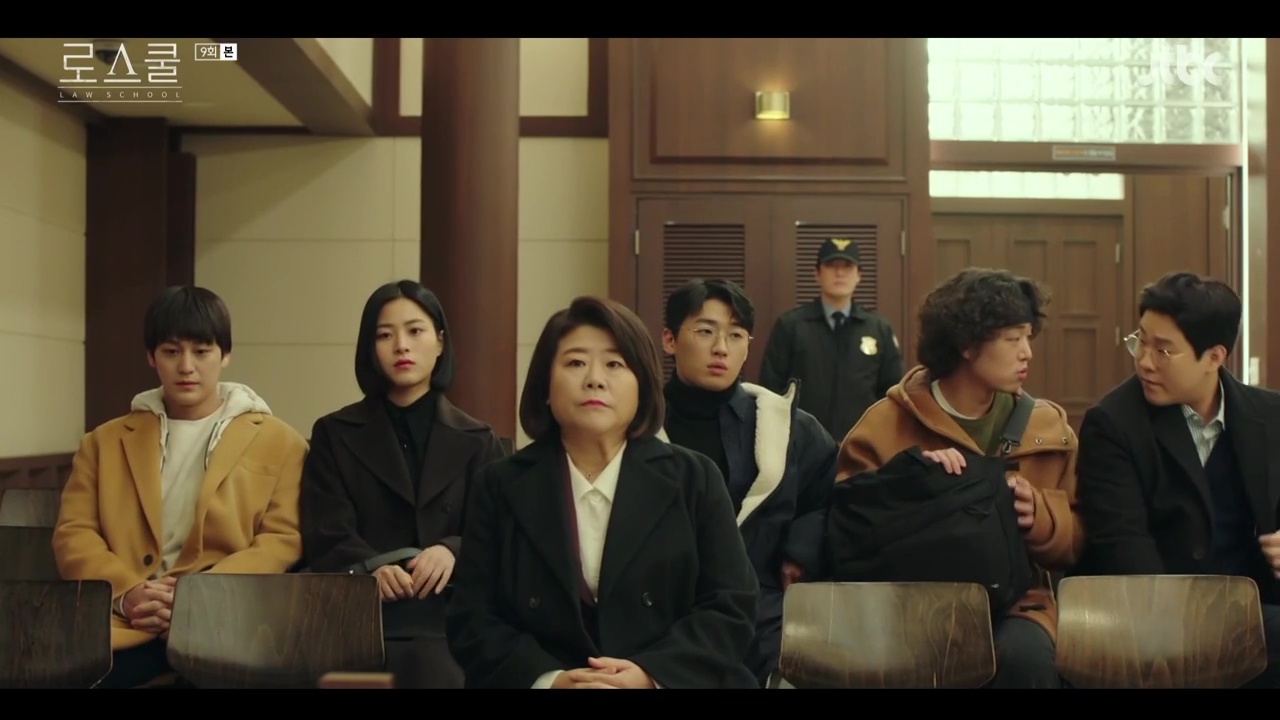 The fallout from last week isn’t good, either in the sexual-assault-turned-accident case, or the original murder case. Having the moral high ground doesn’t help when your opponent has no morals, and an alibi can only save your skin if the person who can give it is willing to step forward. 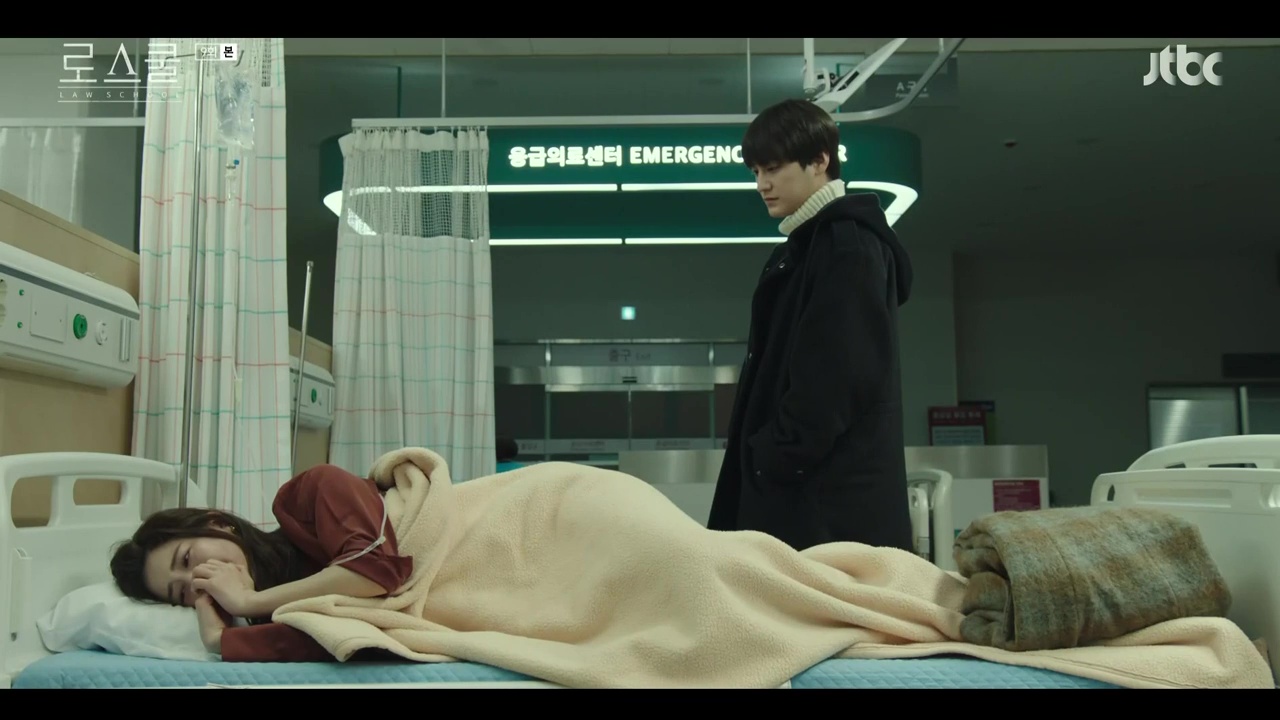 If Sol B and Ye-seul were mirrors last week, this week Seung-jae is the one who is being asked to risk his own reputation to save Jong-hoon’s, and once again, no one is as brave as poor Ye-seul. Why does this poor girl have to endure so much? Thankfully, Ye-seul didn’t get pinned with a murder charge, although the downside of that is that the worm who abused her is still alive, and still double-teaming her with his evil father.

I wanted to throw things at the screen when I saw Ye-seul apologizing on her knees, although I know it’s realistic given the extent of the trauma and gaslighting she’s been subject to. But I was just so angry on her behalf. 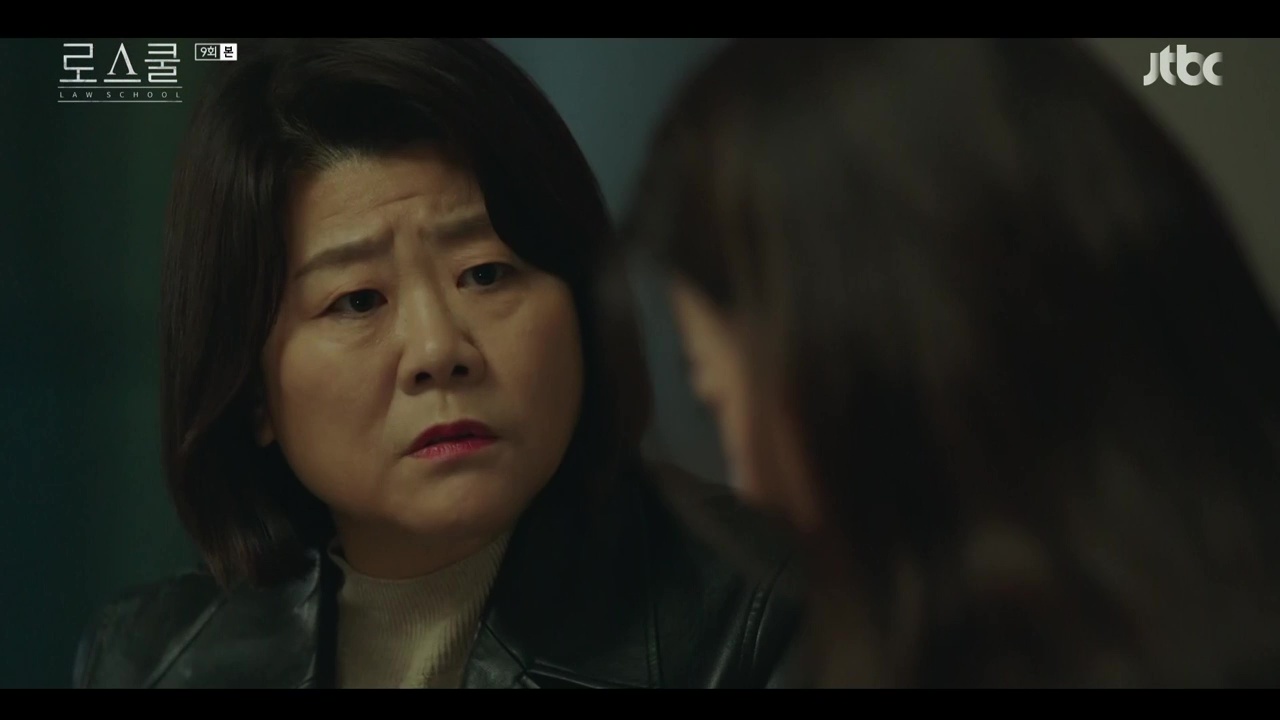 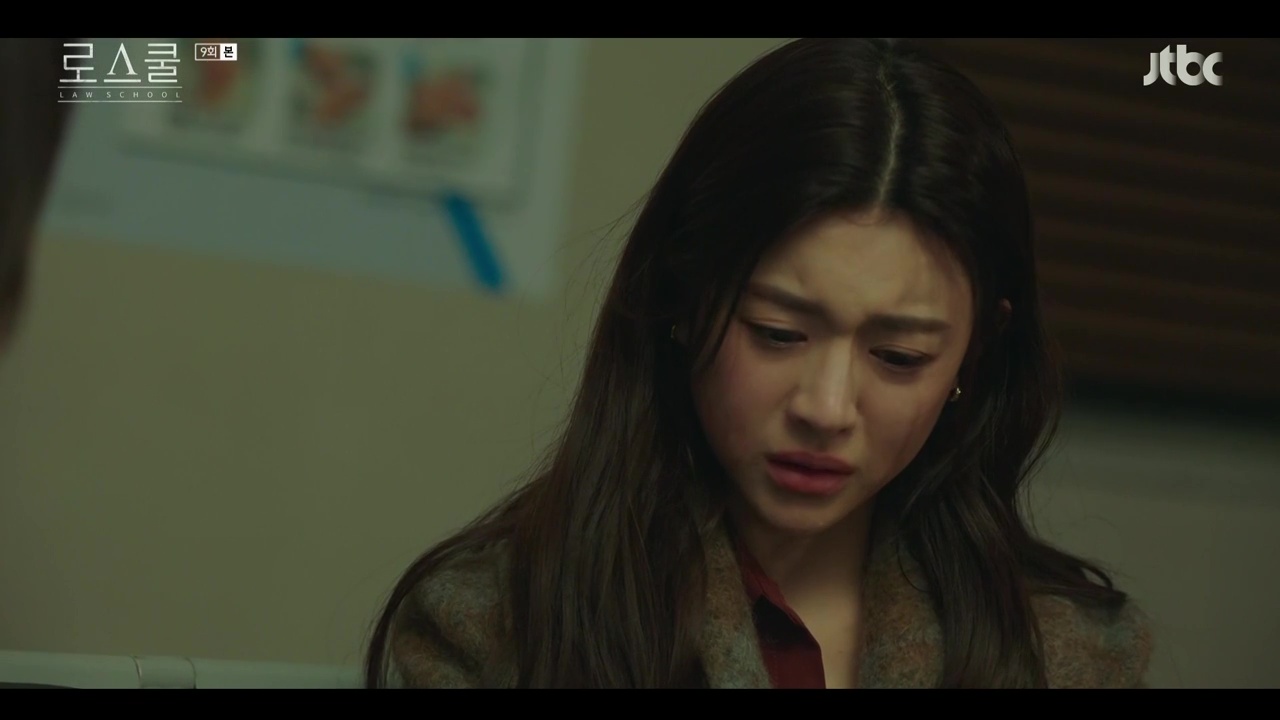 I’m very glad she has Eun-suk and the study group on her side, validating her feelings and her agency—and arguing for self-defense, yes! The reveal at the end of the episode that Jong-hoon will be defending her was 100% predictable, but I didn’t care. It was GREAT.

ASSEMBLYMAN GO (Jung Won-joong) is emerging as the Big Bad in this series, and his villainy is a little over-the-top, but he’s certainly raising my blood pressure as much as his wastrel of a son, so points for effectiveness. By now, he has it in for so many of our major characters it’s getting a but ridiculous. I count Jong-hoon, Sol A, Dan, Ye-seul, probably Joon-hwi too. There’s a rather unbelievably large web of connections between all these people—and surprisingly, I find that enjoyably silly rather than a flaw in the show. 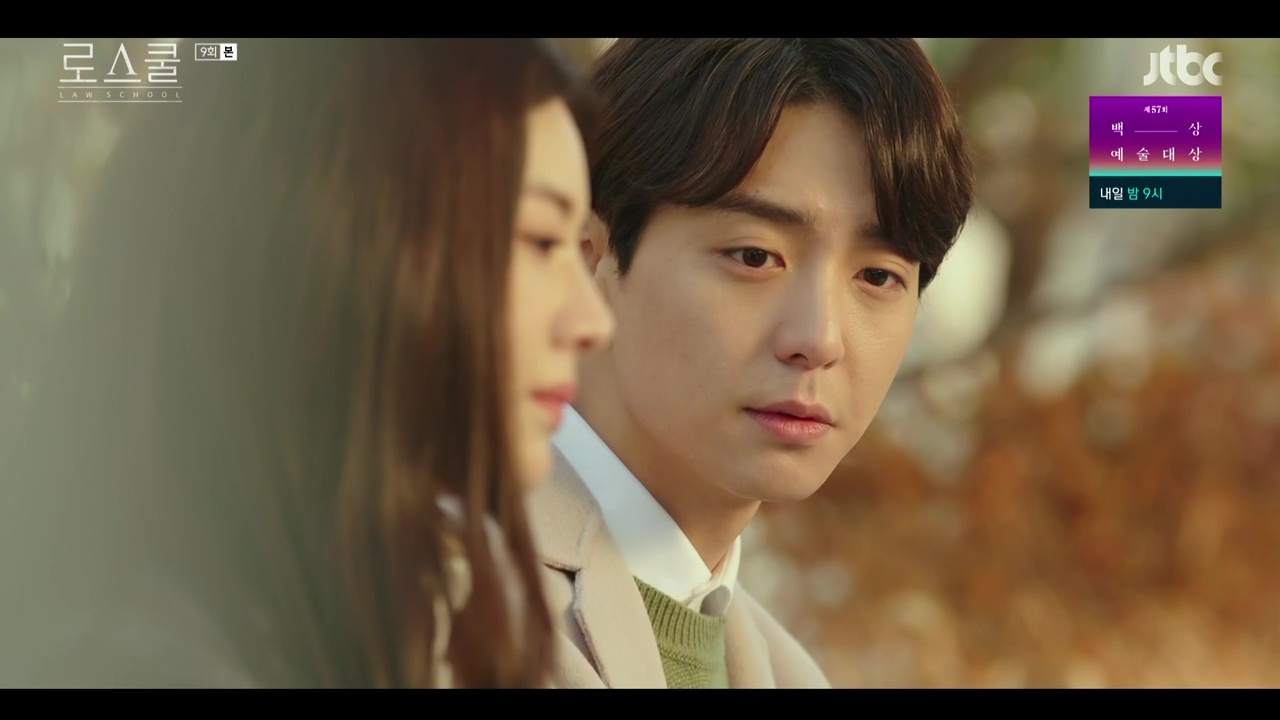 This time, it’s Seung-jae’s turn for a moral crisis, and despite Ye-seul’s belief that he’d rise to the occasion, he doesn’t end up being able to make the kind of sacrifice it would require to own up to the truth. And yet, what’s the point of him refusing to testify for the sake of his unborn child? Now that he’s been found out, he can’t really think that this won’t come out just because his professors like him.

On the contrary, his blank exam paper almost seems like a cry for help—an unspoken plea for them to expose him because he doesn’t have the courage to do it himself, knowing how it will affect his family. 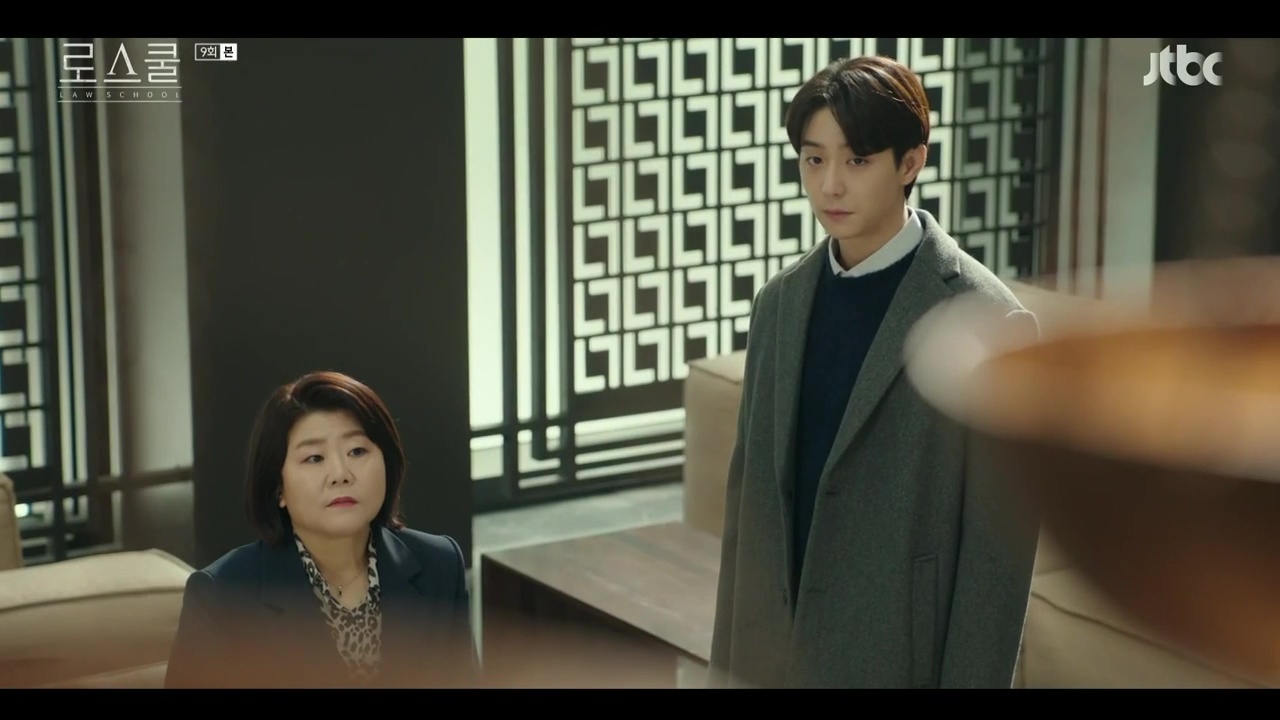 Still, they did him a kindness by giving him a chance to come clean first; Eun-suk’s speech was pretty clear that he should confess primarily for his own sake. Testifying for Jong-hoon was a chance to partially redeem himself, but he can’t escape consequences regardless. (And I imagine he’ll crack soon anyway—he’s clearly overwhelmed with guilt.)

We got only one episode this week due to a preemption for the Baeksang Art Awards, so we have the rising tension of an odd episode without the release that usually comes in an even one, making it feel a bit off balance. But I’m looking forward to seeing Jong-hoon wipe the floor with Assemblyman Go’s army of lawyers next week. That can’t be too much to hope for, given all the blows our protagonists were dealt this hour. 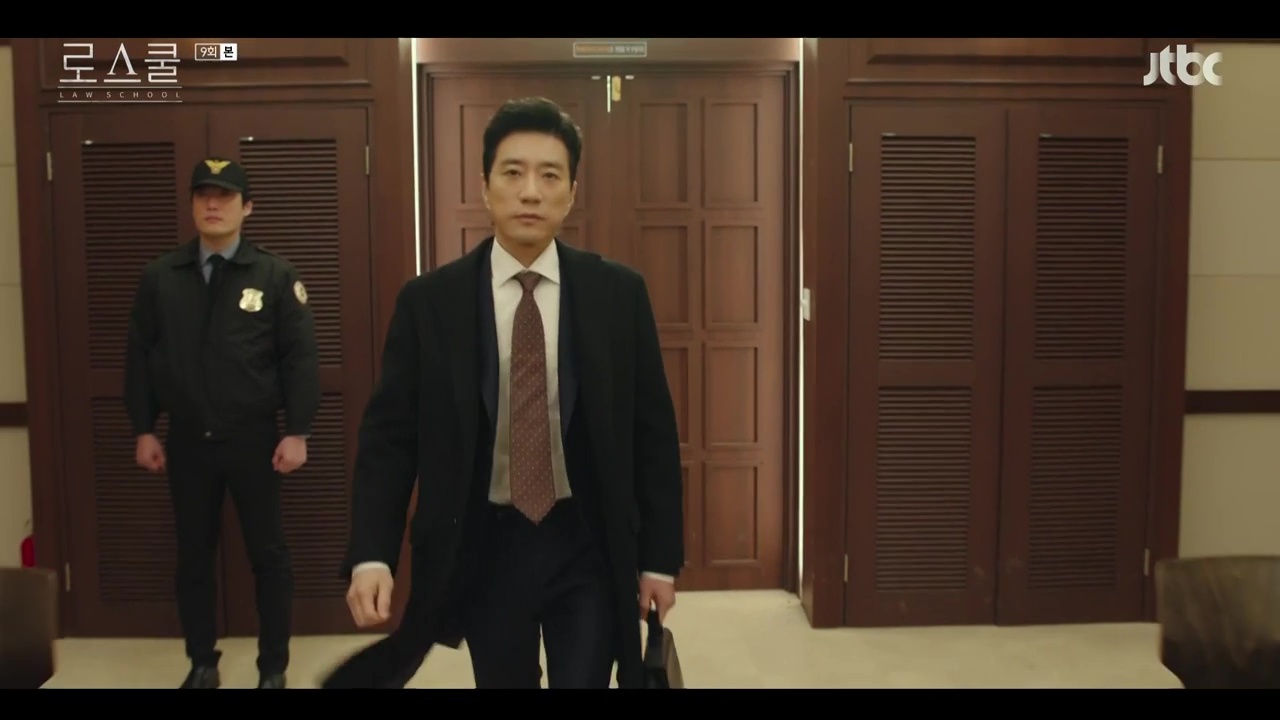 I get the feeling Go/Ko's machinations will rise to the surface in the coming trial. Such uncompromising malevolence. His overreach will be his undoing. I think the drama has pivoted interestingly from one character to the next as the details around the death have unfolded.

I swear, that Go makes my blood pressure rise every time I see him. I just want to reach through the screen and throttle the b*****d.

It's official. I love this show. This is the show I eagerly look forward to each week. The fact that we only got one episode this week broke my heart, but I'll get over it soon enough. I hope.

The students feel like actual students, which we don't always see a lot of in shows. They're stressed about tests and exams, and trying to make it in such a competitive environment. School is stressful like that. I like that we have all these kids and are given the chance to get to know them.

The school stuff is my favorite! Though I definitely enjoy Yangcrates in the courtroom too, on the witness stand or off.

He can't hold back from lecturing, even when his future is on the line 😂

In contrast to Sol A, Prof. Yang and Ye-seul, cowardliness and selfishness of Sol B and Seung-jae stands out. They would rather send an innocent man to jail, have his life ruined than admit their mistakes.
I know show will somehow redeem them but I don’t want that. They can remain cowards and selfish which would be true to reality. Not everyone can be courageous.

You know, I thought they would at least start to redeem Sol B by this point, but every chance she has to do the right thing, she just doubles down on her selfishness and lies. Which is actually pretty refreshing, and as you said, truer to life than everyone getting a redemption a la Oprah. Seung-jae definitely looks headed for one, but I get a feeling that they're going to leave Sol B as hard and self-serving as she is. At least I hope so, because for her to make a last minute left turn after everything we've seen would be hard to believe.

If I am defendant I would not want Sol B as my judge but I would definitely want her to be my lawyer. Sol B would make an excellent attorney. She should just stop her obsessive desire to be a judge.

True, especially if one was guilty - as long as one could give her what she wanted. Like a chunk of one’s soul.

All we needed was another trial to worry about. Btw, is that legally ok for prof Yang to be Yeseoul's attorney?

He probably quit voluntarily in order to defend Ye-seul. They have been highlighting in past eps that do practice again they have to quit their professorship. He was vocal about not quitting (because of his lawsuit) during discussions with the dean, but he seems to have done it thus time for his student.

This has definitely been the highlight of the year thus far! When it first started, I didn’t think much of the drama, but it has just really evolved nicely. The fact that I’m not overly concerned about who the killer is and more interested in the relationships and character growth just speaks volumes for how well this has been written and directed.

That being said. I honestly have no clue who he killer could be. I thought maybe Eun-suk but feel a little silly for thinking it.

I actually suspected her at well at first, until I found out that her baby survived. But still, that incident could very well be the reason for her being the killer. She seems like one of the least likely culprits, and thus the most likely culprit.

I honestly have no idea what to think! Everyone else with a motive has been proven a red herring, so you might be right. Though it seems very out of character, and I'd mourn for her friendship with Jong-hoon.

In terms of recent potential presidential candidates involving in a K-Dramas, Assemblyman Go will probably be the most hateful one. His shamefulness is on the next level even compare with that unrealistic Sigma in Sisyphus. I also find it interesting quite a lot of antagonists featured in K-drama are thinking he is invincible and believe he is over the laws. Joon-woo in Vincenzo is simply mad, and this Assemblyman is simply a bit more calculated, but his attitude of going all in (Going for Attempted Murder instead of an easier Assault) will probably backfired on himself, even as he said his son was "deleting" instead of "sending out" those image: that itself is a Sexual Assault charge already.

Watching this show needs a lot of brain power as well emotion control. Law maybe just some past cases as well some fancy wording on the law code, after all executing them are human, and we are not faultless. JTBC is also a channel good at dramas depicting social issues and pointing out problem in South Korean society. I simply wonder if this society is that hellish, although I did read some of those articles expressing some terrible things happening ... Some experience tells me if its citizens simply judge some of their public figures by some simple moral codes instead of think deeper and careful to make conclusion, that society is really hell.

i have a huge crush on ryu hye young lmao i am gonna go thru all her dramas (minus 88) and watch them. hopefully this stays consistent cos i wanna see ha.

That cracking sound is this show suddenly becoming un-put-downable. So I'm glad I waited until it was nearly finished before starting it. Although it wasn't deliberate, I'm glad I'm not waiting a week for new episodes. I wish it had kind of gotten to this point slightly sooner but I think the reason is that I'm much more invested in the Ye-seul case than the main case. And that has a lot to do with how ridiculous it is that every character in the cast trooped through the murder victim's office the day of the murder. It feels like the setup for a television show rather than a real case.

There’s a rather unbelievably large web of connections between all these people—and surprisingly, I find that enjoyably silly rather than a flaw in the show.

I don't know if this is a conclusion I came to after this episode, since I never let a pre-empted episode exist alone. But I'm starting to get the feeling that one of the show's themes is that the legal world is a small one and that everyone will intersect all the time. This is an elite school and that means something when this small number of elite students are going to take the small number of elite jobs. So for them the legal fraternity is very small and it intersects with the media and politics.