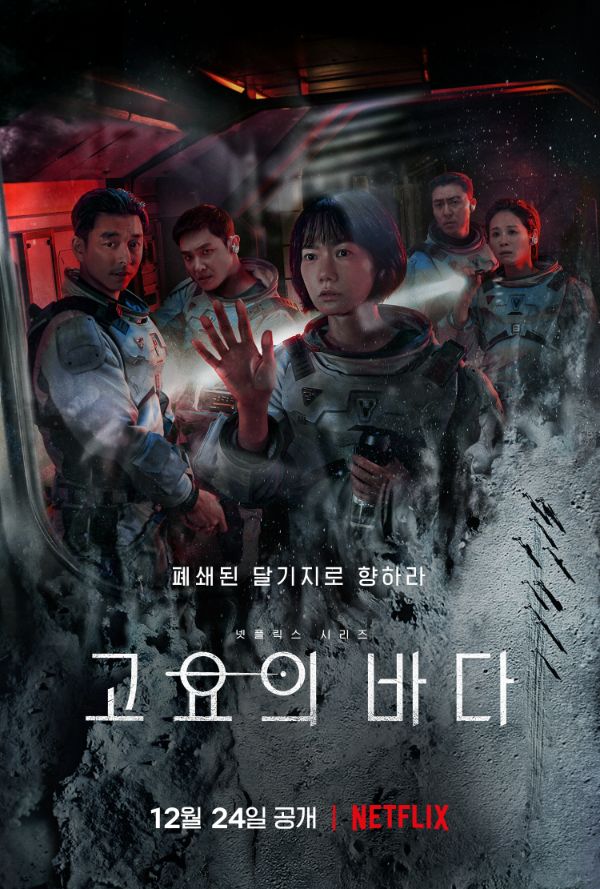 Netflix drama The Silent Sea (previously known as Sea of Tranquility), featuring Gong Yoo (Squid Game) and Bae Doo-na (Kingdom 2, Forest of Secrets 2), has released a poster, new stills, and a promo teaser. The drama is set in the dystopian future year of 2075 when earth has exhausted its natural resource supply, and an elite team is dispatched to the moon. The caption on the poster reads: “Go to the abandoned lunar base.”

The teaser begins with Bae Doo-na on the ground, while alarms flash red in the background. It looks like circuitry on the spaceship has shorted due to a crash, and they’re all alone on the moon. In a voiceover, it’s announced that they’re heading to the Balhae Research Station. Gong Yoo says that it’s like any other mission, and that they just need to follow orders. The scene then cuts to exploration of the dark, abandoned research station.

In voiceover, Bae Doo-na’s says: “The chance that we’ll all survive this is only 10%.” Gong Yoo asks whether she thinks she’ll find anything inside, and Bae Doo-na replies that she hopes to find the answer. Action shots paired with dramatic music suggest urgency, and Bae Doo-na closes out the teaser asking, “What in the world happened here?”

Sci-fi drama The Silent Sea will be released on Netflix on December 24. 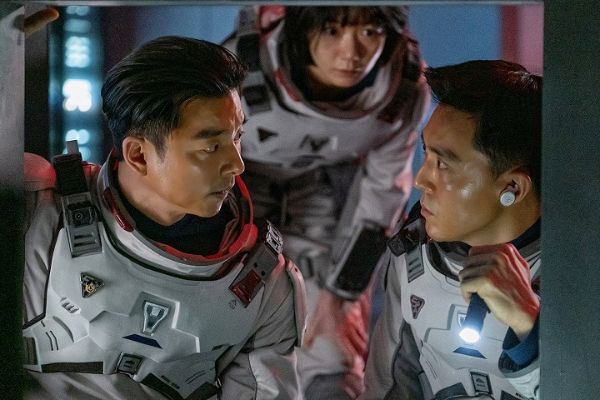 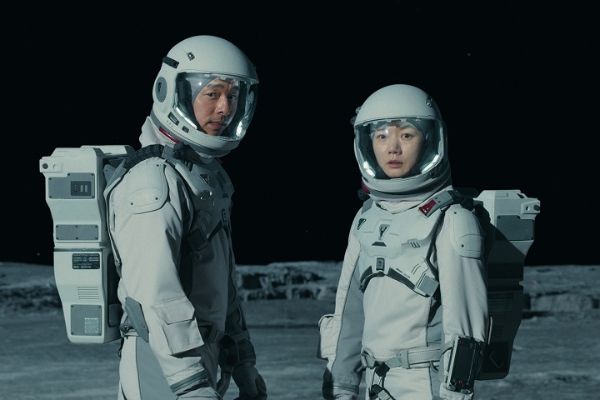 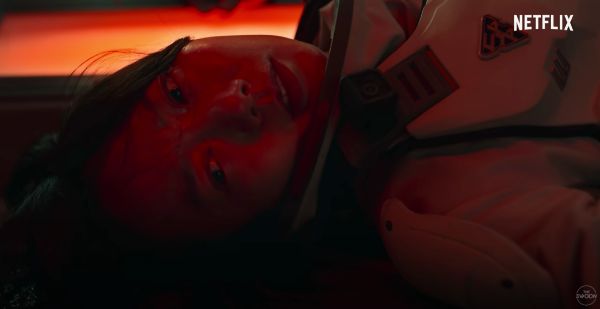 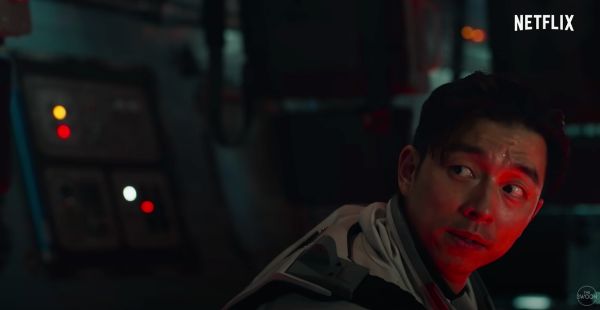 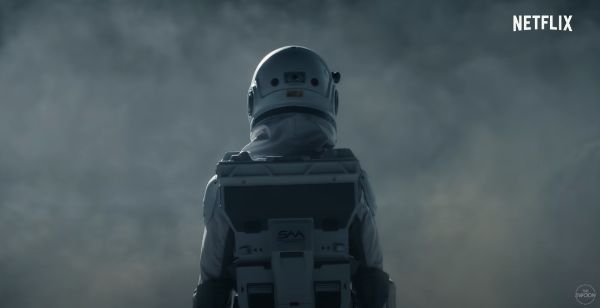 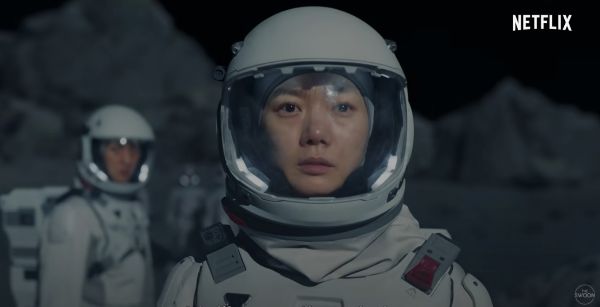 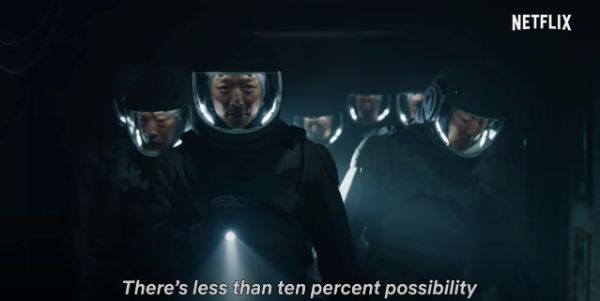 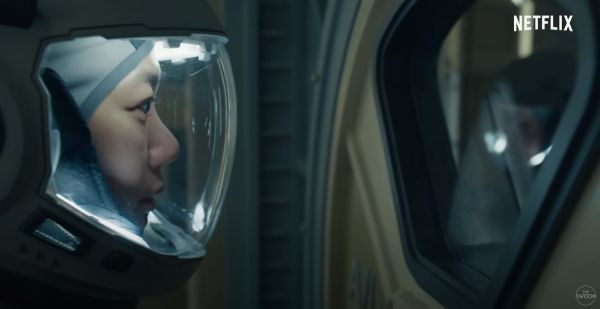 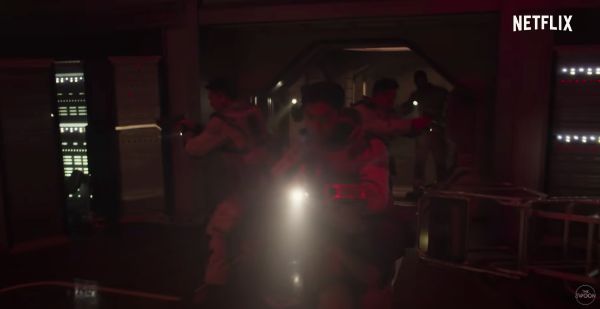 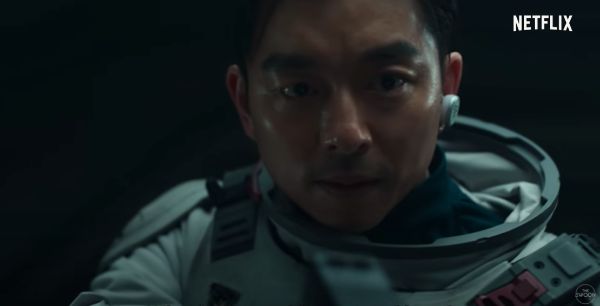 Also, I am disappointed that more than 50 years in the future, Korea's space program is still using Michelin Man type enviro-suits...does not speak well to techno advancements.

Skin tights space suits like those being designed in the US would have been more appropriate, and interesting.

Your last sentence LMAO!! With kdramas and their weird mix of genres lets just say this is sci fi fantasy *cough memories of the alhambra cough*

50 years from now the earth's coastal cities will have started the process of slowly disappearing under the ocean's surface. I don't think we have to worry about anybody having moon bases

this had me at Gong YOOOOOOOOOOO!!! okay, Bae Doona also.
; )

I'm am SO STOKED for this! The teaser shots and trailer look amazing.

Bae Doona? I'm in. Gong Yoo is just cherry atop the sundae.

I'm trying not to be excited because that way lies pain and madness. But I am.

Get excited! This is Netflix's Christmas present to us all!

How much money did they spend on this production? Because that set looks EXPENSIVE.

Oh yeah, see, that kind of energy is just asking for early 2022 disappointment.

Okay I was joking but apparently space tastes like raspberry cocktails...

I think this show's drink is a raspberry and mint mojito

I had no idea…

I’m on the same train/rocket/…

*Offers gold lighters to the dramagods*

And a jar of Tang…

@leetennant - and the cocktail, as well rimmed with Tang?

Sure, why not.
I don't know what Tang is but I'm sure it would go down a treat with our raspberry mojito.

@leetennant Tang is an orange powder you add to water to make a very tangy and sugary orangeish tasting drink.

A Tang mojito with fresh raspberries in it would definitely taste like space.

Tang had an association with the early US space program.

Gong Yoo and Bae Doo-na in the same drama \o/ I won't care about the plot or anything else! They're enough for me :p

They had me at Gong Yoo and Bae Doo-na. I would be insane to not get excited at that.

This has been on my Netflix coming soon page and I’m so glad the teaser is finally out! I’m on call this year…good thing cuz that means I can stay home and spend it with Gong Yoo! 🥰

well, with the advent of the omicron variant, i guess i have nothing better to do, yet again... down the rabbithole i go!

just checked instagram... WHICH ONE is his official one?

He just opened this account 2 days ago and his follower count now is at 1.8M. (Including me)

Yes! And o followed an account prior that I thought was him! But now I’m going to have to get a new ig account as someone wants to buy mine.

people BUY other people's instagram accounts?? why? do they want your followers? or do they want who you follow??? what??????

Lots of reasons. For me, they just want my user name for a start up business.

I have to admit, the lit-from-within helmets made me giggle because they’re like every nighttime car scene in kdrama where the interior lights are on. We know it’s only so we can see the actors but it still tickles me, as if anyone drives around with the lights on inside their car.

Trying to imagine how they're going to work in a shower scene, PPL ...

The real question is - did Netflix pay for a 1/6 g shower scene?

Or any low g six at all?

As for ppl, whole new world of zero g and low g coffee paraphernalia, and may be new mixes, special energy drinks, etc…I mean, Someone managed to sell zero g pens, and Tang…

i still can't find GUAVA TANG!!!! do they make it anymore? my mom used to buy it in honolulu way back in the late 80s... it was only available in hawaii?

guava pineapple tang? hmmm, might have to search for it.....
: D

Netflix doesn't do PPL. It's rich enough not to.

That takes some of the fun out of it.

I’m sure they will sit down and have coffee at a certain point.

Maybe they'll bring a make up stick to brighten up their faces too.

No but what about all the space suit PPL? Somebody must have made those. Or will we get NASA PPL? Because when has there ever been a space program drama/movie in any country that doesn't mention NASA a 100 times.

What is this PPL?

PPL = Product PLacement
Basically products or brands they use in the show to promote them. Characters eating at Subway, for example..probably not the case with this drama, though xD

Depends on how big this abandoned lunar base was? For example, you’d find contractor operated fast food joints in all sorts of out of the way military bases…if not a Subway, all sorts of packaged food PPL would be possible…a ramen scene, for example, or even better, a ramen pack with water and a heating pack all preassembled could be launched?

Yeah, I can see that happening tbh!! XD

We tested a "self heating" rice dish with the idea of using it while camping. It got hot enough to boil water and steam the pre-cooked rice. Think Maxim will be all over it, just for this drama.

I'm excited to have Bae Doona on my screen again. Although, knowing kdrama's sci fi track record, I'm going in with lowered expectations

Is Jung Woo-sung the producer of this? btw did ppl see that he has got covid, as has Go Kyung-pyo. Quick and uncomplicated recovery to all.

I pretty much had given up on this, the picture floated around Netflix forever and nothing happening.

it is pretty funny somehow to see Gong Yoo on the moon.