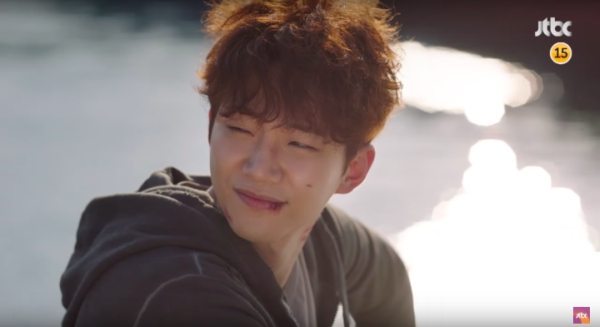 I have a feeling that Junho is going to tear my heart out in this one. He’s done a 180 from his previous drama role in Chief Kim, looking decidedly worse for wear in this first teaser for JTBC’s Just Between Lovers. There’s also a short character teaser for rookie Won Jin-ah’s character, and I love how beautifully both clips were shot. Hopefully, we’ll see more of the same in the actual show.

The main leads’ backstories in Just Between Lovers are quite tragic: Junho’s character Kang-doo was an aspiring soccer player who lost both his dreams and his family in one fell swoop when an accident kills his father and leaves him with leg injuries that require three years of rehabilitation. He ends up living in the back streets as a rough but strong youth.

Kang-doo’s teaser sees him on an industrial pier, as he asks, “The person who brought me here. Who is she, that woman?” Eugh, the way he smiles with all of those cuts on his face and neck… Stop making me tear up already!

Won Jin-ah will play Moon-soo, a modeler at an architecture firm who has her own share of trauma, but hides it behind a smiling facade. After an accident takes her younger sister’s life, Moon-soo carries the heavy burden of living in her sister’s stead, in order to atone for her survivor’s guilt. What a horrible weight to shoulder; it’s like she’s not really living. In her character teaser, Moon-soo looks out over the Busan coastline as she thinks to herself, “It’s a dream. A dream that ends the same way no matter what I do.”

Though I have no doubt this show will have its tearjerker melo moments, I’m hoping the focus will be on how these damaged people will heal each other through a sweet, contemplative love story. I haven’t seen Won Jin-ah act before (she’s had a string of bit parts in movies and is still a rookie), but she reportedly beat out over a hundred other actresses for the role and the producers have said her chemistry with Junho has surpassed their expectations, so I’m looking forward to watching them together.

The cast, on a whole, is a strong one, with Kang Hanna (Moon Lovers: Scarlet Heart Ryeo), Lee Ki-woo (Woman of Dignity), Yoon Se-ah (Forest of Secrets), Na Mun-hee (Dear My Friends), Tae In-ho (Man to Man), and Park Hee-bon (Argon) rounding out an impressive supporting lineup. It would be nice to see them in character soon, to see how they factor into our leads’ lives.

JTBC is bringing back their Monday-Tuesday drama slot, and Just Between Lovers is scheduled to premiere in that slot sometime in December. 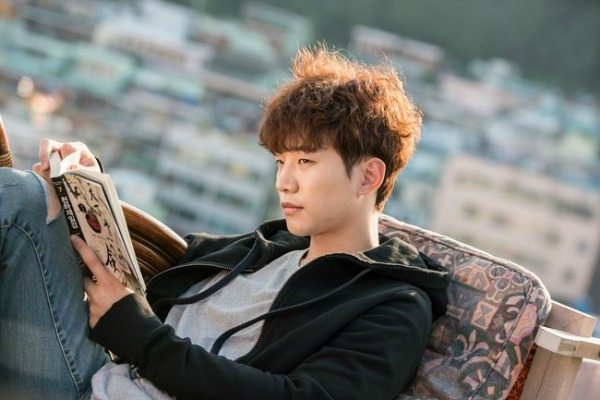 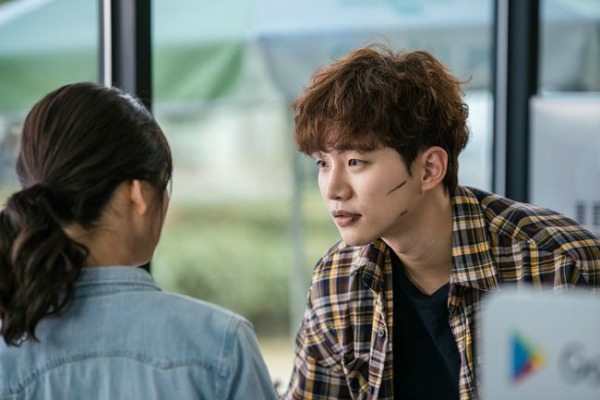 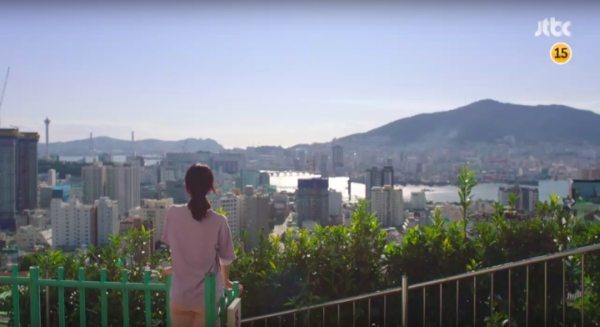 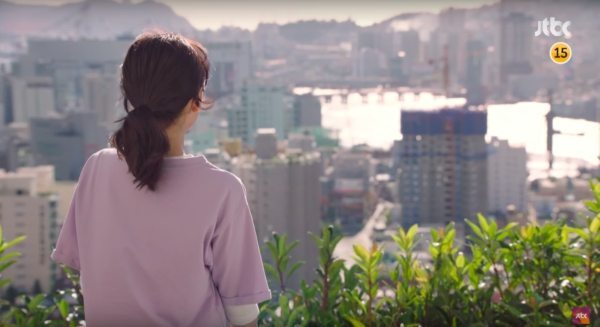 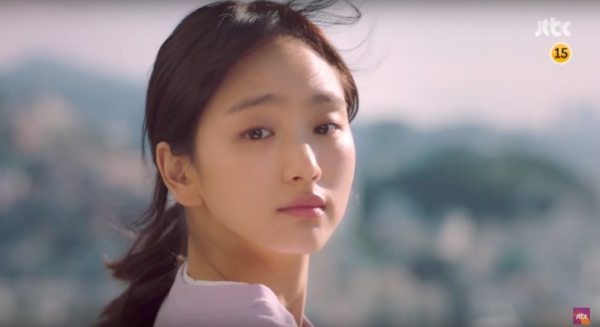 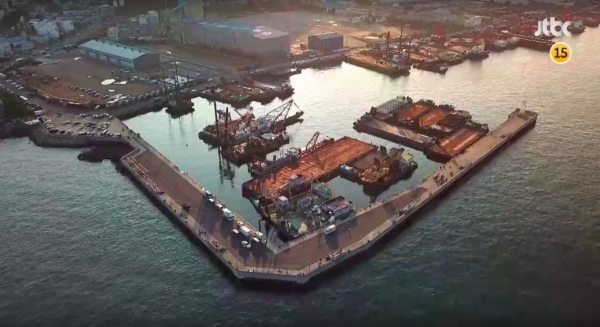 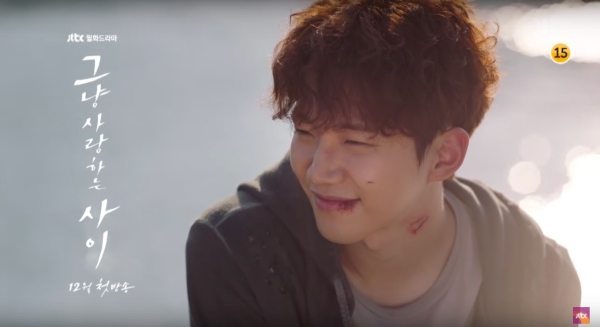 I have never watched Junho act, but have heard good things about his acting and I have no idea who the actress is. Though even without that, A melo romance?? Count me in! I've been hoping for a melo and angsty romance since Nice guy! Finally!!!!! Hope it is good!

The only drama I've seen of his is Chief Kim. I absolutely loved him in that. It's an overall good drama. I would recommend it.

I've seen him acting in Memories of the Sword and Twenty. I would say he was good because he managed to blend in with each of the movie's character and premise seamlessly.

He was also great in Memory!!

*sigh* Here's yet another one to add to my looooong list, but how can I resist Junho when he smiles like that?

Ikr. There are 5 dramas on my must watch by the end of the year list. I don't know when I'm going to get to them.

I like that the leads aren't actors we've seen in a lot of projects because I'm sure they'll bring something different onscreen, chemistry wise or acting wise. I'm really hoping it's a tearjerking melo in the best way possible

Same. After watching so many dramas, it's nice to find ones with actors you haven't really seen before. Makes it a bit more fresh.

whah the description of the story aleady sound too tragic.. aigoooo
I wonder either they they will show us his initial tragic story or they only show it only through exposition? Junho's face already remind me of Ma Ru's character when he get beaten in Nice Guy. Can't wait to watch this drama.

For better or worse, I like knowing as little as possible about a drama before watching it. For this drama, all I need to know is that Junho is a lead.

Same here! In fact, I hate melos but just for Junho (or anyone who acted in Chief Kim), I'll give it a try.

I'm a big 2PM fan and I've watched all of Junho's projects - he is awesome! And so I'm excited to see him again, plus it's not a noona romance (which I hate), like some new ones these days.

Junho is a great actor! He stole every scene he was in in Chief Kim and more than held his own against brilliant Namgoong Min. I can't wait to see Junho in this.

I'm always hesitant to get into melodrama, they're always frustrating so I need to make sure the investment is worth my time lol. But I've also been waiting to see if Junho can pull off a lead role for a while now, so I'm definitely anticipating this! I just hope it doesn't get too makjang lol

I hear ya. Melos need that extra something to warrant the investment and keep you going through the rough times.

Melos is a tough genre, but it you can do it, the chances to be good in other genre will be higher. I'm not sure if Junho can do well, he was good in Chief Kim, but that's his only drama/movie project I was impressed with him and it was different genre. So for now, I'll just say he has the potential to grow as a a good actor.This drama will air on Dec, sounds like a good time for some melodrama.

I actually think Junho has been consistently good in all his roles, just that Chief Kim was his first big role to date and one where he had the most freedom to stretch his acting muscles. Before that his roles have been smaller, supporting characters and Twenty was just a very straightforward feel good movie, although I loved him in that.

But that said, what's impressed me the most is actually his trajectory as an actor, never really taking on the same type of characters twice and gradually moving into bigger roles. I thought his work in Chief Kim was impressive considering how small his repertoire was.

Chief Kim was the first drama I ever saw him act in as well. I have watched Twenty before but his acting there doesn't make me want to know more about him (as in, doesn't impress me all that much. Maybe because of his character, too.) I'm pretty excited (and nervous) to see his acting in a melo because as you said, it's a tough genre. I want to see more of his acting range. I did watch him in Memory and he was pretty good there (and to hold against Lee Sung Min, too). Though I'm not sure with romance since I don't think he had done much romance? . His crying in Memory allmoost made me cry, heartbreaking, but not yet there where it makes me wanna weep like baby. So, yes, I wanna see how he improved on such a role where hopefully he can show even more sides of his acting. Because I know he got the potential :)

Not into melos, but wishing Junho all the best. I loved him in Chief Kim, and I'm happy to see him in a leading role here building his repertoire of roles.

Because she's a rookie, they probably don't have a tag for her yet and forgot to add one.

Am I the only one who thinks the rookie actress looks and sounds like Soo Ae?

Melodrama is not my go-to drama genres but I hope this one will do well with a well-written story and character development.

'the producers have said her chemistry with Junho has surpassed their expectations' - well, I was going to keep my expectations low but every time there is something new about this drama it just rises every single time. I'm so afraid I'll be disappointed bcs of my high expectations :( I hope it doesn't, of course. What's a melo without a good chemistry between the leads, right?
Also looking forward for Won Jin-Ah acting. and in need of a teaser with both of the leads in the same frame lol

P.S. : ugh that soft smile of kang doo in teaser. my heaaaarttt.

God, I want to see this NOW. The plot sounds so good, the teasers, even if very stingy with showing actual story, are visually beautiful and intriguing. And Junho is 😍😍😍 December, hurry up!

Yessss! A melodrama is what I need!

Interesting, interesting... I started to watch chef kim, and stopped because of duties, but I want to carry on watching... Binge!!
and in regard to this new production, well... maybe...

Is it just me, or does Junho kind of look like Seo Kang Joon?

There are def similarities. They don't necesarily look alike, but when I started watching Cheese in the Trap I kept thinking that Baek Inho reminded me of Junho, and now it's come full circle lol.

It baffles me that Junho is just now being given his chance as the lead after consistently turning in excellent performances....but Taecyeon has had a few turns as lead, after some imo pretty mediocre performances. Anyway, i'm very excited! Junho was fantastic in Chief Kim and I love that how he gives a different performance every time. I never feel that i'm just watching "Junho" on screen. Can't wait!

Another Mon-Tue drama.
Junho as lead.

After last year's Uncontrollably Fond (which I dropped),I'm a bit hesitant about this plot.But I feel the need for a good melodrama,especially with the coming cooler (or colder season for some) weather and after all the thrills and suspense that I had with Circle, Forest of Secrets, Duel & Rescue Me.

At first glance, the lead girl looks like Lee Min Jung to me.