More couple cuteness and character stills for My Sassy Girl 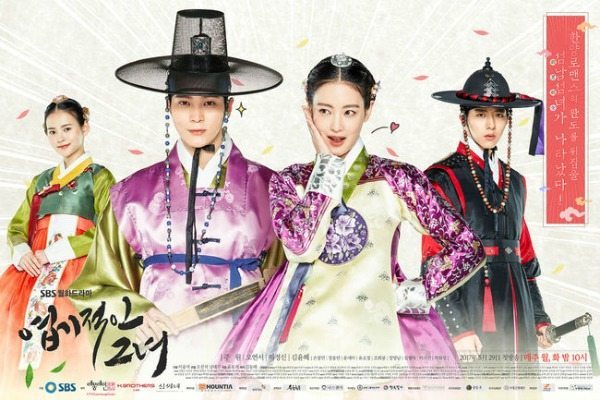 We’re two weeks out from the premiere of the (really, REALLY) long-awaited My Sassy Girl drama adaptation starring Joo-won (Yong-pal) in his last project before enlistment, and Oh Yeon-seo (Come Back, Ajusshi) as the sassy princess. SBS has released another poster and some cute stills of our main couple, and more character pics also featuring our two second leads Lee Jung-shin (Cinderella and the Four Knights) and Kim Yoon-hye (Vampire Detective).

The stills of our leads together are pretty adorable, and I’m hoping for some zippy, fun chemistry from them as they start to fall for each other. The additional character stills aren’t anything new, but they do show a little more of their character quirks: Joo-won has his cold, city-boy arrogant smirk down pat, and Oh Yeon-seo’s glare tells me she’ll give anyone hell if they mess with her, lol. Lee Jung-shin is also looking pretty convincing as the broody, protect-from-afar warrior who will pine after the princess. Break my heart, Jung-shin, I will gladly give you my tears.

Since we’ve been hearing about this drama for ages, it felt like My Sassy Girl had been on the promo circuit for months, but I realized that they only started releasing posters and teasers in mid-April. I guess that’s another double-edged sword with pre-produced dramas—they get plenty of press before the show starts, but risk promo fatigue. Not that I’m tired of the show already, nor will I not catch the drama when it airs, but I’m just eager for the show to start its run.

My Sassy Girl will premiere on Monday, May 29 after Whisper finishes its run. 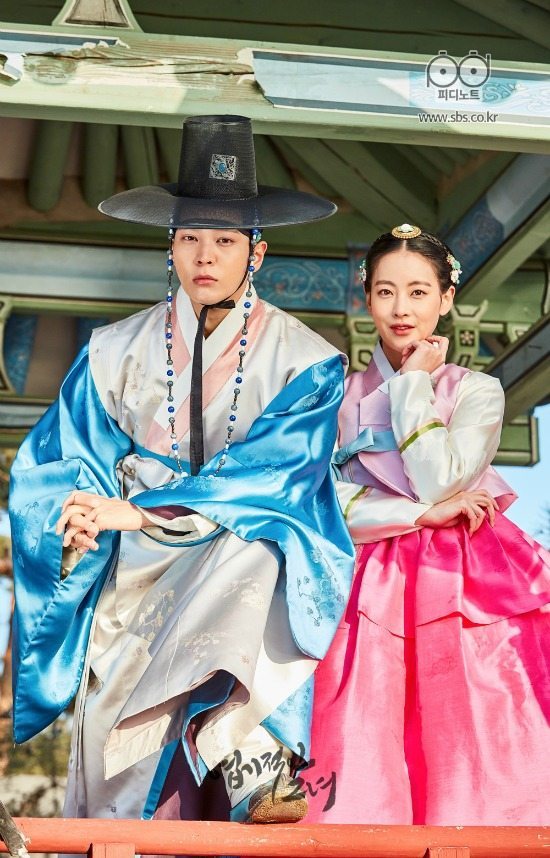 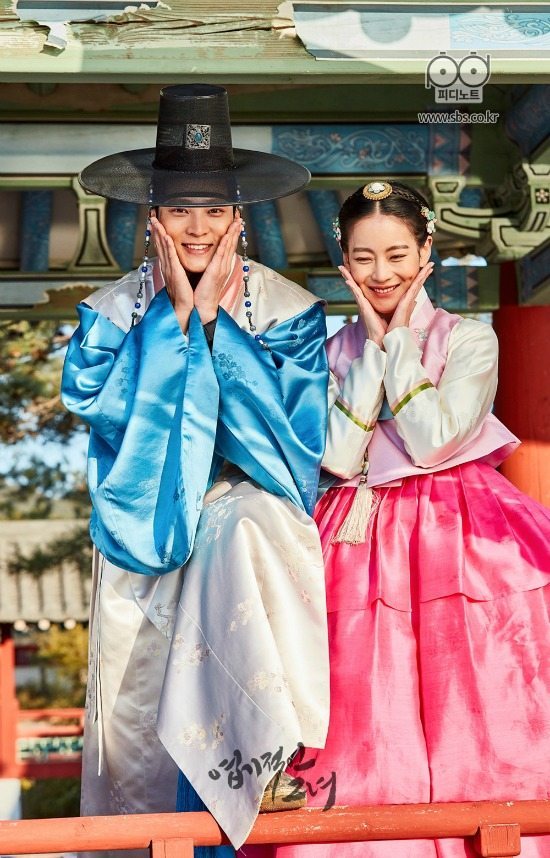 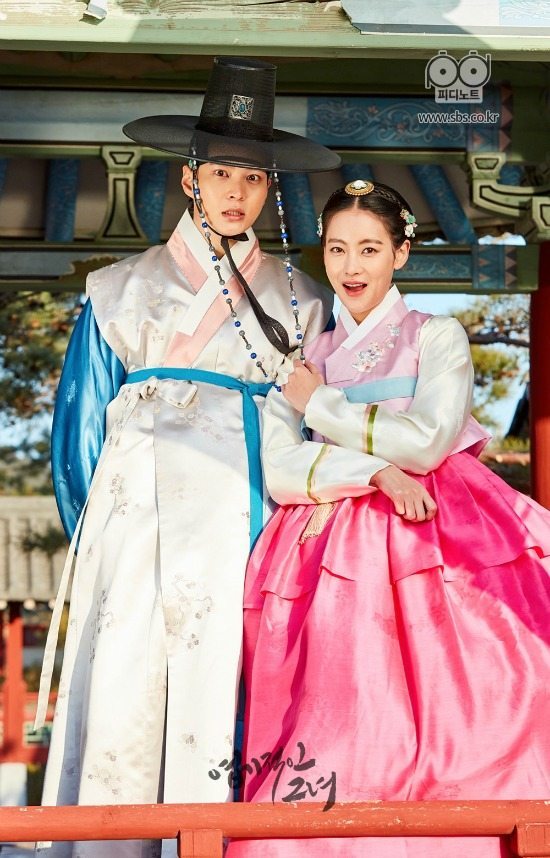 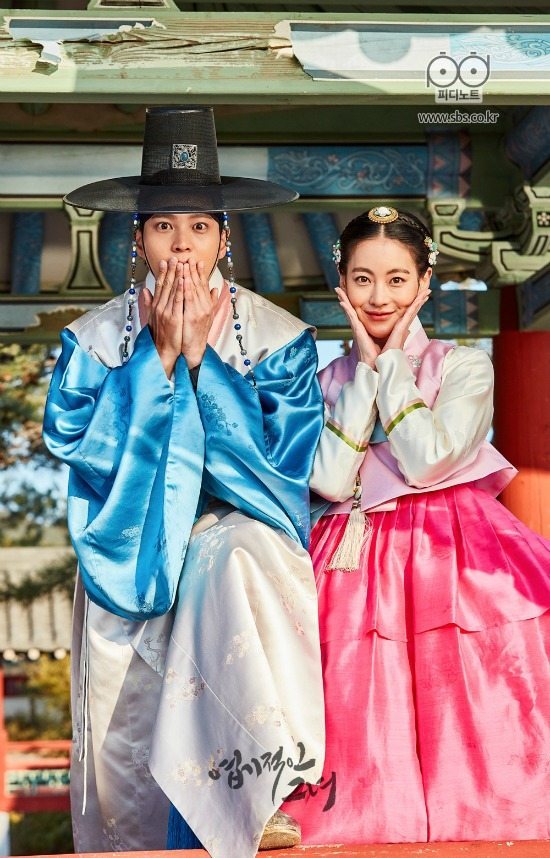 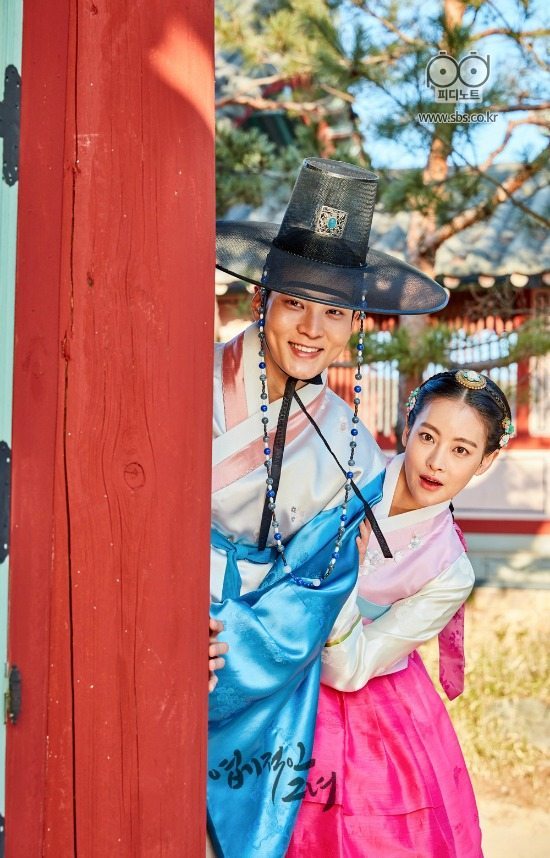 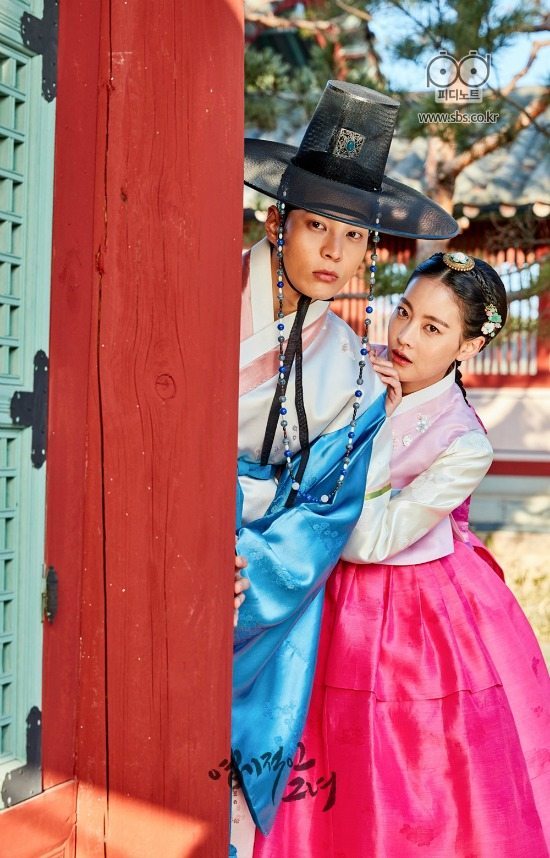 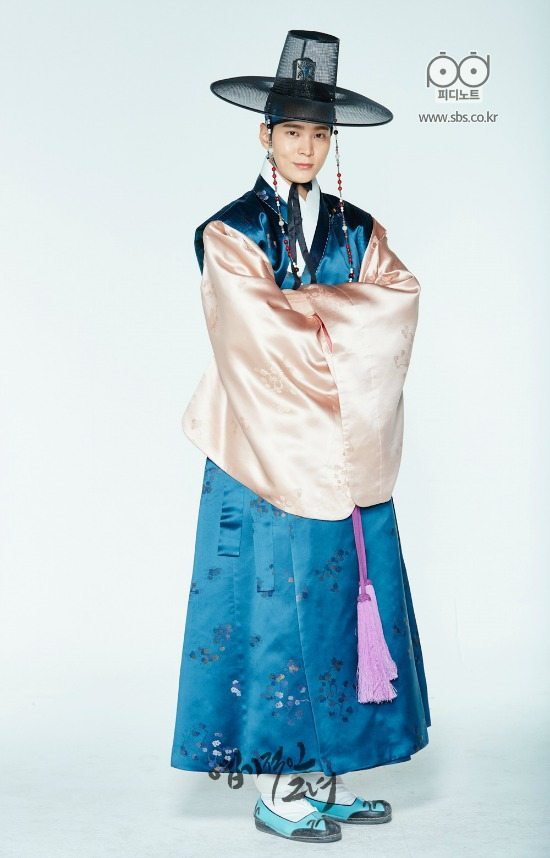 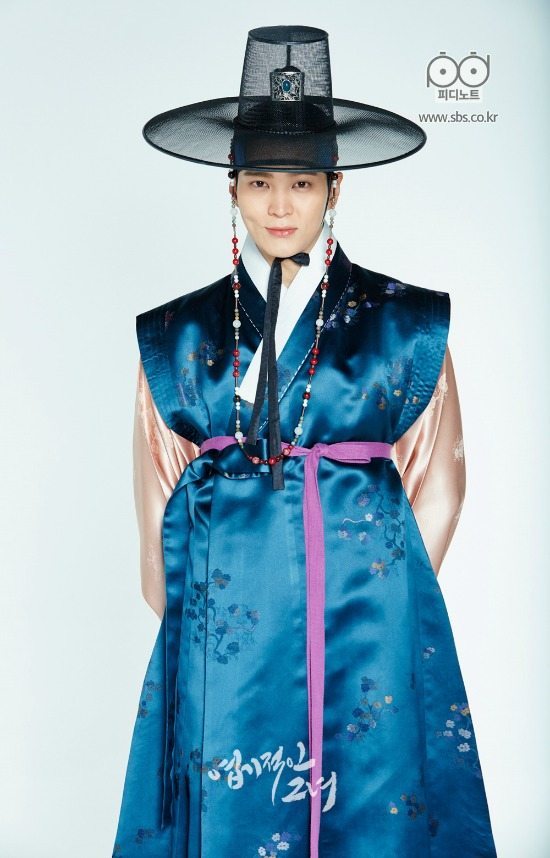 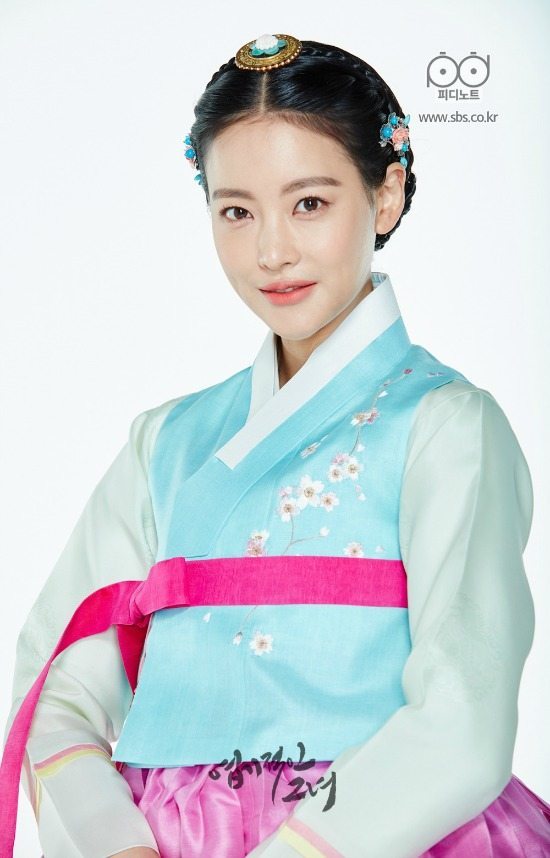 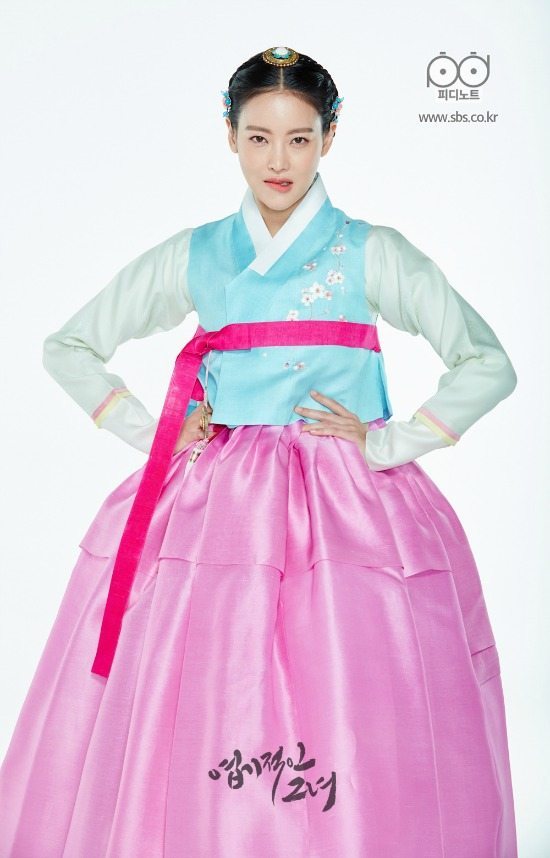 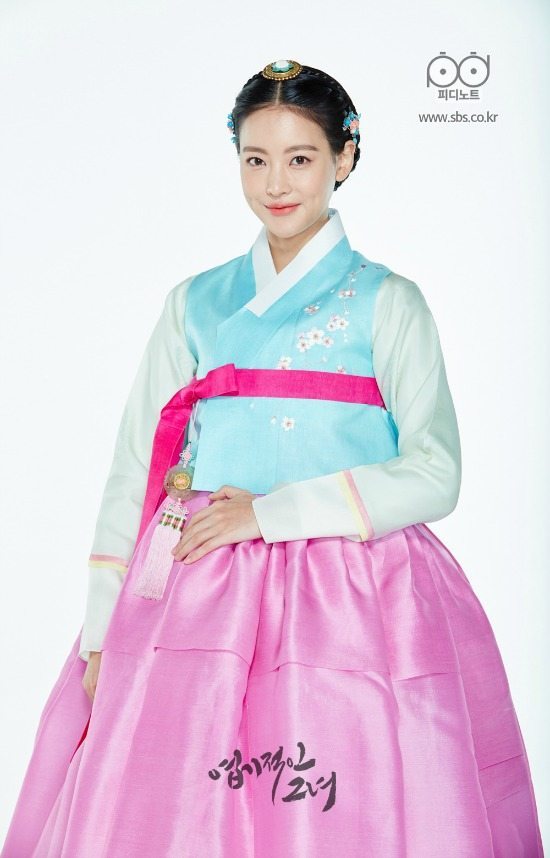 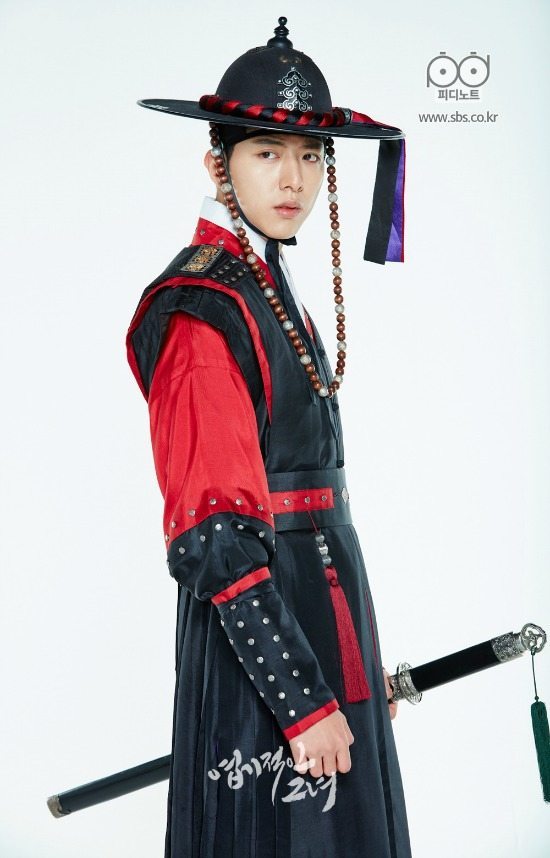 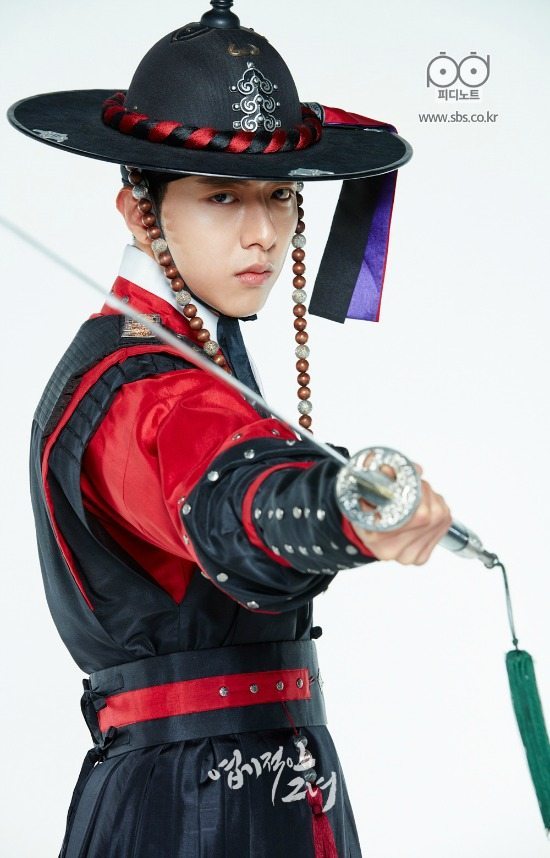 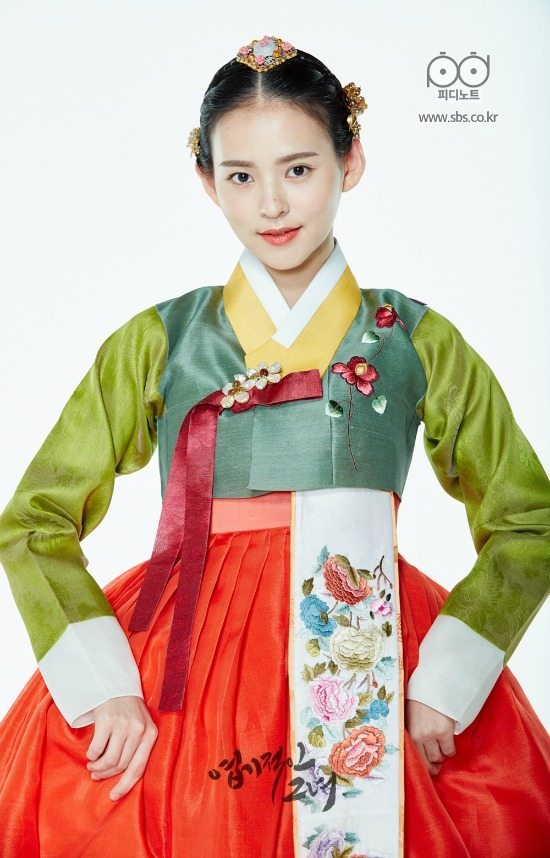 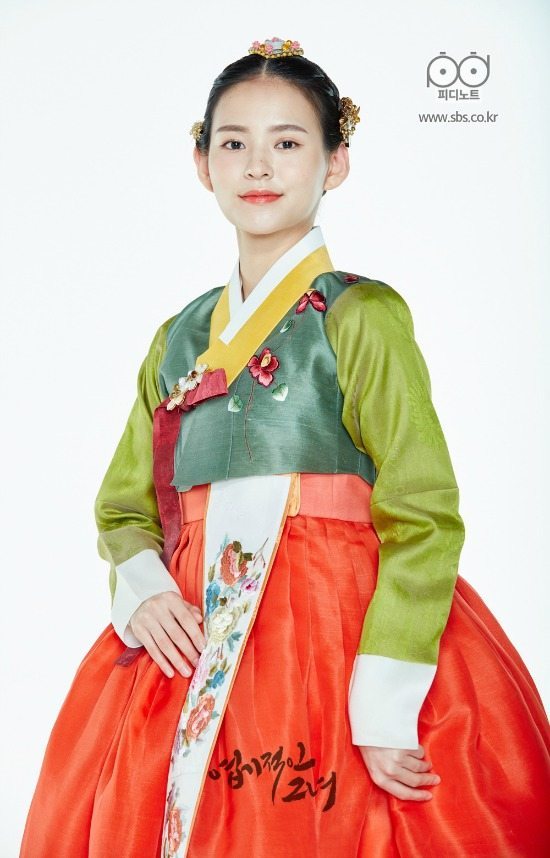 It is looking good you guys :) cute and adorable! So ready for this!

The costumes are lovely.

Looks like a fun and breezy watch. ? The costumes are beautiful!

Dimples overload, those hanboks are pretty.

Excited! As always for Joo-won's drama. But I don't really see how this can be "My sassy girl" Joseon version. Nothing even remotely reminds me or brings me the feel of the movie, except for the fact that the lead girl is kinda sassy. Though I have no particular feeling towards Oh Yeon Seo, I'm kinda disappointed since I'd love to see the quirkiness of Jeon Ji-hyun's character in this version, while her (Oh Yeon Seo's) character is not really refreshing to me (or not yet? *crossing fingers*). Maybe this is the point? That this is only a looooose adaptation... to avoid the repetition and comparison with the original? To bring out the new, unique side of characters? I don't know...
But because this is Joo-won's drama, I'm still putting lots of expectation on this version. Fighting oppa!!!!!!

Thank your for the article @tipsymocha. I actually felt the same way for this drama since I've been waitingggg for this project to start airing for so longl I know it's the last project for Joo Won before his enlistment so I eagerly waited for it. I truly truly hope this won't disappoint me.

In the 3rd picture, doesn't she look a little like Shin Min-Ah?

Oh yeon seo is getting prettier.

Going into this with no expectation for a "My Sassy Girl," just an enjoyable fusion sageuk.

Aww, the couple posters look so adorable ?? Love the easygoing vibe! And I don't really know the second leads, but they look good too, especially Lee Jung-shin. I was just thinking how it would be so great if the broody warrior was really the poster boy of wherever he's from and just a cinnamon roll and universally beloved, and then I read the character description and it wasn't too far off lol ??. Universally loved, indeed. Bring it on, drama!

I'm digging this a lot.

Awwww sad to send Joo Won to the military today ? Good thing he's leaving us with this. Thank you, May! You are looking very promising! ?

The logo is really cute. I guess it's Joo Won's glasses which we had a sneak peek of in the teaser.

I am still iffy about this. I am past the casting brouhaha, it's the story which I can't get a feel on. It looks like shenanigans first then the usual saeguk stuff later. I like my funny and cute as well as serious saeguk but transitions don't always work well. It's the reason why I loved Moonlight Drawn By Clouds in the beginning and lost the fervor towards the end.

If this show can successfully incorporate both elements throughout, it will stand out from the crowd. It's a tall order for sure, in fact I just don't see how.

I'm wary of Lee Jong Shin's acting but without no doubt he looks good as a bodyguard !

I need this!! I need Joo Won puppy to brighten my screen. ;)

Joon won Oppa's last drama before enlisting!!!!! Thinking about his service is bringing tears!!! He is such a good actor... Going to miss him for 2 years.... They should air his dramas for the 2 years

So cute! And pretty! both are stunningly beautiful!
I'm not really a fan of sageuk, but I'll be watching this one,
at least for the sake of the eye candy.
I hope the storyline delivers something good, too.

I love Joo won. I hope the story is good.

i'm gonna go in thinking it's separate from the movie and keeping my expectations low (who else remembers level 7 civil servant?), however they all look gorgeous!

i can't remember but My Sassy Girl movie didn't have any second leads right?

the cuteness, the adorableness, and the hotness of our second lead. just wow. two weeks is a year away

They look cute!
One of the dramas im excited about.
I hope it lives to its hype.

OMG!! the hanboks are sooo prettyy <3 and I am loving the dimples on Oh Yeon So.. Looking forward to the fun saguek rom com :D

I can't wait for Whisper to end hahaha. Give the baddies what they deserve, for PBY and LSY to marry and for Joowon to take over my screen hahahaha. So excited.

i hope they do well.. i have a very very very bad feeling about this drama falling flat...

i really liked her in that drama with rain.. let's see

I know this started messy, but after all the promo material, I'm really hopeful.

Love the cute posters of our leads!! The hanbok looks gorgeous on them!! Eagerly anticipating this since Joowon is already off to the army!