Six Flying Dragons PD returns with new thriller, but not with Yoon Kye-sang or Yoon Kyun-sang 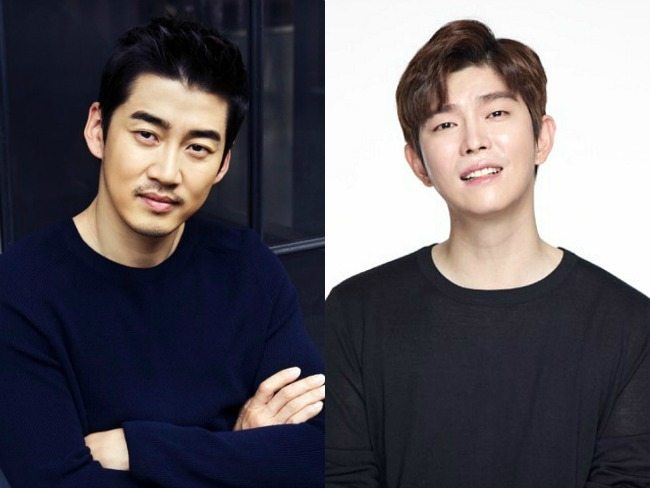 I don’t know whether to be excited or embarrassed about this! Mostly excited, but with a large side helping of secondhand embarrassment, I think. The first round of stories broke the news that Yoon Kye-sang would be taking the lead in a new drama, a thriller with the PD of Six Flying Dragons, and I was excited to hear it since he did such a fantastic job in last year’s The Good Wife. But his reps refuted the news right away, saying that he hadn’t even received an offer and that the report was erroneous.

Soon after, it emerged that it was Yoon Kyun-sang (Rebel: Thief Who Stole the People) who would be taking the lead instead, and I was happy about that because he was so great headlining Rebel and this seemed like a logical casting choice since he worked with the director previously in Six Flying Dragons, where he reportedly stole scenes and hearts. But I also cringed really hard at the thought that some lazy reporter just got the name wrong. But then his reps also debunked those claims, saying no offer had been made to him, either. Is there another Yoon Something-sang I’m forgetting about who might be next?

But on the upside, with or without either Yoon, we still have news of a new drama, which is always a good thing in my book! Doubtful Victory is one way to translate the title, but as with every third title in dramaland, the title’s really a pun incorporating the main character’s name, so it can also be read Mysterious Il-seung. Take your pick?

Il-seung was wrongly accused of a crime and imprisoned, and has spent ten years on death row. He manages to break out of prison and somehow becomes a (fake) cop, then sets out to find a hidden stash of 100 billion won (nearly 100 million dollars) on behalf of criminals who will supply him with a new identity upon receipt. He has (wait for it…) three days to find the cash and begin his new life.

Doubtful Victory will be a Monday-Tuesday drama on SBS that airs in November, following Seo Hyun-jin’s Temperature of Love, which will air after the currently airing thriller Falsify.

Yikes.. second hand embarassment indeed. Hopefully the next casting news the reporters will get it right.

Hopefully no more Yoon Something-sangs will be affected by the reporters in regard to this show ? I cringed really hard while reading this so let's hope next time they actually get it right.

I think it's time for all of the wrongly accused fugitives here at DB to watch this drama together. It's right up their alley and maybe they can get some tips.

Count me in as a DB Wrongfully Accused Fugitive. ;-)

I'm keeping my fingers crossed that we'll somehow see Hong Gil-dong toboggan through a wormhole into the 21st century and engage the accounting services of Chief Kim. ;-)

I was hoping for a sageuk coming from this PD since I like both Tree with Deep Roots and 6FD. Kinda of disappointing to learn its going to be a modern drama. And truthfully, I am having a fatigue over this crime/justice thriller genre. There are just too many out there right now.

I was disappointed too. I thought the same PD will produce the third series after Six Flying Dragons n Deep Rooted Tree. I m a superfan after watching these 2 sageuk. Too bad!

Lol! Oopsie. The director is amazing, so high hopes for this!

Got excited there for a second. The synopsis sounds like a hot mix of three or four dramas. Not sold.

Oh. If only we can get both Yoons in this drama together. For some reason I can picture Yoon Kye Sang playing the fake detective here.

Revengeful-falsely-accused lead story A G A IN ? T_T

I'm actually excited for this plot because while we've had a number thrillers this year we haven't had many fast paced, nail biting ones. If coming from this PD this may be a really great show cause honestly I've been wanting one really badly.

SBS seems really determined to create anything-with-thriller genre drama this year. I guess everyone will be called prosecutor/lawyer/cop-nim at SBS Drama Awards this year.

Couldn't help thinking "is it kind of Another Yoon ???-sang ? " ?
I loved SFD and the story seems interesting (with so much stress for my poor heart), so I'll check it out, side note : awesome male lead is always welcome :)

TEARS OFF SHIRT TO REVEAL SAEGUK ARMOR UNDERNEATH

I'm ready for whatever this combo of PD/director throws me

Aw, come on...
Lesson learned: re-re-re-proofreading a release is important, y'all.

Was the reporter half asleep when he wrote this? And where was their proofreader?! Smh.

Yes, we've seen variations of this once, or twice before but if some of the magic of Tree With Deep Roots and Six Flying Dragons is transferred onto this drama, then we'll be in for a pretty great viewing experience.

I'll making a note to keep an eye out for this drama.

I'm really curious now who actually did get a casting offer though.