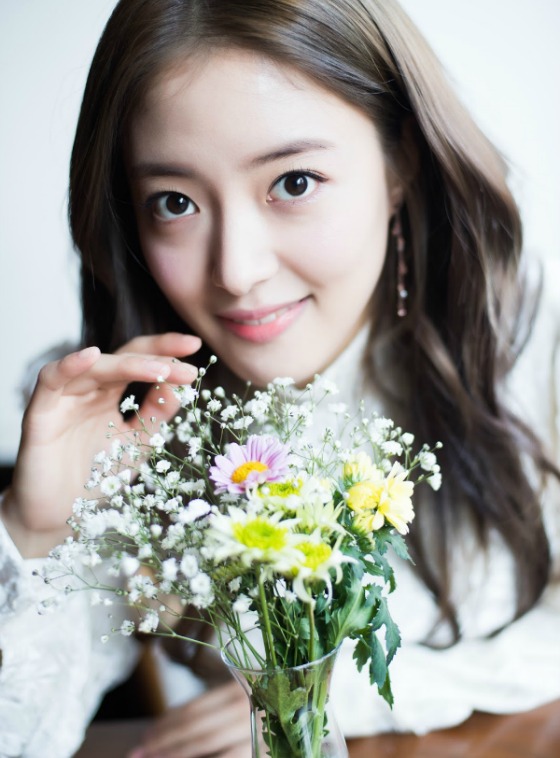 This is an unexpected pairing, but a happy one. Lee Se-young (Hwayugi, The Best Hit) has been offered the leading role opposite Yeo Jin-gu (Reunited Worlds) in tvN’s new drama remake of Gwanghae, The Man Who Became King, which will now be titled The Queen’s Man. Hm, that’s a bit vague when you could use the title that automatically associates your drama with a 12-million-ticket box office hit, but what do I know. Lee Se-young might not have quite the sageuk range on her filmography that Yeo Jin-gu has, but she’s a former child actress with works like Dae Jang Geum and The King’s Dream under her belt, so she’s no stranger to historical dramas. I love her deadpan delivery and her ability to go from warm and bubbly to badass in a heartbeat, so I’m excited to see her broaden her scope with a project like this.

The drama tells the story of a poor traveling clown who happens to be a perfect doppelganger for King Gwanghae of Joseon, and is secretly hired to take the king’s place on the throne when an assassination attempt greatly weakens the king. Gwanghae is cold and paranoid while the clown is warm and humane, and the drama is about the clown slowly changing the palace, the king’s influence on the people, and of course his relationship with his queen.

If she signs on, Lee Se-young will play the role of Queen Yu, who was selected to be Gwanghaegun’s consort when they were young (she was one year younger than the prince). When he became crown prince, she became crown princess alongside him at the age of sixteen, and spent the next sixteen years of her life as crown princess, and then became the queen at age thirty-two. This is the role that Han Hyo-joo played in the film version, as a woman who becomes increasingly attracted to the clown masquerading as the king. I’m looking forward to this youthful take on the same story, especially if they can get this cast to confirm.

The Queen’s Man will air in tvN’s Monday-Tuesday slot following 100 Days My Prince and Gyeryong Fairy Tale, which puts the premiere sometime in December or January.

1 Eries be the Light

Wahhh, hope she will return with this remake drama. She is talented and has bright image

omg, when i saw news about Yeo Jin-gu's new drama, my first thought was "is Lee Se-young free?" Finally, the drama gods have heard me!

Oh my my!! I never thought of this pairing even in my dreams. I hope she accepts. She's talented and her acting in The best hit & Hwayugi was really awesome though both the dramas started well and then drifted from the plot yet she was able to captivate our interest.
I'm so excited for this pairing now.^^

This is also a pairing that I never saw coming but I could totally get on-board with! My only concern now is who would the writer be. I'm getting more and more excited. I hope this drama ends up good and that Jingoo can confirm soon. ♥

Also... seeing that there's a plot of them being engaged at around sixteen is making me giddy because if Jingoo accepts, we're just about to witness Jingoo get a younger teenager him in sageuk. And I don't know, it's just making me emotional thinking about it. Hahaha

Omoo, I hope she accepts the offer ! 😆

OMG this is so exciting . I love her and she has a very diverse acting range. I really wanted to see her again. I haven't seen Yeo Jin Gu in a lead role so I really am looking forward to it

This is an interesting pairing and I do like Lee Se-young. She was such a scene-stealer in Hwayugi.

I don't know what to feel about the title change especially since I really loved the original Masquerade. I suppose this version will focus more on the blossoming romance between the not-king and the queen.

I agree. I really liked the dynamic between Gwanghae and his chief secretary best in the film and the romance was just a sub-plot. But it seems like the adaptation would focus on the love story instead. Which isn't a bad thing I guess, but I'm mostly anxious to know who's gonna write this drama. I just wish this drama would be at the hands of a reliable writer. 😢🙏

There's room for both since this is a drama, but it will depend heavily on the writing. Hopefully it delivers.

I kind of hope Ryu Seung-ryong will return for the royal secretary role, but hopefully they get someone who's just as memorable.

Question, so there is a clown masquerading as the king? Where is the king?

In the movie, the king gets poisoned which brings him into a coma.

Thanks. This might tip me more into the check it out column.

"This hand is a key!" to good roles in the future.

She was so cute in Wolgyesu Tailors. I just rewatched that last week.

Oh my gosh what a great sageuk pairing! Loved her with Noh Young-hak in the " The King's Dream. "
I hope she takes this. She has been acting for a very long time and she surely have proven her worth.
It's about time she got a solid lead role.

I agree, she more than deserves lead roles at this point. She never disappoints. She was so amazing in Whisper last year!

idk about this clown business, but seeing her and Yeo Jin-gu in a sageuk together would definitely be something :D

It has been a while since I get so excited over his co-star 😍.

The first time I saw her was in Vampire Detective. Loved her since then. I'm not really a sageuk fan but I would check this out just for her.

Thanks, girlfriday, for your update on THE QUEEN'S MAN, which title-wise reminds me too much of QUEEN IN-HYUN'S MAN, but whatever. Lee Se-young was great in HWAYUGI and THE BEST HIT. Her turn as Buja, both pre- and post-zombification, was so well done, and quite affecting -- when I wasn't laughing my head off. This casting adds an entire layer of meta. Pairing her up with Yeo Jingu is going to make me slip my clutch and think I'm seeing Kim Min-jae from THE BEST HIT. LOL!

I loved her in Hwayugi, a bright star in an otherwise mediocre drama. And Yeo Jin-goo will have amazing chemistry with her. Looking forward to this!!!! So much!!!

I thought that slot would be for Memories of the Alhambra...When is that drama going to air?

Memories of the Alhambra will premiere November, along with Boyfriend and Gyeryong's Fairy. I suppose it will take the weekend slot since Fairy will air M/T while Boyfriend (if I remember correctly) will air W/Th. The Queen's Man will prolly air in the next drama cycle in January.

she was so cute in hwayugi lol

Damn, I like her. I love her role in Hwayugi. She's so pretty and did pretty well her role.