Lovers of the Red Sky

In this fantasy Joseon-era sageuk, a young artist has a genius talent and becomes the first female painter in the Royal Academy. She meets a young man who works in the office of astronomy and geology who was blinded after an accident in his past. The two fall in love.

In this fantasy Joseon-era sageuk, a young artist has a genius talent and becomes the first female painter in the Royal Academy. She meets a young man who works in the office of astronomy and geology who was blinded after an accident in his past. The two fall in love. 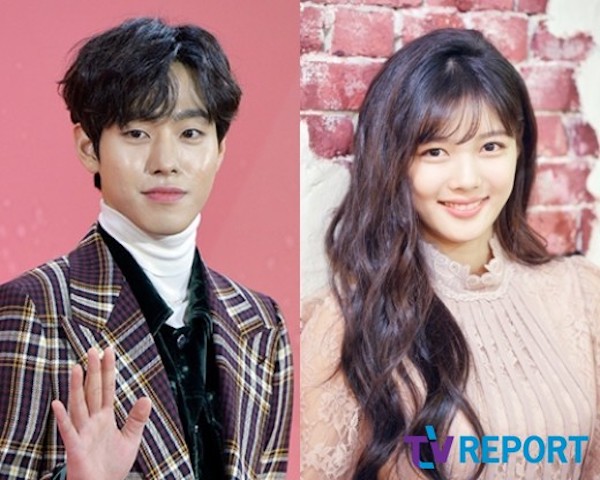 There’s been a slew of recent casting news for SBS’s upcoming sageuk drama Hong Chun-gi. It’s been announced that Kim Yoo-jung (Backstreet Rookies), Gong Myung (Be Melodramatic), and Kwak Shi-yang (Alice) are all up to play roles in this fantasy historical romance. Additionally, Ahn Hyo-seop (Romantic Teacher Kim 2) has been attached to the project for a long time as a possible lead.

If Kim Yoo-jung confirms, she’ll be in the titular role of the beautiful Hong Chun-gi, who is historically recorded as the only female painter to be admitted entry into Joseon’s Dohwawon, the premier art academy. With her excellent photographic memory, she can draw people soulfully to such a degree of detail through her genius-level artistic skills and sense of time and space. Ahn Hyo-seop’s role is that of an astrologer and face-reader who can read the skies to predict events and destinies, but has lost his skills. 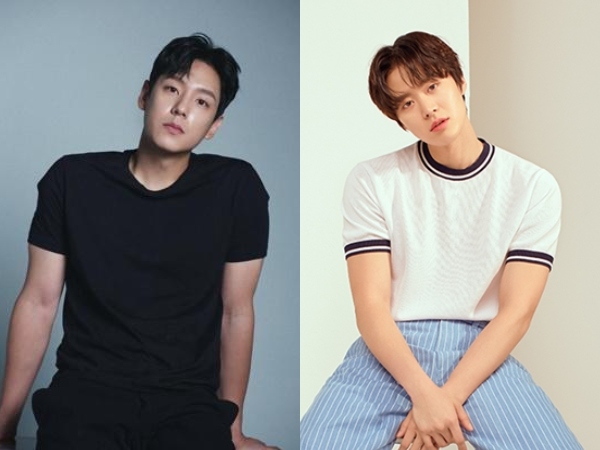 Gong Myung has been offered the role of Lee Yul, a chic, powerful idealistic prince who dreams of establishing Joseon’s legitimacy. He seems like a carefree romanticist who likes to take things with the flow, but beneath it all, his life is in danger at every moment due to Kwak Shi-yang.

Kwak Shi-yang has been courted to play Lee Yoo, also known as Prince Suyang, who has been portrayed in many other historical retellings of this period as a cruel tyrant. In Hong Chun-gi, Lee Yoo is still a prince, but he’s a prince who believes he deserves the throne. With those motives, he approaches Ahn Hyo-seop to engage in palace intrigues so that he can impose his political rule of fear and absolute power upon the nation.

Based on a best-selling novel by Jung Eun-gwol (Sungkyunkwan Scandal, Moon Embracing the Sun), SBS drama Hong Chun-gi, written by Ha Eun (Be Melodramatic) and directed by PD Jang Tae-yoo (You From Another Star), is expected to air next year.

Via IS Plus, Hankyung, Sports Seoul

With the mentioned past projects of the writer and director, I have a feeling that this might be worth checking. Though historical drama isn't really my cup of tea, and that the word 'fantasy' itself has been having negative effects on me since I started watching 'Alice', I might check this one out. Love Ahn Hyo-seop in Romantic Doctor 2, and hopefully Kwak Si-young gets the well-deserved spotlight in this role.

I hope all of them will accept their role.. Yoojung comeback with sageuk is my win.. finally we will witness another amazing drama with sageuk fairy
❤️

I really loved Sungkyunkwan Scandal (Yoo Ah In was one of my first second lead syndrom) and You From Another Star!

For the other actors, I'm not sure about Ahn Hyo-Seop, he was not very good in Splash Splash Love, but better in Romantic Doctor 2. Gong Mung and Kwak Shi-Yang are good.

Kim Yoo-jung is a fabulous actress, almost as good as Shin Hye-sun or perhaps even her equal. She is a one of my very favorite actresses. You are absolutely guaranteed a great performance if she is in this drama.

I am also impressed by the drama writer, the PD and even the original author who wrote the novel that is the basis for this show. "Sungkyunkwan Scandal" was remade by the Chinese as the C-drama IN A CLASS BY HER OWN.

Yay at appropriate age gaps with Ahn Hyo Seob being only 4 years older and Gong Myung being 5 years older. I find it difficult to watch Yoo Jung's recent works after Moonlight Drawn by Clouds because I feel iffy about the age gap between her and her co stars. Although she's an adult now so it shouldn't matter but still. lol. I think I would be looking forward to this.

This was my thought. They were born in the same decade. They were still children when she was born.

I am a little confused. I am having trouble tracking down info on writer Ha Eun. On the entry for BE MELODRAMATIC at MyDramaList Ha Eun is not listed as one of two writers credited:
https://mydramalist.com/26488-the-nature-of-a-melo

MDL does have an entry for screenwriter Shin Ha Eun who is one of two writers credited to THE CROWNED CLOWN (2019) which by the way was one of my favorite dramas of 2019.

Sorry, I neglected to mention. In the source article, it says Ha Eun went by another name “Kim Young-young” when she was writing Be Melodramatic. I believe she is listed as the second writer on some websites.

Thanks for the clarification.

kwak shiyang and ahn hyoseop in one drama????? omg never thought i need this

I’ve never watched any drama with Ahn Hyo Seop in it until Romantic Doctor 2. And I really really liked him in that role! Rooting for him in this one. And of course, the darling Kim Yoo Jung is there as well.

I can highly recommend my first AHS drama THIRTY BUT SEVENTEEN (available on Viki (USA)). He played Yang Se-jong’s nephew Chan. He gave such an endearing performance as a high schooler and athlete (crew) that he was adopted by our own @ally-le below. Here is a peek:
https://www.soompi.com/article/1197573wpp/ahn-hyo-seop-looks-dashing-dependable-captain-rowing-team-30-17

Of course later a lot of fans were waiting for the AHS-YSJ reunion that took place in DR. ROMANTIC 2 where I think AHS really shined.

My son! I hope he accepts.

Kwak Si-yang really can't catch a break :( While Alice was a dud, he was marvelous on-screen and definitely made a case for ML status with his role there. #HottieDaddie4Evah

I assume he took this role because it was a villain role, assuming it'll be better screen time wise than Alice lol?? Boo though b/c he really should be leading an OCN action drama. Also package deal no? Him and Ahn Hyo-seop are in the same agency together, so I guess for making AHS the ML here, they also had to put in KSY in a supporting role as well.

Ooh, sounds like a more serious drama. Usually don't go for serious saeguks but I'm definitely checking this out due to the leads!