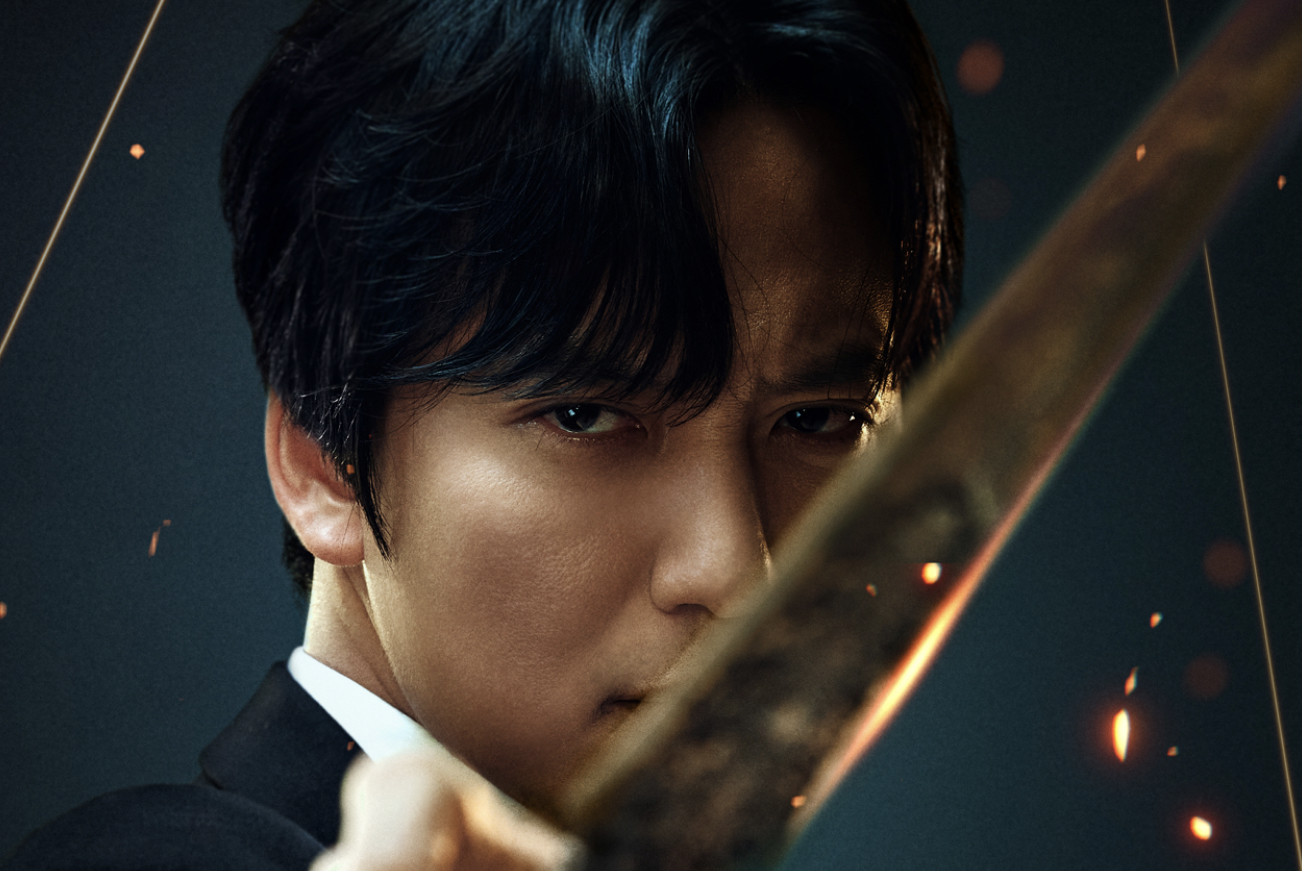 TVING’s upcoming CGI-heavy fantasy Island has recently dropped some beautiful character posters for our main players: Kim Nam-gil (Through the Darkness), Lee Da-hee (Love is for Suckers), Cha Eun-woo (True Beauty), and Sung Joon (Perfect Wife). While most of the fan excitement I’m seeing is around Kim Nam-gil (understandable) and Lee Da-hee (understandable), this drama also means Sung Joon is back! With gray hair. Well, it has been a while.

Island is based on a webtoon by the same name and follows Ban (Kim Nam-gil), our immortal-yet-human hero who’s been protecting the world from evil spirits for thousands of years with the famous sword we see him wielding in the poster. In an interesting team-up, he’s joined in the fight by Won Mi-ho (Lee Da-hee), who’s a third-generation chaebol and high school teacher — she’s also new to the world of spirits and ghouls that Ban lives in. She’s also noted as the center of the fate that the story is about, so we’ll have to see how that plays out.

Next up is our exorcising priest Yo-han/John (Cha Eun-woo) whose skills are lauded and whose purpose is to serve God’s mission and protect people from said evil spirits. And finally, we have our gray-haired and ~mysterious~ Goong Tan (Sung Joon). Not being familiar with the webtoon, I’m not sure if he’s the villain yet (please don’t spoil this if you do know!), but he gives off some serious stone-cold vibes either way.

Island is directed by Park Bae-jong (Fabricated City) with scripts written by Oh Bo-hyun, and will premiere on TVING sometime in December. 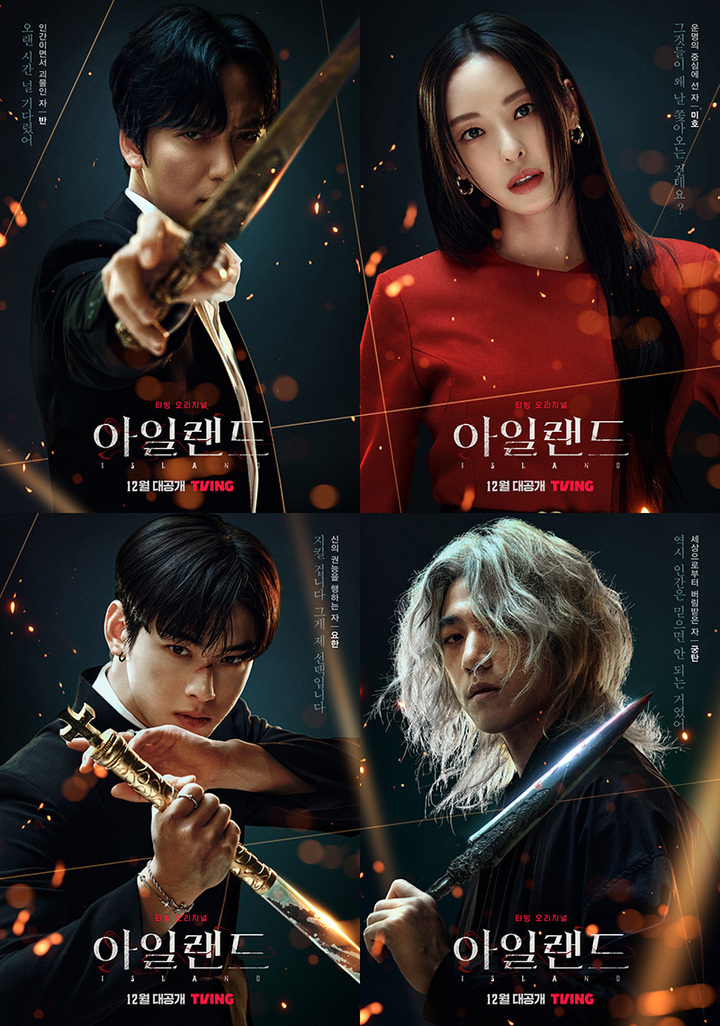 Alas, fantasy is not a genre I'm crazy about. I'll wait and hear what other Beanies have to say about it before deciding whether to take the plunge.

aigooo, all the LONG HAIR looks these days!!!! i like it on Sung Joon also... *tee hee*

My most awaited drama. I hope it is good!

the posters and teaser look good, tho im not sure why they just made LDH stare blankly into the camera (give her a sword? or a more action-style pose? lol). i'm loving KNG's aura as Ban, and i know he's gonna own the role, so hopefully the story's good and the drama does well.

What is this combination?

I think they're running out of combinations (or maybe she's been cut out of the succession?)🤷‍♀️

This comment made me laugh out loud. Also it is actually pretty hard to be a full time teacher in SK, so maybe she used her Chaebol status to become a teacher in a super fancy school.

Maybe it's too spoiling but she got sent to Jeju-do on an exile (thinking about it, it's funny because the province used to be the destination for disgraced Joseon princes and officials) after she argued with her dad over her life, and she said she wants to be responsible for herself, so her dad gave her a job voilà.

Nothing more to add, Your Honor.

Kim Nam-gil~~ I know that Through The Darkness was this year but I still miss him!

It was too long ago!!

And I also watched Live up to your name 😭

It feels like a long time but it did finish earlier this year.

Time --- is an illusion xD Also, we can never have enough Kim Nam-gil.

I watched Live Up to your name two times this year! And I watched Queen Seon Deok too because KNG was on it (and it ended being one of my favorite k-dramas, top 3).

I mean couldn't they give Lee Dahee a prop that doesn't have to be a sword? Like something which represents her resoluteness or fearlessness in the face of danger.
I'm floored by Sung Joon's transformation. I hope this role becomes another career milestone for him :)

Perhaps a sailing teacher, (it sounds chaebol-ish enough) , sets out on a 3 hour tour. The weather started getting rough, the tiny ship was tossed and winds up shipwrecked on Nam-Gil’s island.

Kim Nam-gil bringing his mysterious, intense game to the show.

Cha Eunwoo for sure will slay the role of the exorcist priest John Yohan! Can't wait to watch this series!