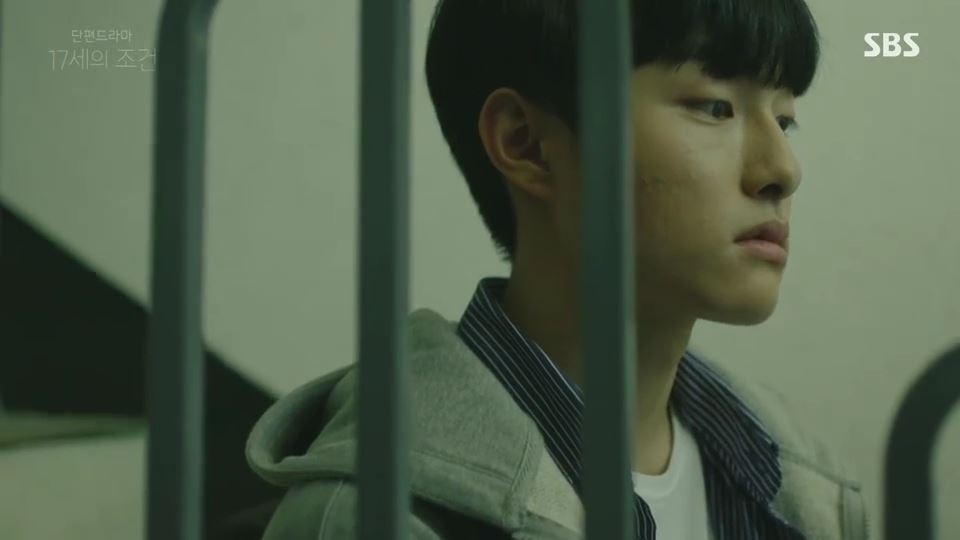 I’m not someone who can easily share about myself, so this month’s theme left me hesitating a lot despite knowing exactly what I could write. I think it would probably be easier if the “me” I found on those dramas was someone I only related to superficially. Someone that simply reminded me of the silly and unexpected episodes of my life. But the “me” I kept seeing on my screen was someone I didn’t want to see, someone I tried to grow out of, someone I desperately wanted to forget. It’s a blessing that they only appeared in glimpses, never long enough for me to relive the ugly and sharp feeling “past me” used to grapple with. But that was before I stumbled onto a new mini drama called Seventeen-Year-Old’s Condition (a.k.a. Everything And Nothing) last month.

It all started because I needed a filler watch while waiting for the my airing dramas’ new episodes, and this mini youth drama seemed like a perfect answer. I didn’t expect to find a dark gem. And I certainly didn’t expect it to hit me like a ton of bricks. 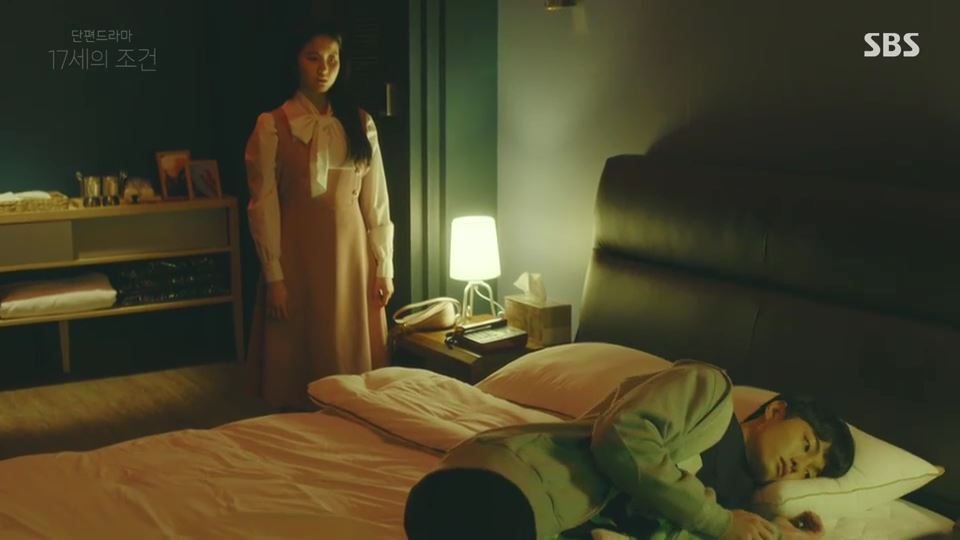 I’ve watched my share of drama characters who hide their insecurities and vulnerabilities under a tough act, brash words, or forced cheerfulness. In that sense, the heroine Seo-hyeon was a very familiar character despite the darker choices she made compared to other teenagers in youth dramas. Go Min-jae though, was someone I’d rarely seen explored in dramas. The moment I understood how he used his silence as an impenetrable armor, I felt like I was being forced to watch my younger self: a kid who spoke using their wordlessness. A kid I don’t want to see reflected on my screen.

I wanted to look away. But the more I saw Min-jae, the more I felt attached to him. I understood him and his “weird” choices and reactions so well. It felt like I could hear what he was thinking at any given moment, and I found myself wanting to see more of his painfully relatable journey.

Min-jae wasn’t the only introverted character I’ve encountered in dramas. But in him, I recognized my own tendency to avoid confrontation. It was a familiar sight to see him repeatedly swallow down a frank question or change his knowing answer into an amiable, yet meaningless, “yes”. And whenever his mother had to prod him for hours for an answer or any reaction whatsoever, it reminded me keenly of the dynamics that once existed between my mom and me. 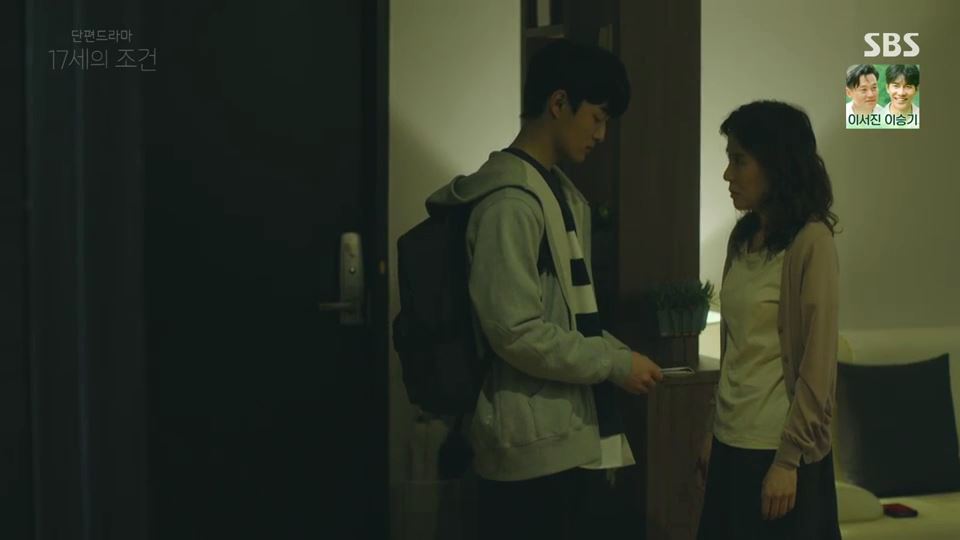 While other dramas usually interpret an introvert’s quietness as social awkwardness, with Min-jae and me, there’s a strong sense of futility behind our silence. There are rarely words adequate enough to convey our feelings or thoughts to others. Maybe we were being disillusioned too young with the knowledge that the real world is much crappier and stranger than fiction. And that knowledge colored the way we processed the outrageous things that happened in our lives.

When a certain incident with a trusted mentor happened in Min-jae’s life, he stoutly chose to barricade himself behind his silence rather than explain to his mother the real reason he quit that class. Because he never thought an educator would teach him something so base. Because he thought his mother would tell him that he only misunderstood it. And I fully understand that. If I were in his shoes, I wouldn’t be able to tell my mom either that my mentor rewarded my high score with free sex. But now, years after I started to unlearn that unhealthy habit, I saw his choice (and mine in the past) for what it was: our arrogance in assuming what others thought without ever telling them what actually happened. I could hear my mom’s words clearly in my mind while watching that scene, how she wanted me to start sharing about my thoughts and problem instead of putting words into her mouth. I looked at Min-jae and saw the long years he would need to finally grasp that lesson. 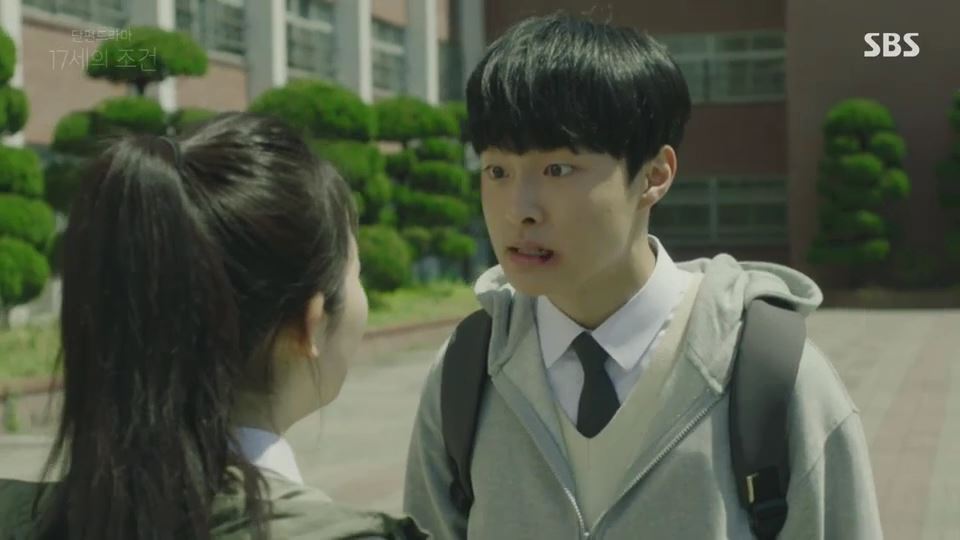 Another painful lesson I knew Min-jae had to learn was dealing with the consequences of his silence. I knew far too well that words are much like energy. We can’t just simply will them to disappear. All those words we have swallowed down will only turn into some sort of high-pressured ticking time bomb. It’s only a matter of time and the right nudge to blow up at the most inappropriate moment possible. I winced when Min-jae exploded to Seo-hyeon near the end of the drama, making crude and hurtful remarks about her life choices. But at the same time, I knew it was inevitable. I have had my own share of scorching hot anger toward the most important people in my life exactly because of my stubborn silence. The most sobering thing though, is how that anger deserted us quickly and only left behind a bitter regret that haunted us long afterwards.

We learned from that experience. It was the wake-up call I needed to start opening up to my parents and sister. It was also the moment that pushed Min-jae to repay Seo-hyeon’s story with his tale about his broken family. That tentative friendship was only one step in his long path toward a contented future. But it was an important first step. The drama left us there without a “real” solution for their problems, but I believe he will come out from his adolescent phase as a better adult. Because I looked back at the me from 10 years ago and realized that despite years of repressed feelings, I’m actually doing okay now. 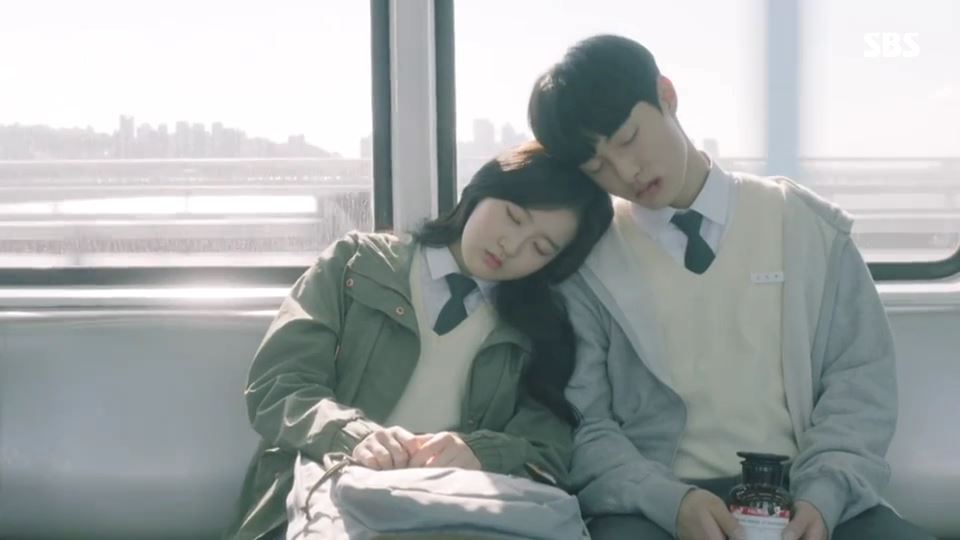 "All those words we have swallowed down will only turn into some sort of high-pressured ticking time bomb. It’s only a matter of time and the right nudge to blow up at the most inappropriate moment possible."

I felt that. It happened to me last year. It could have happened more than once if I didn't stutter when I got too emotional and blurted out all the things that's been bothering me for years.

I'm glad you're feeling okay, and thank you for telling us about Seventeen-Year-Old's Condition. I thought it was Thirty But Seventeen at first, but realized you're talking about a teen drama. Then I saw the final screencap and got confused. 😂 I was like, "Those really looked like the younger Gong Woo-jin and Woo Seo-ri." Googled this drama and the actors and my hunch was right. Finally. 😭

@gadis, thank you for writing such an introspective piece. As my husband would say, your insight is very healthy, it’s the first step to change. It sounds like you’ve changed for the better, so cheers to that! This was a really thoughtful essay and very well-written!

gadis | Waiting for the next Playlist 🏥🎶

Thank you for reading this, ally. It's kind of relieving to talk about this to someone other than my parents and sister. And writing things down does help me "see" things more clearly.

@gadis This is powerful writing. I was holding my breath for a while because I thought you were still trapped in that silence. I don’t think I can bear to watch this mini-drama but I’m glad you see it as a lesson learned.

If you haven’t seen it, you might enjoy A MOMENT AT EIGHTEEN for Ong Seung Woo’s character, who also learned to open up.

gadis | Waiting for the next Playlist 🏥🎶

I've been following the recaps for A Moment at Eighteen and like what I read (though I wish the drama focused less on the romance side of the story). Maybe I'll watch it later when I'm in the mood for introspective youth drama.

Yeah, the romance basically took over in the second half... but the first 8 episodes were perfection.

Thank you for writing this. Heck, repression was my middle name most of my life, and even now I'm stubbornly silent with family members most of the time. Like you, thankfully I'm much better now than I was, but there's still a long way to go. It's nice to know there's a chingu fighting the same fight as me.

Thank you for sharing this--something so personal and poignant and insightful--and so beautifully-written. I'm more extroverted, and so I really enjoyed reading this, learning more about the other side of the coin, so to speak. And like Toki, I had baited breath there for a minute, too. <3 <3

Thank you for writing such a personal and powerful essay.

"A young kid who spoke using their wordlessness." I totally get relate to that, and I'm over 40 years old! Sometimes it's just too exhausting and futile to explain my rather complicated feelings to my husband or family. I just shut up and quietly exude radioactive vibes of irritation or disappointment. Of course it doesn't work😂 I guess that's the risk of opening up. Whether you say it, or you don't, you won't always be understood.

But it takes immense courage to just say and be who you are, with no excuses or expectations. I was so moved by your essay because it was exactly that (and so well expressed too). I don't remember which poet said this, but it's like tearing off your face and walking into the world. And it said a lot of stuff I don't say, but think/feel a lot, in thought bubbles throughout daily convos. (I am so glad my subconscious does not have subtitles.)

Thank you Gadis for sharing this personal post :) .
As an introvert, I could relate to some of those things. Been on that opening up journey since childhood and I still have a long way to go.
It's nice to read that you opened up and that you're doing okay now ^^ , hwaiting for the rest of this journey.

This piece really struck a chord in me. Most people who meet me for the first time only see my "extrovert" side. They see someone who might talk too much or have a lot of opinions on so many things but what I really think or what I really feel, I tend to keep to myself.
When I feel hurt, when I feel overwhelmed, when I am angry... I usually shut down.

I would rather keep everything bottled up and put up a wall of silence that let loose. I am so afraid that I would say something that I could never take back.

I am a firm believer that our words have impact. Each word carries weight. The're so many things we can say that can hurt and we have to really think before we say something. A careless word can break a relationship. However, we also need to be able to express how we feel. We have to put into words what goes in our heads since the people around us are not mind readers and only when we open up can we really form meaningful relationships.

I am so happy that you are now slowly opening up to the people around you. That is a sign of progress and with time can include more people.

Again thank you for this very open and insightful essay.