This quirky fantasy drama is pulled from folklore and tells the story of a fairy who married and lived in the mountains. After waiting 699 years for the reincarnation of her husband to appear, two men appear in her life, one of which may be the husband she's long been waiting for.

This quirky fantasy drama is pulled from folklore and tells the story of a fairy who married and lived in the mountains. After waiting 699 years for the reincarnation of her husband to appear, two men appear in her life, one of which may be the husband she's long been waiting for. 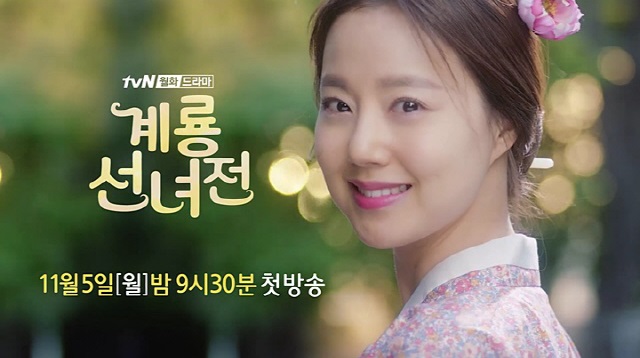 Despite my niggling distaste for the original fairytale, the first teaser for Mama Fairy and the Woodcutter (also known as Gyeryong Fairy Tale) gives me hope that tvN’s adaptation will do justice to the source webtoon’s witty, satirical, and modern interpretation of the classic fable.

In the parable, a woodcutter steals a fairy’s clothes to prevent her from returning to the heavens, offers to clothe and to provide for her, and thus gains himself a wife. In the webtoon, the fairy is 699 years old, works as a barista on Gyeryong mountain, and has a magical appearance–she looks like a grandmother to most, but to a select few, she appears as a beautiful young woman, her true form.

Moon Chae-won (Criminal Minds) has been cast as the fairy, and while her last few projects have failed to showcase her abilities, the brief promo video makes me hopeful that this character will bring out her best. Her daughter, played by Gugudan’s Mina, narrates the folk tale as actual stills from the webtoon flit by. The audio speeds up until the part where the woodcutter and fairy get married and live happily ever aft… at which point she stops abruptly in disgust and asks, “Mom, is this a true story?!” Ha. The clip ends with Moon demurely saying, “I’m eagerly awaiting the reincarnation of my husband.”

Yoon Hyun-min (Witch’s Court) is cast as a potential suitor, and while we’ve seen little of him in the role, I like their pairing on paper and can’t wait to see the chemistry they’ll bring to the screen. Rounding out the cast are Seo Ji-hoon (Misty) and Go Du-shim (My Ajusshi). The latter is playing the older version of Moon’s fairy, and I can’t wait to see how the two talented actors interpret the same role.

Mama Fairy and the Woodcutter will be directed by PD Kim Yoon-cheol (Woman of Dignity) and will be tvN’s next Monday-Tuesday drama following 100 Days My Prince. It premieres on November 5. 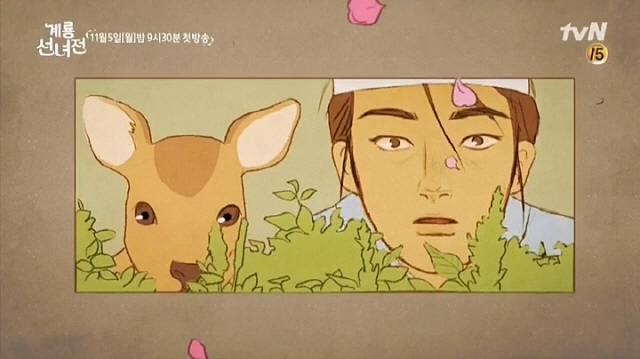 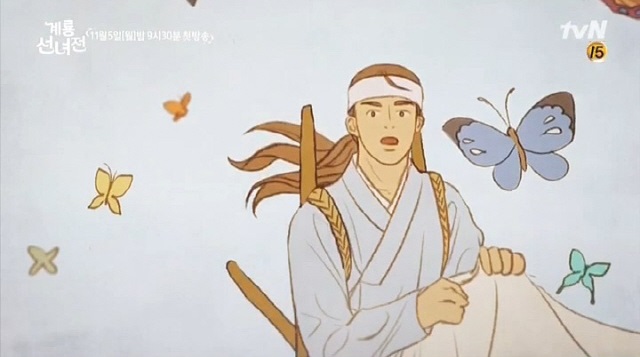 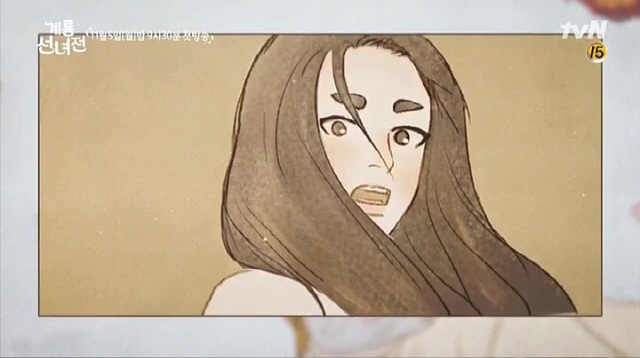 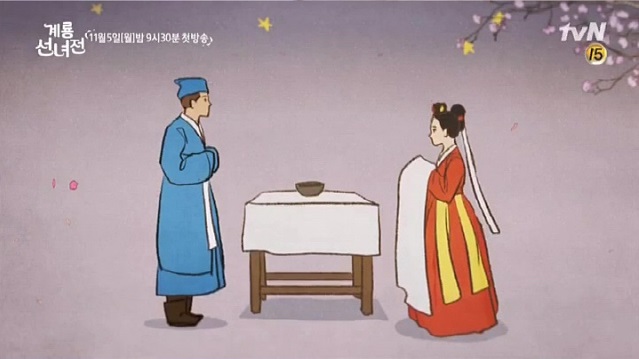 Wow, how did I miss this show? And it has Yoon Hyun Min?
I like the pairing and I like the description. I'm eager to see how they reinterpret this.

I'm not really familiar with any of the work of these actors, but I love a good fairy tale. So on my watchlist it must go.

Looking forward to this; no girl would miss a fairy tale or fairy godmother 😊

Love love love Moon Chae-won in costume dramas.
Her last few dramas has been a disappointment.
Please be good!

The one narrating the video is actually Gugudan's Mina, who plays Oknam's daughter, btw.
I'm excited for this drama.
This webtoon is lovely.

Thanks so much for the corrections! I knew I had trouble with faces and now I know that I have trouble with voices too!

The folktale made me think of Ceres: The Celestial Legend by You Watase, one of my all time favorite mangas, so that alone has my interest piqued. Will give this a shot.

I couldn’t agree more. I remember watching the anime subsequently going on to read the manga! It was fantastic except maybe a little more gory and darker than I am expecting this drama to be

True, I don't expect this to be as dark as the manga. I would be shocked if it were. I've never watched the anime though. How is it compared to the manga?

Ahhhh so excited for unni's return! I just hope it doesn't disappoint!

I love her. It looks like it's a good fit.

One more month to go! Been waiting for this drama. Excited to see Yoon Hyun Min in a new role.

I'm not sure about the OTP, but Moon Chae Won looks so pretty in the teaser. ^^

Yoon Hyun Min and Moon Chae Won are both actors I like in separate projects they did. I am iffy about the fairytale since her "husband" doesnt seem like a good person. Hopefully the story will have a good twist from the fairytale and end up good for both leads sake.

if they follow the webtoon, as they should, there is going to have a twist. the webtoon isn't the same as the folktale... at all.

That is good news. I am not sure I will be onboard them getting together when the husband seem manipulative and somewhat mean-spirited.

Oh! I remember the twist! I didn't know it was a spoiler. It was described in an earlier post about this kdrama.

If that's true then this version is going to be super fun!

Been waiting for this drama since June!! can't wait to finally see it next month :)) love both MCW and YHM and looking forward to seeing their chemistry!

We have been accustomed to high expectations because of raised standards. Pls shine beyond your beauty this time round. Good luck.

I agree, I LOVED her in the Princess'Man and have been waiting for her to do such a prominent role ever since. I hope this Drama is it

I'm so happy for Seo Ji Hoon in his first second lead role.

This is his second lead role - the first one was in OCN's Longing Heart. 😊

I fear this drama will be like Bride of the Water God so I'm not looking forward to it. I was once burnt by BOFTWG and I'm still haunted by memories of it. They destroyed a promising manhwa and created a boring and annoying modern drama without a plot and fantasy elements.

Actually here in Indonesia we have the same folktale where a man living in the woods stole a fairy clothes when she was bathing..interesting! Will definitely check this one out