Top episode so far!! The amount of times I hit the replay button 😂😆Also so much happened in this one episode!
#Vincenzo
#VincenzoBlowingMyMind
#BestEpsiosdeSoFar
#BestStressBusterAfterATiringWeekend 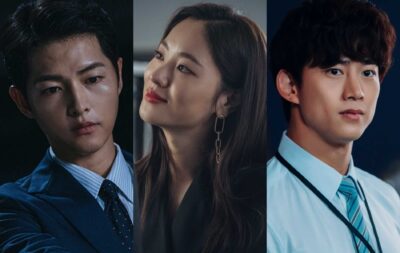 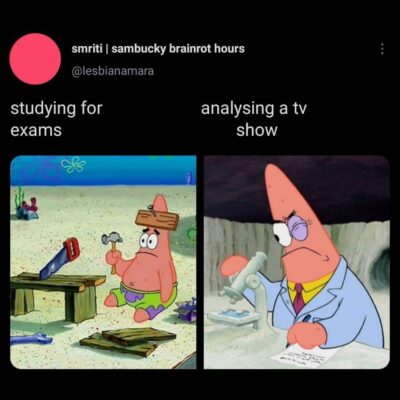 Vincenzo is so ridiculously crazy that it\’s fun. It\’s giving me a much needed reprieve in-between my studies XD

Same. It’s wacky and extra and a great stress buster in between exam prep and studies

Exactly the kinda drama I needed especially since this semester’s been so tough. My only wish, the episode length should have been shorter. The nearly 1.5 hr episodes makes it difficult for me to take out time for it😕

I have the same complain. I can usually slip a 1 hour episode in between my meals but 1.5 hours tests is a bit too long

once I let go off my initial impression from the teasers after watching the first two episodes, I am really really enjoying this drama so thoroughly. Its so crazy and over the top I just loveeee it. I didn’t know I needed this from the drama 😀

Yes same. The premier didn’t leave a very good impression on me but I stuck it out because beanies said it was some crazy fun and I’m glad I did, it’s exactly what I needed xD

Hello Beanies. How\’s the day/night going so far? I\’m in need of some light cute and short shows to watch in-between my studies. I started the Office (American version) but so far the first season is meh (though I already ship Pam and Jim(｡♡‿♡｡)) I\’m not feeling it! So any other light cute sitcoms of not more than 20 mins long episodes would be great (but not Friends, HIMYM or B99).

goldbergs, or older i dream of jeannie, bewitched .. there is this one too.. they canceled it but i found it funny the grinder

Or another oldie.. bbc hustle, or us burn notice

Wanda vision is not really “light.”

What is the point, even death can’t do them part 🙂 .. at best when they have existential crisis they crib about being super powerful

Will check these out. Thanks.

Parks and Recreation, although I would advise you to skip the first season altogether. It wasn’t good at all. the show was amazing season 2 onwards

But what about the intro then?

Have you ever seen Phineas and Ferb? Technically, it’s a kids show but I enjoyed it as an adult.

Haha I have seen a few episodes when I was young. Now will give it’s try as an adult too 😀

Ohh. I didn’t know the episodes are 20 mins long. I thought it has 40 min episodes. Thanks will check it out 🙂

That show is hilarious and amazing and I love every single character.

I really like Call Me Kat. Its about a woman who quita her job as a university professor and opens a Cat Cafe after her father dies. The show starts with her already working in her cafe so you mostly miss the drama of her father dying. So far the angstiest thing for me is there doesnt seem to be a door between her cafe and her apartment.
I also suggest Superstore.
A young man starts working at a walmart kind of store. Its funny!

Very different suggestions!! Appreciate them Isa. Thank you. Will defo check out both of them 🙂

Hey beanies. Many American medical television series are incorporating the pandemic into their show. The Good Doctor is doing it too, hence I\’m not watching their latest season. Does anyone know if Hospital Playlist plans to do the same? Because if they are then imma not watch it. It\’s just too soon and too close to home.

I really hope not 🥺

Honestly, it’s a toss up but I would think so. It kinda can’t be avoided.

Omg do any of you follow doctor Mike? I really enjoy his videos. They are fun and informative. And he did one on Hospital Playlist. Yaaay. I haven’t watched it yet but needed to share it here

Omg I just watched the first min and HE LIKES THE CHEST COMPRESSIONS WHY DOES THIS MAKE ME SO HAPPY!!!??

Where are all my desi beanies at?😂

This is way too accurate 😂
Except that I love that kdramas have only 16 episodes.

Plus me and my friends who watch kdramas have at least once heard, “You should just go to S. Korea”. I rofled over the many suggestions and friends always saying “I’ll just watch Friends.” Seriously all of them watch Friends again then take our suggestions😂

I also love that kdrama is only 1 season of 16 episodes. But on rare occasion, i have also been in withdrawal after drama ending and cursing that there is no second season 😂

I really like FilterCopy. I have put it on my watch later list. Also Buzzfeed India also did a video on kdramas

This is hilarious! But also very cringey. I wouldn’t recommend most of the dramas that they have mentioned, but I still consider myself a drama fan. 😁

It was so real!
I didn’t believe in that couple, you know? I only wanted them to be friends… but then that scene happened and I was totally sold. I needed them to be together!!

Drama you finished for the OTP

I think so many of us Dinner Mate viewers fall 100% into this category!

Me too!! Both!!
But I loved much more Dinner Mate. The last part of Never Twice made me wish for a meteorite to fall directly on the Na house and and made them all vanish for good!

-365:Repeat the year (there wasn\’t any romance here persay but their friendship and partnership was so great that, atleast I, shipped them a lot)

I didn’t know Good detective had a romance! And a good one!

– When Jun Wan squees and hops around in excitement after Ik Sun agrees to date him.

YYS using a maraca as a micro is just priceless!!!

Lee Jang Woo is also my favorite character of his. I wish he came out more in that role!

DAY-18–One you want to rant about

“Doggedly chasing after the truth and marching towards what’s right is a never ending process. To stop, even for a moment, is to fail. Marching towards change is like having two needles as your feet with an invisible thread trailing you, never stopping for a breath as you march on. “IN THE BELIEF THAT A HANDFUL OF HOPE IS BETTER THAN IMMEASURABLE DESPAIR,  we move forward with unwavering determination once again.

-The lines in the scene in the first few episodes where Hwang Shi Mok points to Kang Won Cheol that letting go of those two social media stars before proper process etc., even when they would most likely be released later after their case has been properly processed, was a disservice to them as it robed them off the opportunity to deeply reflect and think about the consequences of their actions! It reinforced the unfair power of their money and prestige!!

-And this dialogue from the last epsiode: 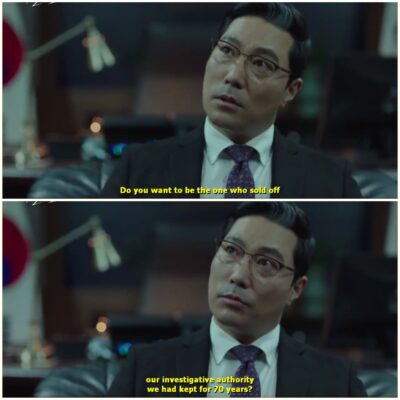 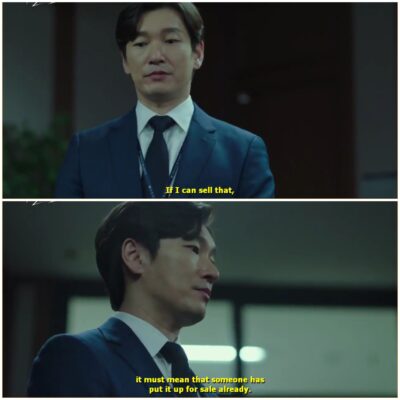 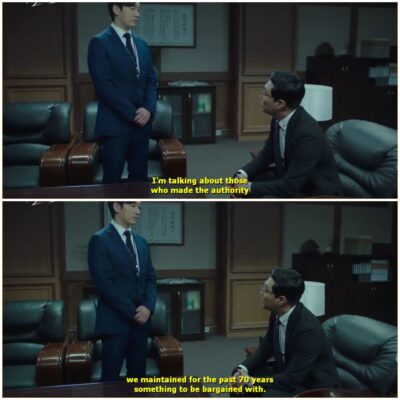 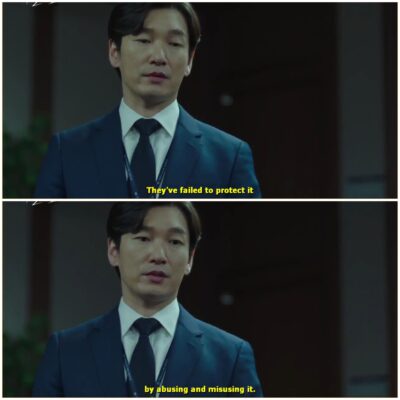 All of the lines in this show were the best

You reminded me I need to schedule some time to rewatch it.

DAY-15–Secondary Character you will not forget

-Im Hwi from \”when the weather is fine\”

-Lee Jang Woo from \”When the weather is fine\”

DAY-14–The drama that could have been but wasn\’t.

Yes, both of them.
Still I really liked at the end Dinner Mate because the OTP chemistry was perfect.
I really wished Hi Bye Mama! hadn’t spent so much time going round and round and had tried to heal all the characters during those lost episodes.