ps. junghwan i love you 🥺 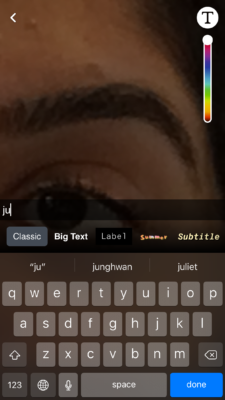 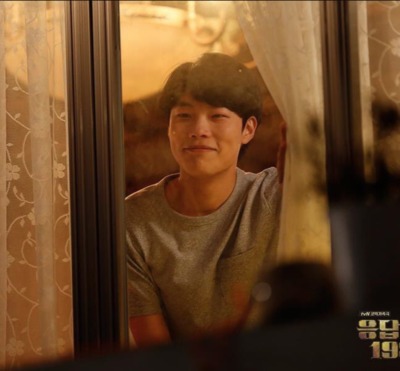 I was just watching snippets of this lastnight. I was having Bo-gum withdrawal. I found this… https://youtu.be/dv4YIPrqONs

🥺🥺 love that vid sm!! even tho i’m team junghwan (i am still not over him, it’s crazy), i could never be mad or hate taek– he’s so pure. i think deoksun had to choose the person who was more courageous. but ugh it just kills me so much that all that kept junghwan from his first love was “that damn timing” *insert flood of tears* — i still cannot finish episode 18 without crying

I’m on Team Taek but I feel you..
I’m glad that RJY and Hyeri are dating in real life though.

yes, thank god! i always thought they really liked each other in interviews, they always had good chemistry and DON’T GET ME STARTED ON THE TV10 AWARDS, i DIED AHHH. i’m happy oppa got the girl in real life :))

it’s officially 10:30 am, september 17 in korea, which makes today the 32nd anniversary of the 1988 olympics, which were held in seoul. MEANING… today is my favorite character, sung deoksun’s birthday!!

i don’t really know why i love reply 1988 SO MUCH that i think about it this often— maybe it’s because the show made ssangmun-dong and that year so full of heart and such a happy place that i miss watching it so much, i really felt like i’d lived with the characters after that. i just got super excited today (and am now listening to hand in hand by koreana to commemorate the olympics 😎)

anyway, deoksun is my absolute favorite character i’ve seen in a drama. she’s very kind, made me laugh like crazy, and she’s so relatable. there’s also something about her character that makes my heart ache— she’s not the brightest at school, she’s poor, she has boy troubles, and is the middle child. i teared up when she cried, because there’s just something about her that makes me want to always root for her. many people also complain that her character in later episodes didn’t show her feelings abt the husband situation, which i totally get (and am also STILL heartbroken abt my second lead who is my fave male character in a drama T_T), but you have to remember that she’s still young and unsure how she’d feel. in the end, reply 1988 does have a few flaws (like deoksun), but the show is so warm and wholehearted (also like deoksun) that i wish i could watch it all again for the first time and relive those precious moments again. 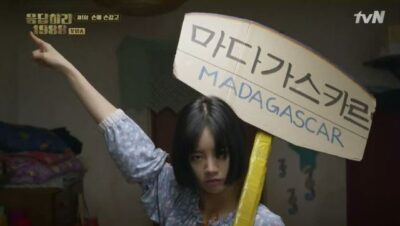 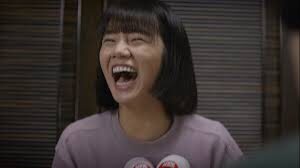 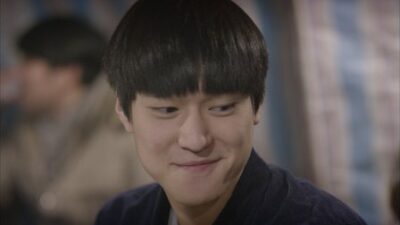 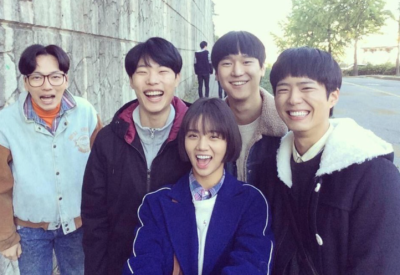 …you made me realize it’s the main character from my favorite drama’s birthday, too! 😂 September 17th is a good day! And she was actually born in 1988!

omg which show’s ur favorite?

My favorite Kdrama of all time ❤️❤️❤️

Happy birthday Deoksunnie! 🎂🎉🥳
I hope she gets her own cake 😂

Wow, thanks for pointing that out, it makes me realize that I was hosting a Korean Olympics Opening party 32 years ago tonight 🤦🏼‍♀️ omg I’m so old. I served bulgogi (can’t believe I could even find bulgogi sauce here in 1988) and kimchi and had embroidered Olympics logo handkerchiefs (I had bought in Seoul) for all the guests. Amazing. I was so happy to see 1988 the Show.

repost, every time i try to edit smth on my fan wall it becomes blank :/ but anyway i’ve been laughing the whole day at this video OMG lee kwang soo is the funniest HUMAN ON THIS PLANET ASFDHFSGSH

OMG this was so funny!! I don’t know how the crew can shoot them without breaking down (they evidently can’t 😂) Even the cast couldn’t stop laughing

having a rough day, so i watched some clips from running man to lift my spirits. i stumbled upon this vid from the episode where the members’ families (and friends) came on and i’m DYING at haha’s friend geun sik i lost it at “don’t put your feet on the table”

i’m gonna start posting more music recs on my fan wall bc a) it’s just really fun! and b) db is way more open to listening to korean music than my friends *rolls eyes*.

my first recommendation is the song destiny (인연) by lee sun hee, which was made for the king and the clown ost. this song is 15 years old, but i just discovered it about a month ago, and it might be one of the most beautiful songs i’ve ever heard. i don’t even think you need to have watched the king and the clown or even know korean to know how emotional and meaningful this song is. i’ve really liked other songs by lee sun hee but “destiny” is on a WHOLE nother level, and if you haven’t listened to this, you’re missing out!!

also i found out a couple days ago that the auditorium i (with my choir) performed in at carnegie hall is the SAME STAGE that my idol LEE. SUN. HEE ( and even lee seung gi !!! bc he made a surprise appearance) PERFORMED ON. i freaked out for a good hour or two because WHAT IF I LITERALLY STOOD ON THE SAME SPOT AS HER?? made my whole day and i’m so starstruck.

I really like Lee Sun Hee. She did an episode of Yu Huiyeol’s sketchbook and I converted the YouTube clips to mp3s so I can listen to the renditions of the songs she performed. They were so beautiful and her voice is amazing. I was actually thinking about her a lot the past couple of days so it’s funny you posted about her LOL.

It sounds like a Cdrama ost…
I love it!

@ally-le this song is super underrated, it’s not an ost but is a bgm for reply 1988 (there used to be a rly cute mv on youtube but it got taken down!!) but tonight we are together by oh seok jun is areally nice and slow love song, highly recommend

Glad you’re enjoying this! It’s making me smile every time I see one!

hey @ally-le, i tried editing my confession is not flashy post but it wasn’t working for some reason, but anyway linked is the hospital playlist version by kyuhyun!! i also really like the original by lee seung hwan

This is the only drama I actually managed to watch while I was away from DB and I LOVE THIS SONG!!

I also love the version our band plays!

@ally-ie and another one has to be you are my everything by gummy from the descendants from the sun ost. i’m just gonna attach a screenshot of this list bc there are too many songs to talk abt LOL

Lol, the spreadsheet! You’re mine kind of people.

GIRL, if you think that’s a spreadsheet, then you’re not ready for my kdrama spreadsheet! my friends are terrified of that– it’s color-coded by total score, and has subratings for the romance, humor, sadness, chemistry and OST and info like where you can watch these shows, # of eps, tags, genres and a bunch more. made that when i was fueled by coffee one day.

if i put as much effort into school or college apps like i did with kdramas, i’d be valedictorian by now. too bad school has a lot less oppas and joy *sigh*

@ally-le some others on the list were all for you by jung eun ji + seo in guk (reply 1997 ost – originally by aloha), you’re my garden by jung eun ji (strong girl bong soon ost)

totally! i watched strong girl bong soon last year and reply 1997 this year but had no idea she was in apink and such a talented singer– i thought she was just an actor! my jaw dropped when i realized she was the one that sang you’re my garden

LMAO one day i was listening to this song and then i saw the singer was jung eun ji and i was like “… is it that jung eun ji? no way” and then i googled it and freaked OUT!! the same thing happened with kim chang wan– i never realized the actor from my love from another star was the same legendary lead singer of sanullim i just thought two guys had the same name HAHA

Ahhh! This song and this show 🧡

first fan wall post! hi @ally-le, the first song i thought of was perhaps love by howl + j (goong ost) — this might just be my fave ost ever? i made a whole list of songs but forgot abt the limit lol!

Just keep posting them one by one all weekend long!
Great choice! Great show too!

Azzo, this song is for you!

One of the firsts kdramas I’ve watched!
Thank youuu 🎆