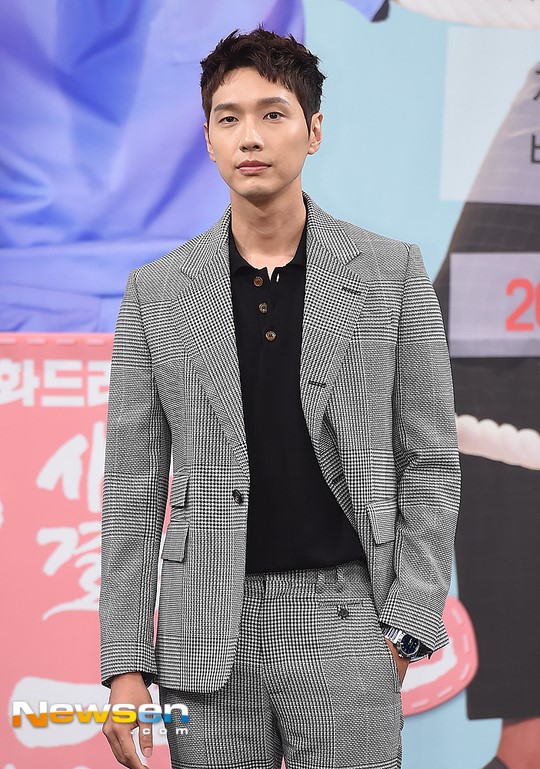 MBC has announced that they are in final talks with actor Ji Hyun-woo (Risky Romance, Thief-nom Thief-nim) for their new weekend melo drama, Love in Sadness. If Ji Hyun-woo signs on, he will be playing the male lead, Ohn Ji-sung, a man who loves with a pure heart.

The drama is described as being the story of a romance with life and death consequences. The main leads are a woman who is being chased, a man who is chasing after her, and the man who helps to hide her from her chaser. There will be perilous pursuits, secret desires, and social commentary.

The drama is a remake of the 1999 Japanese drama Beautiful People, written by Shinji Nojima. MBC acquired the rights in order to remake the drama for Korean audiences.

Though Love in Sadness is still in pre-production, the drama’s production company DK E&M has raised plagiarism concerns against the SBS drama Let Me Introduce Her. Though SBS denies the allegations, DK E&M stated they will start legal proceedings against SBS due to the similarities between the SBS show and the original drama Beautiful People.

The drama is scheduled to air in February 2019.

Why have I lost hope that Ji Hyun-woo is going to stumble upon another Queen In-hyun's Man? If this man accepts this drama, I hope it becomes a highly-rated masterpiece.

After the disaster of Risky Romance, I would settle for him doing something even just mediocre.

He really was incredible as Kim Bong do. It sounds like I did the wise thing by staying away from any of his other works, but he was so indelibly spectacular in that role that I couldn't bear to supplant him.

Glad to know there are so many fellow fans rooting for Ji Hyun-woo. :-)

The genre doesn't appeal to me, but if it has well done thriller elements, that might make it more enticing. I'm curious about the writer and production team behind this drama. Not to mention the other lead actors. Until we get more details, it's still too early to tell how this drama could pan out.

He was great in Angry Mom; of course, he wasn't the protagonist there, though.

awww queen in hyun's man was so good lol

And by Beautiful People, we're talking about Utsukushii Hito right? I watched it a few years ago, but IIRC it was about a woman who gets plastic surgery to hide from her violent cop husband. Both the surgeon and the woman fall in love. Seems like this drama will diverge from that concept quite a bit.

Thanks for the background on the original Japanese production. I'm getting a vibe of GANGNAM BEAUTY crossed with LIFE ON MARS, minus pseudo-time travel, but with extra added psychopathic serial killer. Methinks Ji Hyun-woo's character is going to need a truckload of talismans. ;-)

Haha. The husband was played by one of my favorite Japanese actors ever (Osawa Takao), but in this he was an irredeemable, abusive piece of work lol.

Hello
I think the lawsuit is about the drama Let Me Introduce Her. I watched it couple of weeks ago and that's what the story line was about. But instead of a cop the husband was a popular news caster.

Thanks for your casting news for Ji Hyun-woo, @stroopwafel. It feels like a million years since he's been in a production that I've been itching to see, although AWL is on my to-watch list. I've resorted to rewatching QUEEN IN-HYUN'S MAN. He was simply terrific as time-traveling Joseon scholar Kim Boong-do. Not sure whether I'm up for a melodrama.

JHW is one of my fave Korean rock guitarists. Check out his work with The Nuts.

Same! @pakalanapikake Awl has been on my list for a long time, it's been a challenge to find it stateside

I had a huge crush on him after QIHM but he hasn’t been in a successful project since then..,

Perhaps it's just a matter of timing, and the stars aligning the way they did for QIHM. Fingers crossed. ;-)

he is MBC boy is it..
is this the same guy from outside of my blanket? 20th century boy=girl second lead?