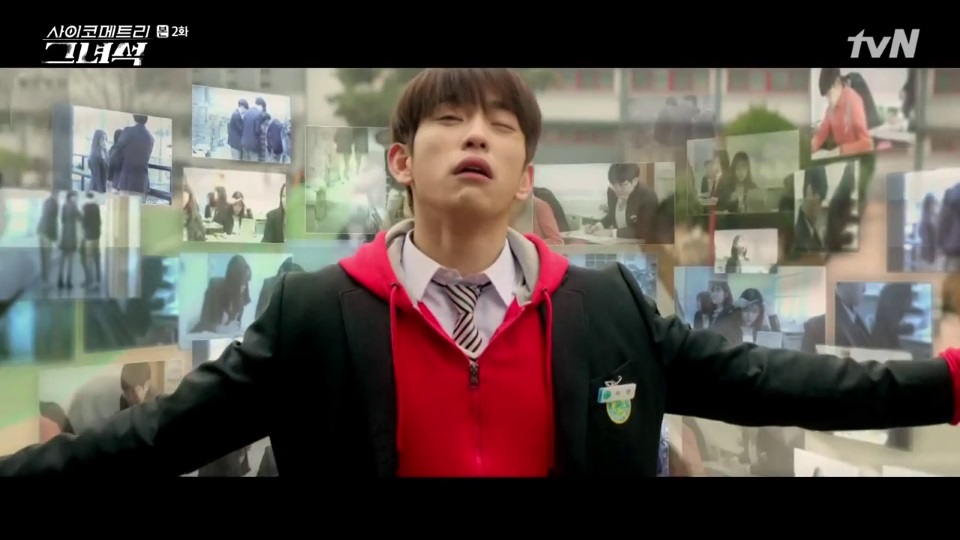 If you were to ask me about my life so far, rather than a long coherent story, what I’d tell you would be a series of anecdotes – random incidents that remain in memory and made me who I am today. As a somewhat recent fan of K-dramas, this is also the manner in which I recall dramas and relate to the characters and scenes in them. Sometimes, it’s a personality trait, habit, or quirk of a character that resonates with me. Other times, it’s something that someone in dramaland is going through.

One of the scenes that made me exclaim, “Hey, that’s so me” was in Producers, when Seung-chan’s mother is impressed with Cindy after meeting her at the trash sorting area. During that conversation, I could totally see myself in Cindy. As someone who’s long been bothered by the amount of trash we produce in our daily lives and tries to minimize it, the trash sorting/recycling scenes in K-dramas have contributed quite a bit to my K-drama fascination. At one point, my top reason for wanting to visit South Korea was to be like a K-drama character who sorted things properly and put garbage in the right bins.

When Woo-shik tries to focus on writing a new song in Woohoo Waikiki 2 and gets distracted, he was me. I too have procrastinated by spending time cleaning and arranging things, looking up something and getting lost on the internet, and “sleeping for a few more minutes in order to feel refreshed and work with full concentration,” only to wake up much later than I wanted to, and feeling sleepier. In fact, I am procrastinating right now, but as I have finished most of the work I had to, I think I can afford to relax for just a bit more.

Sometimes, innocent casual remarks made by people can change your life or affect the way in which you perceive yourself. In Let’s Eat 2, when Soo-ji reveals how much she’s been scarred after overhearing Dae-young talking to his mother, I understood her pain. Back when I was in high school and still trying to get used to puberty and the changes that accompany it, a casual question that a friend asked me made me wonder if there was something seriously wrong with me. It changed the way I perceived my body and altered my dressing style. I felt unattractive. I wanted to cover myself up as much as I could, and it was years before I could feel better about my appearance and know that I was not as horrible as I thought I was.

When I started having crushes and realizing that I found boys attractive, I wanted to doll myself up and look good in front of them. More often than not, I ended up looking like Deok-sun in Answer Me 1988 when she tried to doll herself up with makeup.

Having spent the major part of my formative years in the same neighbourhood, the world of Answer Me 1988 was one that felt somewhat familiar. Some of our neighbours moved out and others moved in. We kids hung out together until we were called to our homes at meal times, resuming our games and conversations afterwards. Adolescence brought with it new feelings and sudden awareness that the friends I had played with for all those years were also boys. Revisiting the place years later, I was filled with nostalgia when I found it changed beyond recognition. This must have been what Deok-sun felt, going back to Ssangmun-dong at the end of the series.

Bora’s relationship with her father at times mirrored mine. I used to be closer to my father while my brother was closer to our mother. But as I grew up, our relationship changed. I was no longer the little girl who went crying to her daddy when she got hurt or was scared. I also argued with him and shouted hurtful words at him. A few years ago, I met my boyfriend and we soon decided to get married. I initially told my parents about my boyfriend, trying my best to present my case calmly the way Bora did to show them how serious I was. My parents’ initial acceptance was followed by some drama, as my boyfriend is younger than me and we are from different cultures. But now, our families have accepted us and I’ll be having my wedding in a few months. As I re-watch the interactions between Bora and her father (played by Sung Dong-il), I feel lucky to have a father who cares about me and watches over me and supports me. Though we don’t have long conversations all the time, I know that I’ll always have his blessings and support. The wedding scene in Answer Me 1988 never fails to make me tear up, and I hope I’ll also be able to tell my father how much he means to me. That even if I’m married and have a family of my own, I’ll still be his daughter, the little girl he sang to and told stories to, the one he patiently listened to and watched over. 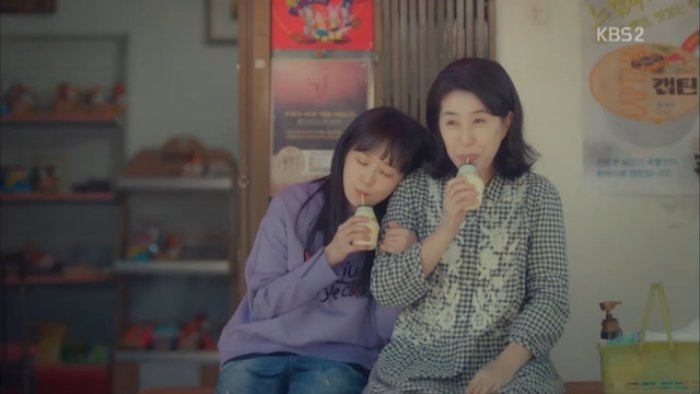 Like Nora in Twenty again, my mother resumed her studies when I started college. And like her son, Min-soo, I found it awkward and initially tried to keep it from my friends that my mother was also attending classes in a university. It took me longer than a year to accept it, and even then I did not help her as much as I could have. The passing years have brought me closer to my mother and made me appreciate her. Much like how Jin-joo learned to appreciate and cherish her mother in Go Back Spouses.

Like Bo-young accidentally riding a barrow in You Who Forgot Poetry and So-young falling into a giant wine glass stage in Baby-faced Beauty, I am clumsy and accident-prone, and have fallen from bicycles and down the stairs while my mind was elsewhere.

I shudder when a shy or introverted character is forced to talk or meet with new people. I never got past the first episode of Introverted Boss mainly because of this.

When noonas try to figure out their age difference with dongsaengs in terms of what the dongsaeng was doing when the noona was a certain age, that’s me too.

There are lots more of moments, big and small, that remind me of myself and my experiences. I will continue watching and bingeing on K-dramas and will look forward to characters and scenes in future K-dramas that will make me exclaim, “Hey, that’s me!” 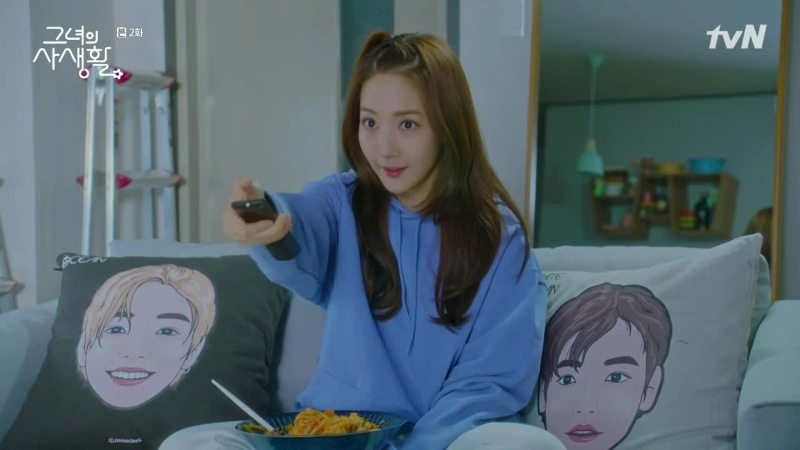 Your life sounds interesting enough to base a kdrama! And congratulations on your soon-to-be marriage! @ems132

Thank you, @ally-le! I've long been a lurker on this site and often find the comments section here equally or more entertaining than the dramas I'm watching. This is the first time I'm commenting here - I was super excited to see that my post had gotten published, and even happier to see comments from people whose names I recognize from my lurking. Thanks once again for your kind words.

I thoroughly enjoyed this--thanks for sharing, ems! I feel like you tapped into something that I, too, really love about dramas. Although sometimes for me it's hard to find a single character or scene that is "me," there are a lot of tiny details that resonate with me on a personal level. Small grievances, rites of passages, awkward stages, overwhelming feelings. I love that dramas don't shy away from showing these---even from giving these small things the screentime they deserve---and I love that you saw yourself in so many. <3 <3 <3

Thank you! There were more scenes I wanted to write about, but couldn't, as I nearly ended up re-watching dozens of dramas trying to recall them.

hehehe its the best kind of rabbit hole :D

Thank you for sharing! And I wish you many happy memories to share with us in years to come

Thank you very much!

what a great read, @ems123 !
and congratulations on your soon-to-be wedding !
may it be everything you've wanted and more!

Thank you very much :) I'm sure my marriage will be great, with all the blessings and good wishes the beanies here are showering upon me.

@ems132 You've gone through so many relatable kdrama moments! If your life translated into a slice-of-life, coming-of-age kdrama I'd totally watch!

Thanks for your kind words, though I don't think my life would make that interesting a kdrama watch. It's more like a sit-com or a variety show.

Thanks for sharing this wonderful write up and your life stories! It was fun to read them ^^! Congratulations and all the best for your wedding!

Thank you very much. Glad you found it entertaining.

Congrats on your wedding! Hope it goes smoothly @ems132 I think part of the reason why we love Kdramas so much is that they're so relatable.

I think there's a bit of Deok Sun in almost every girl. Very well-written post by the way!