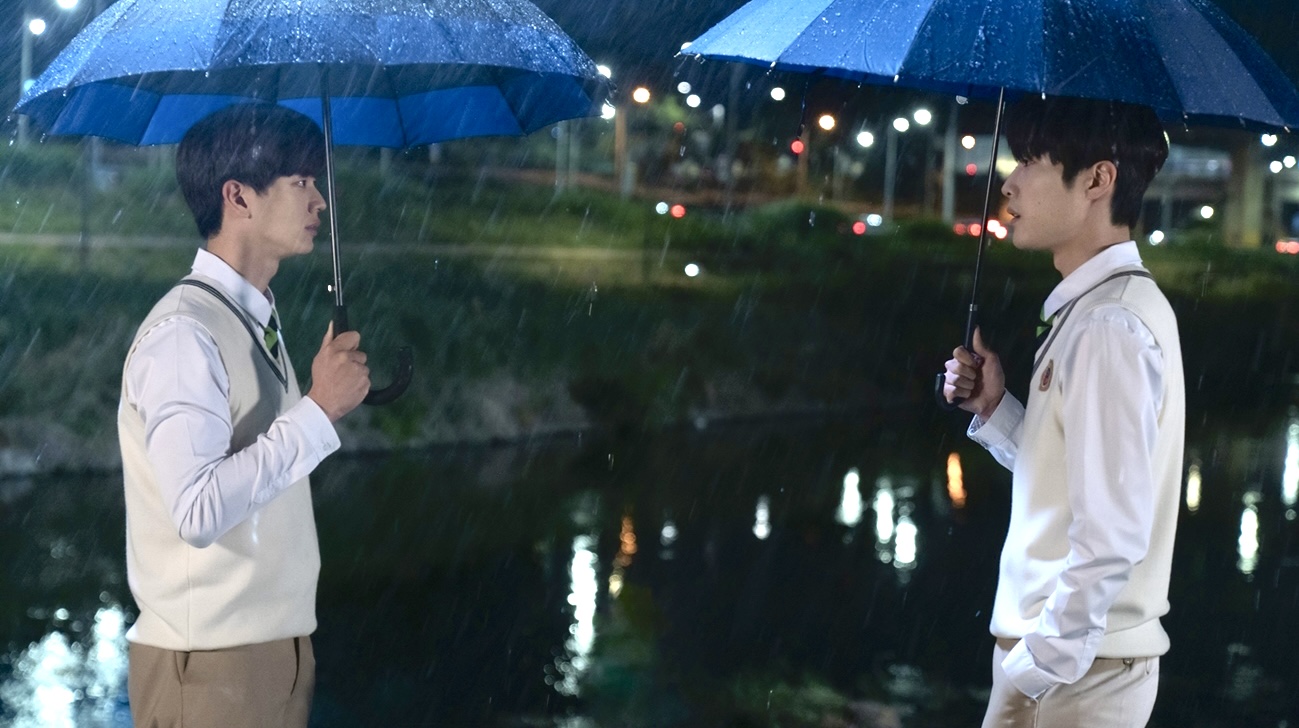 It’s finally premiere day! MBC’s fantasy drama The Golden Spoon continues to deliver on the teasers, as if I wasn’t excited enough already. Based off the webtoon of the same name, the drama follows poverty-stricken high school student Lee Seung-cheon — played by Yook Sung-jae (Mystic Pop-up Bar) — as he harnesses the power of a mystical golden spoon to turn his life around.

Lee Jong-won (Hospital Playlist 2) plays Hwang Tae-yong, the rich chaebol son that Seung-cheon magically trades places with. The rest of our main cast is filled out by Jung Chae-yeon (The King’s Affection) as Tae-yong’s fiancée Na Joo-hee, Yeonwoo (Dal-li and Gamjatang) as goddess-like beauty Oh Yeo-jin, and Kim Kang-min (To My Star 2) as bully Park Jang-gun.

“Humans are equal,” or so the gods, the philosophers, and the laws say. However, Seung-cheon begs to differ — everyone knows that equality only exists in textbooks. Seung-cheon’s latest delivery job takes him to a cram school, a place he can only afford to step foot into as a delivery boy and not an enrolled student.

In a world ruled by the rich, a person’s position in society is determined by their level of wealth. A montage of our cast shows their various ranks — Park Jang-gun is level 260, Oh Yeo-jin is level 340, and richest of the rich Hwang Tae-yong is at maximum level.

On the other hand, Seung-cheon has maxed out his level too — but from the bottom. He struggles day by day to make ends meet, but while he’s still hanging on by a thread, the same can’t be said for his friend Jin-seok. Poverty drives Jin-seok and his father to take their own lives, leaving Seung-cheon wailing over his friend’s dead body.

To no one’s surprise, the rich have little empathy for the poor. Jang-gun shoves Seung-cheon and sneers in his face that Jin-seok humiliated their elite, private school. Oh, won’t someone think of their reputation!

Helmed by PDs Song Hyun-wook (The King’s Affection) and Lee Han-joon (Check Out the Event), with scripts penned by Yoon Eun-kyung and Kim Eun-hee (Prime Minister and I), Golden Spoon premieres tonight, Friday September 23, on MBC. 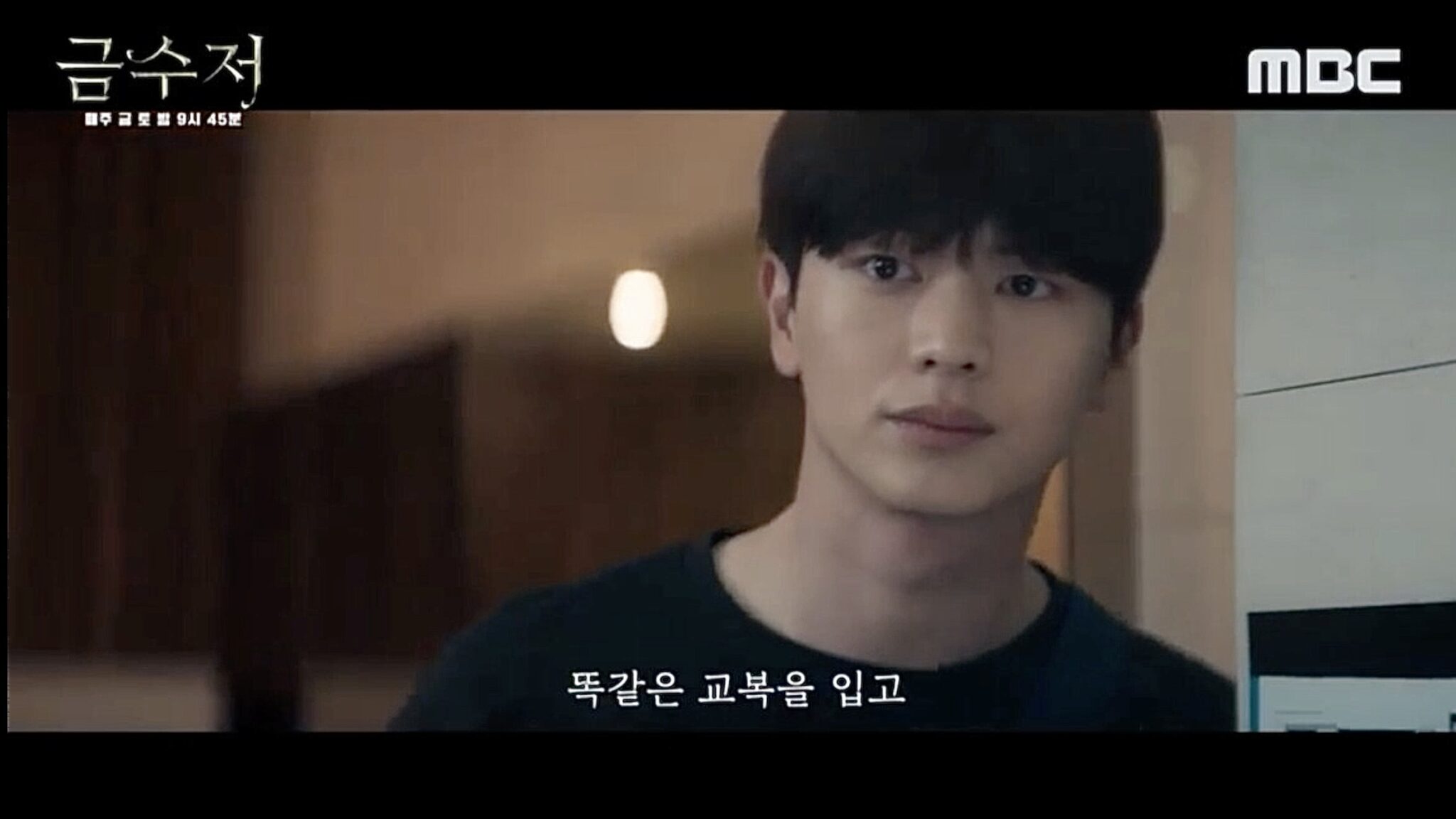 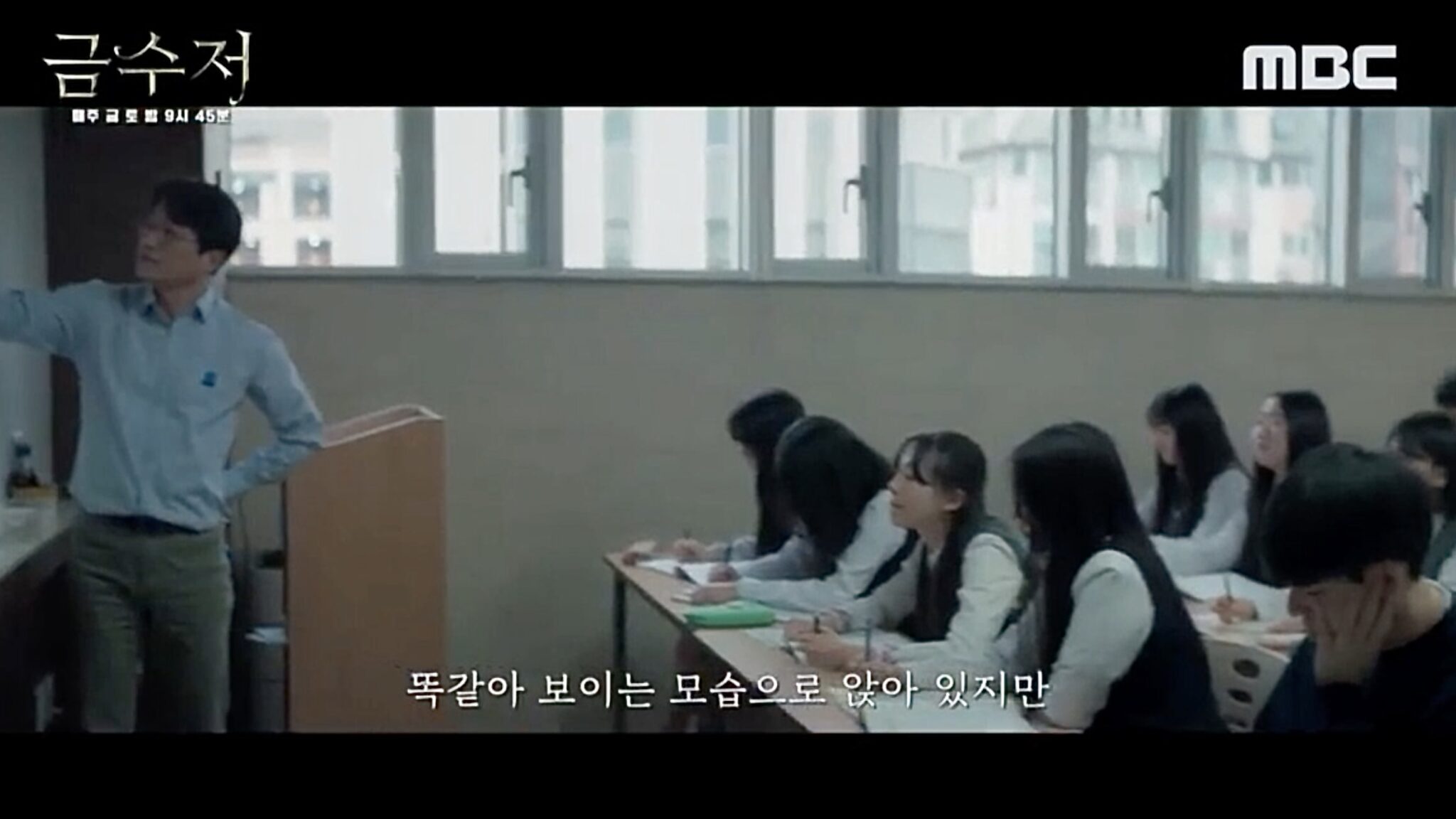 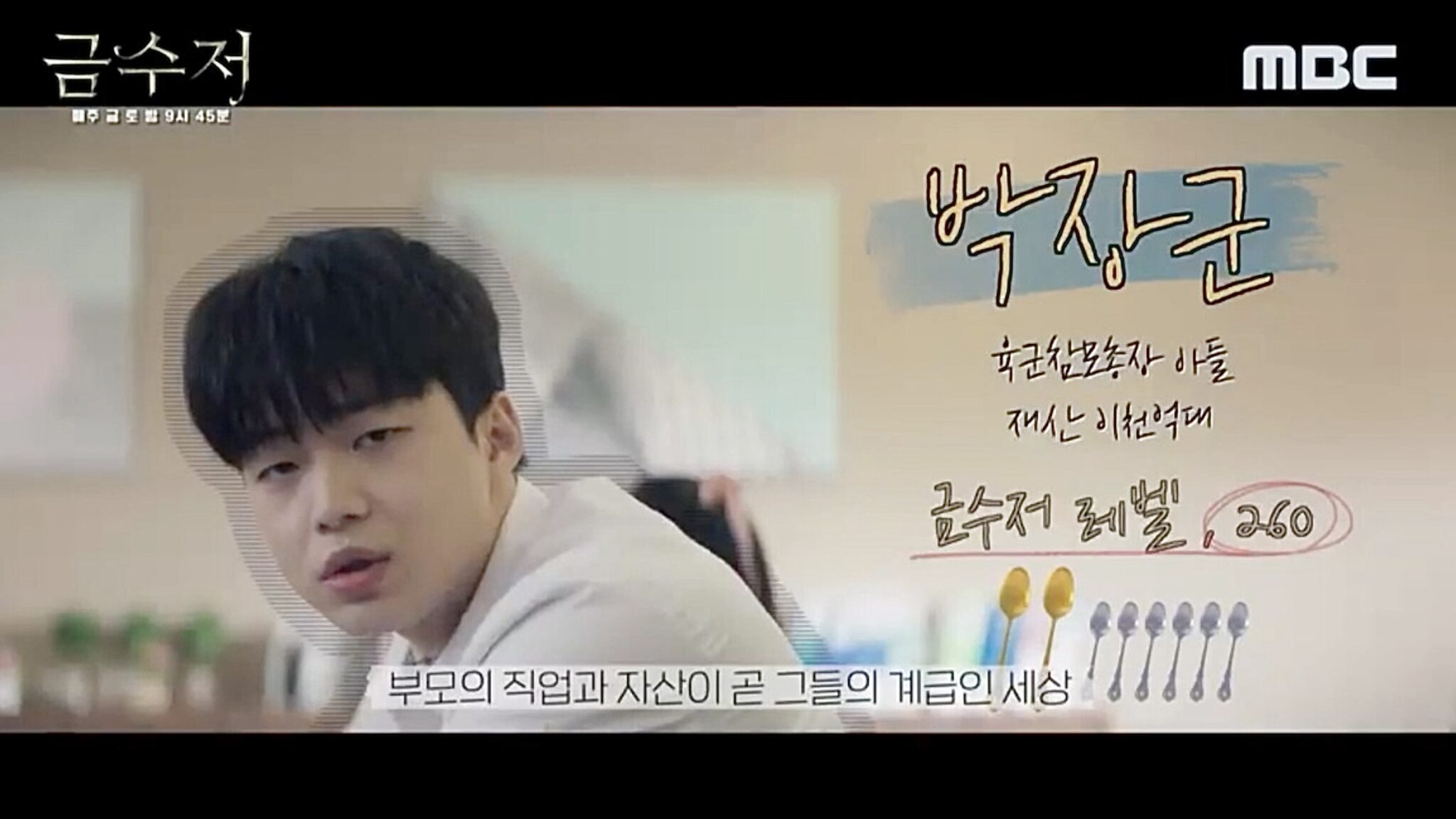 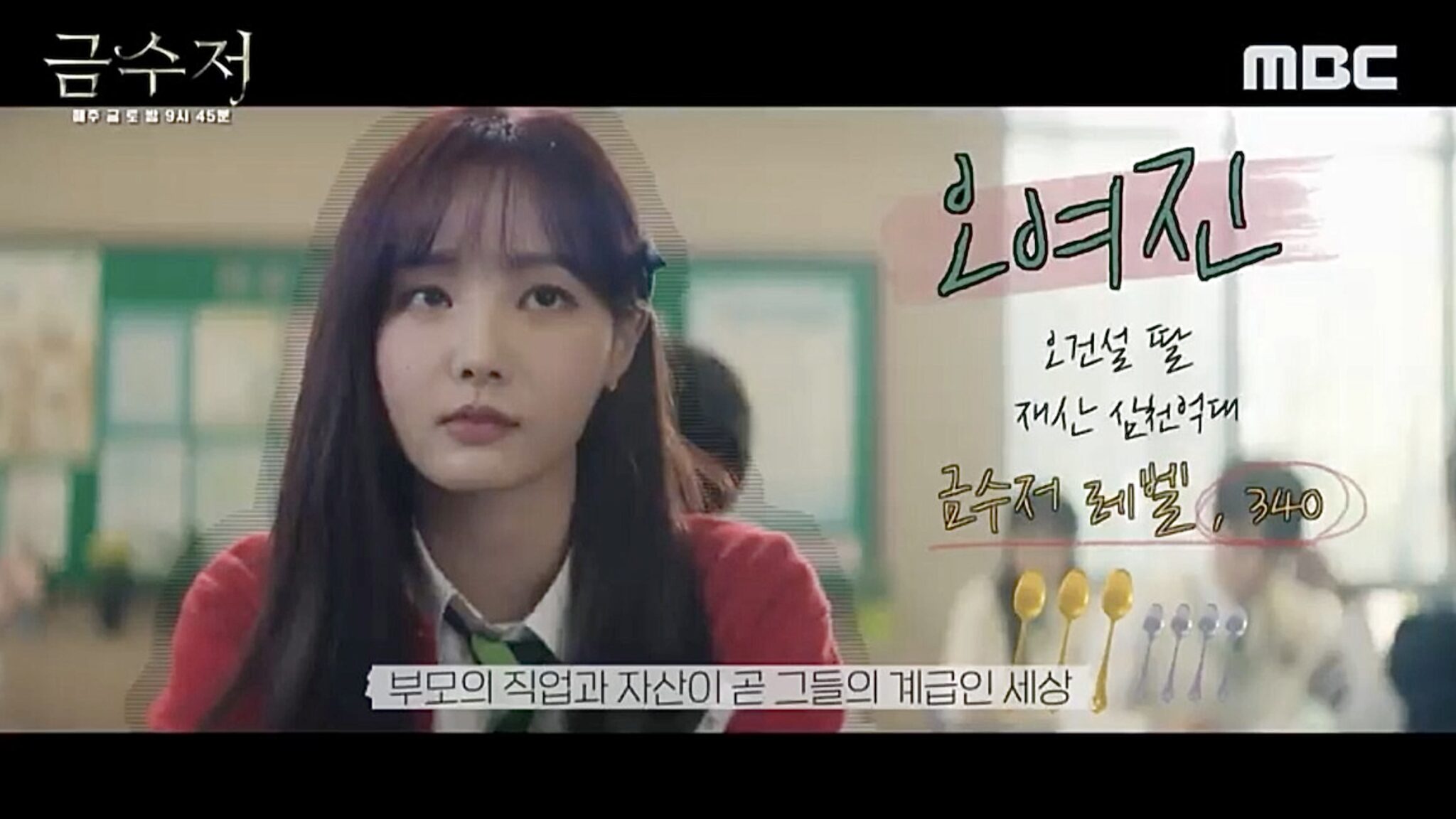 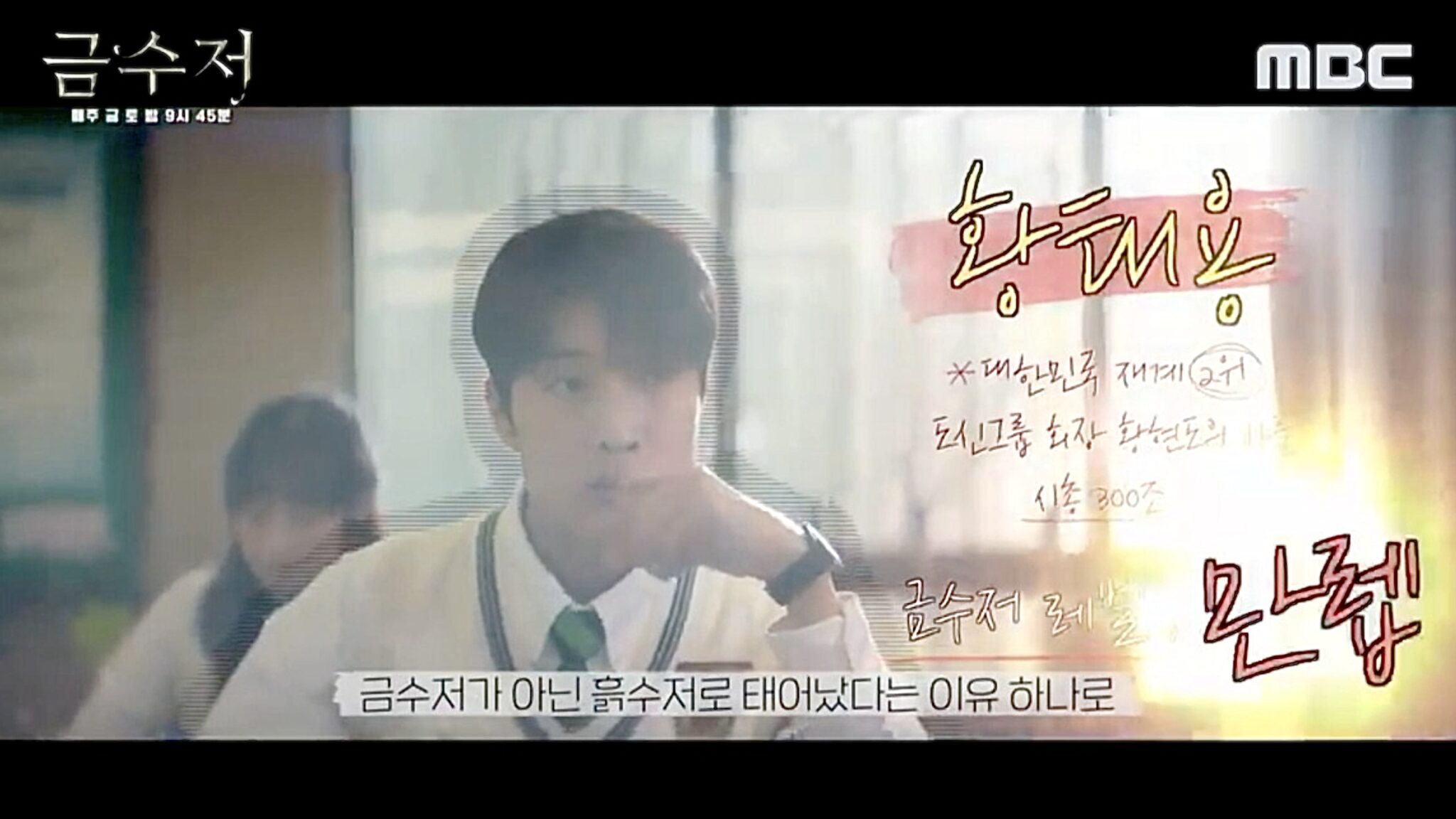 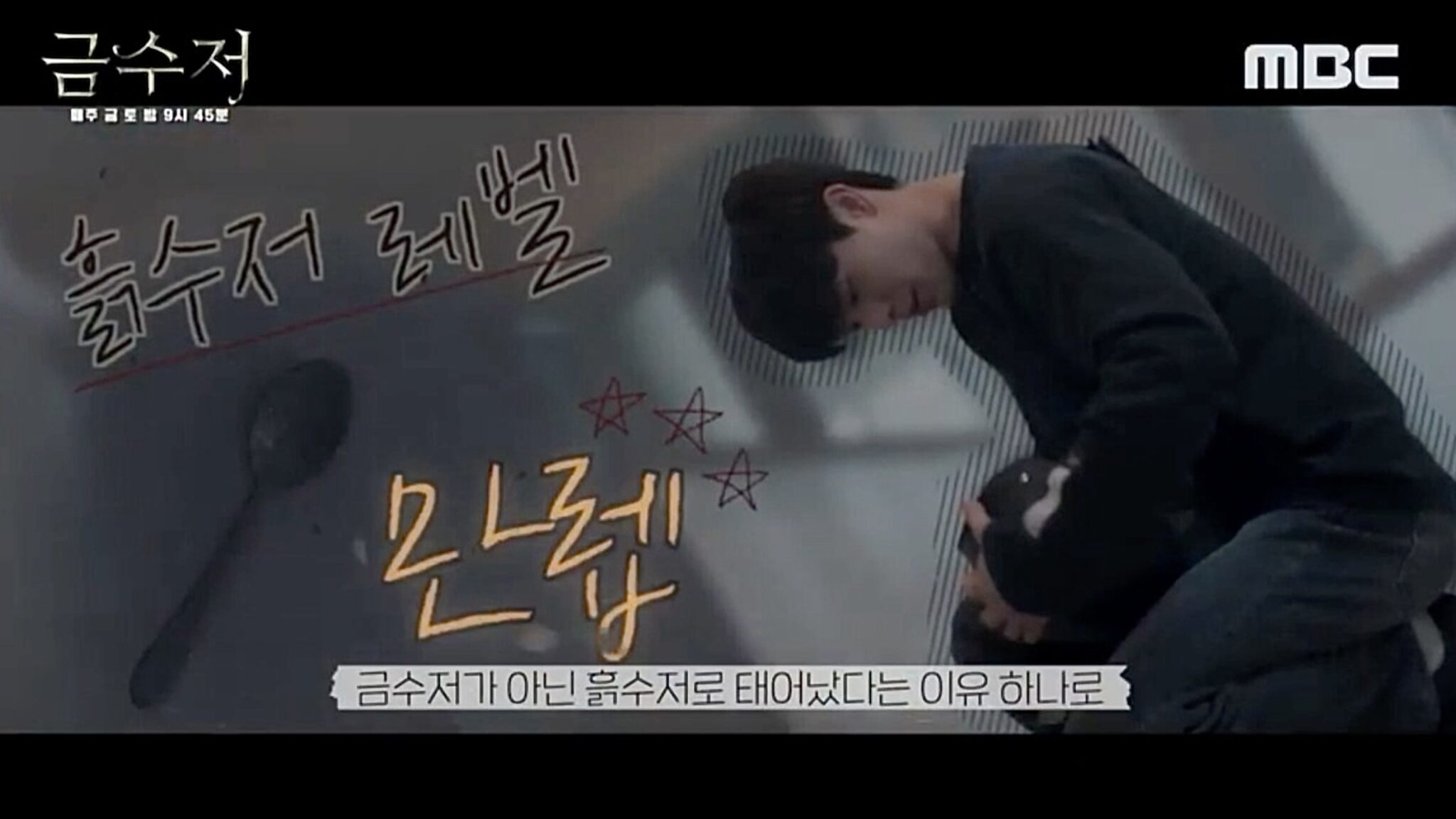 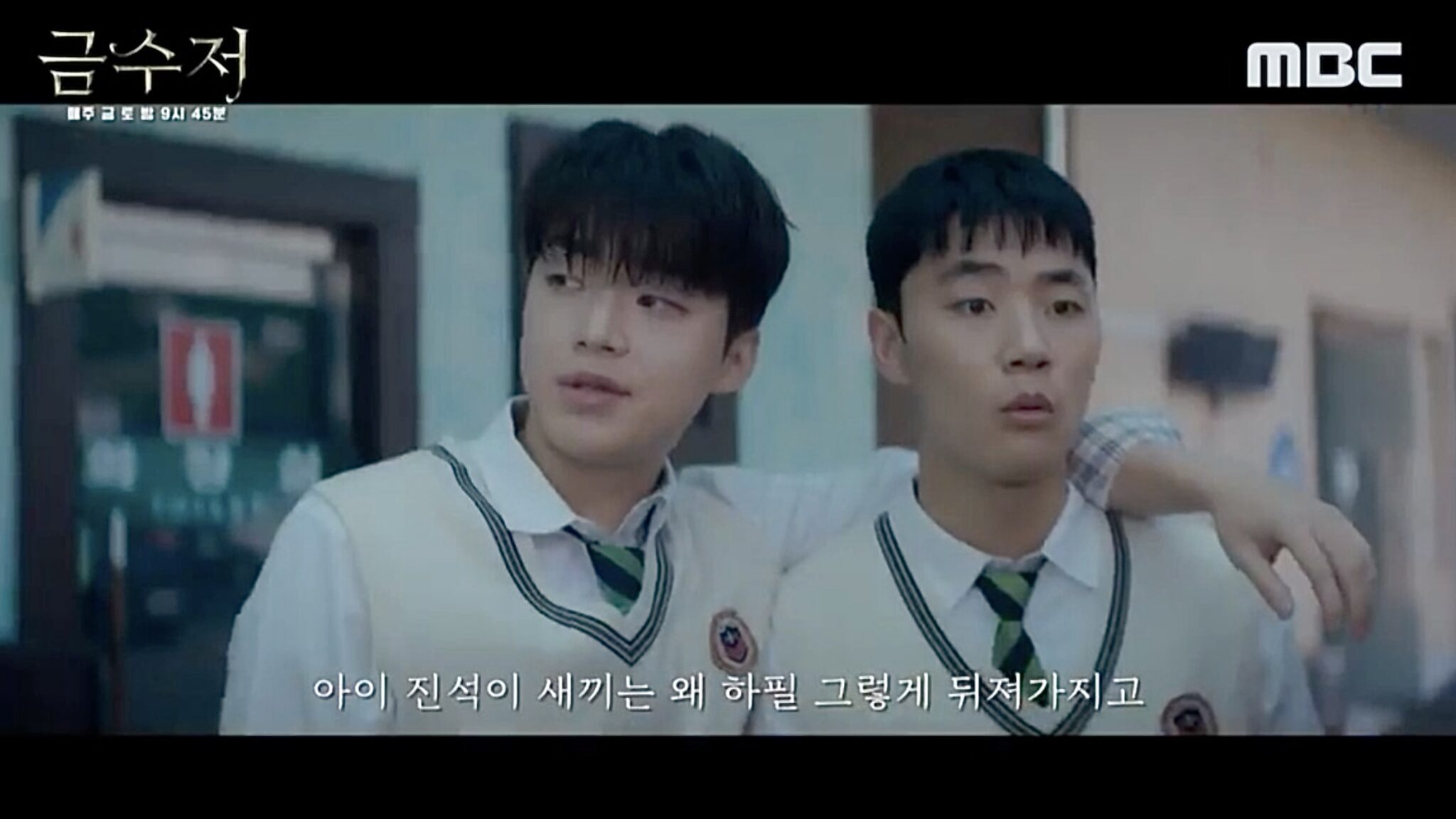 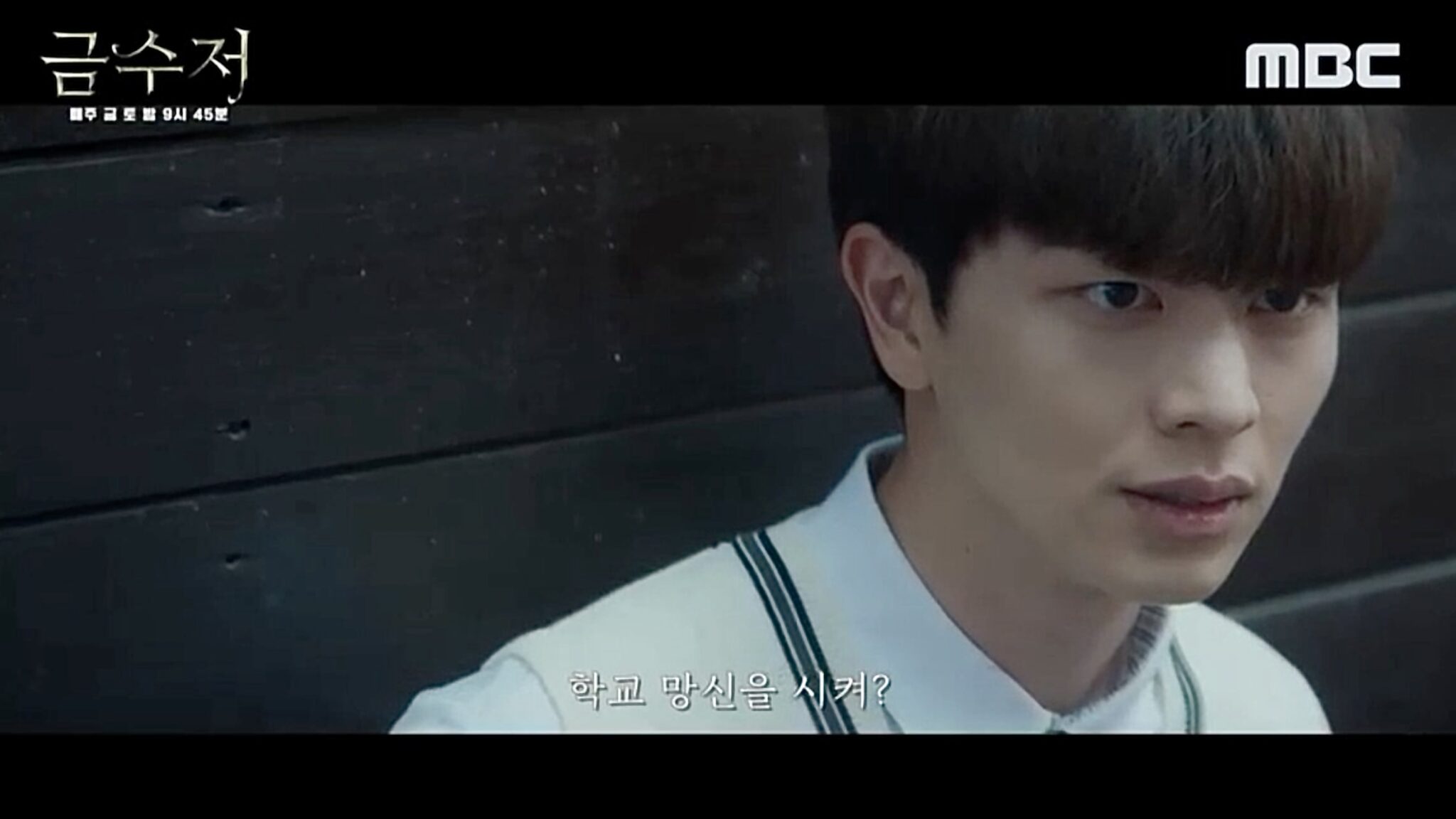 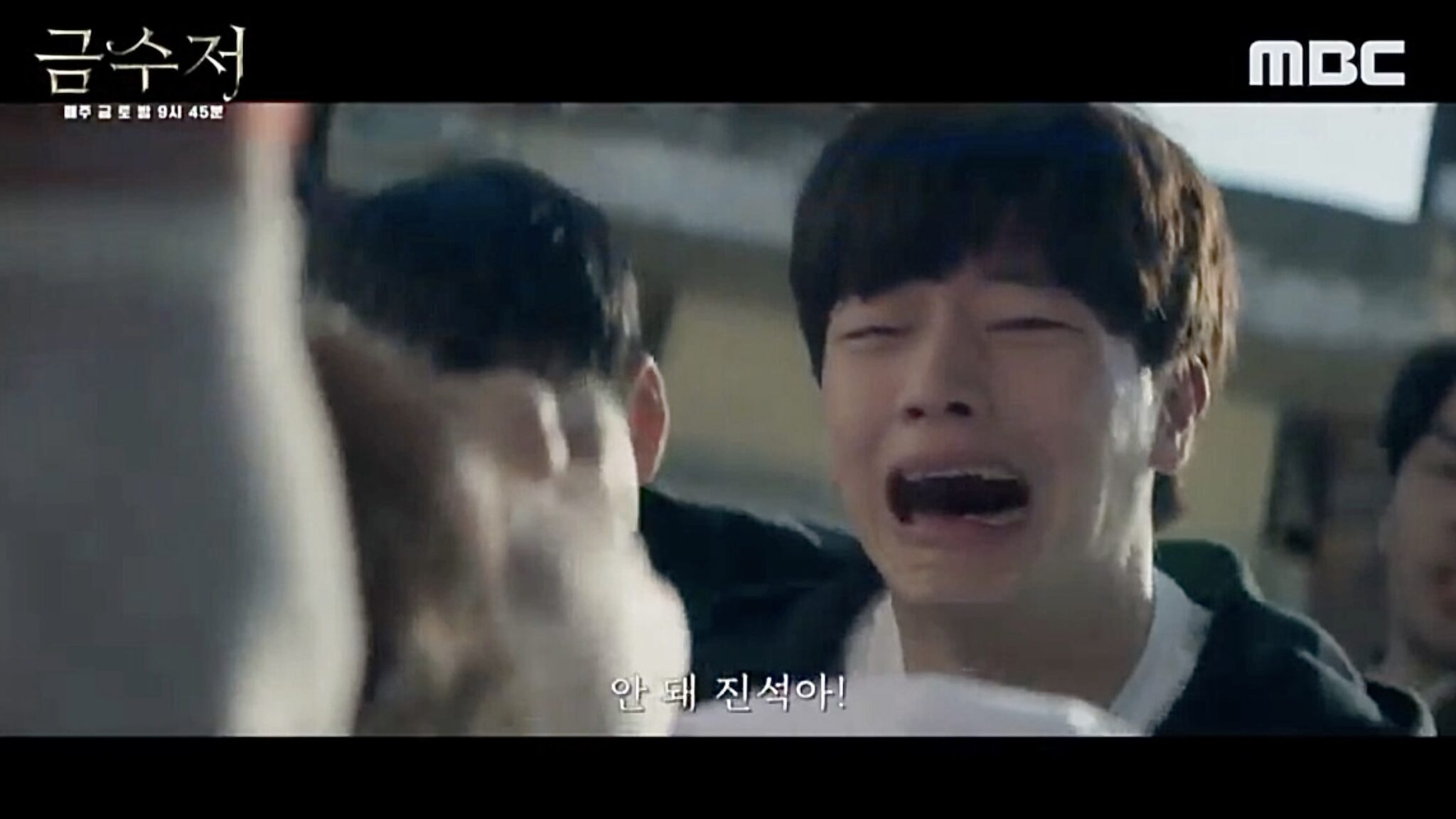 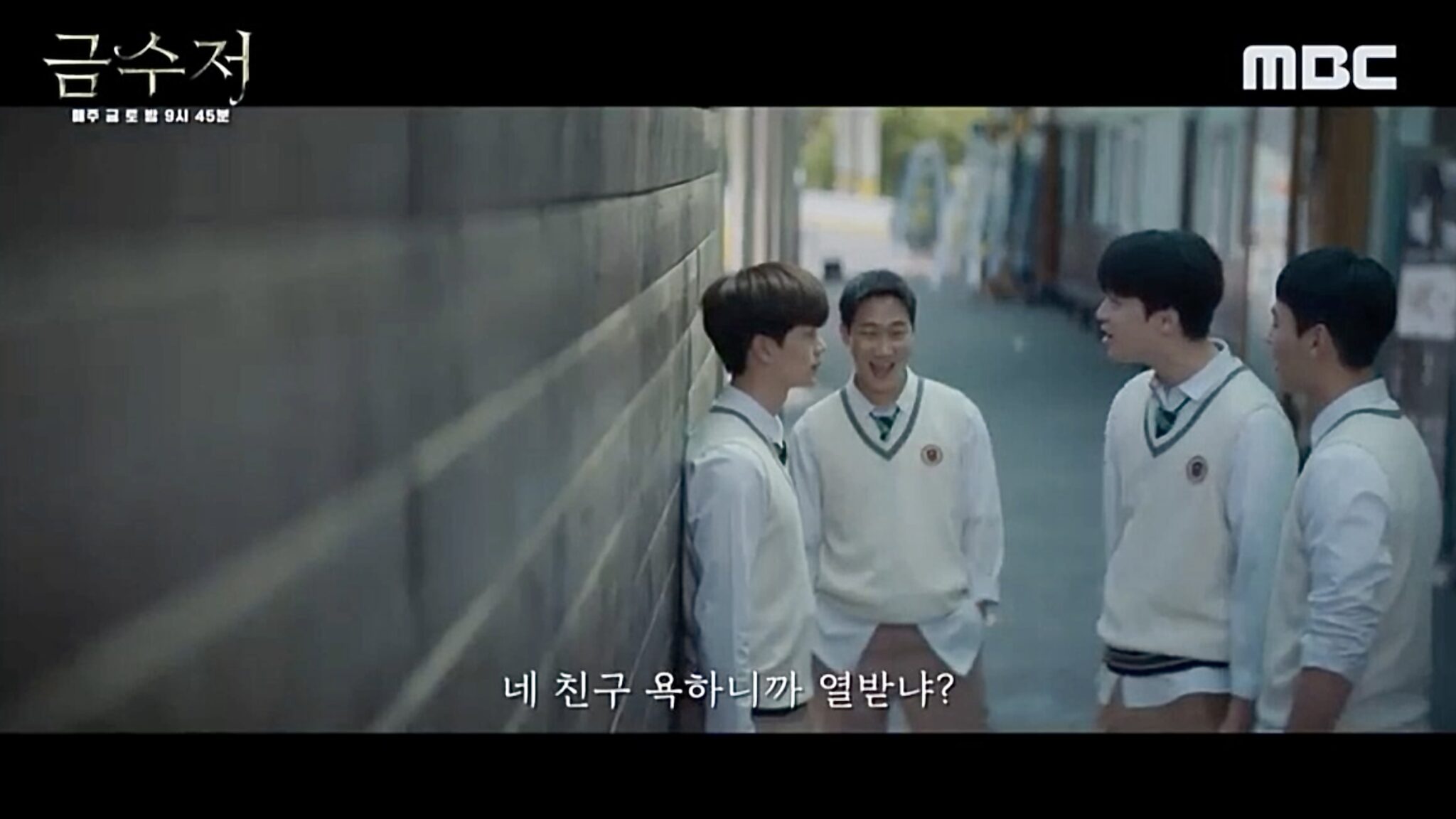 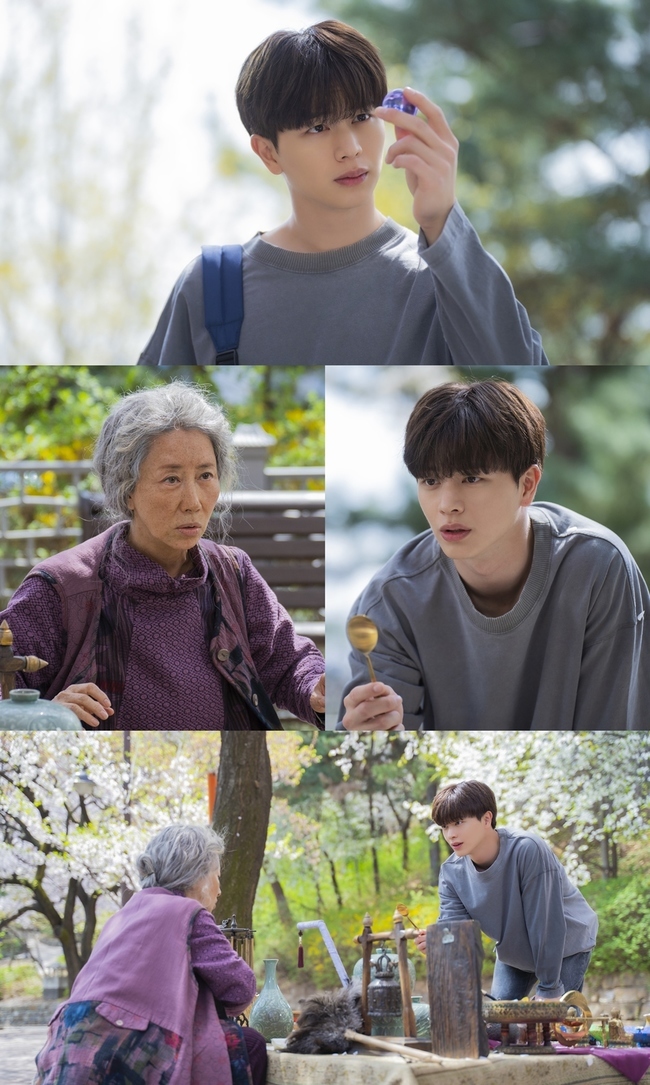 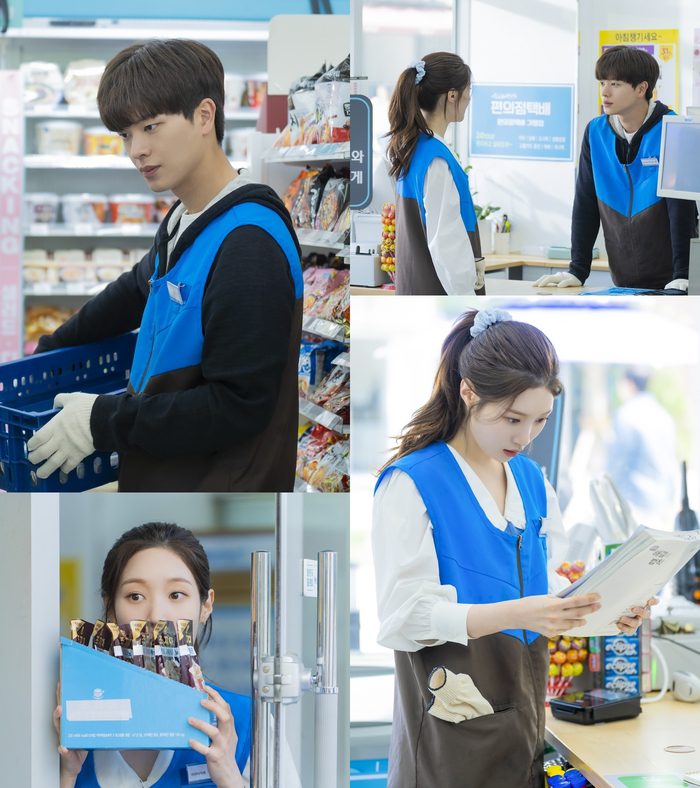 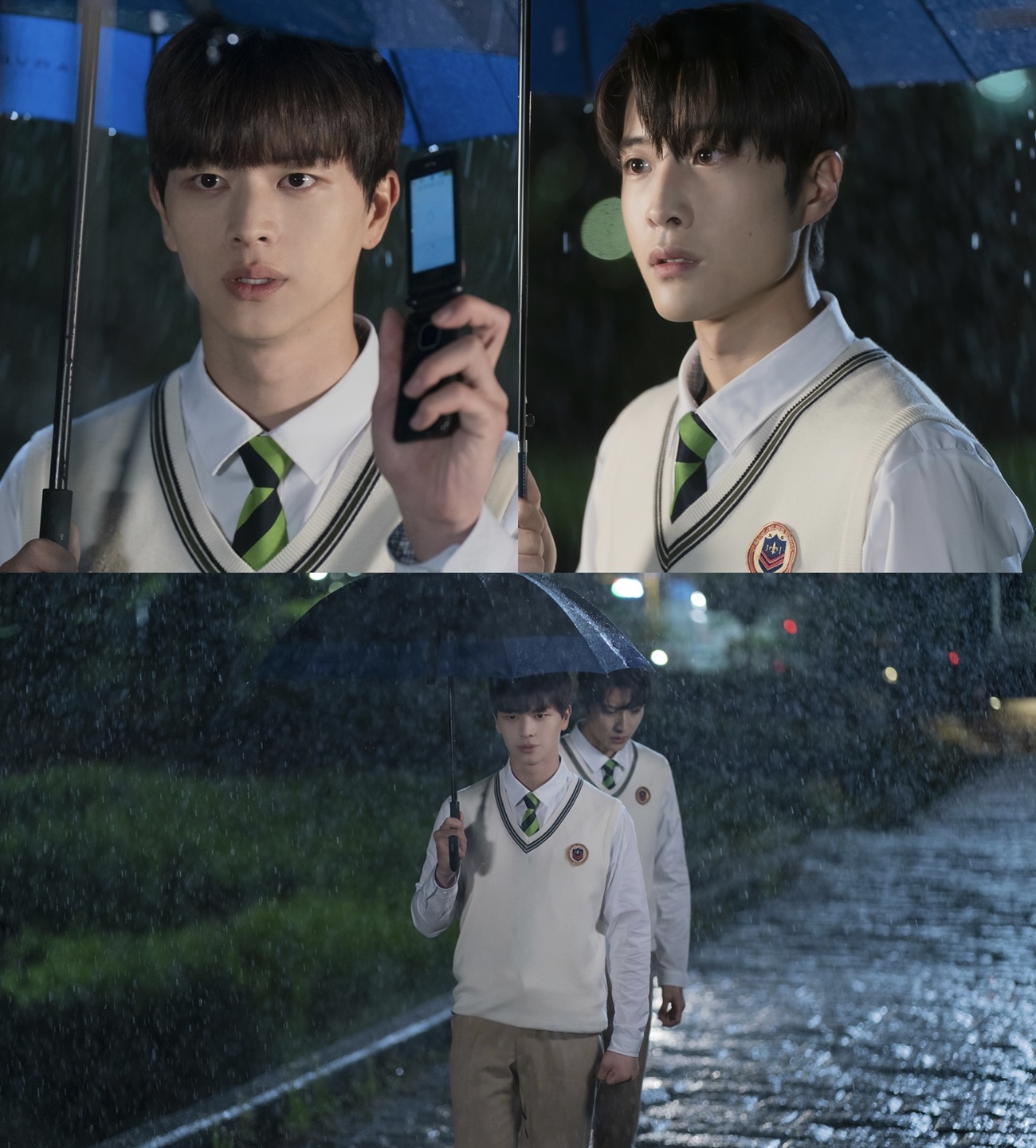 so happy this is finally here.

So excited to watch this! Sungjae fighting!

Finally i can watch the golden spoon!