Am I the only one who enjoyed watching them brawl!? 😂

I think you are, haha.
I FF it, it was quite embarrassing, imo.
So stupid and frankly… why?
Do San doesn’t feel like the guy who’s ever punched a face in his life…

It reminded me so much of Baek In-Ho and Jung brawling in the kiddie park.. sometimes men just need to resort to playground tactics to feel like men. That’s my meagre understanding of it

@Mad_Missile @Eazal I was aghast to see that Do San’s violent tendencies were finally let loose. Sad that he gets to act like the offended party, but also goes out of his way to start an altercation. With his mentor no less, simply because he told them the truth AGAIN.

Me to “Start-Up” episodes 10-11: Please give me back those hours of my life

@mmmmm I realized a spelling glitch and deleted the original post, sorry. But yes, my feelings EXACTLY. I think this is a question of the writers wanting them to be together, so they probably will be 🙄

You know, I know, everyone knows that it would be like this anyway. We just had this tiny little hope that our Good Boy might still have a chance.

Let me just say that I’m not convinced by the love between our writers-crossed OTP at all. I WANTED to like Do-san more than this, but the writing doesn’t make it any easy.

I love nerd DoSan.
I don’t like DoSan as a ML.
And DalMi is terribly poorly written.
We all know that these two will end together because writer has decided so, but I’m don’t see why. I’m really sorry, but I don’t see any connection (not that I see it between DM and JP either, tbh).

@Eazal , EXACTLY. Do San is a nerdy softie destined for great things, but I don’t think he fits with Dal Mi. Probably because there’s so little character development on her behalf that it’s baffling. Female characters on Start Up feel like shells with no substance.

@mmmmm I hate the current villainizing of Han Ji Pyeong. Like seriously, is this the same show that I fell in love with? Where is the wonderful writing or the surprising twists that had me hooked? It feels like another writer took over halfway.

Moreover, I’ve noticed that Ji Pyeong has gotten less and less screen time. It seems like after a certain point the creatives decided to pair Do San and Dal Mi, but still leave it ambiguous, hoping that viewers will still tune in for Ji Pyeong. Like really? Most people do not want them together.

And you’re right, I knew it was a long-shot, but I was hoping that this was a creative show that would surprise me. I’m just mad that they’re now trying to make him the bad guy, but with Yong San accusing him of killing his brother, who in their right mind wouldn’t be traumatized? I don’t blame him for going M.I.A, he didn’t know that they would sell the company or need him.

Also, let’s face it, the brother had a LOT of other issues. Dropping out of grad school is no joke and I can’t believe the pressure Yong San’s brother was under, coupled with keeping everything secret from his parents. Yet, the sad fact is that not everyone can succeed in business. Does this mean that suicide is the answer? No. It was cruel of Yong San to put it on Ji Pyeong, as though he told him to kill himself, and that kind of guilt on one person is unfair. Could Ji Pyeong have been nicer? Sure, but he asked valid questions, as confirmed by the other mentor. The brother wasn’t prepared to deal with the changing market and sadly took the wrong decision in dealing with his problems. Would it have been better if Ji Pyeong were sugary sweet but tricked them like Alex and the other investors who tried stealing the software did? It wouldn’t do them favors in the long-run and hinders growth.

Finally, the show has become so predictable, I don’t know where people get off saying that Dal Mi choosing Do San breaks the mold, it doesn’t. He’s still the most conventionally handsome, tallest character who, let’s face it, will eventually have money 🤑. She’s still ending up with an “eligible” candidate who thinks she can do no wrong, and there’s no thrill at all to their relationship. While I know how HARD they’re trying to sell the Do San and Dal Mi romance, I just can’t buy into it. They seem so juvenile? A dopey-eyed boy and bratty female lead who probably doesn’t deserve Ji Pyeong anyway.

Still praying they do justice to one of the main characters of the show. THE LETTERS!!!!!

@Mad_Missile I hope they at least try to end things well, but the next episode screams of noble idiocy. I’m not even the least bit interested in their story, all that build-up of the letters for nothing. Just leave Ji Pyeong happy!!

Anyone else telling time by how long it takes for the next K-drama episode to come out? Just me? 🙊

have you ever looked forward to a Monday just because your fav airing Kdrama is a M-T ? ha ha ha

I get hyped for Saturdays and Sundays lol Ridiculously excited for my k-drama to air. But yes, M-T dramas help get the week started!

Quiet, ardent devotion over noisy proclamations of love any day ✌ 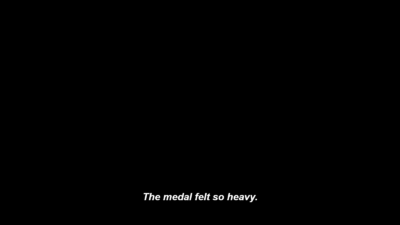