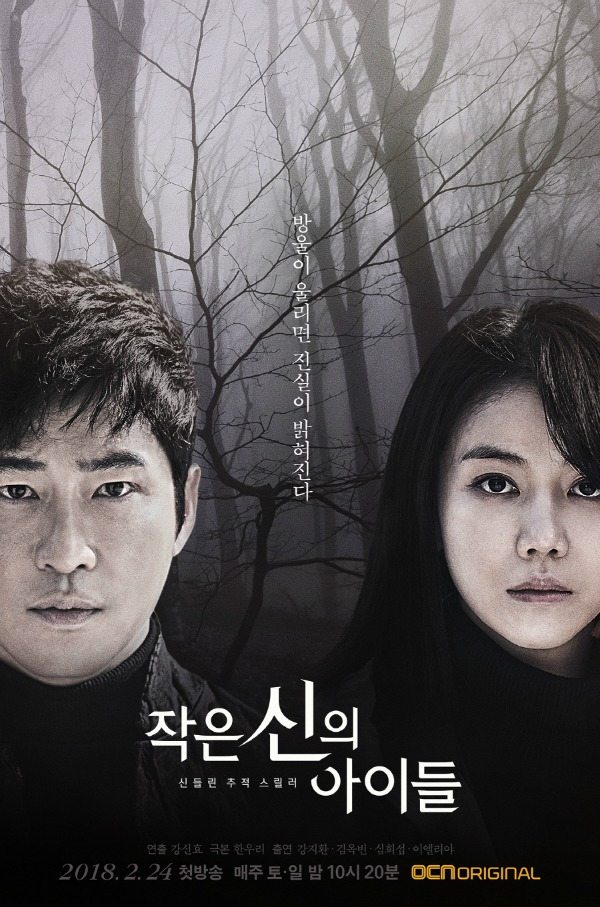 OCN’s crime thriller Children of a Lesser God caught my eye with its casting, since I’m a fan of both leads: Kang Ji-hwan, although his recent dramas haven’t done much for me (Monster, Big Man), and Kim Ok-bin, though I find her more compelling in films than dramas (The Villainess, Yoo-na’s Street, Sword and Flower).

The drama is a crime thriller that features two police detectives as our leads, but it’s not a straight crime procedural; there’s also an eerie supernatural vibe, which are carried over into the drama’s posters, teasers, and promo stills. Both posters tell us that “When the bell rings, the truth is revealed,” and provides the key to our heroine’s connection to crime scenes. Shudders. I find OCN crime dramas to be quite dark and gritty as they are, without adding in a paranormal element!

Children of a Lesser God pairs its two leads as opposites who become entangled in a mysterious plot involving a shadowy crime organization, and what ensues is a thrilling case that blurs the line between reality and fantasy. Kang Ji-hwan is the elite detective who believes in facts and forensics and evidence, who possesses intuition so keen that he earns the reputation for being a human lie detector.

Kim Ok-bin, on the other hand, is a detective with the extrasensory ability to feel and experience a victim’s death: When she hears the bell ringing that nobody else can hear, she becomes possessed by the victim and is able to collect pieces of memories that provide clues in the case.

We get glimpses of that in the teasers above, where Kang Ji-hwan examines the crime scene with a rational eye and says, “In this case, the truth is hidden in things we can’t see. What we see is not all there is.”

In her teaser, Kim Ok-bin arrives at the same crime scene and tells us, “When the bell rings, the truth is revealed.” As she looks around, she sees snippets of what happened to the victim and imagines herself in her place, and says, “This is the sixty-ninth death I have experienced.”

Children of a Lesser God is set to follow Bad Guys 2: City of Evil on OCN and will premiere on Saturday, February 24. 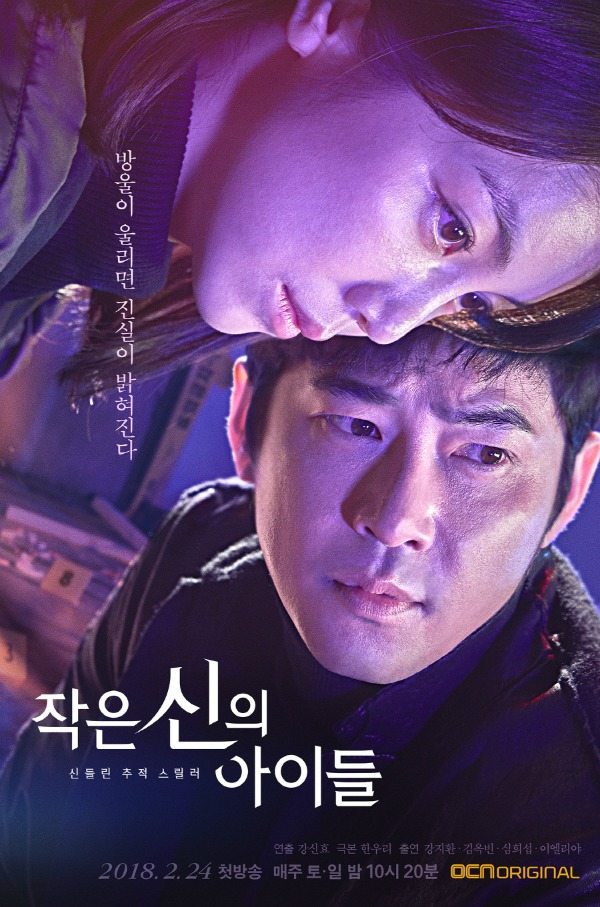 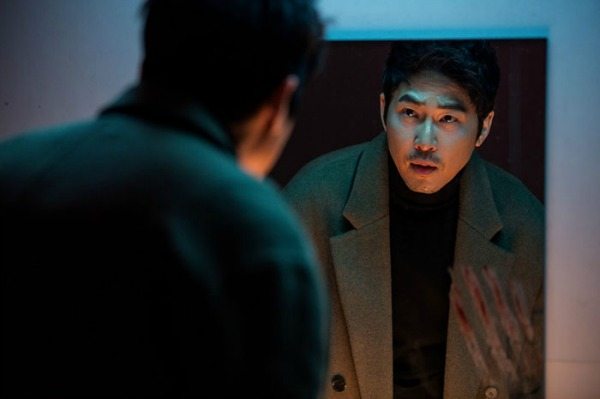 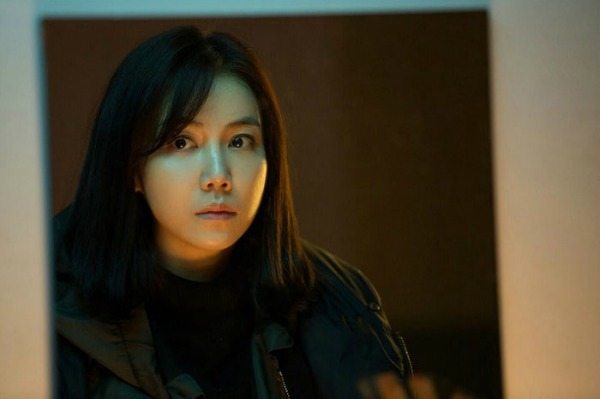 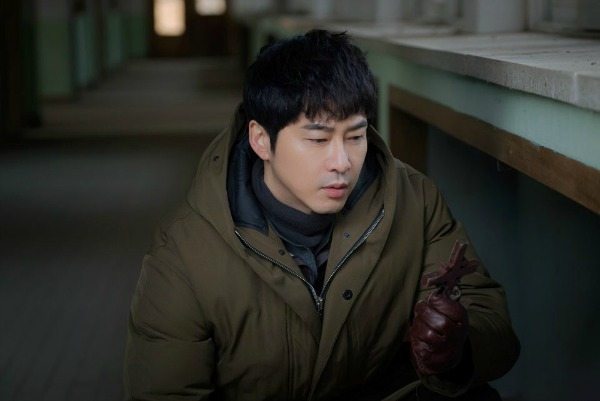 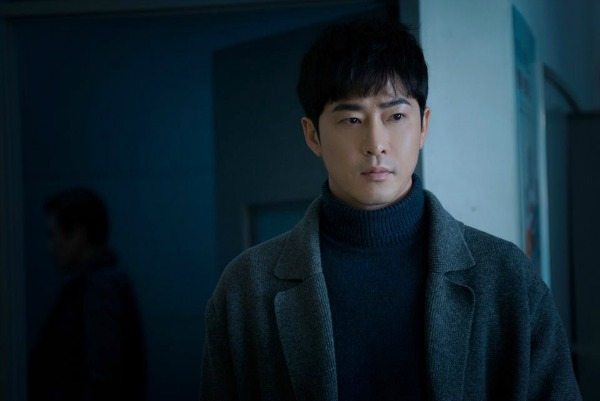 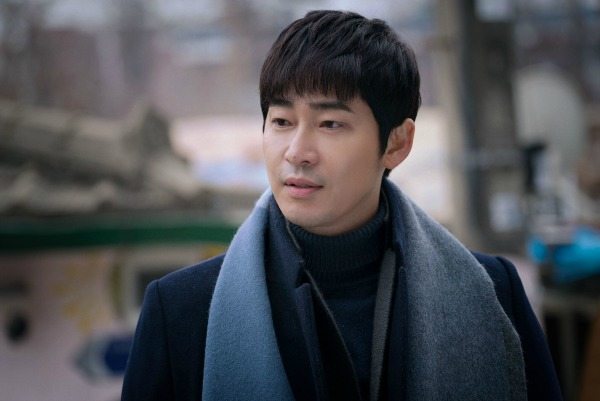 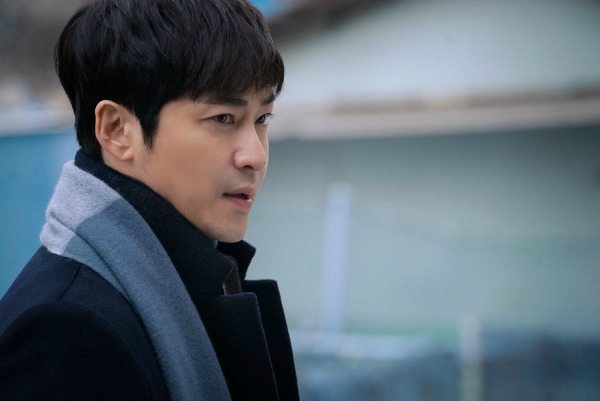 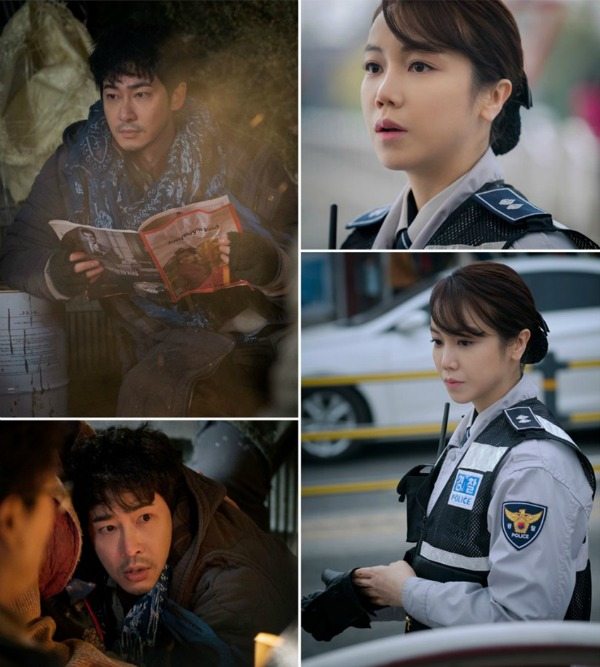 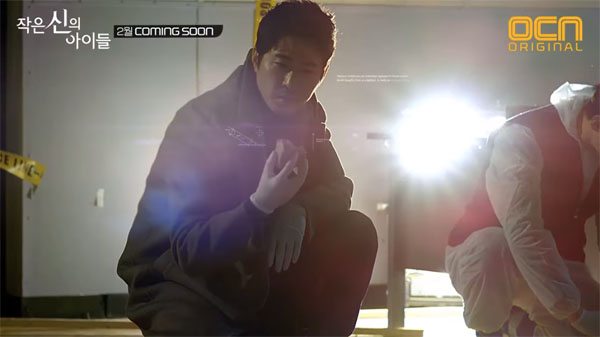 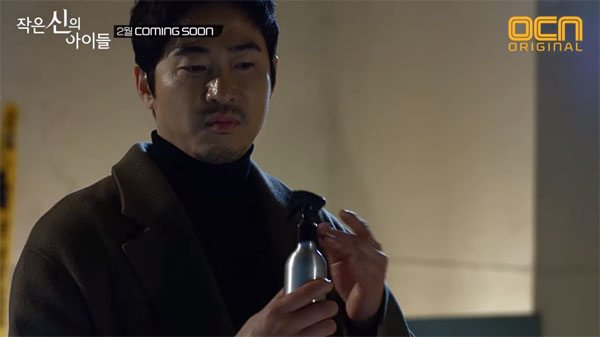 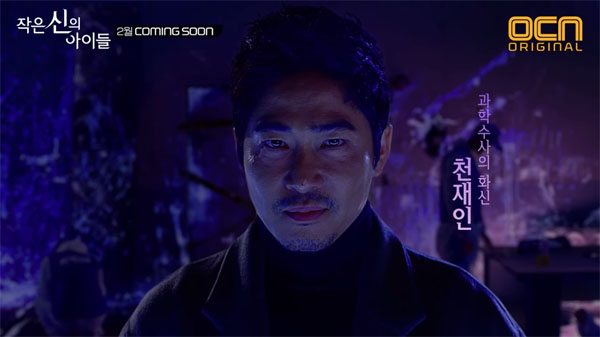 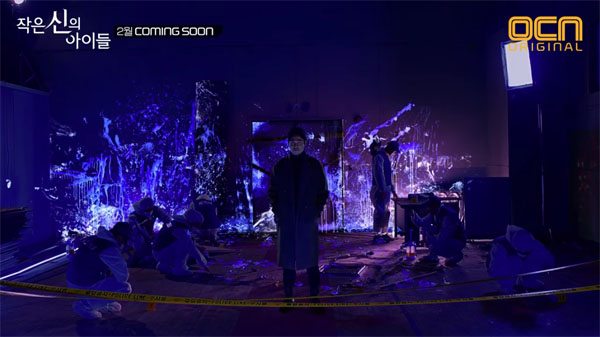 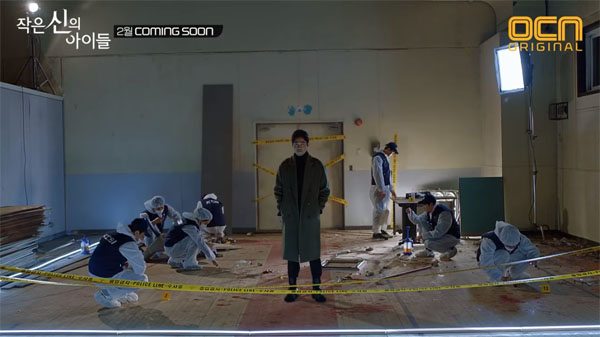 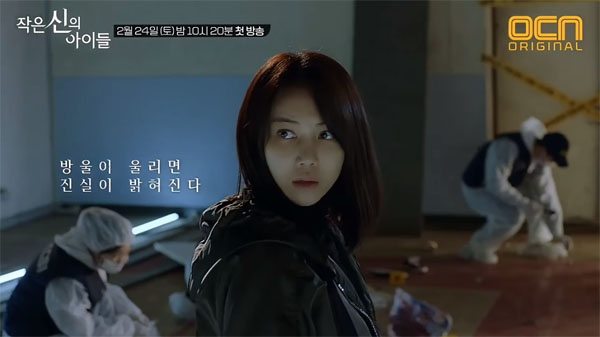 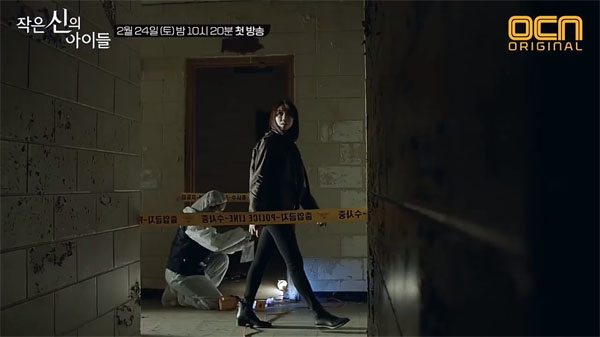 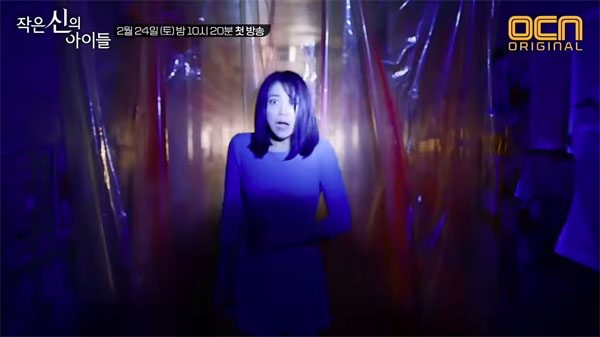 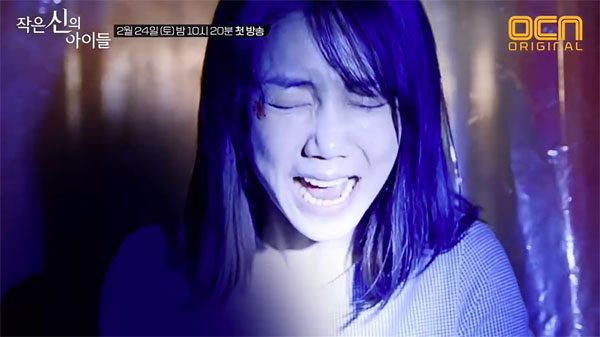 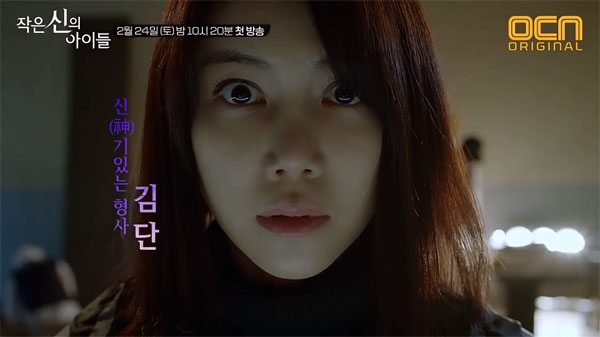 Via iMBC, Sports Chosun, My Daily

Kinda surprised that they would use the title for the Marlee Matlin movie about a deaf woman when this drama doesn't seem to have any relation to that film.

I know right? It seems an odd choice of a title - surely someone in the production department or the writer him/her self would have researched it (or just a 10 second Google...)

The film received 5 Academy Award nominations, so it isn't as though they can claim that it was an unknown product. And it isn't exactly a phrase in common use, in English anyway.

Oh Lord, that is funnneee.

Yes, the title totally threw me off. The genres aren't even in the same ball park.

There has been quite a few.
Pride and Prejudice.
Scent of a Woman.
Little Women.
First Wives' Club.
Thorn Birds.
War of the Roses.
While You Were Sleeping.

I actually thought the same...then I read the plot summary and was confused. ahahah

Oh why do I miss Mo Tae-gu. That evil.

Or it could have been inspired by Tennyson's Idylls of the King.

They use random titles like that all the time. Recently they did it with the legal drama Pride & Prejudice. It's a book written by Jane Austin about the challenges of having a relationship with people from different social classes in England back in the 1800s. It's been made into dozens of movies too but the drama producers don't care, I guess.

That "this is the 69th death I've experienced" gave me chills. I didn't have any interest in this one at first but now I'm piqued!

Experienced someone's death is totally messed up, though it sounds interesting instead of the always "I can see when someone's gonna die". So this is not the usual troop of predicting another's death but renew that same death. But I wonder if she'll feel pain while recalling those deaths? It would be so crazy if she did feel pain and feel it for 69th times over...

Me too. I mean, can you imagine what that feels like? I recently had a health-scare. It was...not pleasant. Now, to have to go through that in not one way, but various awful ways...Chai!!

This looks interesting!!I'm going to watch it!!!

I always have that soft spot for Kang Ji Hwan. He is a very dedicated actor. And I have high regards on OCN dramas. After recently watching "Rescue Me", I am so in the mood for a good dark thriller. So, bring it on, show!

Definitely going to check this out. Mystery + supernatural twist = my cup of tea

I love Kim Ok-bin! One of my favorites.
This role is perfect for her and she is physically fit to be a believable detective.

Ooh, color me interested! So Kim Ok-bin's character knows she's going to "experience death" and instead of hiding she uses that to solve crimes? Definitely someone I can root for.

Nuuuuuuuuuu T__T They gonna murder my Unni every episode?

I will definitely keep an eye out for this one. After watching Black (My first OCN drama), I became really interested in the suspense/thriller genre and more OCN dramas. Even started Voice last night (hoping to catch up on that before season 2!)
If anyone has an OCN drama recommendation , let me know!

Rescue Me and Tunnel is highly recommended :)
Dr. Frost is also a must-watch, though it aired way way back 2014 :)

Thanks! I've heard good things about Tunnel and I think Rescue Me might be a little too dark for me lol. Never heard of Dr Frost though, I'll be sure to check it out!

12 bebeswtz❣️Xiao Zhan is my happy virus

Ooooh OCN, you’ve caught my attention with this one 😉😉 I agree with @javabeans that even without the supernatural aspect, OCN dramas are already dark as they come, and they do it well, so by adding the supernatural element to a show, I can’t wait to see what it will bring 😊

I totally agree with that one :)

The description of Kim Okbin's abilities reminded me of Vampire Detective's same abilities when he tasted the blood of the victims. Now I have to decide which season to re-watch, 1 or 2.

I was thinking the exact same thing! So it's basically toothless vampire detective...?
Also, will they EVER make season 3?!

The description makes me think of 'Black'. Perhaps a similar vibe?

On the one hand, the trailer looks awesome and I'm really excited because OCN always excels on action and suspense. And that cinematography! *swoons*

On the other hand, I don't want to get my hopes up too much because I'll inevitably start wanting a strong partnership to form between the two leads, and the chances of an OCN drama actually focusing on interpersonal relationships are...not high. *is still not over what a total waste of potential Voice was in that department*

"Kim Ok-bin, on the other hand, is a detective with the extrasensory ability to feel and experience a victim’s death: When she hears the bell ringing that nobody else can hear, she becomes possessed by the victim and is able to collect pieces of memories that provide clues in the case."

I'M BOUGHT OVER!
*Quickly adding it to my to- watch list with return and woo do hwan's drama* *grin

OCN are great in doing Crime drama.. I'm a fan of Kang Ji Hwan and I'm surely watch this man he is good in doing action dramas too. He is a great actor not sure about the leading lady,. Can they do Vampire Prosecutor 3

The female protagonist's ability reminds me of iZombie.

Wouldnt want to have her gift. Quite gruesome fo experience someone else's death. Then to go through that 69 times... crazyyy!!! Wonder why she has to go thru that. What has she done in her past life to be given that ability, i wonder.

I don't know why but I am always excited whenever OCN will announce a new show. I so much love their suspense-thriller-supernatural genres!

And I love Kim Ok-bin in The Villainess! I am highly anticipating this drama.

After Black ended, I was kind of sad that there is no other drama that piqued my interest. But still, OCN always manages to keep me hooked, like with this one right now. For me, it started with God's Quiz, and I have been a fan of their crime thriller/procedural mixed with fantasy series. I am looking forward for this!

I'll definitely check this out. I always love OCN's drama and yes im a sucker when in comes to crime and thriller genre..

Last drama i've watched for King Ji Wan was Big Man yet i couldn't recall if i finished watching it-:)

I nearly forgot my love for Mr. Lee aka Kang Ji-hwan. I am in. The last thing i saw for him was incarnation of money and that was five years ago!