Come Here and Hug Me 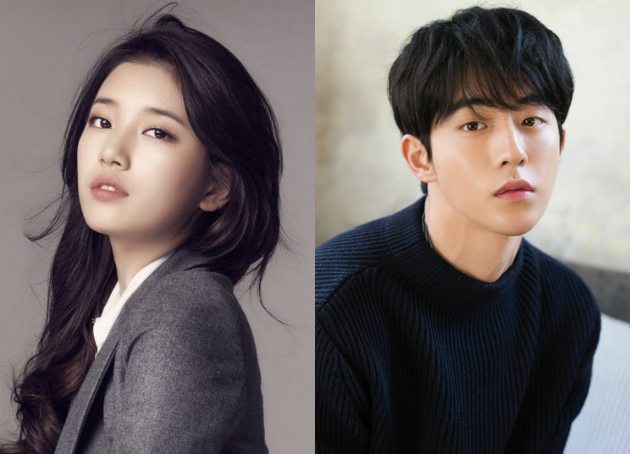 This pairing seems really obvious, but I have to say, it’s pretty perfectly matched in the popularity and talent arenas. Offers are out to Suzy (While You Were Sleeping) and Nam Joo-hyuk (Bride of the Water God 2017) to headline the new drama Come Here and Hug Me, which is currently in negotiations to secure a spot on MBC’s spring schedule.

The new series is about a man and a woman whose fates crisscross following a murder incident that leaves them both emotionally scarred. Nam Joo-hyuk is up for the role of a detective who graduated from police university. He’s described as cheerful and optimistic, and his sense of justice is so exceptional that he stands out sharply, like an awl. Suzy has been offered the role of a woman who dreams of becoming an actress like her mother, and though she endures a horrific incident, she overcomes it and becomes an actress. There were a few early reports that the part had been offered to Seo Ye-ji (Rescue Me), but those were refuted right away.

The plot and character descriptions don’t tell us much about the relationship, but it sounds like a romance melodrama, which has me a little bit worried. I like Suzy and Nam Joo-hyuk in romantic comedies, because they do well with light, funny, youthful characters (Weightlifting Fairy Kim Bok-ju, While You Were Sleeping), but heavier emotional fare can make them stand out in a bad way (Moon Lovers: Scarlet Heart Ryeo, Uncontrollably Fond). So I’ve got my fingers crossed for some cuteness, for their sakes (and ours).

Come Here and Hug Me comes from PD Choi Joon-bae of King’s Daughter Su Baek-hyang, and writer Lee Ah-ram of drama special Land of Rain. It’s currently being considered for MBC’s Wednesday-Thursday slot following Let’s Hold Hands and Watch the Sunset, which puts the premiere sometime in May.

Via Hankook Ilbo, IS Plus

The bland leading the bland. Well, at least they are both on the same level.

it will be great i think

I really liked Nam Joo-hyuk in WFKBJ but even that publicity shot at the top of the article highlights the problem I've had with him in everything else.

What emotion is he doing in that picture? Is it sad? Quirky? Hungry? Sulking? A bit tired? I can tell he's trying to do something but I have literally no idea what it is

Maybe they played Bride of Water god in front of him and then did the photo shoot.

You're so right! How did I miss that it was just a look of utter boredom?

Though I like Nam Joo-hyuk, I think his performance in WLKBJ was perhaps his lucky role, perhaps he just had to be himself. Because his role and acting in TBOTWG was so bad I couldn’t continue watching it. (But to be fair, I’m not a fan of the female lead either)

I love Suzy. Saw her acting in both Dream High and WYWS and just didn’t really understand why ppl thought her acting was bad. For me, she was really good in both projects. But you know, perhaps she was bad in other projects which I didn’t watch!

In all, I think the pairing made me felt unsure. 🤔 Nam Joo was not ok in his last project and Suzy was good in her last drama WITH LJS.

I've really wanted to see Both of them together but I read an article saying Suzy has rejected the offer is true?

They are literally the perfect pair. For the worst drama of all time. It's like someone is trying to sabotage their careers or something?

I thought they both reject the project?