The coffee-brewing Fairy in search of her reincarnated Woodcutter 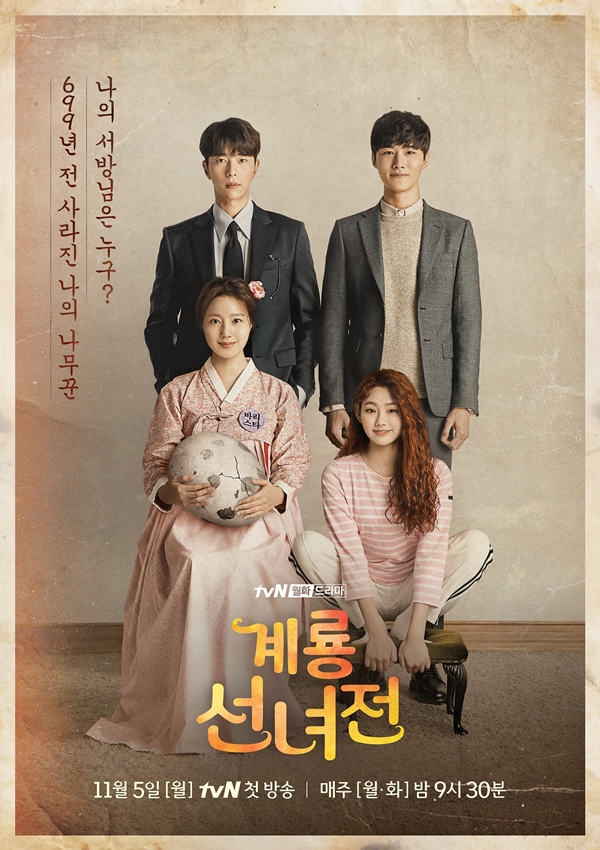 As a massive fan of this webtoon, it’s so exciting to see these characters come to life, even if it’s in the form of two or three measly stills at a time. Upcoming fantasy romance Mama Fairy and the Woodcutter (or Gyeryong Fairy Tale) is gearing up for its premiere in a few weeks’ time, and several stills and posters have been released to give us another peek into a quirky and magical world filled with talking plants and shapeshifting children.

The first set of stills involve our resident centuries-old barista fairy Sun Ok-nam, played by Moon Chae-won (Criminal Minds), and her two potential suitors in Jung Yi-hyun (Yoon Hyun-min, Witch’s Court) and Kim Geum (Seo Ji-hoon, Misty). Both are professors who come across Ok-nam’s mysterious cafe on Gyeryong mountain, and the fairy somehow senses that one of them is her reincarnated husband, the titular woodcutter in a former life. Though they’re both candidates for Ok-nam’s long-lost husband (who isn’t as creepy in the webtoon as in the original fairytale, promise!), the two professors couldn’t be more different in temperament. Jung Yi-hyun is irritable and brusque, where Kim Geum is gentle and somewhat naive. 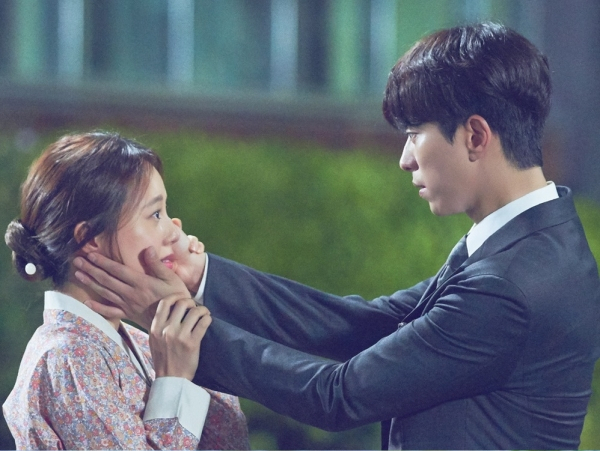 The next two stills are of Gugudan’s Mina (20th Century Boy and Girl), who plays Ok-nam’s daughter Jeom-soon, whose character actually has 3 different forms. In addition to her human form, as pictured in these stills, Jeom-soon was reincarnated into a tiger, and through some magical training, is now able to shift from human to tiger to cat at will. In the webtoon, Jeom-soon doesn’t have a human form, so I do wonder how that will affect a hilarious sub-plot involving her lack of thumbs thwarting her erotica-writing ambitions.

I really like that the show kept her tiger form, though, despite the added CGI expense, as shown in the cheeky posters. Both of the posters feature the two potential reincarnated woodcutters, Ok-nam, and her daughter in an old-school type of family portrait, but one of them shows Go Du-shim (My Ajusshi) and a tiger take Ok-nam and Jeom-soon’s place. If you’re wondering why Ok-nam is carrying a massive egg in both posters, it’s because that egg is her reincarnated son. Though he remains an egg for pretty much the whole story, the son plays an important role in this modern fairy tale.

Mama Fairy and the Woodcutter will premiere in tvN’s Monday-Tuesday slot on November 5, following currently airing 100 Days My Prince. 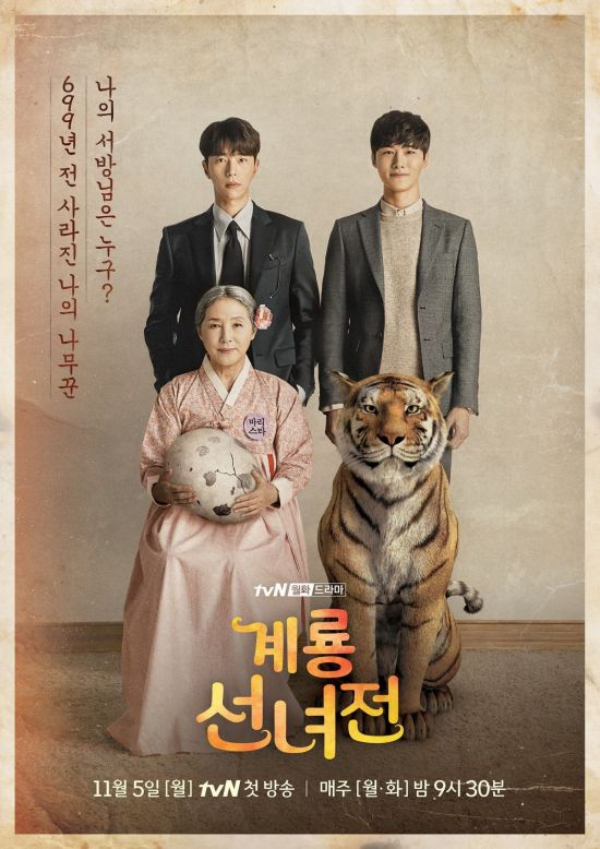 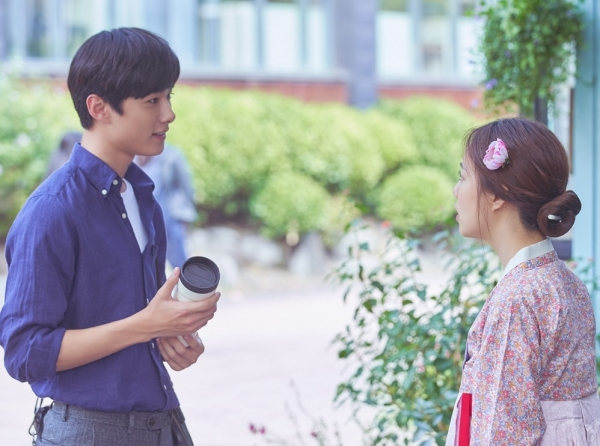 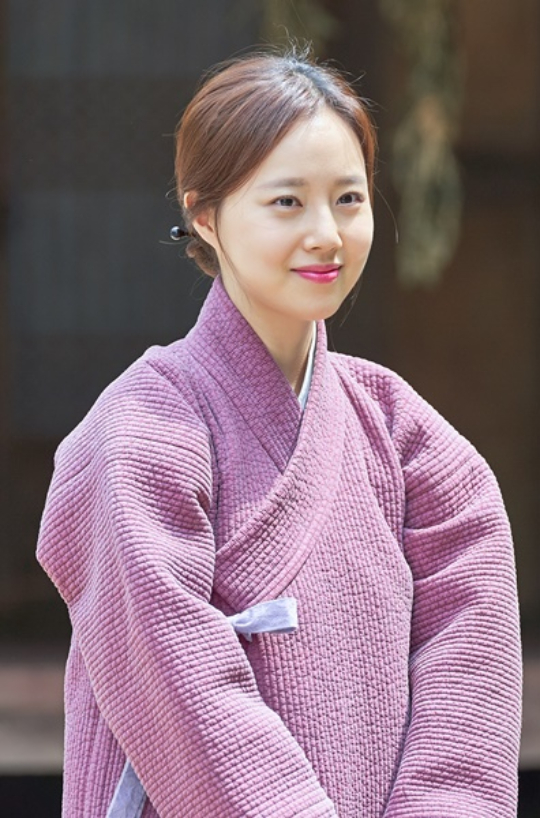 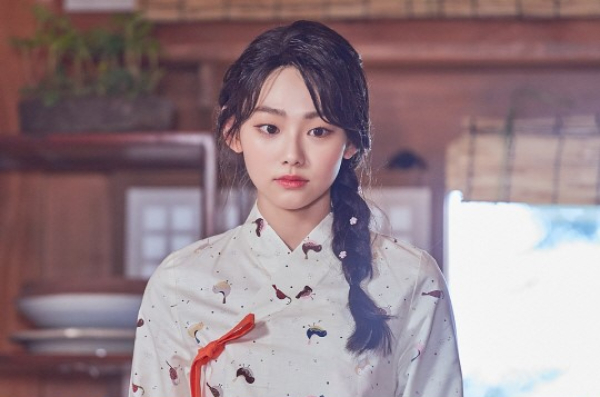 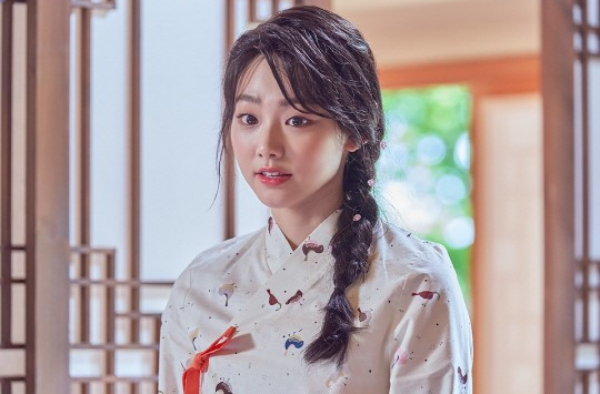 I hope it keeps the momentum from "100 Days Husband."
I so want this to be good 🙏. It's been a while since I've seen Moon Chae-won in a hanbok drama.

The pics look so pretty~ interested to see the tiger and cat. It reminds me of harry potter haha

"Jung Yi-hyun is irritable and brusque, where Kim Geum is gentle and somewhat naive."

By the rule of k-dramas, I can already tell which one she'll end up with. 🙃 LOL

Hahhaa: those were my exact thoughts!!

Could you summarize the original fairy tale please?

JB wrote a piece about it (inspired by FT Island's song) :D

(Also @javabeans of the past, your wish has been granted by this webtoon/K-drama!)

Thanks for the link @mary

Wow! I've just realised that I miss JB's writing! That was thoughtful, 'light' reading but it did give me pause and set my mind to analysing what I'm 'accepting' or 'rejecting' in my drama viewing. I wish we could have those kinds of articles again from JB and GF.

She got me good at the very last words "Stockholm syndrome"... @[email protected]

Can we persuade JB rewrite all the fairytales in her own words? Because this paragraph is beautifully written:

The pervy woodcutter emerged from hiding to play the hero, offering her regular clothing and shelter. With no way to return home, in time she married him and bore him two children. And the woodcutter was happy. Selfish bastard.

and I would love to read her versions of fairytales from all over the world. Who wants to bet pervy woodcutter is the grumpy professor?

I am shook. That fairytale is 🤦.

You changed your handle hahahaha

Most fairytales are. JB seems to have knack for pulling out the core meaning: pervy, selfish idjit traps innocent being under a warped cloak of "romance"

@egads - yes! Fairy tales are rooted in problematic tropes and ideals anyway. JB did a fantastic job. I think I'd actually discussed this fairy tale with @hades once where I'd also raised these issues. But nowhere nearly as eloquently as JB.

Below is taken from: http://asianwiki.com/Mama_Fairy_and_the_Woodcutter

"Plot Synopsis by AsianWiki Staff ©
In the Goryeo period, Sun Ok-Nam was a fairy. She came down to this world and took a bath at a waterfall on Gyeryong Mountain. While she took the bath, a woodcutter took her fairy clothes and hid them. Because of this, Sun Ok-Nam could not go back to Heaven. She then married the woodcutter and they had two children together, but her husband died from falling off of a cliff. Sun Ok-Nam tried to find her fairy clothes, but she still could not locate it. Needing her fairy clothes, she decides to wait for husband to be reincarnated.

I believe the first para is taken from the original fairytale.

Now having read JB's article, and this plot synopsis, I kinda want her to find her clothes but fall in love with the one that ISN'T her husband... kekeke

Now I want a total re-write of the fairytale to not reward the 'woodcutter' character in this new version. I liked what JB said about relaying the tale without ever addressing the morality of what he did..."complicity by omission"!!!

Thanks for the synopsis! While y’ll are discussing pervy woodcutter, all I could think is that Cliff of Non-Doom has a pivotal role in this upcoming drama, with a fresh fairytale twist. 😎

But the webtoon isn't like the fairytale... Like tipsymocha said on her piece, he isn't as creppy lol
The webtoon is actually really lovely, and a nice rewrite from the old folktale.

Mmm I did read about that. That's good then. Although I still like twists hehe

I've been waiting for a Yoon Hyun Min project since forever with finally only a few weeks away yay! im also delighted to see Moon Chae Won again hopefully in a better project because her last projects didn't leave a great impression.

8 gadis | clawing my way back after the longest drama slump

This looks like a promising fantasy romcom with strong world-building. I hope it'll entice me enough to finally pick a romcom this year.

Who even believes Seo Ji Hoon as a professor?

In the drama adaptation they changed his character to Hyunmin's Assistant...

Casting Moon Chae Won to replace Kang Sora immensely softens up the whole vibe of the drama, but I like it ☺️☺️☺️☺️

0.0
The palette used for posters is SO pretty! 😍
Moon Chae-won and the dau are SO pretty! 😍 And Moon Chae-won looks so FINELY aged into an experienced-looking, still youthful mother-type that a young daughter can be proud of !
And the Hanboks are SO pretty! That purple top looks so comfy. Makes me want to make studying and sewing Hanboks my next holiday project.

Looking forward to it. Seems really original, quirky and whimsical, my kind of thing. I really want a good fantasy romance because they are hard to come by...

My prediction of how this ends is that woodcutter reincarnate will try to hide her clothes so as to stop her from leaving because he fell her, but then he ends up offering them back because he wants her to decide and choose him freely. She chooses him and they live happily ever after (and she lays more eggs)

Where can i read the webtoon?

That last still of Mina tho <3

LOL this already looks hilarious. Hope I have the time to watch this!