I watched first 2 eps of start up liked it too but still didn’t draw me in for next but seeing the beanies love I might start it again after finishing Search(I might be an exception)..liked it more

Currently watching Doctor Prisoner because I love seeing nam goong min on my screen😍…And its messy but addictive….their tug of war is so interesting to see…

Will have to watch this next then? Currently watching Chief Kim while waiting for his new show, he is so goood!

Definitely watch this..its messy but so fun and addictive..I loved it

Ahh! His typical shows right? Messy, fun and addictive it is! 💯
Will book this to my watch list then 👌🏼

Queen is coming back…The teaser looks so good!!!!! Ngl one of the most exciting upcoming dramas. Kim jung hyun and shin hye sun 😍😍😍 count me in.. December come faster🤧

Kairos is so interesting ,gripping ,intense top notch acting …I\’m loving the show.Shin Sung-rok is fantastic..the transition bet present and past is done really well.I hope it stays this good😍

DDLLSS it\’s the cutest and purest drama ..I\’m definitely rooting for the cast and crew ..they really making this cliche story to something so fresh ,beautiful heartwarming..😍

Are any beanies watching search I wanna rant about it 😔 …the show is so good ,though flawed but still interesting

ha ha.. rant about it.. i thought you’d complain..

i watched ep 1 and 2.. but plot seemed too predictable including so called birth reveal.. and its zombie drama.. ultimately

But, i do appreciate the thrills. That is done very vere well. From ep 1 itself, you are well set ot be constantly scared and jumpy.

I’m watching it and enjoying it so far. Yes it’s a bit predictable but still I like it.
Our ML with the dogs is sweet.

My exact thoughts. It has every cliche it can have, but I am having a great time.
ML with dogs is sweet, and Maek is sweet.

I am watching and actually I loved this weekend episodes. I know there are lots of things that don’t make sense, but I don’t care. I am enjoying so, so much!

Meeee! I am in it! It is flawed but I can’t stop watching! Hahaha

Hey beanies !!! Did anyone of you watch penthouse or kairos ? Are they good?

I started Kairos. Bit to soon to tell if it’ll be any good but I enjoyed the first episode at least.

Thanks I also watched it its good

I thought the show was really good until its final episode. I thought the ending was sort of crappy (it came out of the blue, I felt, and it was unsatisfying, at least for me).

It was kind of lacking for such a big show but I guess maybe the budget affected them in the last half but still it’s one of the best shows this year.

It’s a blast! The story is so engaging that even a baseball-illiterate like me binged it in a few days. NGM is enigmatic while Park Eunbin should be a role model of what kdrama FL could be like. Glad that I had tried it out – and thanks to all the Beanies’ recommendation.

Park eun bin is actually one of the best actresses of kdrama industry.She deserves much more love ,what an outstanding actress she is.Love her

IT IS SO GOOD! Watched this too belatedly last August and thankful I put it on my watchlist!
Loved Nam Goong Min here! The last time I watched him was in Remember? The villainous sheesh he was. Haha! Anticipating him in his comeback in TVN 😀

Nam goong min is a gem .Have you watched Chief Kim? it’s my fav nam goong min show.Its hillarious at the same time emotional, thoughtful…I’m too excited for tvn show.

Haven’t seen Chief Kim yet, I think it’s timely to watch it yes? Haha. Still curing my hangover from the shows that ended last week. And yes, definitely waiting for his next show!! 😀

It’s really good, glad you enjoyed.
And yes the award was totally deserved!

Despite the plot twist the DDSLL is fun..I wished Jun wasn\’t a high schooler..anyways let\’s see but I\’m really liking go ara,she suits the character,NGL she should do more rom-coms ..

Brahms for once make my otp happy..idk later episodes feel so lacking.I wish they had discovered the classical music side more ,it had the potential…writer dissapointed me

I hope brahms surprises me in the last two episodes, this drama had the potential to be one of the best dramas of the year but it gets repetitive after ep 10.Still one of best OTP🥰

Is it good? I’m considering picking it up, but I’m afraid it might be too much for atm or that it has too much potential to disappoint.

It’s good so far ,if you are in a mood for something scary and creepy but its definitely intriguing.

Park hye ryun dramas always have the most promising first episodes **WWYS …I hope it doesn\’t dissapoint ..Because I want it to be amazing. Also the cinematography is breathtaking..

I was looking for sth like this, PHR always writes good first episodes but some turn lackluster later. I’ll wait for a few episodes to progress to see how everyone’s reaction seems.

I hope a lot of beanies will watch Search..it\’s lit

I liked Start up. Kim Seun ho deserves to be the ML,he is too amazing.But I guess search is what I’ll look forward to most ,I’m sold!!!! Dong yoon is love..I loved the premise

I love him here too! Curious as to whats next!

Let’s think of it as building a portfolio and gaining network. 😁 I’m just glad he has a drama this year.

Lmao this was what I exactly expected from DYLB.Dol Dol sal sal isn’t new and is also cliche but I love every character..DYLB is completely different I don’t like anyone except the main leads…

I wasn’t sold by the first two episodes but ep 3 was sooo cute and Ra-ra wasn’t as dumb and naive as in the first two. I’m in now.

I usually don’t give reviews but I quite really want to share my thoughts about Kingdom …I was quite excited to see it after I loved Rampant.I can clearly say I was enamoured by this show..My biggest draw was definitely the concept of saguek and zombies …it was well executed , beautiful cinematography.
The actors did a fab job especially Ju hi joon ,man he is an incredible actor and again he proved that😃 he put his soul into the character of the crown prince ,I loved him, he was the backbone of the entire story..
Also other characters like Moo Yong the guard ,the queen and Jo hak joo did quite well ,I love Ryu seung ryong he is a seasoned actor..they had substance to portray..but I was disappointed with SEO bi 😔I hope see more of her in season 2…like she is one of the strongest actresses in this industry but she doesn’t have that much screen time ,she was not properly utilized though she did great with whatever given…I hope season 2 outshines this one ..my fav scene would be the last one of the crown prince

It took 4 episodes for me to warm up with the characters of romance is a bonus book..Now I am onboard to go on a ride…I hope the ride will be enjoyable..also LJS is breathtaking 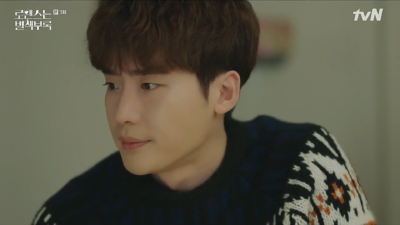 I’ve liked the drama more and more with each episode. Something about LJS… I don’t know what it is. But he seems more mature. He only gets better with age.