Glass Castle/City of Glass – a cautionary tale penned by a chaebol elder for his progeny.

Link- perhaps it’s my mood, but a Neil Gaiman/American Gods twist would be an interesting way to go off the beaten path.

Word of the Day: SERIEOTROHET (Swedish) — ‘series infidelity’: when you have been watching a TV show with your partner and then you watch a new episode without them.

I love that. I did that with a Spanish series. I watched several episodes by myself and the next one I watched with him started where I was up to. Took him an episode or two to realise he had some gaps. Hee. Hee.

As they say, you learn something new everyday!

It’s taking too many notes from US tv and movies?

The studios are making money off these shows and want more.

Day 1, 2022
Raising a toast to absent Beanies.
Wherever you are, whatever you’re doing, hope this day finds you well.

Strong Family (2017) – saw some beanies mention this show positively, so I tried it. What a fun little slice of life family drama! Nice 30 minute episodes, easy to watch when one can.

Raw on draman*ce so here’s hoping for subs soon~

Crime Puzzle – Viki shows 2 days till all episodes released. Wonder how long the subs will take?

Series already aired, so I guess it will be uploaded with all subs.

This just came on my radar. I like the leads. I am not sure CRIME PUZZLE has completed its run yet. If it has 10 episodes with one episode airing a week on Friday beginning on Oct. 29th then this Friday should be episode 7.

Lol. On the other hand YouTube has CRIME PUZZLE’s OST (Full Album). I listened to the first track ‘No Turning Back’. It may be a deal breaker 🥲:
https://youtu.be/bFaQLtT0248

I’d love to coexist with leopards, but beware stray 🐕 🐕 🐕

Kwak Dong-yeon – saw his debut performance in My Husband Got a Family. He acted the role of a dimmer than a dim bulb who happened to be a natural genius actor. One sequence was him reading the opening lines of the famous soliloquy from Hamlet. It was interesting?

That’s the first time I’ve seen him and he really nailed that role!

Yes he did. His character driving the KAIST student-tutor up the wall and around the bend was gold.

Hahhahaha that’s right! I love how he changed his tutoring method after discovering the boy’s talent though. Good job to him for that!

Watching a scene – mother is taking kimchi cabbage halves out of the bin and slicing it while talking to her daughter, dressed all in blinding white. All I can think is that the kimchi is going to splatter on that white dress, and who would wear ALL white while working with kimchi?

Funny how we notice those things!

BTIMFL – boy was I oblivious the first time around. Much more interesting now that I understand what is really meant by the scenes and conversations. BUT the nonsense at the end is still nonsense.

I binged BTIMFL and super enjoyed it, but that final angst really tempered my love for this drama

The Cliffs in kdrama writing are Cliffs of Doom.

The nonsense at the end totally ruined it for me

I swear I still have trauma from the nonsense at the end. A shame for the rest of the drama, which was virtually perfect.

I liked that drama so much and the nonsense at the end ruined it for me. 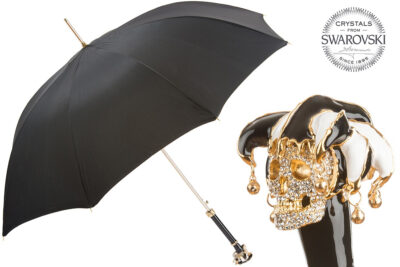 Not belated at all! Still very much my birthday here~ (and not yet it elsewhere!)
Thank you very much! Suur aitäh!!
I hope to be back on DB a bit more soon.
(One day I will save up enough money to buy this umbrella hah)

Thanks buddy!! Been such a pleasure to be on here for so many years with ya~

HP2 – does anyone think that one of the lacking five will not make it to the end of the drama alive?

That’s not a style of this team.

They don’t kill their main characters for the sake of creating dramatic scenes. So, no I am not worried about them.

Noooo that would be too much, but after Prison Playback, is everything/anything possible? No. No. No. The cliffhanger is enough. Residual brain damage that quickly goes away? Maybe??

Isnt the whole GS team are in the area? I think its one of GS dads that not ikjun. (But theyre as precious as ikjun🤧🤧☹☹☹)

In the preview there was sign of Ikjun, so I’m worried. But clearly they are messing with us.

Both ikjun and junwan are on outing when the emergency call coming, and they both missing from the preview. The previews only showing the male doctors in 40s that were in the hospital when the call coming which are jeongwon (with gyeoul), seokhyeong (with minha), and dr. Bong (answering the call). So i have high hope. 😆

Except for that ending bit- IJ from his college days.

I’m predicting this will be the wake up call for Song-hwa.

Ahahaha, i was saying that it would be gyeoul when they were filming sechkies MV 🤣🤣🤣🤣🤣.

I do not think they will kill any of the leads. Its not their style.

That was my theory in S1. I haven’t watched S2. I stand by my old theory, I think one (or more) of them will not survive by the end of all seasons. They can make SH’s cancer(?) return but more aggresive or someone gets shot/stabbed by a random bad guy. (Theories might be influenced by Grey’s Anatomy 🤣)

I would be REALLY unhappy with the creative team if Something Happened to Song-hwa!

Well someone did get whacked on the head, just need to wait another 12 days to find out who.

Tell me about it 😑😑😑 They were clearly going for multiple seasons and the last 10 minutes was to reel in the audience for season 3. I’m doubting myself for starting the drama without knowing the writer’s previous works. She is know for craziness and 150+ episodes.

IMO the only way to watch this kind of show and stay sane is watching it as a comedy.

And those last minutes had me in stitches.

Exactly! My response also was laughter. But what can I say? I’ll be watching a S3 when/if it comes out.

\”It was a dark and stormy night\” is an often-mocked and parodied phrase considered to represent \”the archetypal example of a florid, melodramatic style of fiction writing\”, also known as purple prose. Wikipedia

Mr. Oblivious here only now realized that the opening scene of Hospital Playlist Season 1 was exactly that – a dark and stormy night. A lovely joke.

Mine – wow/gee, what a way to roll out the commonest trope in murder mysteries. With a tiny variation…

@db-staff How about a Hangout for Hospital Playlist 2?