This scene cracks me up! been rewinding it non-stop! #LovingRacketBoys

They are so sweet!! I love everything about this drama so far!

I don’t like the bad characters or the good ones! Turns out I like the naughty ones😄😄❤️ 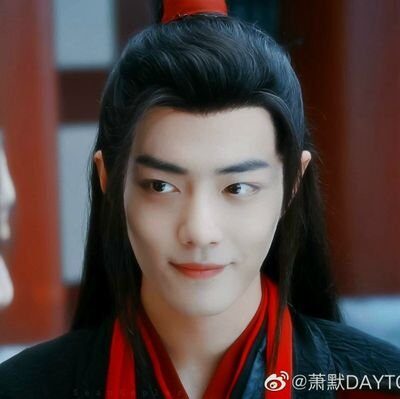 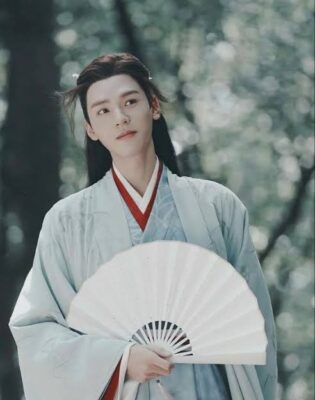 Oh man ! I need more Untamed-y C-dramas, or more of xiao zhan being a puppy? Wer do I go?

Second this. Word of Honor is available for free on YouTube and will also be on Netflix from Friday so you have streaming options too 😁

Thanks! just finished it! But what do ya know m unable to watch that bonus episode anywhere😔

This is where I saw it https://drive.google.com/file/d/17j75HUImJ8La3maDX77Mt9kEJhoZGMob/view

I think YouTube makes better life choices than me! Untamed fan MV came out as a recommendation and then der was no going back… and what do ya know …. Word of honor fan MV too came up as a recommendation & I am on pe 25 already . Binge watching since last 2 days while sleeping and shirking ofc work! Say yay to WFH

Read that as not sleeping not working but only binging

Done and dusted in 3 days ! Loveddd it ! Thanks for suggesting,
!

So of all the things in the universe to watch, what did I watch? The untamed. AGAIN. Honestly I have lost count. How can I still find the comic scenes funny even after umpteen re-runs is beyond me. 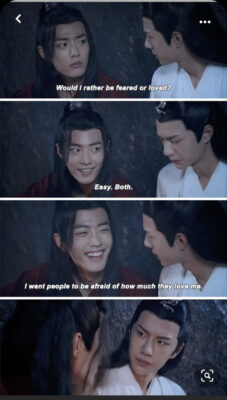 Same here! I totally understand you and have lost count of how many times I watched this show.
And I even still watch all the bts videos.
There is something about these two that is so magnetic aren’t they?

So much!!! I was just watching a scene whr they were hiding in Mianmian‘s house. It’s so funny till date. I need XZ and WY together on my screen.
Mianmian: who is hiding there?
WY: Nobody.
😂😂

I loveee songs of BTS. Lord knows that the lockdowns imposed last year were so hard on me. I was alone and away from family and not a single piece of news around the world was making me feel any better. On YouTube I stumbled on the song of BTS called “Not Today” and the lyrics spoke to me especially the lines – “Today we fight. Today we survive.”
And I literally lived like one day at a time.

And then I stumbled upon other hits – Fake love, Idol, DNA, Fire and Save me (this one I did hear before but then just as a one time thing).
And slowly I spiralled down to all YouTube videos, run BTS and their interviews with Ellen, Jimmy, James and who and what not.

This would have continued had all the scandals coming out in South Korea not come up in my YouTube suggestions as well.

Watching them I realised that while I did love the songs, I did love the artists as well. That’s no harm done. But then loving the artists and forming an opinion on their personalities basing on YouTube videos, print interviews was just so narrow minded.

I felt that as fans we tend to form an opinion/a certain image of the artists in our minds which may be far from the reality and when such images shatter, it feels like we have been wronged or fooled to believe in that artist and that’s when all the hate may pour out.

Now when I think of the artists in BTS, I feel like I live in my own make-believe narrow minded world where they are knights in shining armour.
I can never ever know how wonderful or different they may be, but I think that surely they don’t deserve to be limited by my the fantasies of my narrow minded opinion.

So that’s it YouTube, thanks for the one song that introduced me to BTS but now I think I would like to treat them as for what they are – artists whose songs I love. I thus liberate my mind from the clutches of my knight in shining armour fantasies I have about them to them being just boys/ men who have sung beautiful songs and poured a lot of effort in to making each song so beautiful.

May be that’s what we all need. I think that artists all around the world simply want their sincerity to reach people and for their songs to be accepted. They are not asking to be judged or slandered or obsessed over.

So now I guess instead of writing “I love BTS”, to all armies out there, I write “I love the songs of BTS”. ♥️

To live in hearts left behind is how we don’t die. 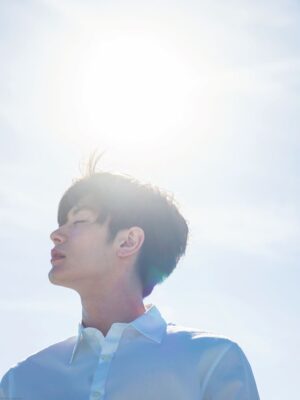 It just got hot in here! Ha! 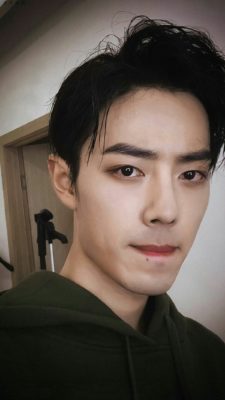 As the last day of this year sets in to make way for the inevitable rise of the new year,
Wei wuxian looks over to Xiao Zhan.
And Xiao Zhan looks over to Wei Wuxian.
You ask me why?
Just because… 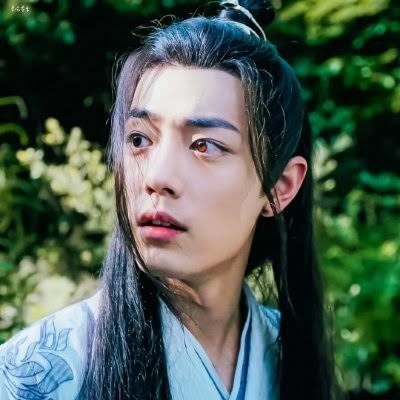 He’s gorgeous. He can look at himself all he wants. I’d look too 😆

my gorgeous boy!!!
2019 has been a great year for me since I got to know this wonderful and very talented young man Xiao Zhan. wishing for a very happy new year 2020 for him and for all of us too.

So ready for this!! 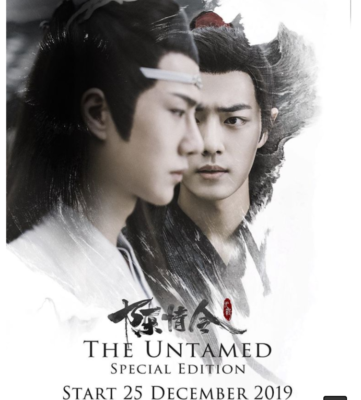 Wait, what special Edition? I’m so out of the loop.

What is this? Where?

Are you watching this, @sweetsammy?

I watched a few eps. Basically its a re-run of the Untamed but this ones s a lot easier to be understood esp. fr interntl fans

Ha! Can u be any more serene, calm and handsome!! 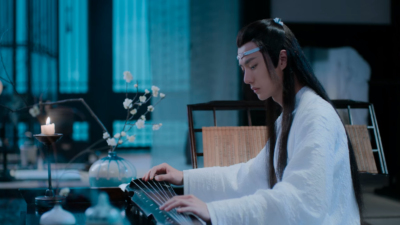 The answer is no…. Unless you’re Wei Ying playing the flute

😂😂its a pain fr me to look at subs wen either of them are in a shot! And in scenes wer dey both r together, my screen is on pause!!!

LOL I’ve done that before– many, many, MANY times lol
I sometimes even watch and rewind and rewatch an entire scene just so that I can make sure that I catch EVERY DETAIL when it’s their scenes

Also, I loveeeee how wei ying scares LZ.. This smile is why i squeeeeeeeeeeeeee!!! 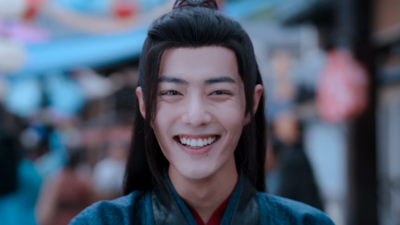 His smiles gives me life 😍

and yet you’ve removed his smile from your name 😢😢

I thought you would’ve been happy for that

I really love how his whole face crinkles up with that smile. sigh

also, compared to XZ’s shy, almost reserved smile, WWX’s smile is absolutely brighter than sunshine! <3 it's what intrigued me to watch the drama…

now I’m curious whether XZ’s ever shown such a smile before while not in character?

Ha 😮! I thot dat xz smiles as brightly as wwx!

he’s pretty bright, but WWX’s smile is a whole other level of megawatt if you ask me 😀

:)His smile is that of gigawatts!!

Loved this ost of Forest of Secrets!! Pretty sure beanies wud have been goin gaga over it in 2017, but coz i live under a rock, its ok to listen now! Ha! 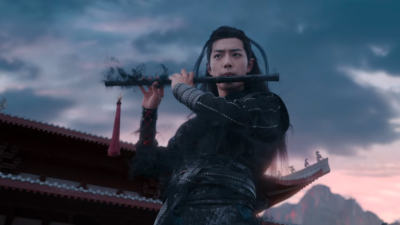 It’s a beautiful shot 😍😍😍😍 It’s one of millions that I actually took while watching this battle scene myself 🥰🥰🥰🥰 I actually wanted to make it my cover photo, but it’s too big and won’t fit 😭😭😭😭😭

Sad dat it does not fit as cover foto! I just luv d bg here!

Yea!!! There are SO MANY beautiful shots in this entire scene

This weekend I Finished watchin Forest of Secrets/Stranger!!! I may be 2 years late on this, but m glad that i cud catch this drama!! The story line is gripping, nothing short of epic!! 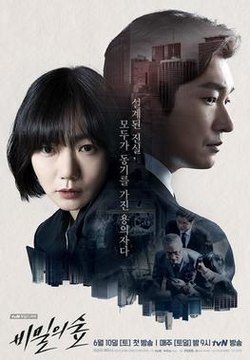 @perisanrose… If any1 else interested in my squeeeeeeeing over the Untamed, lemme know n i ll tag u… 🙂 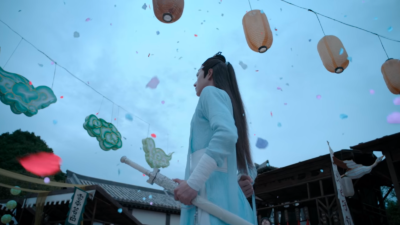 The scene where WY acknowledged that LZ is a good looking man :))

The medium shots, the (extreme) close-ups shots, all the shots in that florist scenes were beautiful!

I just fell in love with that scene! While wei ying was realizing how good looking LZ is, the director wanted us to realize how good looking wang yibo is! As if i did nt lyk him enuf in dat rabbit lantern scene alrdy

So this goes out to @persianrose! A few pics and resp. bg that I kinda liked… will update a few more soon once m finished wid d 5th…6th… maybe 12th re run! I have honestly lost count now! 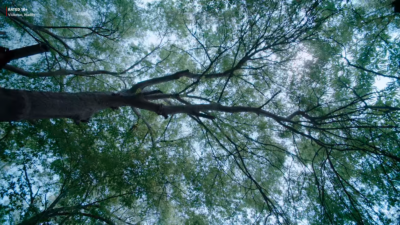 This is a beautiful shot indeed! I don’t even remember this (should I start a new run?!)

I bet u can start d re run just to watch wer the bg makes an appearance… that s 1 more reason to ogle and squee over wei ying nd lz!!

To letting go of the past! The past is simply a dream that you remember after waking up. 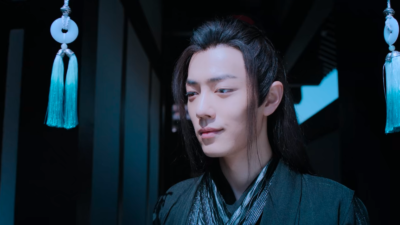 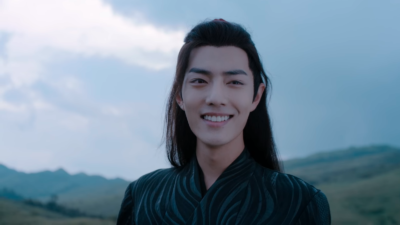 So a funny thing happened today!! Last few weeks i was waiting so much for eps of extraordinary you dat i skipped eps 9 n 10 directly to eps 11 n 12 n cud nt evn maje out wats wrong wid my undstng!!

To all the untamed beanies! 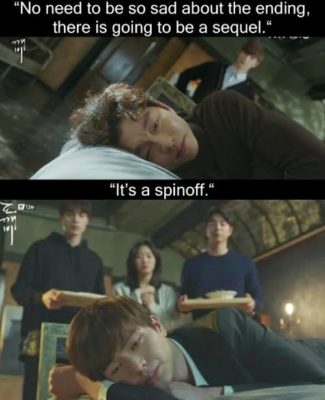